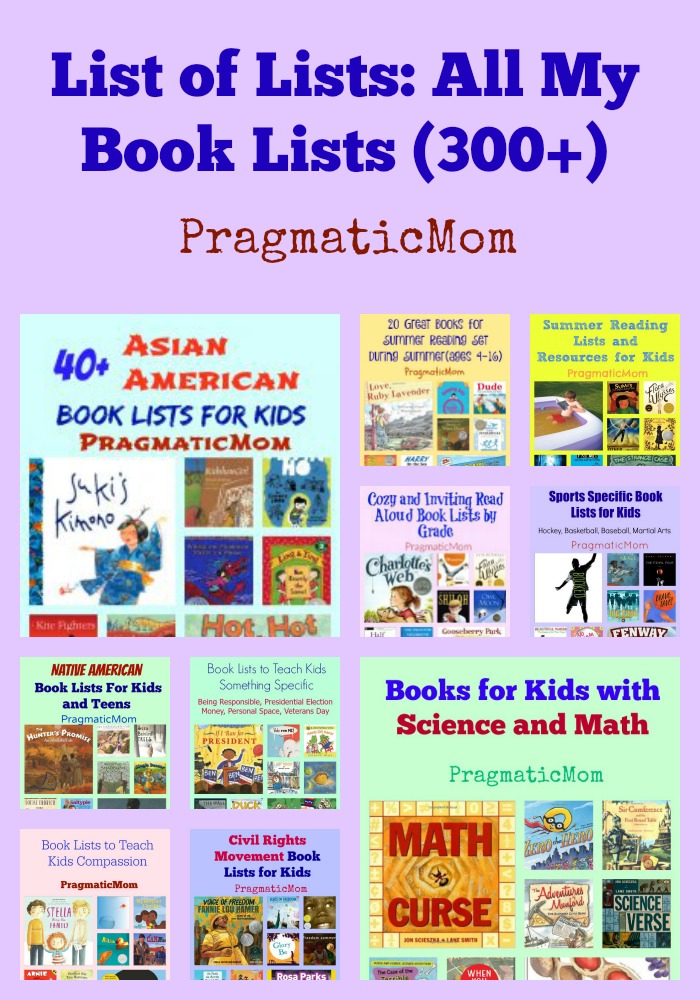 All book lists are on My List of Lists:

Find the Right Level of Book

Diverse, Multicultural, and Inclusive Book Lists for Kids and Teens

Book Lists for a Particular Location

Book Lists Around a Particular Animal

Book Lists with Science and Math

Books to Teach Kids Something Specific

Book Lists for the Seasons

My diversity book lists are on my Multicultural Books for Kids: 60+ Book Lists.

My Latino American book lists are on my Latinx American tab.

My American Indian, First Nations Canadian, and Indigenous book lists are on my Native American tab.

My LGBTQIA book lists are on my LGBTQ tab.

I have many multicultural children’s book lists that cover a range of diversity topics. They are on my Diversity Books for Kids tab.

Other book lists not included above are on my Best Books for Kids tab.