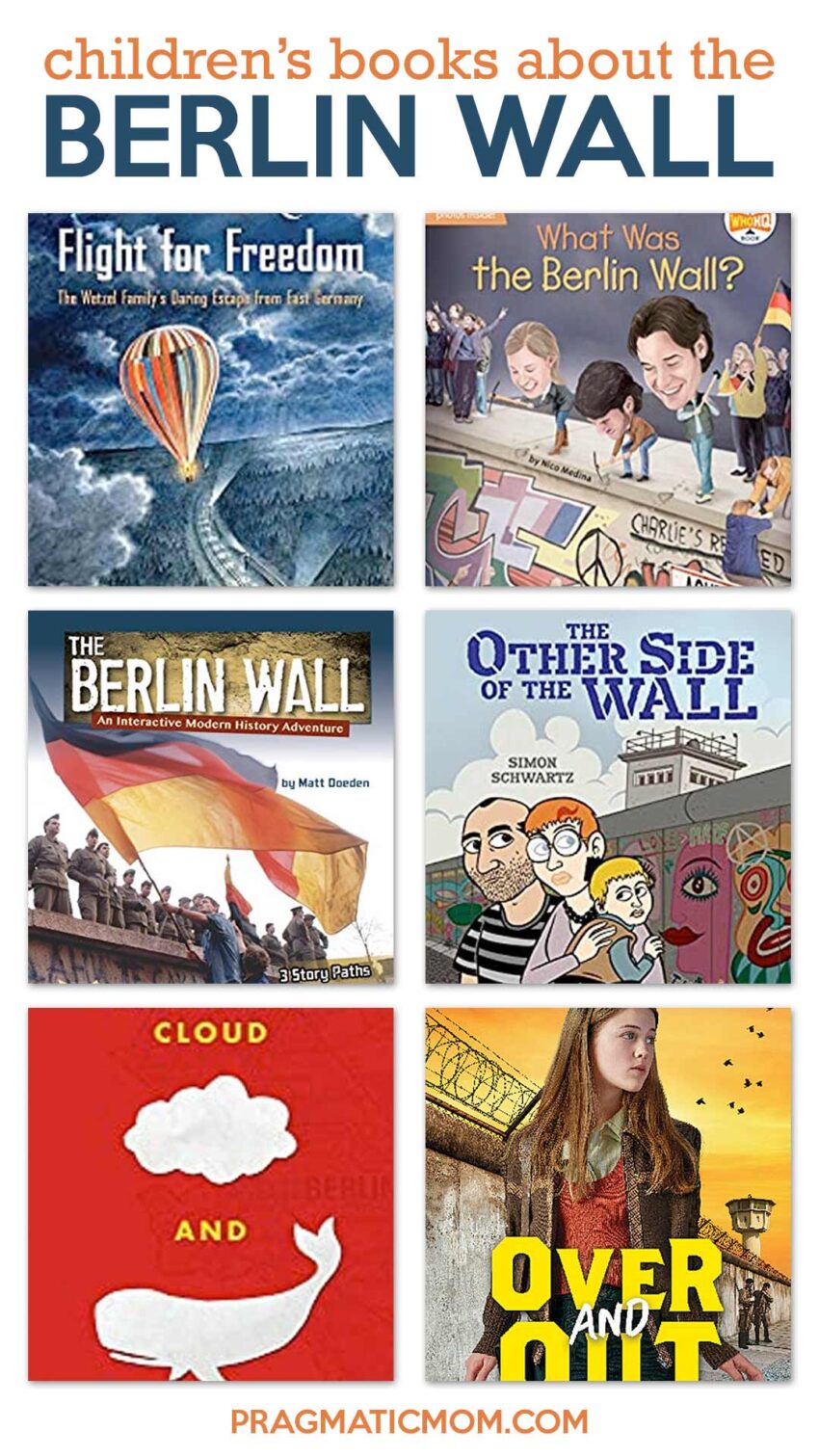 Do you remember where you were when the Berlin Wall fell? It was a big moment in history. I actually have a stronger memory of people who went to Berlin right after it fell and returned with a chunk of the wall as a memento.

I didn’t know too much about The Berlin Wall or why it came down when it did, so I decided to do a little research and came up with this book list. What books am I missing? Thanks for your suggestions!

Here’s a video that gives an overview of the Berlin Wall that kids will find fascinating!

Children’s Books About the Berlin Wall

The Wetzel family constructed their own hot air balloon based on an article about an International Balloon Fiesta in New Mexico that a family member smuggled in. Young Peter is vaguely aware of his family’s plans but all evidence disappears every morning. It is very dangerous to plan an escape from East Germany during the Cold War. The night has finally come and the family is ready, but the police have found out. Peter has to cut the tether rope to set them free. The balloon rises … then falls. Did they travel far enough to cross the border? [picture book, ages 5 and up]

What Was the Berlin Wall? by Nico Medina

This best-selling series, Who Was? typically figures around a famous person and deep dives into their childhood and their accomplishments. It’s a little trickier to explain the Berlin Wall, both why it came to be and how it came to be pulled down. Thus, What Was the Berlin Wall? is a succinct history book to explain the Cold War, but also the Cold War’s origins that date back to WWI and WWII. Kids who enjoy history will love this book but those who love Who Was? might find the people aspect to be a bit depressing. Most of the people featured were those unsuccessful in escaping. This book is well written, but it really does lean into history. Berlin Wall: An Interactive Modern History Adventure might be a better alternative for those wanting to read about people and is also a great companion to this book as it makes the history come alive. [middle grade, ages 8 and up] 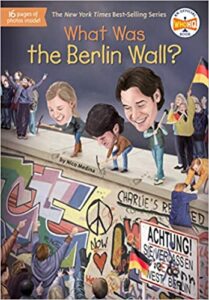 I recommend this book as a companion to What Was the Berlin Wall? There were many strategies for getting over The Berlin Wall to freedom on the other side, but all were dangerous.  In this “choose your own adventure,” the reader can try out various escape routes to find freedom or something less desirable. This series is excellent for pulling in readers to why history is exciting; the book literally makes history feel real and dramatic. This was one of my favorite books to learn about the Berlin Wall on this list. [middle grade, ages 8 and up] 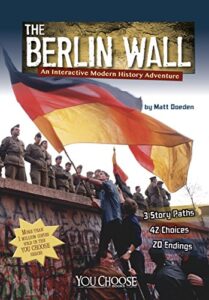 The Other Side of the Wall by Simon Schwartz

Author and illustrator Simon Schwartz was born in 1982 in East Germany, seven years before The Berlin Wall fell on November 9, 1989. Married with a young son, he and his wife decided to leave East Germany through official channels. They applied to relocate to the other side. This was a way to escape but it wasn’t without pain. Schwartz immediately was fired from his job, harassed by the secret police, and suffered disapproval from his communist parents. When the wall came down, he was able to return to his homeland and visit his parents. I wonder what his parents thought of the new Germany, and if they missed the communist regime. In a divided United States, this juxtaposition of politic beliefs that tear a family apart makes this graphic novel feel like important and relevant reading today.  [young adult graphic novel, ages 12 and up] 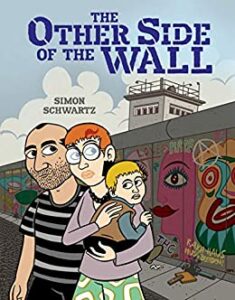 Cloud and Wallfish by Anne Nesbet

An American boy, Noah, with an Astonishing Stutter, moves to East Berlin with his parents during the cold war. During these turbulent times, he makes a friend, a girl his age, living downstairs with her grandmother. Things are not what they seem, as is always the case in Communist Germany. As Noah peels away the truth from the subterfuge, he unlocks pieces to puzzles of mysteries that involve everyone he loves. This is a historically accurate page-turner about true friendships that change the impossible. For kids who like spy books and/or realistic fiction, this is a must-read! [middle grade, ages 11 and up]

Over and Out by Jenni L. Walsh

“Sophie’s story is set in East Berlin around 1973, during the Cold War. The wall was erected in 1961 and came down in 1989. Readers will get a good glimpse of what life is like for those living there. The government provides/owns everything. Luxuries like cars must be requested. People wear what is available in stores. Food is rationed and people stand in long lines daily to get their allowance. People can’t choose their own jobs, they are assigned. Only one middle-class job is permitted in a family. Mail is opened and read. There are listening bugs planted everywhere. Those living in East Berlin can never visit West Berlin, but the same isn’t true for West Berliners.

The story is driven by a cast of young and brave characters who are multi-layered. Sophie is smart and clever, and loves science and inventing things. She was born in East Berlin — the day the wall went up — even though her family lived in West Berlin. She and her mother are trapped and assume new identities,  so they can fly under the radar for 12 years. Her mother has polio and uses a wheelchair. Her best friends are Katrina and her babysitter, Monika,18.

Sophie is approached by the Stasi (secret police) to spy on her friend, Monika who doesn’t like the job she’s been assigned. Sophie is threatened by the Stasi that if she doesn’t cooperate, her disabled mother will be sent to an institution to live. The Stasi uses psychological mind games on children to get them to spy on teachers, family, and friends. This is the turning point for Sophie and she knows she needs to find a way to escape.” [middle grade, ages 8 and up] 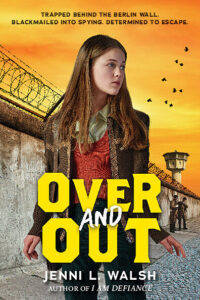 Book Lists for a Particular Location

2 thoughts on “Children’s Books About the Berlin Wall”