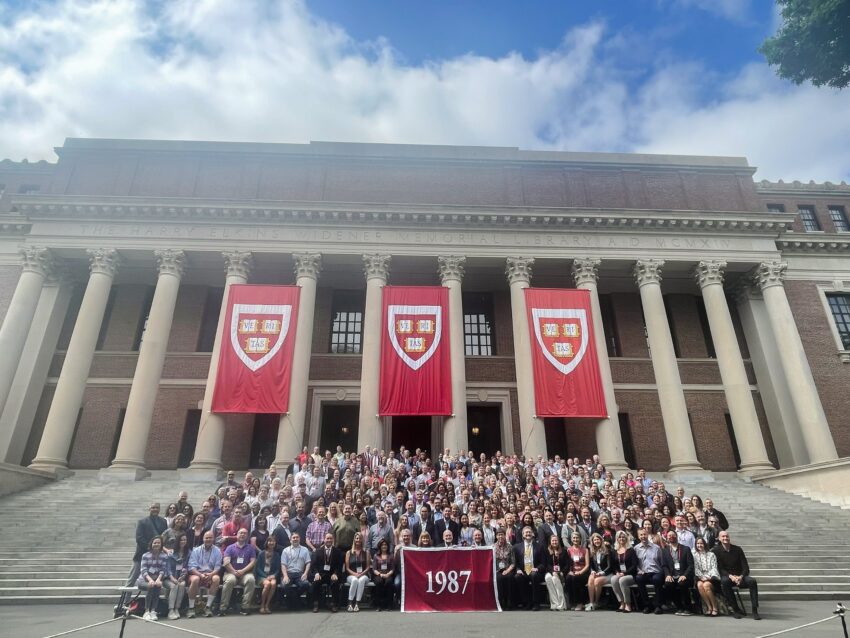 I think about a third of my classmates come for our college reunions which are held every five years. I live nearby so there’s no excuse for me not to show up. It’s also the only time I get to see most of my roommates who live out of state from me. 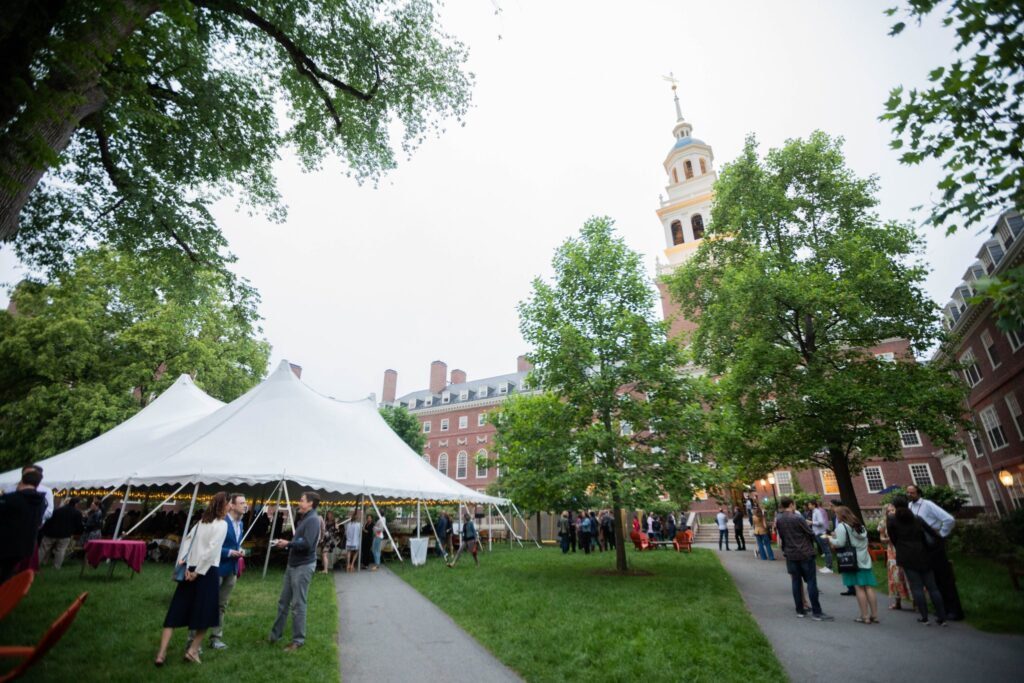 Reunions can be fraught with expectations and anxieties about being judged and feeling lacking, and yet, as the reunions progress and we age, they have become more and more fun to attend. Why? A classmate summed it up, “We were all arrogant little shi*ts who thought we knew it all when we showed up as freshmen.” And life has smoothed out some of the rough edges of teenagers who have high achievements on their resumes but can also suffer from low self-esteem and social anxiety. And why is that? The self-judgment is brutal.

It was my first time attending the memorial service for classmates who were no longer with us. I wanted to attend on behalf of Andy Pickholtz, a friend a year older who passed away this past August. I did not expect to see such a huge turnout at 9:00 am on a Saturday! The service was really amazing with classmates contributing their own creativity in the form of original songs and poems which made it really special. There were also two opportunities to recognize specific people who have passed away. Flowers were placed in the aisle and, as names were called, attendees were invited up to select a flower and place it in a vase. I was so happy to see many, many people from Winthrop House there on behalf of several housemates we have lost. 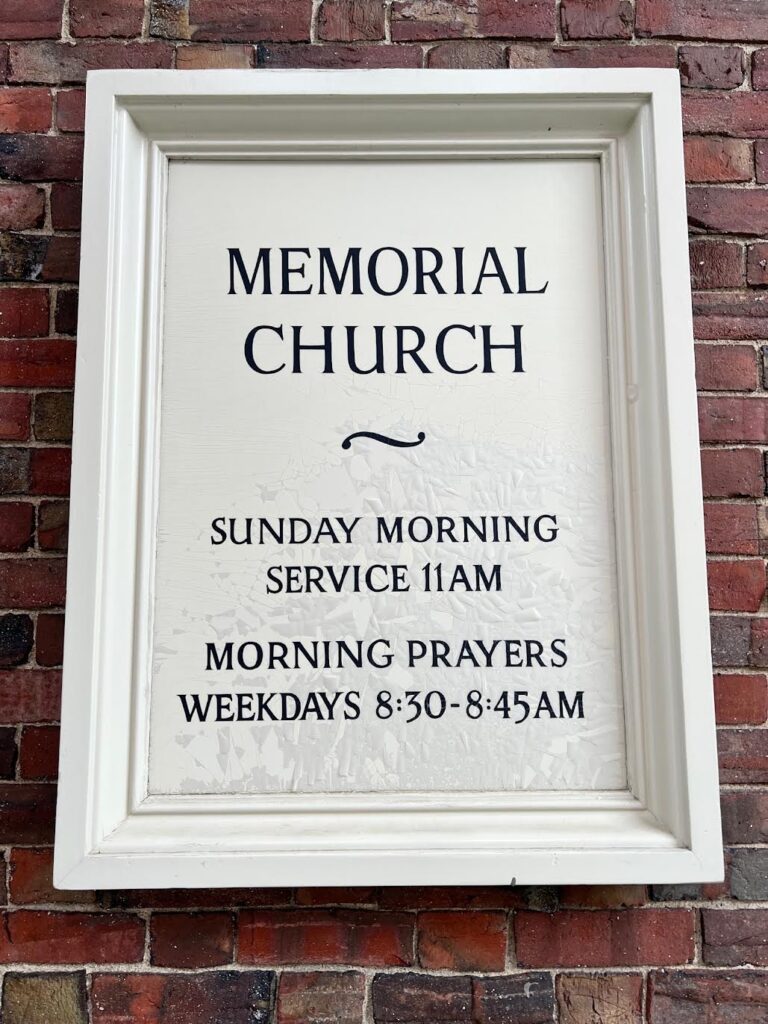 The most surprising aspect of my 35th reunion was probably how easy it was to chat with people, especially those where we both look at each other’s nametags and shrug that we definitely don’t remember ever meeting. I had a wonderful conversation with a white male classmate from Tulsa, Oklahoma when I asked if the Tulsa Massacre was taught in the public schools. He told me that the Tulsa Massacre occurred nearby and it was indeed taught in his public high school, but even more remarkable was a billionaire Jewish man, George Kaiser, also a Harvard alumnus who actually interviewed him for college, who donated vast sums of money on behalf of the Black community there. A black classmate from Oklahoma City wasn’t aware of this and also confirmed that the Tulsa Massacre was NOT taught at his public high school.

Here’s an article on George Kaiser and the philanthropic work he did in Tulsa, Oklahoma.

Kaiser has pledged his entire fortune to disrupting the cycle of poverty in Tulsa, giving more than $4 billion to the George Kaiser Family Foundation. In close to two decades, the foundation has spent about $1 billion. from Tulsa World

And that seemed to be a theme of our 35th reunion. It was about giving back whether it was the vast amount of classmates in the medical profession (hello Bruno, Ted & Mary from Winthrop House!), or classmates working on personal projects to make biking safer in Northern California (hello Susan from Winthrop House!), or classmates who dedicate their lives to the greater good for a variety of causes from climate change to eradicating poverty.

The most remarkable story was from the Glimpses series which was a series of five-minute profiles on classmates. One woman fought against poverty her entire life. After college, she started a nonprofit and dedicated her life to it for thirty years, sometimes at the expense of her kids and her health. She was booted from her own nonprofit when her seven white male board members decided to try something new, just in case there was someone better. She was devastated and spiraled into depression. In these dark times, she still found time to help others, including an impoverished Sultan from Borneo whose descendants had agreed to lease their land in perpetuity for $1500 a year. She hadn’t practiced law in twenty years but used her legal smarts to come up with a new strategy. The result?

A Spanish arbitrator has ordered Malaysia to pay US$14.92 billion plus interest and costs to the heirs to a sultanate on the island of Borneo, while criticising the state’s “intimidatory and coercive” tactics against him. from Global Arbitration Review

She said that she learned from her past bad experience and asked for 10% of the proceeds as part of her compensation. This means that she has $1.5 billion dollars coming her way. And her plans for this vast amount of money? To eradicate poverty in Borneo. God works in mysterious ways!

Michael Minor was another moving story. A pastor in rural Mississippi, he has spent his lifetime helping impoverished Black constituents get access to basic needs like health care and car seats. The Trump years were devastating but Harvard classmates, upon seeing his Facebook post, chipped in (without him even asking for financial assistance) to help his nonprofit survive. He has need for car seats and mothers willing to mentor young mothers in his area, especially on breastfeeding. If you want to help, here’s the information for Oak Hill Regional Community Development Corporation: 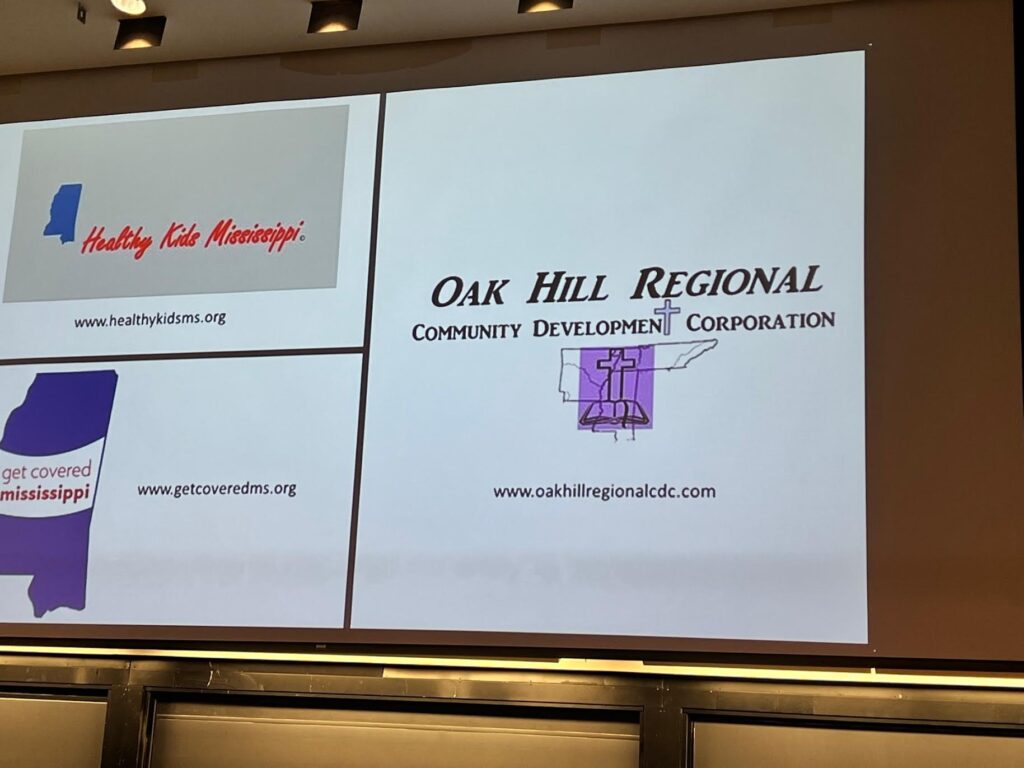 It was humbling, inspiring, and encouraging to meet classmates so focused on making the world a better place. I don’t know if all 35th reunions have this same bent, but it makes me happy that my classmates and I have all evolved over the past nearly four decades from “arrogant little sh*ts who think they know everything” to thoughtful individuals now focused on giving back. And, honestly, parenting has humbled us all. We all have struggled with work/life balance and parenting so that our children grow up to be good humans. And maybe that is our ultimate legacy.

Reflections from my 25th Harvard Reunion

Are Colleges Need Blind? Yes and NO!