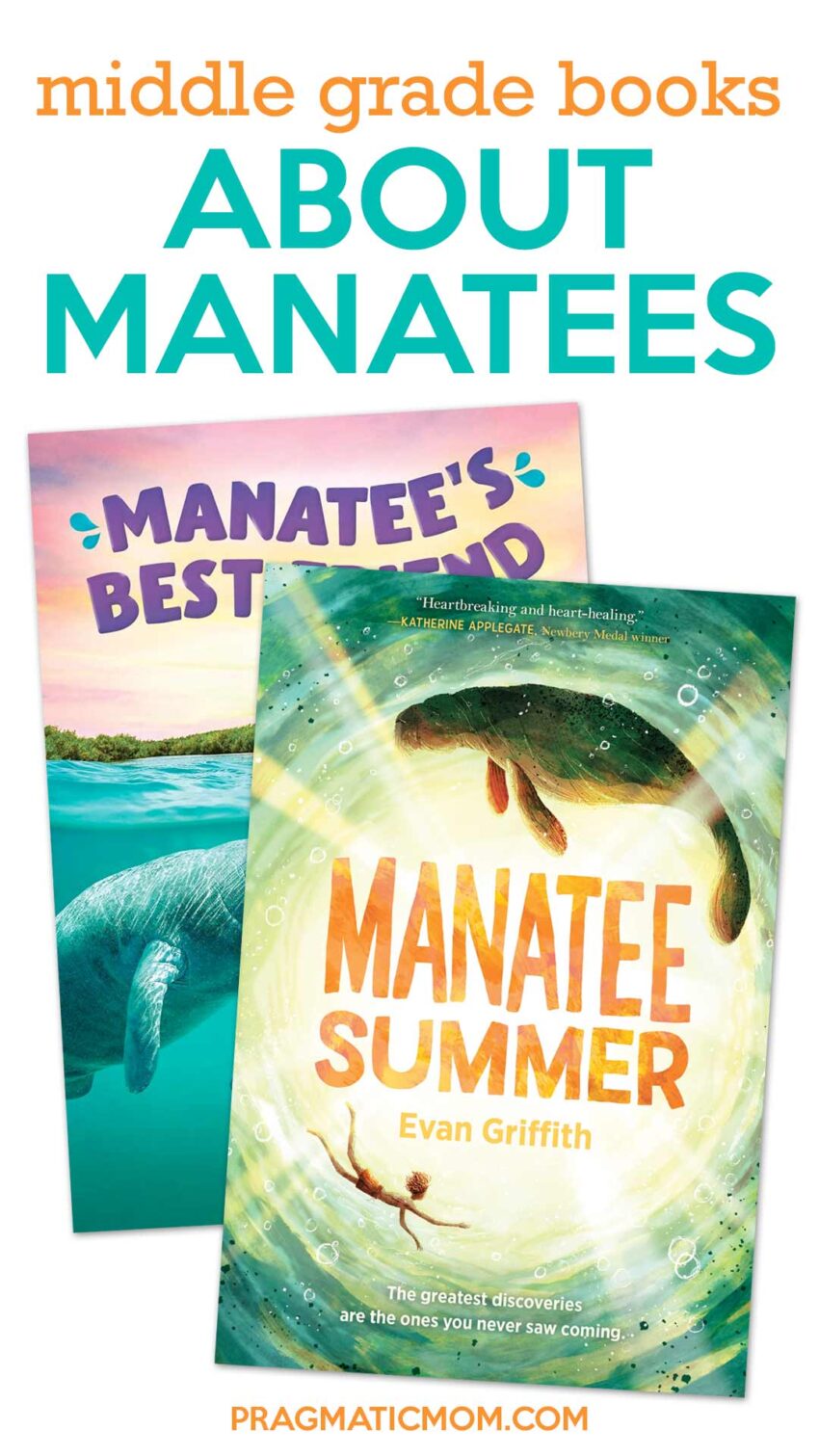 My favorite thing about North Captiva Island in Florida is the manatee sightings. I’m not alone. There are always throngs of people parking their golf carts when the manatees come to this small dock to just hang out. They don’t need to do much — just emerge from the water to pop their heads out once in a while and our phones are all out ready to record them.

My kids went kayaking around the island and saw the saddest sight — a bone-white manatee floating upside down. They didn’t know what killed the manatee. It could have been the cold spell. The boats slow down near the island most of the time, but it could have been a boat collision. There wasn’t red algae at the time, but I wonder if there were other environmental hazards like plastics that kill the manatees.

Sadly, manatees are also dying at an alarming rate after only being taken off the endangered species list in 2017. During the first nine months of 2021, nearly 10% of Florida’s manatee population died—more than double the five-year average. Many of those deaths were due to water quality issues impacting the growth of seagrass, one of the manatee’s primary food sources.

Boat strikes, habitat loss and toxic algae blooms also threaten the species, but far too many are dying of simple starvation. According to WUSF, at least 58% of the seagrass in the northern Indian River Lagoon has been lost since 2009, and at least 96% of the Banana River‘s seagrass is gone. Both river habitats have long served as winter homes for manatees.

To help stave off starvation, officials with the Florida Fish and Wildlife Conservation Commission (FWC) have staged a salad intervention of sorts. CNN reports that around 350 manatees are currently coming to a temporary field response station in Cape Canaveral to get their daily servings of romaine and butter lettuce. Since the feeding program started, it has served between 25 and 800 manatees a day.

The sea cows salad bar serves up 3,000 pounds of lettuce a day, and officials say it’s helping. from Upworthy

@LorenzotheCat on Twitter posted, “Bravo—more than 50,000 pounds of donated lettuce have been fed to starving Florida manatees to keep them alive this winter, thanks to a program directed by @MyFWC.” 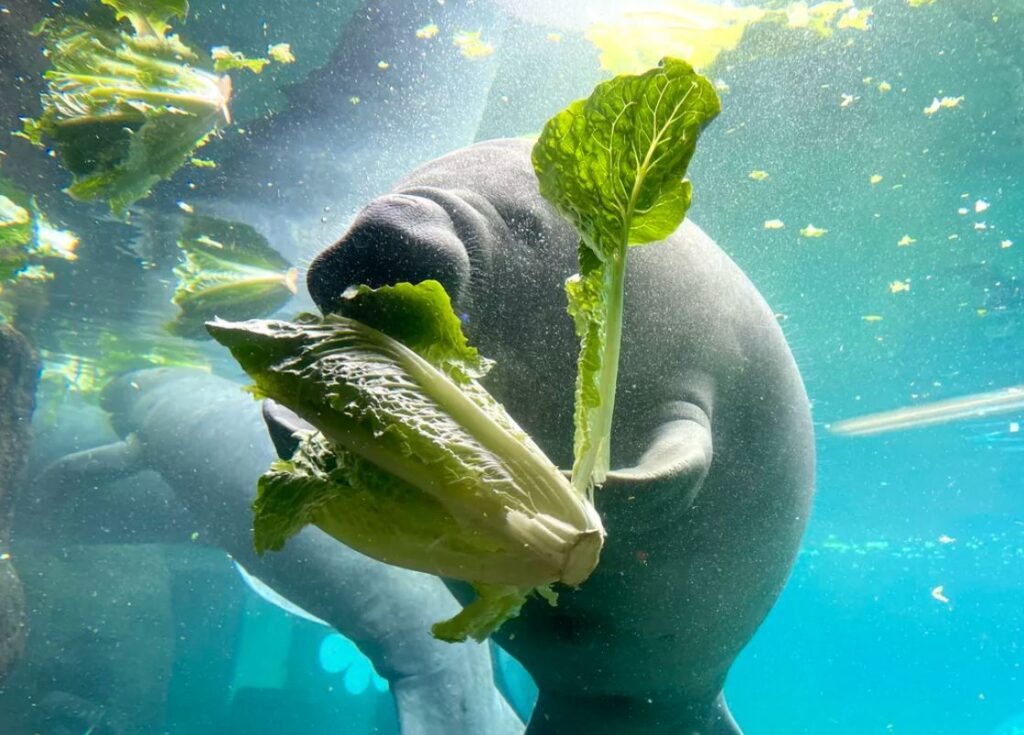 During our most recent trip, a mother manatee and her baby were frequent visitors to the small dock. They were marvelous to see. The baby always stayed near the mama and they often went up for air in unison. At one point, we counted seven or eight manatees in the water.

I think there is enthusiasm for manatees, but I haven’t seen many in children’s books until this year. I’m delighted that Sylvia Liu’s book is the first to emerge. As an environmental attorney who worked for the nonprofit, Oceana, she’s the perfect person to raise awareness for manatees, just like Becca Wong Walker in her middle grade story.

Becca Wong Walker is on the extreme side of introverted. Her only friends are the manatees, Missy and her baby, that visit outside her home. A science project puts Becca uncomfortably in a group with her new next-door neighbor, Amelia, and Deion, the class clown. Becca is able to get her group to do their science project on the manatees, but when video footage of Missy, her baby, and a dolphin, go viral, things spin out of control. Will Becca lose her new friends and put her beloved manatees in more danger? The only want out might be to speak out at the city council meeting in front of all the adults. Can Becca be a voice for the manatees? [middle grade, ages 8 and up]

There is a reference to Greta Thunberg in Manatee’s Best Friend and it made me wonder if Greta inspired Becca’s character.

How Greta Thunberg’s autism helped make her the world’s most important person for 2020 via The Hill.

Is Greta Thunberg ‘Disabled’ Or A Superhero? Two Sides To Neurodiversity via Forbes.

This is not to say that Becca Wong Walker is neurodiverse or on the autism spectrum, but being extremely shy can also make communication challenging. I’d be fascinated to learn more from Sylvia Liu about her book!

Peter and his best friend, Tommy, have a goal for their last summer before middle school: finish their Discovery Journal, a catalog of the wildlife around their Florida town. When they spot a manatee in a canal, Peter knows they’ve found something special—and when the manatee is injured by a boat, something to protect!

As Peter joins the fight to save Florida manatees, he also finds himself taking care of his ailing grandfather and facing an unwelcome surprise that jeopardizes his friendship with Tommy. Soon Peter is adrift, navigating shifting tides and realizing that he has as much to discover about himself as he does about the world around him. [middle, ages 8 and up]

Here is my footage of the manatees of North Captiva Island. The professional boat captains are careful to navigate their boats slowly close to the island and be on the lookout for the manatees. But there are a lot of boats coming in and out all day. What can we do as individuals to keep the manatees safe?

@MiamiFoundation on Twitter says, “Hungry #manatees have eaten 25 TONS of lettuce from an emergency feeding program, started due to declining seagrass ecosystems. 💙Experts discourage feeding wild animals, as they will associate humans with food. Instead, consider donating to a manatee org.” 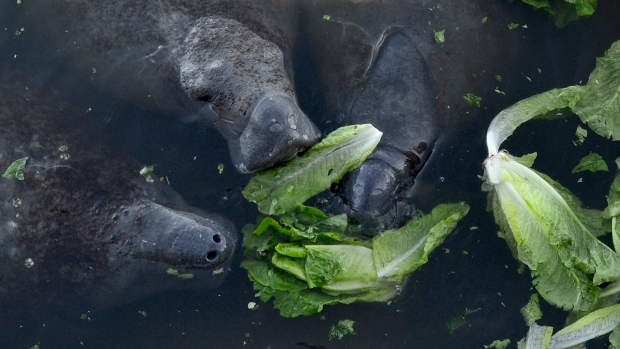 Looking at the big picture, there are an estimated 8,800 or so manatees in Florida waters. That’s a big improvement from the roughly 2,000 animals in the 1990s, part of the reason they were delisted from endangered to threatened by the federal government.

But even with this unusual die-off, Reinert said there’s only a 1% chance of manatees becoming extinct in the wild any time soon. The key will be restoring seagrass beds, which is a long-term project funded by $8 million in state dollars so far.

“You can’t just go out and plant a bunch of seagrass,” he said. “Projects are getting started and are in the planning stages.” from Miami CBS Local

Here are some easy tips.

From Save the Manatee:

Save the Manatee Club

Save the Manatee is a 501 non-profit group and membership organization dedicated to the conservation of manatees. The organization was founded in 1981 by singer and songwriter Jimmy Buffett and Governor of Florida Bob Graham. There are currently about 40,000 active members of SMC.

What are your encounters with manatees? Thanks for sharing!

Are Crabs Crabby? And Other Egregious Misconceptions

Our Hawk Adolescents Gave Us a Goodbye Present