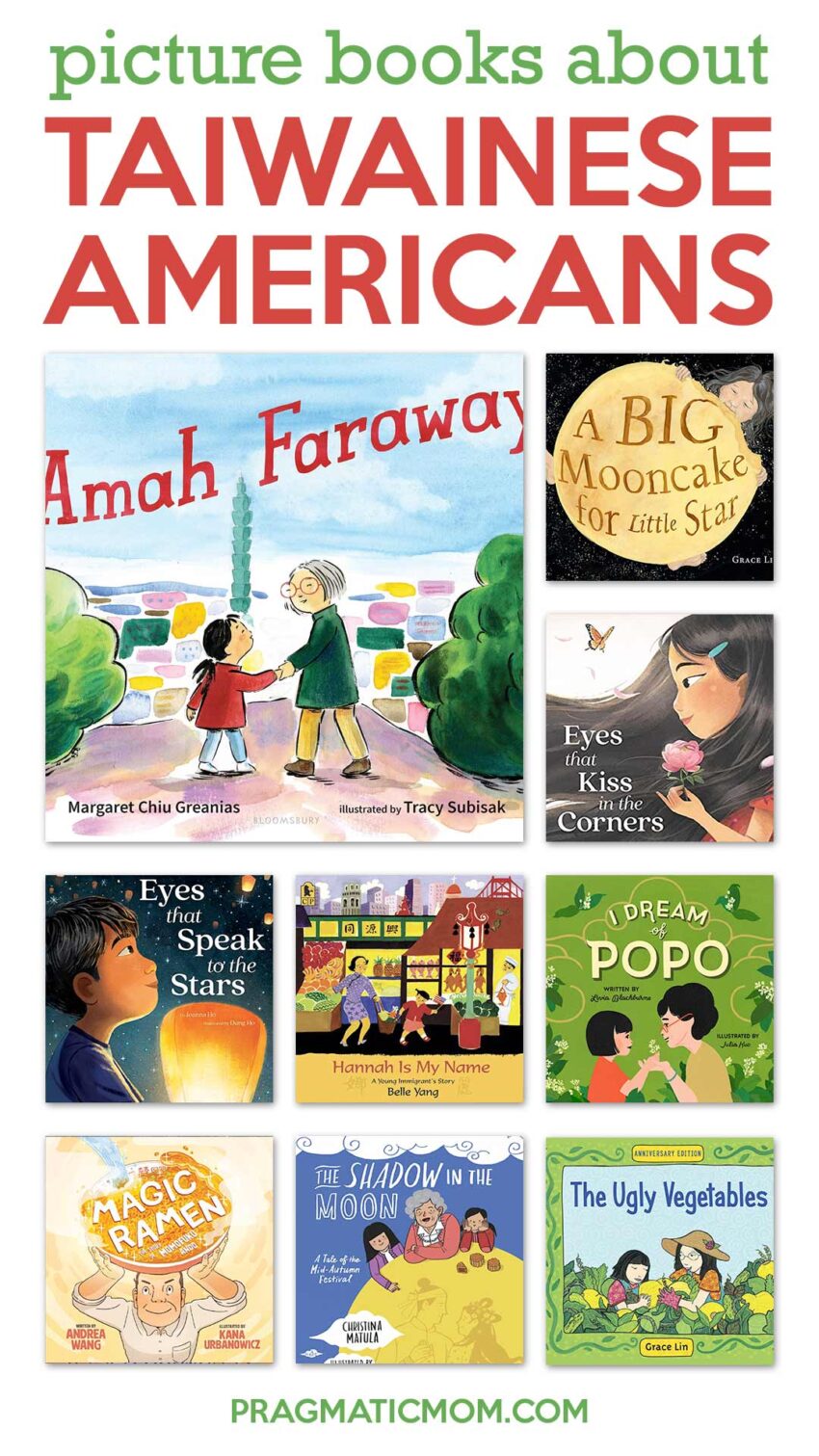 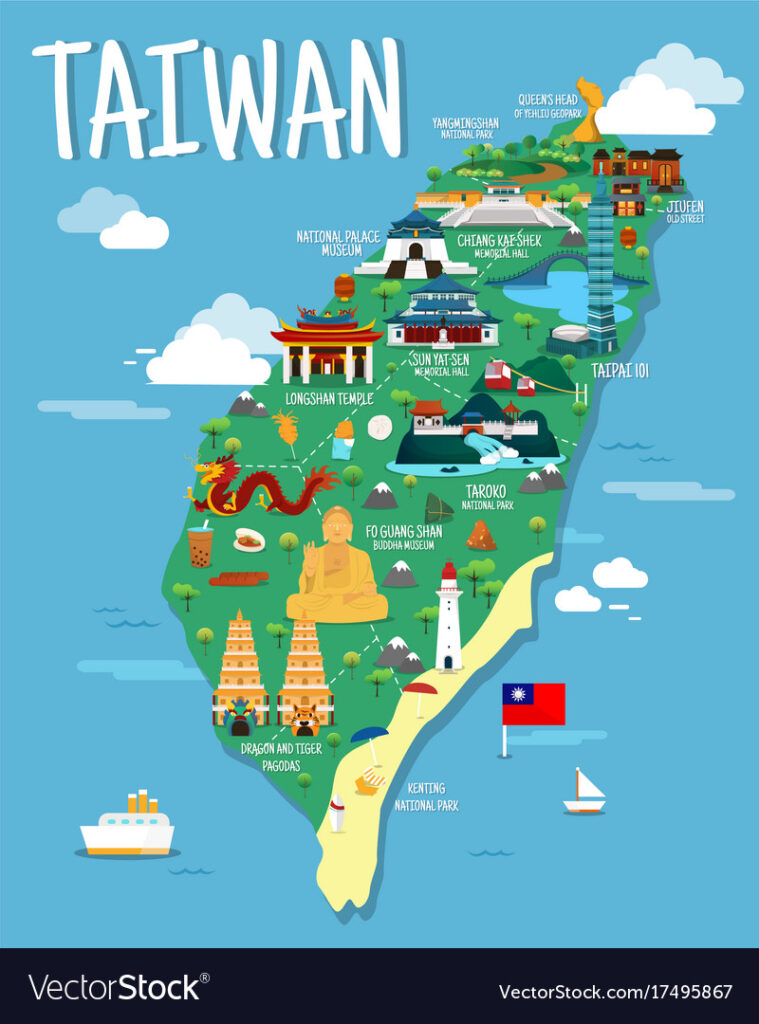 Taiwan’s history in brief from Britannica:

Prior to the 1600s, Taiwan was self-governing, although there was no central ruling authority. It was a colony of the Netherlands for about 40 years in the early to mid-17th century and was subsequently independent again for about two decades. China gained control there in the late 17th century and ruled Taiwan for some two centuries. Japan acquired Taiwan in 1895 following the first Sino-Japanese War, and it became a colony.

Taiwan was returned to Nationalist Chinese control in 1945 following Japan’s defeat in World War II. However, in 1949 Chinese communist armies defeated Nationalist forces on the mainland and established the People’s Republic of China there. The Nationalist government and armies fled to Taiwan, again resulting in the separation of Taiwan from China. In the ensuing years the ROC claimed jurisdiction over the Chinese mainland as well as Taiwan, although in the early 1990s Taiwan’s government dropped this claim to China. The Chinese government in Beijing has maintained that it has jurisdiction over Taiwan and has continued to propound a one-China policy—a position that few countries in the world dispute. There has been no agreement, however, on how or when, if ever, the two entities will be reunified.

Today is the release day for her picture book, Amah Faraway!

…this is a poignantly emotional and highly relatable story for children whose grandparents or other family members might live far away, but also one that teaches universal lessons about overcoming fears of the unfamiliar.” –starred review from School Library Journal

Taiwanese-American girl named Kylie visits her Amah faraway in Taipei. They don’t see each other often enough, so the culture, customs, food, and even family feel unfamiliar to Kylie–until Amah takes her to soak in the hot springs. There, tempted by warm waters, Kylie splashes with Amah beginning a new-found openness to things Kylie had previously regarded with wariness. The modified reverse poem format highlights Kylie’s emotional change as the story’s tone shifts from cautious to hopeful and exuberant. [picture book, ages 3 and up]

We are giving away Amah Faraway. To enter, please fill out the Rafflecopter at the bottom!

A little girl named Star promises she will not eat the mooncake her mother made in this original folktale by Taiwanese American author/illustrator Grace Lin. Each night, Star forgets her promise, nibbling the mooncake when she is supposed to be sleeping. Until finally, the mooncake is all gone. This simply told, delightfully illustrated story was awarded the Caldecott Honor and also serves as a fun introduction to the phases of the moon. [picture book, ages 4 and up]

Eyes that Kiss in the Corners by Joanna Ho, illustrated by Dung Ho

While a Taiwanese-American girl admires other girls’ big eyes and long lashes, she embraces her own. She recognizes how her eyes connect her to loved ones whose eyes look much like her own and ultimately, how they reflect the heritage of her past and hope for the future. This beautifully written, lyrical story begins with a relatable feeling of being different and ends with a powerful message to be shared with anyone whose eyes kiss in the corner. [picture book, ages 4 and up]

Eyes that Speak to the Stars by Joanna Ho, illustrated by Dung Ho

When a friend draws a picture of him with lines for eyes, a Taiwanese-American boy seeks comfort from his father. The boy comes to recognize how his eyes connect him to his grandfather, father, and little brother. He finds power in his eyes and realizes that he controls his own destiny. This book, like its companion Eyes That Kiss in the Corners, is beautifully written with an uplifting tone that embraces ancestry, culture, and empowerment for the future. [picture book, ages 4 and up]

Hannah is My Nameby Belle Yang

A girl, given the American name Hannah, immigrates with her parents from Taiwan to the United States. While they await the green cards that will make them legal, they must earn money and live while staying out of sight from the authorities who want to deport them.  This immigration tale highlights the challenges some families face on their journey to becoming American. Hannah is My Name provides important insights into struggles normally hidden from view. [picture book, ages 5 and up]

I Dream of Popo by Livia Blackburne, illustrated by Julia Kuo

A girl immigrates from Taiwan to the United States, leaving behind her homeland and her beloved Popo. As she learns the language of her new country, the girl grows less familiar with her mother tongue. She finds it difficult to communicate with Popo. Despite their language barrier and physical separation, they remain close. And, when Popo passes away, they communicate with ease in the girl’s dreams. The masterful text and illustrations place readers squarely into the main character’s mental and physical worlds, stirring up deep emotions in this bittersweet and poignant story. [picture book, ages 4 and up]

Momofuku Ando was a Taiwanese man who immigrated to Japan. He dreamed of solving Japan’s food shortage which was the result of WWII. After much trial and error, he turned ramen noodles, a dish that normally takes hours to prepare, into a dish made by simply adding hot water. In a story that highlights persistence, Ando invented instant ramen which is sold and enjoyed around the world today. MAGIC RAMEN will help readers develop an appreciation for things that seem simple, like instant ramen. [picture book, ages 4 and up]

A girl and her family come together to celebrate Mid-Autumn Festival when they give thanks for the harvest and make a wish for the year ahead. Ah-ma tells her grandchildren the legend of Hou Yi and Chang’e, whose image appears on the mooncakes that are a favorite part of a Mid-Autumn feast. Afterward, the girl’s wish for the year ahead reflects a new appreciation for family. Mid-Autumn Festival, while lesser-known in the United States, is a Chinese holiday second only to Lunar New Year. THE SHADOW IN THE MOON serves as a good way to introduce its significance to young ones. [picture book, ages 5 and up]

The Ugly Vegetables by Grace Lin

In this story, inspired by Grace Lin’s childhood experience, a girl helps her mother grow a vegetable garden. Not just any vegetable garden–a Chinese vegetable garden. Unlike their neighbors’ gardens full of colorful and bright flowers that attract butterflies and bees, their garden grows big, bumpy, hard, and even icky-colored yellow vegetables. However, when her mother harvests the vegetables and makes an incredible smelling soup that has the whole neighborhood knocking at their door, the girl can finally appreciate their ugly garden. Relatable even if your family did not grow an ugly vegetable garden, Grace Lin’s masterful words and illustrations work together to create a highly impactful story. [picture book, ages 4 and up]

We are giving away Amah Faraway. To enter, please fill out the Rafflecopter below! We can only mail to U.S. and A.F.O. addresses. 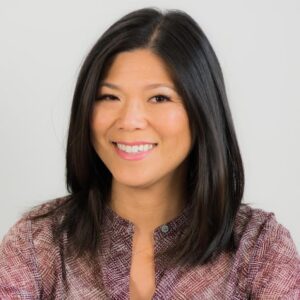 Margaret Chiu Greanias is the author of Amah Faraway and Maximillian Villainous. The daughter of Taiwanese immigrants, she grew up in New York, Texas, and California, while her Amah lived faraway in Taipei. This book was inspired by her childhood memories visiting her Amah—exploring night markets, splashing in hot springs, and connecting with relatives—and by her children experiencing Taiwan with their Amah for the first time. She currently lives in the San Francisco Bay Area with her husband, three children, and a fluffle of dust bunnies. Find her online at margaretgreanias.com, and on Twitter and  Instagram.

There is such a diversity of Chinese American books for kids from philosophy, culture, and contemporary times.

I wanted to show the breadth and depth of Chinese American books for kids. These were our favorites.

4th of July Picture Books with an Asian Twist

Fourth of July from a Chinese American immigrant’s perspective via picture books. Yep, this is what I blog about!

Grace Lin’s Latest Chapter Book is Her Best Ever!

I’m a huge fan of Grace Lin. I consider her the Amy Tan of children’s literature.

I love the Pacy series which is based on Grace Lin’s life. This chapter book about her trip to Taiwan actually covers several of Lin’s own summer vacations.