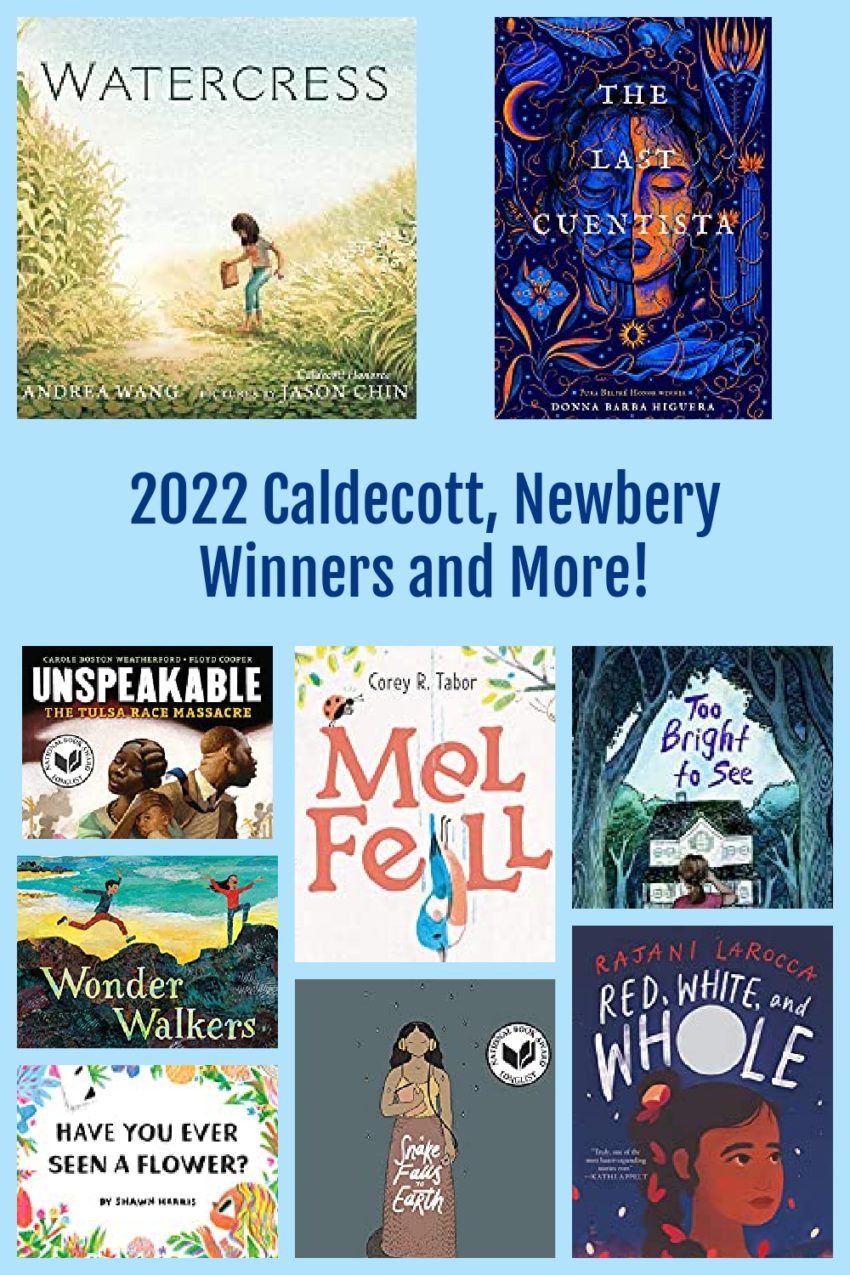 The 2022 Caldecott, Newbery Winner and More! Youth Media Awards will be announced at 8 a.m. CST today during the ALA Midwinter Meeting & Exhibition which is virtual via YouTube!

Have You Ever Seen a Flower? by Shawn Harris

We Are Not Free by Traci Chee

A Snake Falls to Earth by Darcie Little Badger

Too Bright to See by Kyle Lukoff

The Firekeeper’s Daughter by Angeline Boulley

Revolution In Our Time: The Black Panther Party’s Promise to the People by Kekla Magoon

The Geisel Award is given annually to the author(s) and illustrator(s) of the most distinguished American book for beginning readers published in English in the United States. When will the Geisel award be renamed?

I Hop by Joe Cepeda

Nothing Fits a Dinosaur by Jonathan Fenske

Child of the Flower-Song People: Luz Jiménez, Daughter of the Nahua by Gloria Amescua, illustrated by Duncan Tonatiuh

Fifteen Hundred Miles from the Sun by Jonny Garza Villa

Somewhere Between Bitter and Sweet by Laekan Zea Kemp

Where I Belong by Marcia Argueta Mickelson

¡Vamos! Let’s Cross the Bridge by Raúl The Third (Gonzalez

May Your Life Be Deliciosa illustrated by Loris Lora, written by Michael Genhart

In the Meadow of Fantasies (Haft Asb Haft Rang) by by Hadi Mohammadi, illustrated by Nooshin Safakhoo and translated by Sara Khalili

The Most Beautiful Story (Den Finaste Historia) by Brynjulf Jung Tjønn, illustrated by Øyvind Torseter and translated by Kari Dickson

The Excellence in Early Learning Digital Media Award is given to a digital media producer that has created distinguished digital media for an early learning audience.

“Tab Time produced by Kids at Play and Scale Productions

Carnegie Award for Fiction is

The Thousand Crimes of Ming Tsu by Tom Lin

Carnegie Winner of the Carnegie Award in Non-Fiction

A Little Devil in America: In Praise of Black Performance by Hanif Abdurraqib

The Children’s Literature Legacy Award honors an author or illustrator whose books, published in the United States, have made, over a period of years, a substantial and lasting contribution to literature for children.

Grace Lin is the winner of the 2022 Children’s Literature Legacy Award honoring an author or illustrator, published in the United States, whose books have made a significant and lasting contribution to literature for children. Her numerous works include The Ugly Vegetables (Charlesbridge, 1999) and The Year of the Dog (Little, Brown and Company, 2006).

The Margaret A. Edwards Award, established in 1988, honors an author, as well as a specific body of his or her work, for significant and lasting contribution to young adult literature. The annual award is administered by YALSA and sponsored by School Library Journal magazine.

The winner is A.S. King! A.S. King wins the 2022 Edwards Award for Ask the Passengers, Glory O’Brien’s History of the Future, and Please Ignore Vera Dietz.

The Robert F. Sibert Informational Book Medal is awarded annually to the author(s) and illustrator(s) of the most distinguished informational book published in the United States in English during the preceding year. The award is named in honor of Robert F. Sibert, the long-time President of Bound to Stay Bound Books, Inc. of Jacksonville, Illinois. ALSC administers the award. Silbert Informational Winner and Honor Books 2016

The People’s Painter: How Ben Shahn Fought for Justice with Art by Cynthia Levinson, illustrated by Evan Turk

We Are Still Here!: Native American Truths Everyone Should Know by Traci Sorell, illustrated by Frané Lessac

Home Is Not A Country by Safia Elhillo

Revolution in Our Time: The Black Panther Party’s Promise to the People by Kekla Magoon

The People Remember by Ibi Zoboi, illustrated by Loveis Wise

The Me I Choose To Be by Regis & Karan Bethencourt

We Wait for the Sun illustrated by Raissa Figueroa, written by Dovey Johnson Roundtree & Katie McCabe

Me (Moth) by Amber McBride

The Me I Choose To Be by Regis & Karan Bethencourt

The annual award is presented in even years to an African American author, illustrator, or author/illustrator for a body of his or her published books for children and/or young adults, and who has made a significant and lasting literary contribution.

My City Speaks by Darren Lebeuf, illustrated by Ashley Barron

A Walk in the Words by Hudson Talbott

A Sky-Blue Bench by Bahram Rahman, illustrated by Peggy Collins

A Bird Will Soar by Alison Green Myers

Stuntboy, in the Meantime by Jason Reynolds, illustrated by Raúl the Third

A Kind of Spark by Elle McNicoll

Words in my Hands by Asphyxia

A Face for Picasso: Coming of Age with Crouzon Syndrome by Ariel Henley

The One Hundred Years of Lenni and Margot by Marianne Cronin

The Witch’s Heart by Genevieve Gornichec

The Library of the Dead by T.L Huchu

How Lucky by Will Leitch

The Rose Code by Kate Quinn

Crossing the Line: A Fearless Team of Brothers and the Sport That Changed Their Lives Forever by Kareem Rosser

Too Bright to See by Kyle Lukoff

The Darkness Outside Us by Eliot Schrefer

Ace of Spades by Faridah Àbíké-Íyímídé

Me (Moth) by Amber McBride

What Beauty There Is by Cory Anderson

Ambushed!: The Assassination Plot Against President Garfield by Gail Jarrow

Black Birds in the Sky: The Story and Legacy of the 1921 Tulsa Race Massacre by Brandy Colbert

From a Whisper to a Rallying Cry: The Killing of Vincent Chin and the Trial that Galvanized the Asian American Movement by Paula Yoo

In the Shadow of the Fallen Towers: The Seconds, Minutes, Hours, Days, Weeks, Months and Years After the 9/11 Attacks by Don Brown

The American Indian Youth Literature Awards are presented every two years. The awards were established as a way to identify and honor the very best writing and illustrations by and about American Indians. Books selected to receive the award will present American Indians in the fullness of their humanity in the present and past contexts. 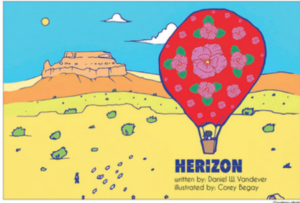 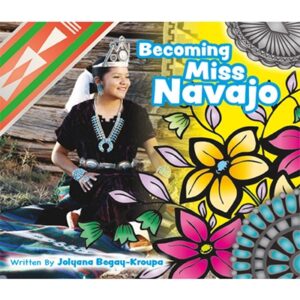 I Sang You Down From the Stars by Tasha Spillet-Sumner (Cree and Trinidadian), illustrated by Michaela Goade (Tlingit & Haida)

We Are Still Here! Native American Truths Everyone Should Know by Traci Sorell (Cherokee), illustrated by Frané Lessac

Healer of the Water Monster by Brian Young (Diné)

The Sea in Winter by Christine Day (Upper Skagit)

Apple (Skin to the Core) by Eric Gansworth (Onondaga)

Hunting by Stars by Cherie Dimaline (Metis Nation of Ontario)

Named in memory of Sydney Taylor, author of the classic All-of-a-Kind Family series, the award recognizes books for children and teens that exemplify high literary standards while authentically portraying the Jewish experience.

The Passover Guest by Susan Kusel, illustrated by Sean Rubin

The City Beautiful by Aden Polydoros

Nicky & Vera: A Quiet Hero of the Holocaust and the Children He Rescued by Peter Sis

The Last Words We Said by Leah Scheier

The Summer of Lost Letters by Hannah Reynolds

The Body of Work Award has been given twelve times in the 50-year history of the Sydney Taylor Awards.

The Sydney Taylor Body-of-Work Winner, which recognizes an author or entity who has made a substantial contribution over time to the genre of Jewish children’s literature, is Jane Yolen.

Author of more than 400 books, she has received Sydney Taylor Honors for Naming Liberty, in 2009 and Miriam at the River, in 2021, and two Sydney Taylor Notables. Her middle grade novel, The Devil’s Arithmetic, won both the National Jewish Book Award and the 1988 Sydney Taylor Book Award.

The National Jewish Book Awards program began in 1950 when the Jewish Book Council presented awards to authors of Jewish books at its annual meeting. 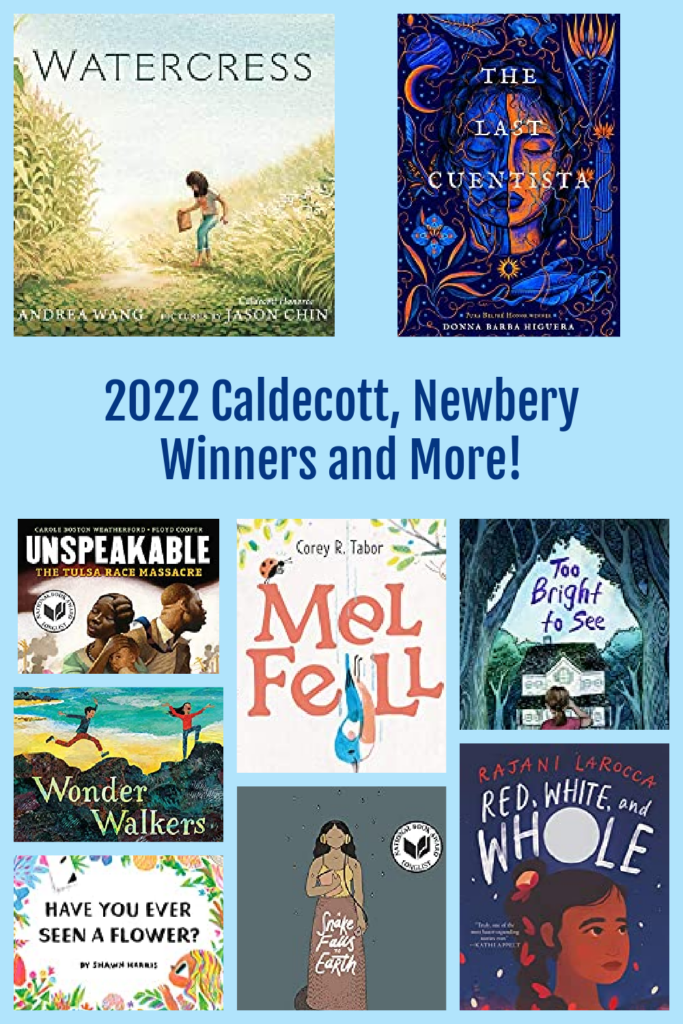