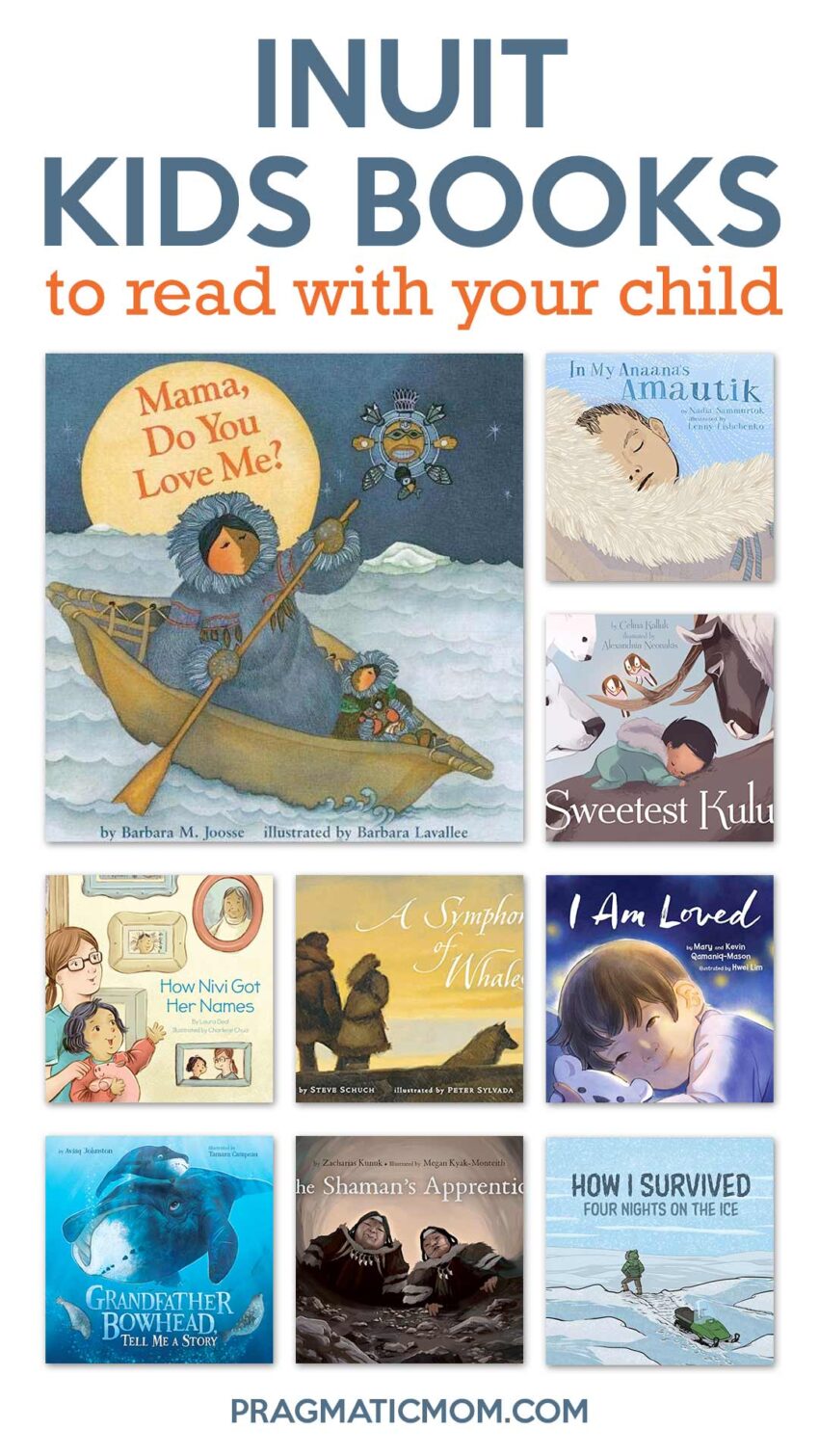 I was so happy to get some Inuit picture books sent to me and I wanted to learn more about the Inuit.

The Inuit are a group of culturally similar indigenous peoples inhabiting the Arctic regions of Greenland, Canada, and Alaska. The Inuit languages are part of the Eskimo–Aleut languages also known as Inuit-Yupik-Unangan and also as Eskaleut. from Wikipedia

Many of the picture books on this list have Inuit words — Inuktitut — which is the traditional oral language of Inuit in the Arctic. “Spoken in Canada and Greenland, as well as in Alaska, Inuktitut, and its many dialects are used by peoples from region to region, with some variations. … Other peoples to use this written system were the Alaskan Yupik and Inupiat, and the Siberian Yupik…

Today, Arctic peoples from different regions speak their own dialects of Inuktitut, Yupik, and Inupiaq languages. The differences may be as minor as tone or sound variations or may include different word usage altogether.” from Library and Archives Canada

Let’s celebrate Indigenous Peoples Day with these Inuit Picture books! What are your favorites? Thanks for sharing!

Mama, Do You Love Me? by Barbara M. Joose

The Inuit culture and Arctic wildlife are highlighted in this board book of the familiar question that children like to pose to their parents.

The little girl probes her mother’s love for her with different scenarios to test her: breaking Ptarmigan eggs, putting lemmings in her mukluks, running away, or turning into a polar bear. No matter what, the mama assures her daughter that she will love her, no matter what, forever and for always. [board books, ages 1 and up]

An old woman finds a freezing bear cub on the ice edge. It had no mother so she took him home and raised her like her own child. The village embraced the polar bear as he grew up, big and strong. The polar bear was gentle with the children and hunted on behalf of the village. One day, when the men went hunting with the polar bear, another village happened upon the bear and hunted him, wounding him before his villagers could call off the hunter. The old woman nursed her polar bear back to health and told him to return to the wild. It’s a difficult goodbye but every year, they meet in the winter. Polar bear son and mother. [picture book, ages 5 and up] 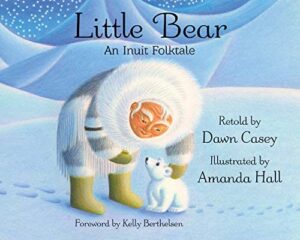 An amautik is the fur parka worn by women with a built-in pouch just below the hood to carry a baby or toddler. Children up to two years of age stay warm and cozy with their mamas (anaana). In this story, the child carried in his or her mother’s amautik feels loved and warm. Use this book to talk about how babies and toddlers are transported in other cultures. I used a Baby Bjorn for my kids and my husband carried our toddlers in a special backpack called a Kelty. [picture book, ages 0 and up]

Celina Kalluk, an acclaimed Inuit throat singer, wrote this love song to a newborn baby who is blessed by gifts from all the animals of the artic. “Kulu” is a word of endearment in Inuktitut. [picture book, ages 0 and up]

How Nivi Got Her Names by Laura Deal, illustrated by Charlene Chua

Learn about the Inuit Kinship Naming Practices: many Inuit are born with a multitude of names, as opposed to the more common Western way of naming with a first name, middle name, and last name.

Nivi’s full name is Niviaq Kauki Baabi Irmela Jamsie. Each of her names was chosen carefully to reflect the many connections she has from influences past and present. For example, because she’s adopted from another family through Inuit custom adoption, her second name reflects her birth mother, Kauki.

Baabi, a special family friend, appeared in her mother’s dream, and his name, through her, keeps his spirit alive. Inuit kinship and naming customs, tuqlurausiit, are further explained in the forward and endnotes. [picture book, ages 4 and up]

A Symphony of Whales by Steve Schuch, illustrated by Peter Sylvada

A beautiful and haunting story about a Siberian girl who comes up with a plan to save hundreds of beluga whales trapped by ice.

“This is based on the true story of the rescue of beluga whales by the people of the Chuchki peninsular.” From Mom2girls [picture book, ages 4 and up]

I Am Loved by Mary and Kevin Qamaniq-Mason, illustrated by Hwei Lim

This is a story of an Inuit boy who now lives with a foster family. He reminds himself that he is loved by his mother (Anaana) who can’t care for him because she needs to get well. He also misses his large extended family.

Grandfather Bowhead, Tell Me A Story by Aviaq Johnston, illustrated by Tamara Campeau

A Bowhead whale tells the depths of his love to his grandson. The Bowhead whale is believed to be the longest-living mammal in the world with a life span of more than two hundred years! The  Bowhead whale is named for the shape of its skull which can break through sea ice of up to seven inches! It is the only baleen whale endemic to the Arctic. [picture book, ages 0 and up]

The Shaman’s Apprentice by Zacharias Kunuk, illustrated by Megan Kyak-Monteith

A very sick man needs to be healed and the shaman and her apprentice, her granddaughter, must travel to the supernatural underworld to discover his cure. This story of folklore/mythology reminds me of Greek and Roman gods Hades and Pluto. The story also reflects the Inuit values of sharing, courage, and forgiveness. [picture book, ages 8 and up]

How I Survived Four Nights On The Ice by Serapio Ittusardjuat, illustrated by Matthew K. Hoddy

The artic with its harsh climate is a dangerous place to be in the depths of winter. For the Inuit, they are taught survival skills to withstand even the worst situation. Serapio shares his personal story of survival in which not just his survival skills but his mental fortitude enabled him to endure four nights on the ice without shelter. In the endnote, the author says that he attended residential schools that focused on stripping him of his Inuit identity. His story is also one of preserving his culture with the skills and mental attitude that enabled him to survive his predicament but also pass on his knowledge to the next generation.  [graphic novels, ages 8 and up] 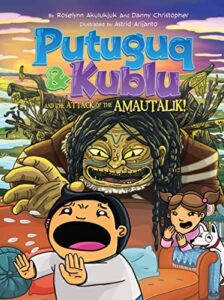