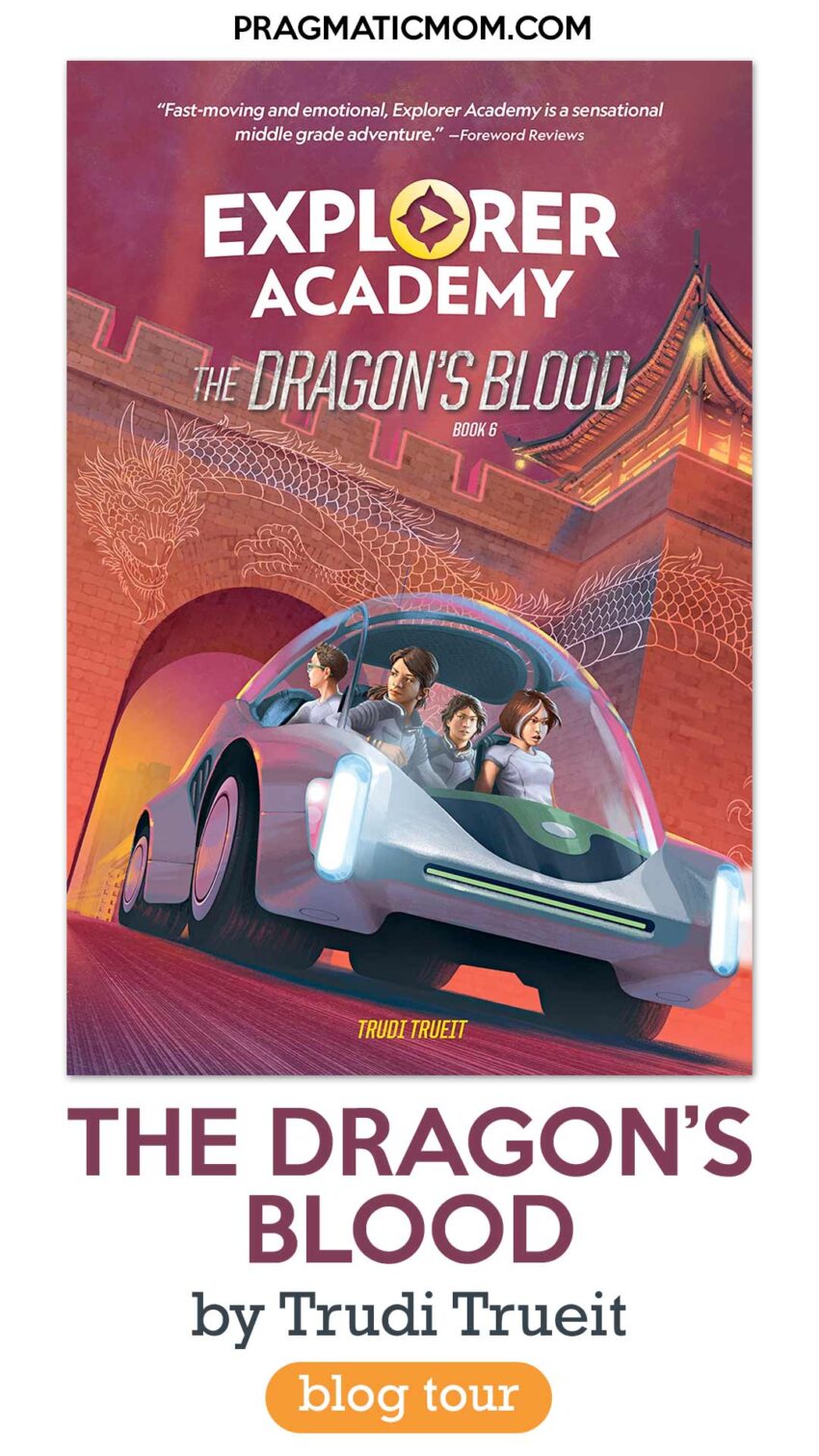 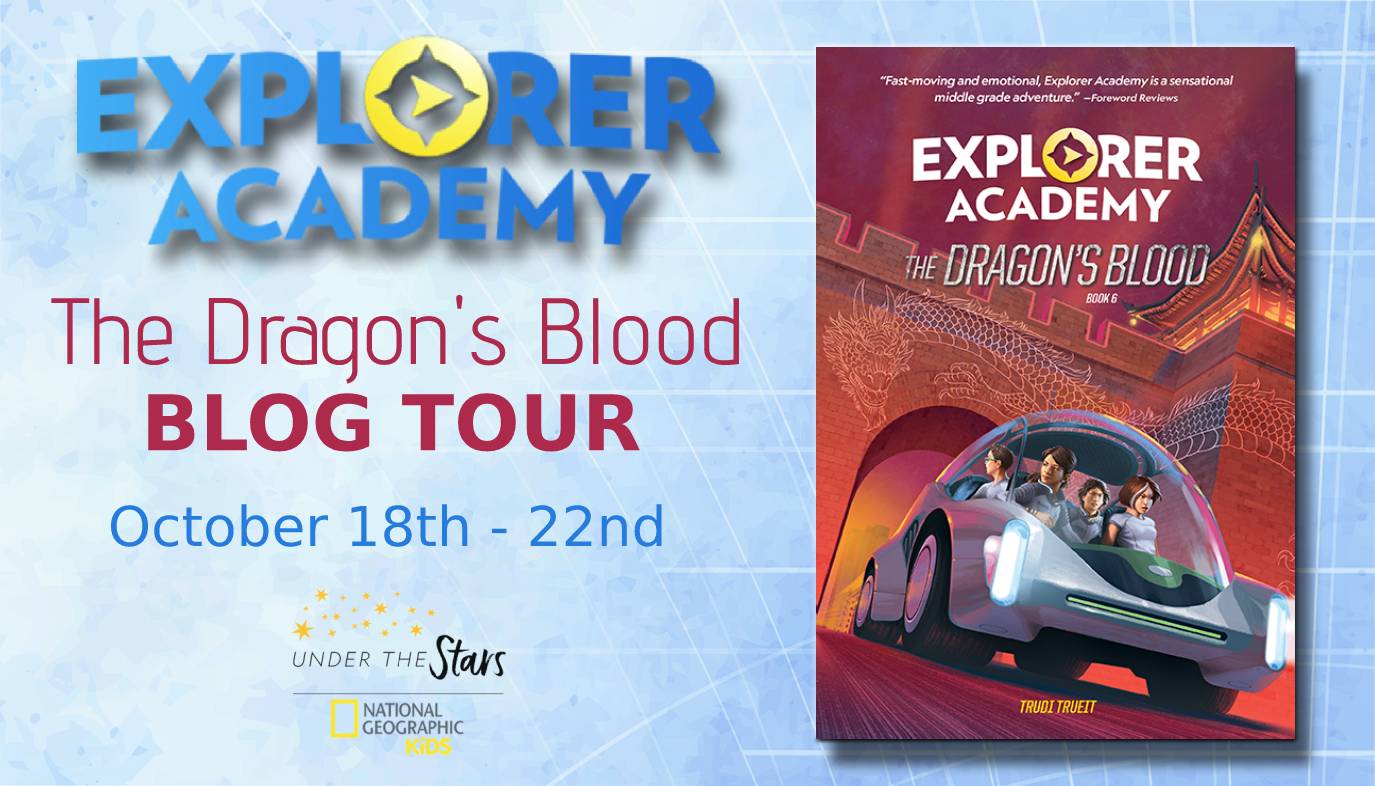 Welcome back to the Explorer Academy! and…

To celebrate the release of Explorer Academy: The Dragon’s Blood by Trudi Trueit on October 5th, blogs across the web are featuring exclusive guest posts from Trudi, as well as 5 chances to win all 6 books in the series so far! The 7th and final book in the series will be released in Fall 2022.

A drone the size of your fingernail. Color-changing mood glasses. Security bands that use your heartbeat as a password. They’re all real gadgets and all part of the techno-wizardry used by the students of Explorer Academy. Even so, Cruz’s world is fictional and, in creating it, I wanted to push the boundaries of technology. My goal was to come up with some unique, helpful tools that didn’t yet exist but could—and someday soon.

You’ve heard, no doubt, a polygraph machine. It’s been around for a century. The device measures vital signs like pulse, blood pressure, respiration, and sweat in order to tell whether someone is lying or telling the truth. I thought, wouldn’t it be interesting if you could do all that without hooking someone up to a machine? Or better yet, without that person even knowing they were being monitored? I combined it with a compass, a tool we’ve relied on for direction since the 12th century, and voila—the virtugraph was born! In The Dragon’s Blood, Orion’s tech lab chief, Fanchon Quills, designs this truth compass. Cruz gets to put it to the test (and in the nick of time, too!).

Another gadget I loved creating was the Universal Cetacean Communicator. It’s always been a dream of mine to communicate with whales. So I had Fanchon whip up a scuba helmet that could translate a cetacean’s clicks, chirps, and songs into human language and vice-versa. In my research, I discovered that scientists are learning about whale-speak by using underwater microphones, called hydrophones, to record the sounds these animals make as they talk to one another. Although we haven’t bridged the language barrier between species, it’s intriguing to think that it may one day be possible.

By now, you may have caught on to my formula for creating futuristic inventions, which looks something like this:

A problem you want to solve + a piece (or more) of technology that already exists + your imagination + a catchy name = cool gadget!

It’s how I came up with ideas like the CAVE (a tactile virtual reality experience), SHOT-bots (morphing camera traps that look like plants), hide-and-seek jackets (coats that can shape-shift based on weather conditions), and Cruz’s mom’s journal (a self-folding paper journal that emits a holographic video). Give my formula a try. Who knows? Maybe you might come up with the next great technological masterpiece . . . at least, for your novel!

For an in-depth look at more of the science that inspired Cruz’s world, check out the book, Explorer Academy, Future Tech: The Science Behind the Story, by Jamie Kiffel-Alcheh and log onto the Explorer Academy website. 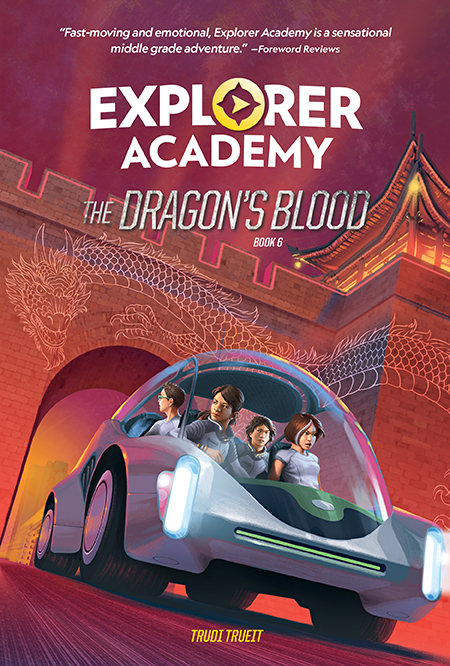 “a fully packed high-tech adventure that offers both cool, educational facts about the planet and a diverse cast of fun characters.” —Kirkus

“This exciting, fast-paced, far-flung story is full of science facts and James Bond-like gadgets, accompanied by colored illustrations.  The ending is guaranteed to keep readers eager for the next series installment.” –Booklist

An explosive revelation and a familiar face heighten the mystery for Cruz and friends in the sixth book in this adventure-packed series.

Still reeling from the life-changing discovery he found buried in the mysterious archive, Cruz Coronado grapples with an important secret as the gang heads to China in search of the second-to-last piece of the cipher. Under the watchful eye of a new adviser, life on the ship returns to almost normal…Almost.

Just as things seem to be going smoothly, a familiar face shocks Cruz back into reality, and the final piece in this life-and-death scavenger hunt veers toward a dead end. 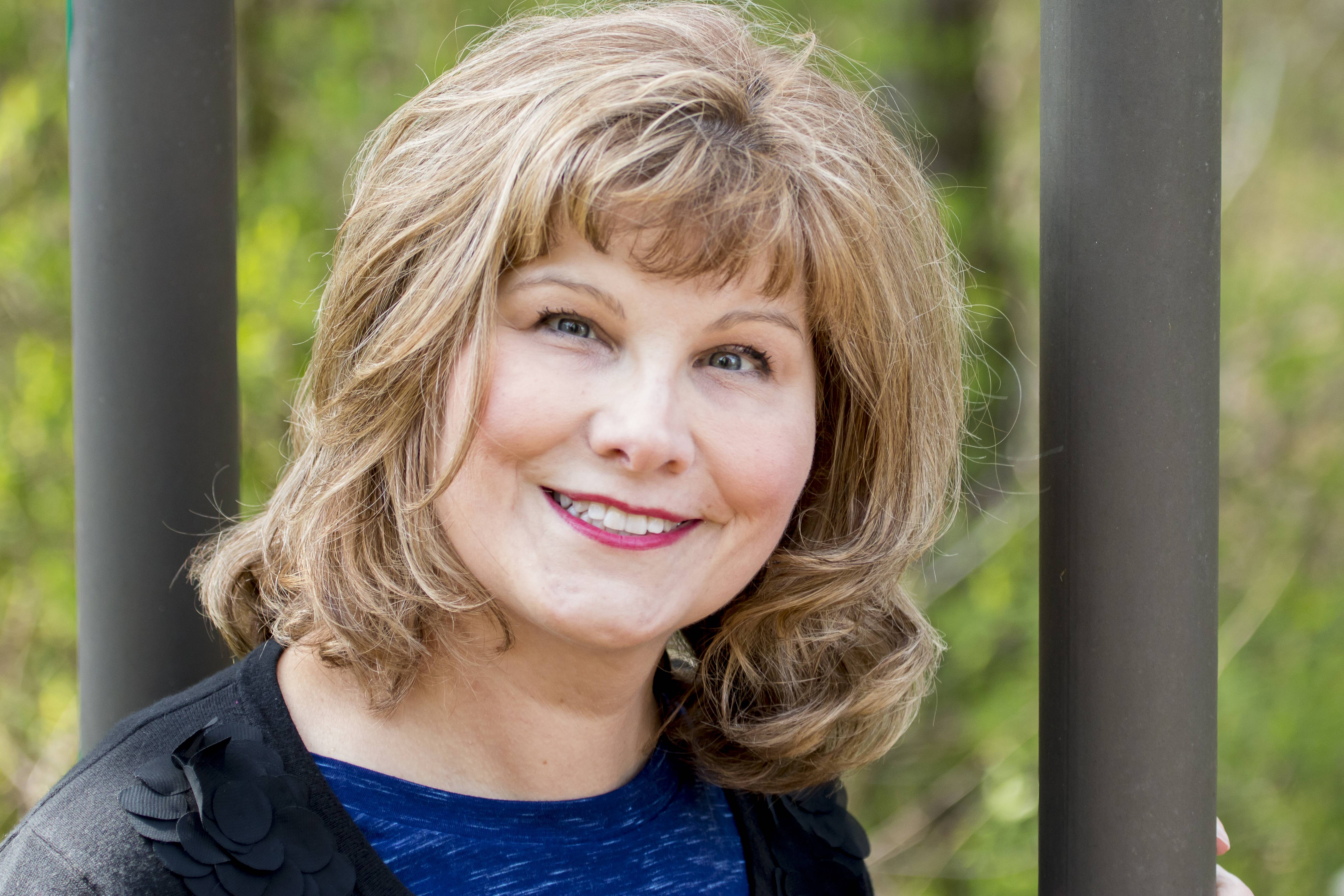 TRUDI TRUEIT has written more than 100 books for young readers, both fiction and nonfiction. Her love of writing began in fourth grade, when she wrote, directed, and starred in her first play. She went on to be a TV news reporter and weather forecaster, but she knew her calling was in writing. Trueit is a gifted storyteller for middle-grade audiences, and her fiction novels include The Sister Solution, Stealing Popular, and the Secrets of a Lab Rat series. Her expertise in kids nonfiction encompasses books on history, weather, wildlife, and earth science. She is the author of all the narratives for the Explorer Academy series, beginning with Explorer Academy: The Nebula Secret. Trueit was born and raised in the Pacific Northwest and lives in Everett, Washington. 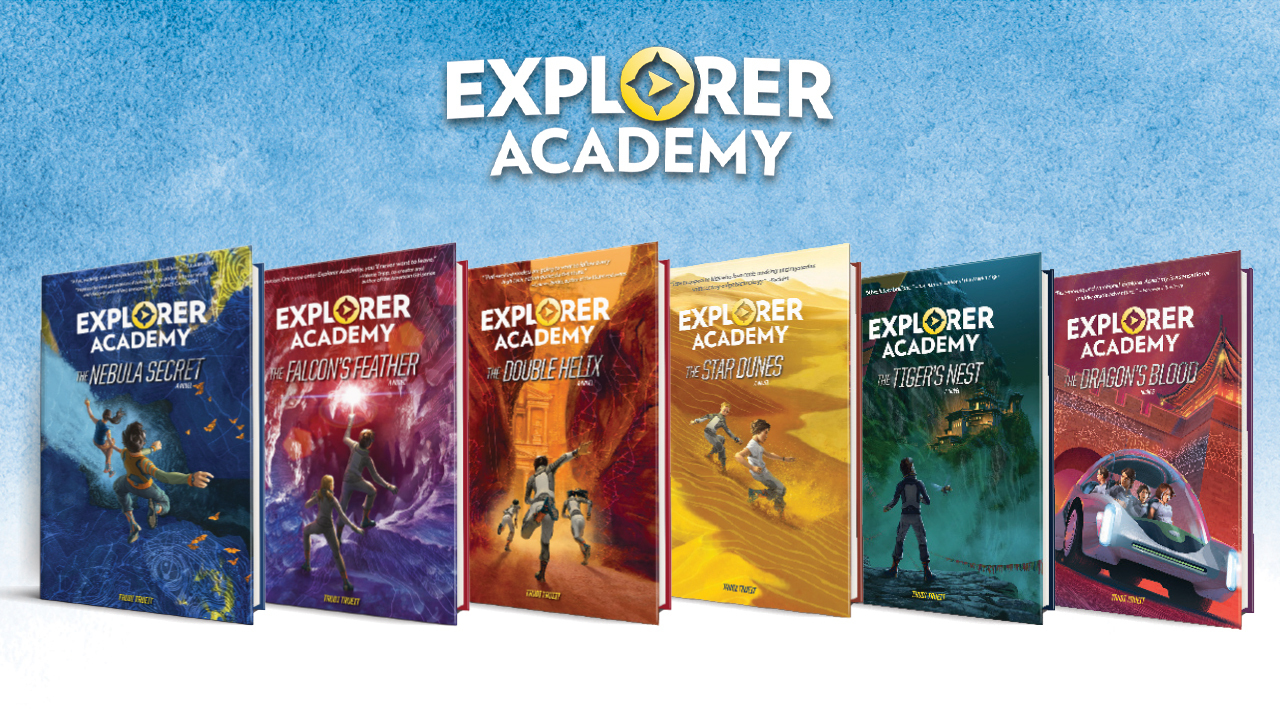 How to Train Your Dragon ebook for reluctant readers