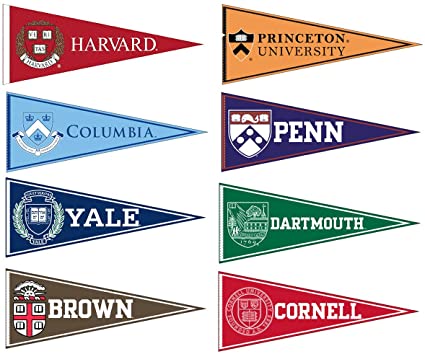 Early Decision for college applications is coming up and I wanted to share two lesser-known backdoor strategies for getting into highly selective colleges such as Ivy League.

Early Decision (ED) is binding; a student who is accepted as an ED applicant must attend the college — in theory — because I discovered a strategy that games the Early Decision process.

Strategy One: For Fine Art Students Who Want to Go Ivy League

I recently discovered a program at the Philadelphia Academy of Fine Arts (PAFA). This is a fine art school, the first in the nation. For high school students who want to study animation, painting, illustration, printmaking, sculpture, or sculpture.

PAFA has a five-year degree program with the University of Pennsylvania (U Penn), an Ivy League college. The PAFA admissions officer described the PAFA-PENN BFA program as the backdoor way to get into an Ivy League school that might otherwise feel impossible.

This is a five-year program with no guarantee that you will be accepted into U Penn. You attend PAFA for the first year and then apply to the joint program with U Penn. If accepted, you will do the first three years at PAFA and the last two years at U Penn.

Each Ivy League college offers an early admissions program. Five of the eight Ivy League universities have binding early decision programs that require students who apply early to commit to attend if they are accepted.

I’m not sure if this is a legal strategy it seems to work:

Apply Early Decision to college as a senior in high school and get accepted at that college.

Take a gap year, and then apply again Early Decision to another college and get accepted.

Rescinded the Early Decision offer from the first college and accepted the second offer.

It is my understanding that there are clearinghouses that identify if a high school student applies Early Decision to more than one college. These clearinghouses will alert the colleges and that will negatively impact that student’s acceptance into both colleges.

There must be a loophole for the clearinghouses to track Early Decision if a student uses this option for two different application years. In theory, I would think that this is similar to applying to two colleges Early Decision and would be flagged as an abuse of the system. But, in reality, it seems to result in allowing students to double dip the Early Decision process and use the first acceptance as a backup to apply to a more selective college.

What I think happens is that the student who has been accepted at the first ED college accepts the offer and asks and receives a one-year deferment. One year later, the ED college will ask again if the student is planning to come to their school that fall. The student simply says no, having received acceptance at the second ED college.

I’m not sure if this loophole will get fixed but this is a clever strategy.

What do you think? Is this a clever way to work the system or totally unethical?

We would never suggest or support a student to break an ED agreement. The only reason would be if they could not afford the ED institution with the financial aid package offered. If not, this would be a very negative reflection on our high school.

At [Ivy League College], being admitted Early Decision is binding, including if a student chooses to take a gap year. We cannot speak to other institutions’ policies, but our policy follows the typical ED committal process regardless of when the student actually matriculates into the class.

How To: Apply Early Decision To Get Into College

How To: Apply Early Decision To Get Into College

How To: Pay for College from Dr. Michele Borba

Top 10: Apps to Make You Awesome in College

15 Most Famous College Libraries in the World (from Associated Degree)