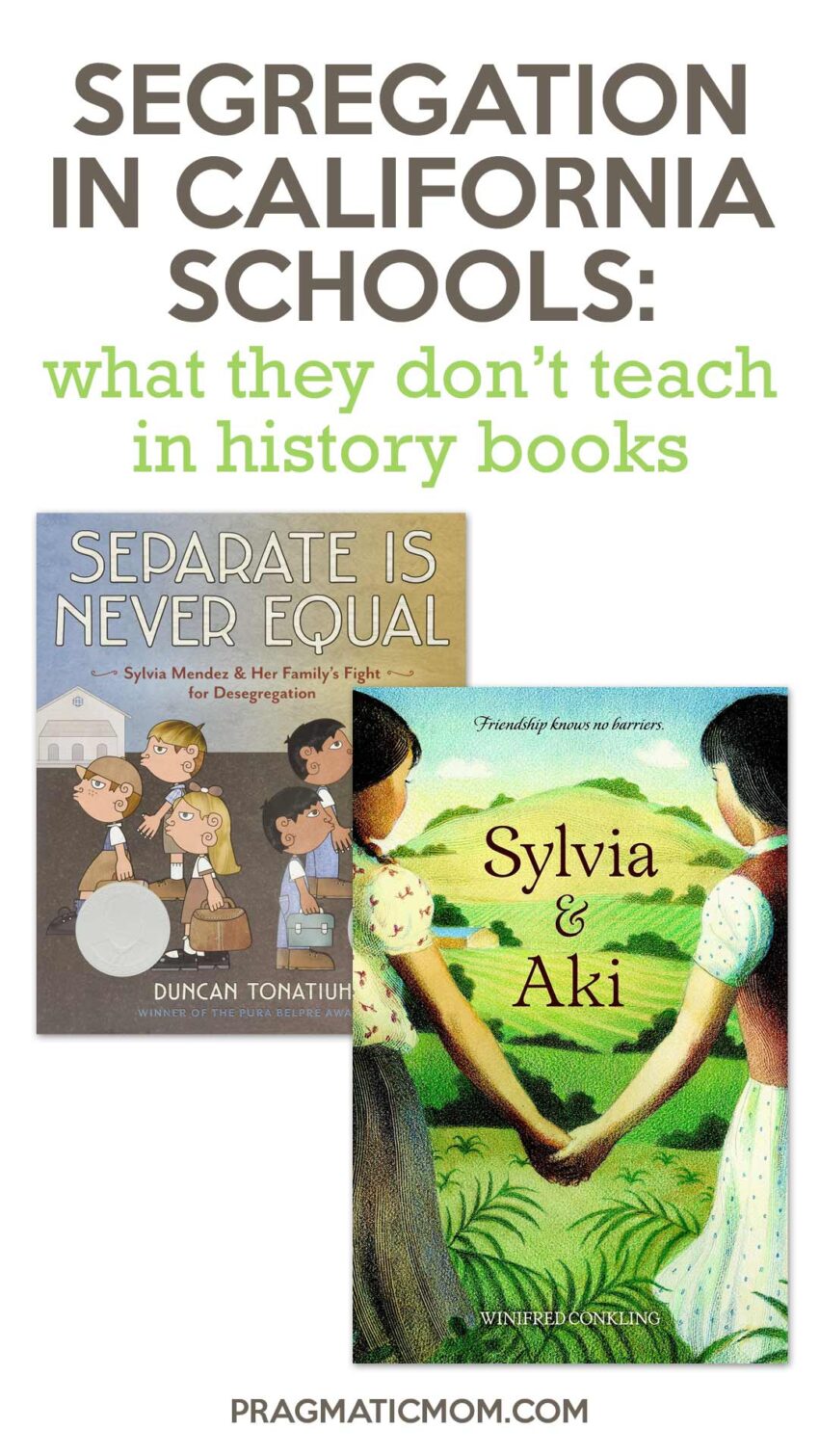 What amazes me the most is that I grew up in Seal Beach, California, one town over from Westminster, where Sylvia Mendez and Aki Munemitsu both lived. When Aki and her family were forced to leave their farm during WWII and live incarcerated at internment camps, a banker helped her family lease their land so that they wouldn’t lose it. 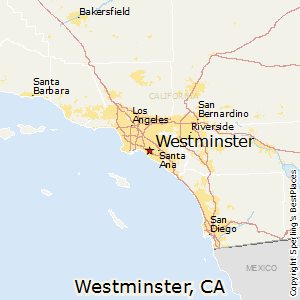 That act of assistance always moved me. No one may remember this unknown white male banker, but it was his act of kindness during a time of both racism and greed aimed at Japanese Americans, that was the first domino in this landmark, but unknown, legal case.

The tenants for the Munemitsu farm were … Sylvia’s family!

Mendez grew up during a time when most southern and southwestern schools were segregated. In the case of California, Hispanics were not allowed to attend schools that were designated for “Whites” only and were sent to the so-called “Mexican schools.” Mendez was denied enrollment to a “Whites” only school, an event that prompted her parents to take action and together organized various sectors of the Hispanic community who filed a lawsuit in the local federal court. The success of their action, of which Sylvia was the principal catalyst, would eventually bring to an end the era of segregated education. She was awarded the Presidential Medal of Freedom, the United States’ highest civilian honor, on February 15, 2011.

The most amazing part of this story is that Sylvia and Aki became friends. 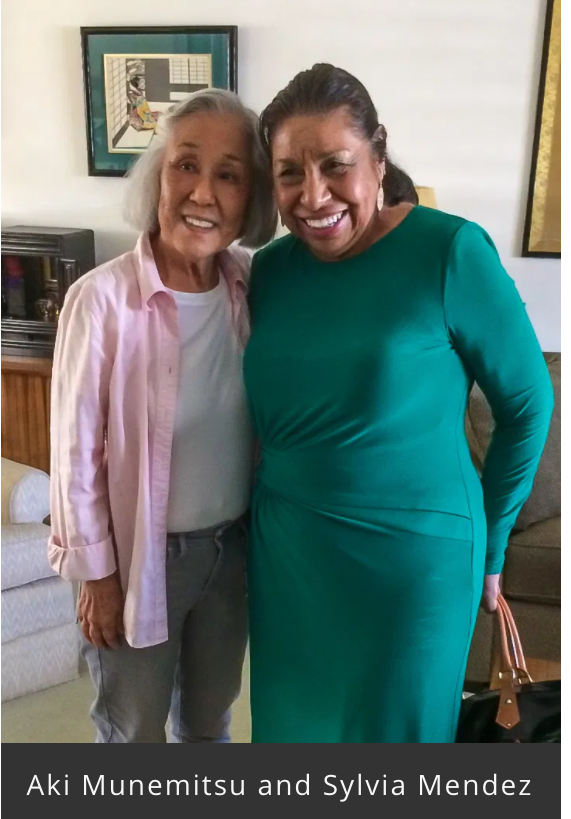 Akiko Nakauchi is the youngest twin daughter of the Munemitsu family. The Munemitsu family owned and operated a farm in Orange County, California when WWII broke out. After the issuance of Executive Order 9066 (1942) they were forced to leave their farm and sent to a U.S. concentration camp in Poston, Arizona where the family of 6 lived in a single room for nearly 3 years. They were one of the few Japanese families that did not lose everything, as the Mendez family rented and maintained their farm and farmhouse while they were incarcerated.
After their release, the Munemitsu family returned to Orange County, and the two families lived together in the same farmhouse for a time, both families supporting one another while the Mendez family continued to fight the Mendez vs. Westminster lawsuit. from For FreedomsCongress2020

Separate Is Never Equal: Sylvia Mendez and Her Family’s Fight for Desegregation by Duncan Tonatiah

Sylvia Mendez’s family took on segregation in 1945 … seven years before the landmark case of Brown v. Board of Education but their story is largely unknown. Their fight is still relevant today, seventy years later where segregation is unofficial but still prevalent. [nonfiction picture book, ages 6 and up]

They claimed that their children, along with 5,000 other children of “Mexican” ancestry, were victims of unconstitutional discrimination by being forced to attend separate “schools for Mexicans” in the Westminster, Garden Grove, Santa Ana, and El Modena school districts of Orange County.

The plaintiffs were represented by an established Jewish American civil rights attorney, David Marcus. Funding for the lawsuit was primarily paid for initially by the lead plaintiff, Gonzalo Mendez, who began the lawsuit when his three children were denied entrance to their local Westminster school.

Without Separation: Prejudice, Segregation, and the Case of Roberto Alvarez by Larry Dane Brimmer, illustrated by Maya Gonzalez

Review by Vamos a Leer:

“On an early January day, Roberto Alvarez is turned away from Lemon Grove Grammar School in San Diego, California. The year is 1931, and Roberto is not the only student turned away that day, all his Mexican American peers are. The principal informs the students they will be learning in a separate building from now on.

Not long after the parents of Roberto and of the other Mexican American students formed the Comité de Vecinos de Lemon Grove — the Lemon Grove Neighbors Committee. These concerned community members knew that the school board was attempting to segregate the children, a practice of separating people based on skin color. The Committee knew this was wrong and enlists some help and are able to bring the case before the court.

Roberto and his friends and family all use their voices to stand up for what they believe in, and for what they think is just. Without Separation by Larry Dane Brimner is a captivating story about a community’s fight for equal access to education and defiance in the face of prejudice and discrimination. Roberto and his classmate’s courage impacted America’s education system in ways that can still be felt today. This book is an excellent case study to help educate children on the United States long and troubled history around school segregation, and a community’s fight to ensure a better future, for all.” [picture book, ages 7 and up]

Sylvia and Aki by Winifred Conkling

When Aki Munemitsu and her family are forced into an internment camp in Arizona, their banker helps them rent their asparagus farm to the Mendez family who has a daughter, Sylvia, around the same age as Aki. The Westminster School District doesn’t let Sylvia into the all-white schools though her lighter-skinned cousins are allowed to enroll. The family sued. Mendez vs. Westminster School District is the landmark desegregation case before Brown vs. Topeka Board of Education.  [middle grade, ages 9 and up]

For more resources, check out:

More than 100,000 Japanese Americans were relocated to internment camps during World War Two as a result of franklin D. Roosevelt’s Executive Order 9066, signed on Feb 19, 1942.

p.s. Thank you to Teshley Solutions @TeshleyL for this resource:

Spent part of last night reviewing past textbook misrepresentations, including this one: https://chron.com/news/houston-texas/education/article/Comittee-finds-68-factual-errors-found-in-racist-9217581.php… Then saw this from you this morning. The truth is being revealed. Thanks for sharing!

Tulsa Race Massacre: What They Don’t Teach You in History Books

When Mixed Race Marriage Was Illegal: What They Don’t Teach in History Books

2 thoughts on “Segregation in California Schools: What They Don’t Teach in History Books”