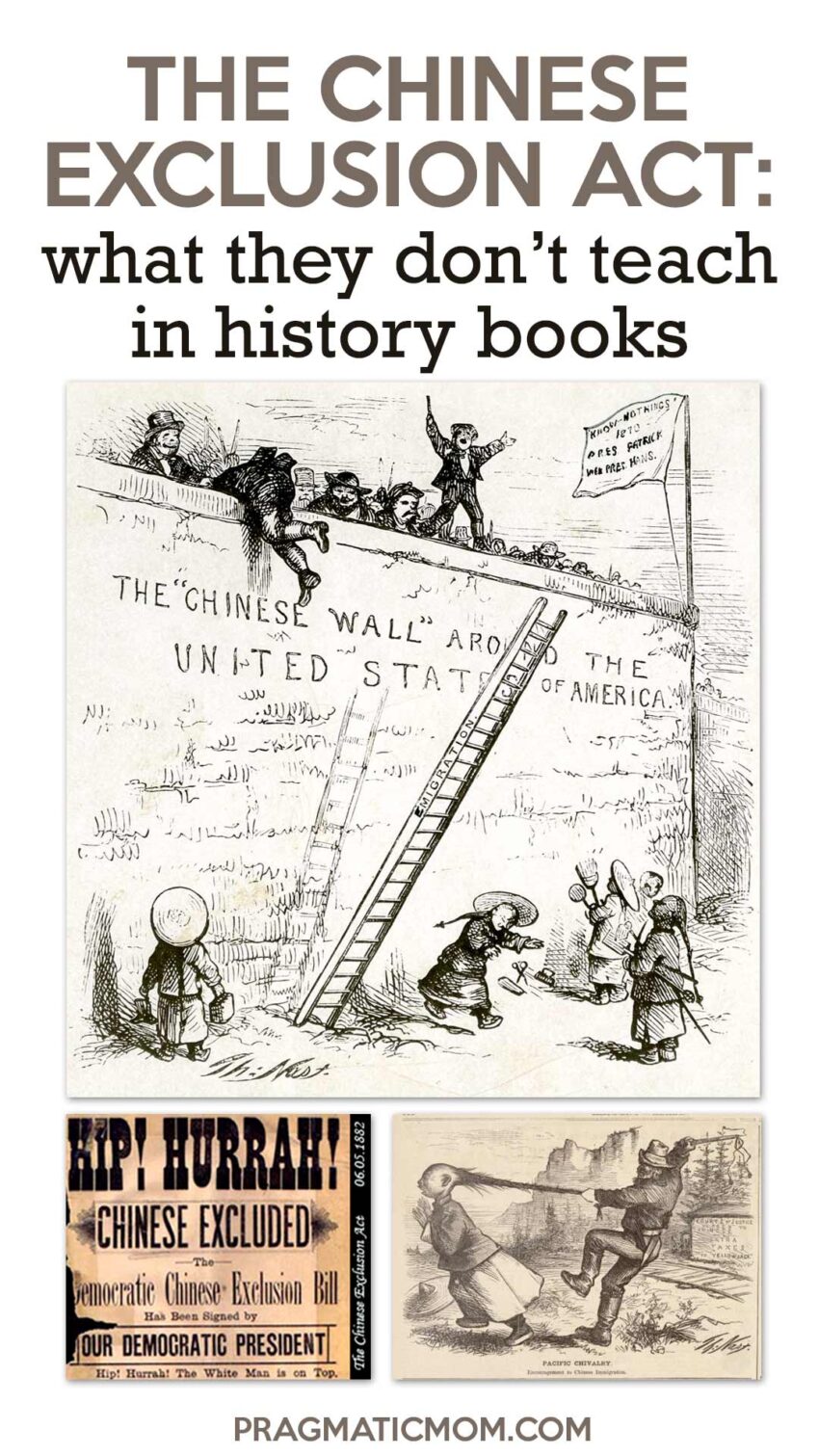 I’m kicking off a series that I call “What They Don’t Teach in History Books.” These are topics that are generally erased from history. I don’t remember ever learning about them at school. I will center each topic using children’s books. I plan to add videos and other links to make each topic a more comprehensive unit.

Please feel free to make suggestions for topics or to add to my posts. Let’s build this knowledge base together.

Here are a few of the topics that I plan to cover:

– The Tulsa Race Massacre
– When Mixed Race Marriage Was Illegal
– The First Segregation Case in Public Schools: Menendez versus
– The Deadly Boarding Schools Native American Children Were Forced to Attend
– Andrew Jackson and the murder of his wartime ally, Chief
– Suppression of Evidence that led to Japanese American Internment 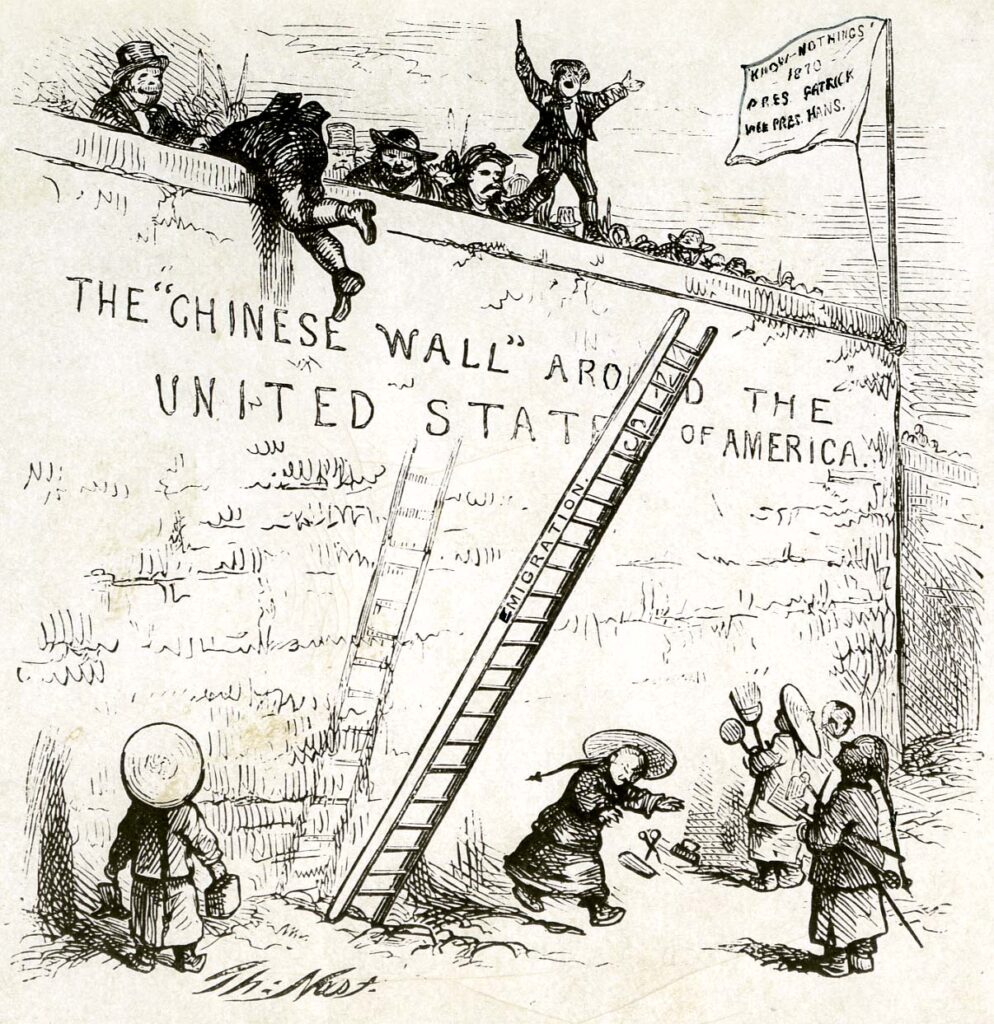 The Chinese Exclusion Act was a United States federal law signed by President Chester A. Arthur on May 6, 1882, prohibiting all immigration of Chinese laborers.

“Chinese Exclusion Act was unlike any law enacted since the founding of the republic. Singling out as never before a specific race and nationality for exclusion – it made it illegal for Chinese workers to come to America – and for Chinese nationals already here ever to become citizens of the United States. 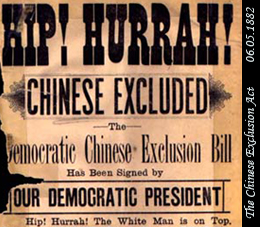 Fueled by deep-seated tensions over race and class and national identity that had been festering since the founding of the republic, it was the first in a long line of acts targeting the Chinese for exclusion – and it would remain in force for more than sixty years. It continues to shape the debate about what it means to be an American to this day. Learn more about THE CHINESE EXCLUSION ACT, including where to watch the documentary:

Examine the origin, history, and impact of the 1882 law that made it illegal for Chinese workers to come to America and for Chinese nationals already here ever to become U.S. citizens. The first in a long line of acts targeting the Chinese for exclusion, it remained in force for more than 60 years.” PBS 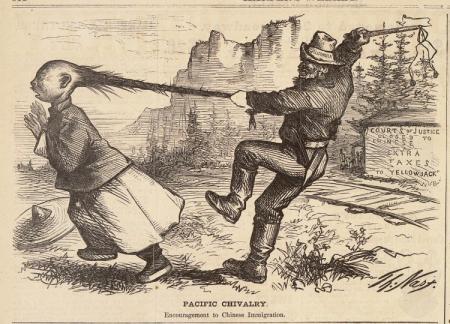 Brothers Shek and Wong immigrate to the United States in 1865 to help build the railroad. This was during a time in China when thousands died of hunger. They were called “Coolies,” a term for lowly workers. The work was dangerous and the conditions were terrible. Chinese workers were paid less than Non-Chinese. When the railroad was completed, the brothers settled in San Francisco’s Chinatown and sent money so that their family could join them. [picture book, ages 7 and up]

Tyrus Wong and his father immigrated to the United States in 1921 when the Chinese Exclusion Act was in effect. This is the story of the Disney artist who created (but wasn’t credited for) the style of the animated movie Bambi. Hired directly by Walt Disney, who was racist, Tyrus Wong was fired after an employee strike at Walt Disney Studios even though he did not participate. Still, Tyrus had an extraordinary career as an artist during a time where racism limited most Asian Americans to menial labor jobs. [picture book biography, ages 4 and up]

Prejudice:  a strong dislike of a particular group
Refugee:  a person who flees for safety to another country in times of war or disaster
Pushes:  the reasons an immigrant leaves their homeland
Pulls:  the reasons an immigrant comes to the United States
Legal immigrant:  a person who has permission from the U.S. government to enter the country.
Citizen:  a member of a particular country.
Green card:  an identification card that proves an immigrant has permission to live and work in the United States.
Naturalization:  the process of becoming a U.S. citizen.
Before an immigrant can apply for naturalization, must meet the following requirements:
– At least 18 years old
– Must have a green card
– Resident of U.S. for at least 5 years
– Good moral character
– Must be willing to take an oath pledging loyalty to U.S.
Naturalization Process
– Fill out Form N-400
– Send form, 2 photographs, copy of a green card, and check for $250 to the INS (Immigration and Naturalization Service)
– Take and pass the citizenship test (20 questions on U.S government and history/must answer 12 correctly)- Complete an interview where they take an oath and answer questions about their N-400, their work, and their families.
– The citizenship ceremony
Who are Today’s Immigrants?
From the 1960s to the 1990s, most immigrants arrived from four areas of the world.  These places are Asia, the region of Mexico and Central America, the islands of the Caribbean Sea, and Africa.

When Mixed Race Marriage Was Illegal: What They Don’t Teach in History Books

Segregation in California Schools: What They Don’t Teach in History Books

Tulsa Race Massacre: What They Don’t Teach You in History Books