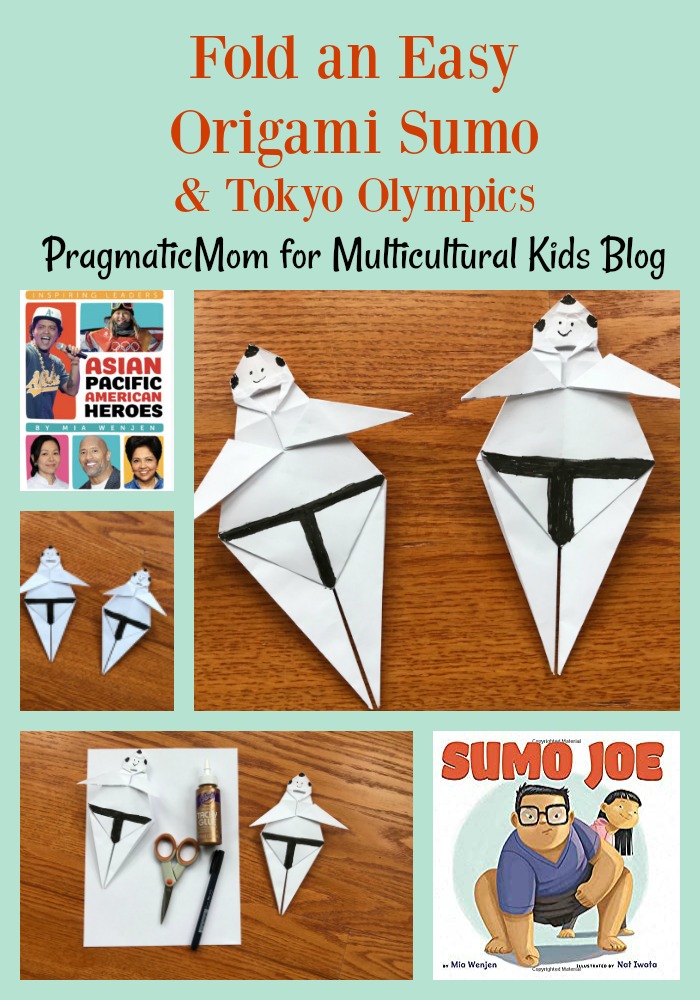 I wrote a picture book, Sumo Joe, about two martial arts — sumo and aikido — featuring a big brother and little sister who square off in a ring made of pillows. I wanted to show that sumo is a sport with a long history rooted in the Shinto religion and in Japanese culture.

The sumo tradition was also rooted in gender discrimination, but that is changing. Women and girls now participate, both training and competing in sumo around the world. Girls in Japan even learn sumo as part of Physical Education in school! There’s even a documentary movie about it, Little Miss Sumo! Here’s the trailer.

Today, I would like to show you how to fold an easy Origami sumo. You don’t need anything special for this, not even origami paper. I’ll show you how to make this from regular copy paper. 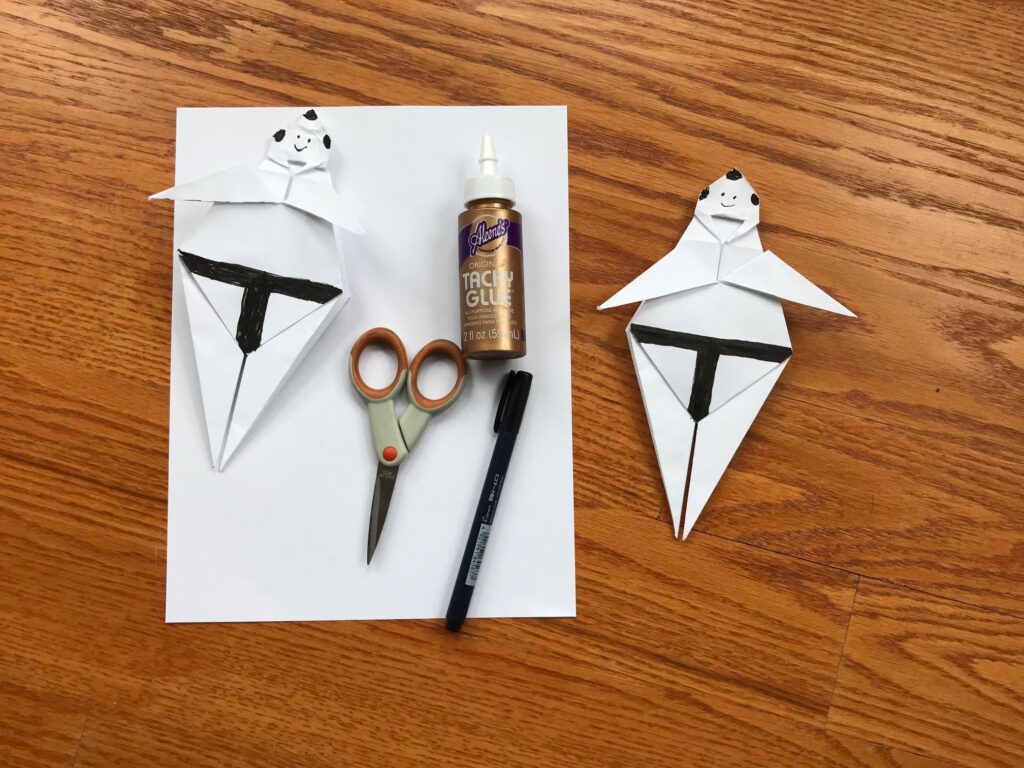 What you will need:

Do you want to learn more about the Tokyo Olympics? I will a book list on my blog, PragmaticMom.com with a giveaway! 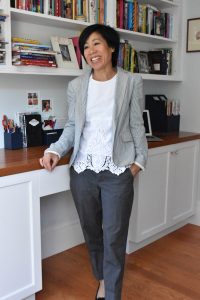 Mia Wenjen blogs on education, parenting, and children’s books at PragmaticMom.com. She is the author of several books including How To Coach Girls co-authored with Alison Foley, Asian Pacific American Heroes published by Scholastic. and Best #OwnVoices Children’s Books. She lives near Boston with her husband, three kids, and Golden Retriever. Fun fact: she’s half Japanese/half Chinese American and married to a Korean American.