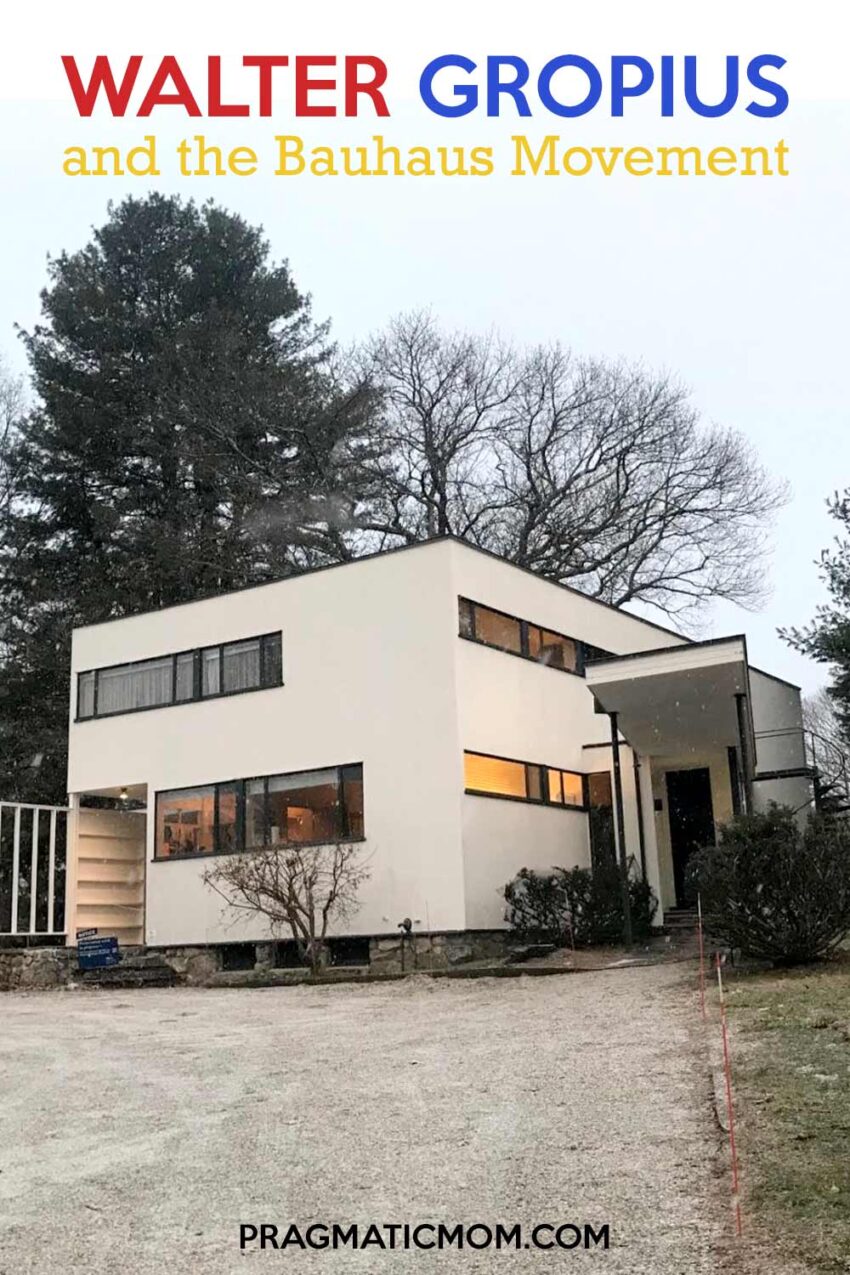 Bauhaus—literally translated to “construction house”—originated as a German school of the arts in the early 20th century. Founded by Walter Gropius, the school eventually morphed into its own modern art movement characterized by its unique approach to architecture and design. Today, Bauhaus is renowned for both its unique aesthetic that inventively combines the fine arts with arts and crafts as well as its enduring influence on modern and contemporary art. From My Modern Met

Bauhaus artists favored linear and geometrical forms, while floral or curvilinear shapes were avoided. Only line, shape and colour mattered. Anything else was unnecessary and needed to be reduced. from Catawiki

I had been wanting to visit the Gropius House for a long time. It’s only a few towns over from where I live and I see the sign on the highway but somehow I never found the time to go. Now, because of Covid-19, the number of visitors is limited but my husband managed to get two tickets to take me for my birthday.

As we drove up, I was struck by the scale of the house. It’s very human-scaled. It’s not massive and it’s not just a box either. The house glowed with a friendly warmth that drew us in. It was chilly outside; cold enough to snow, we were glad when our small group entered the house. 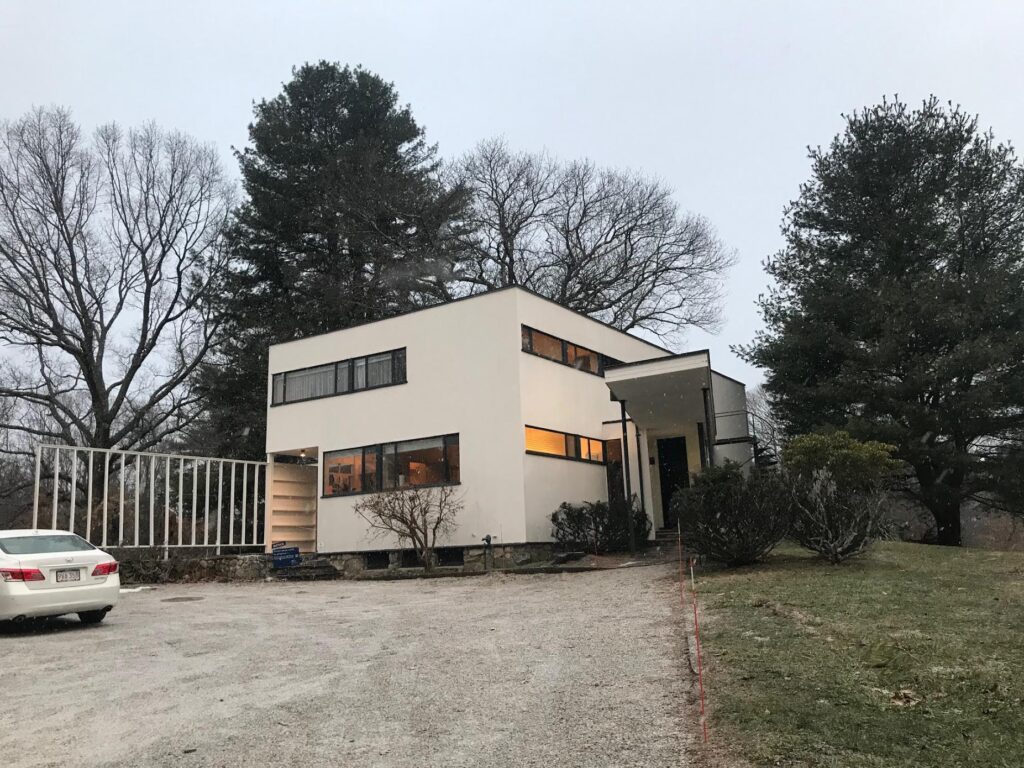 Walter was recruited by Harvard to head up the Graduate School of Design because the university viewed the Bauhaus movement as an important, driving force in design. He and his wife and daughter lived in town but Walter longed for a more rustic lifestyle. They rented a Colonial-style house in Lincoln, MA, about a half-hour away from Cambridge.

Helen Storrow, of Storrow Drive fame, provided a plot of land and a loan to build a house on her own vast property. Gropius picked out four acres on top of a small hill and designed his family home as an example of Bauhaus style. It was to be the only single-family house that Walter Gropius ever designed. 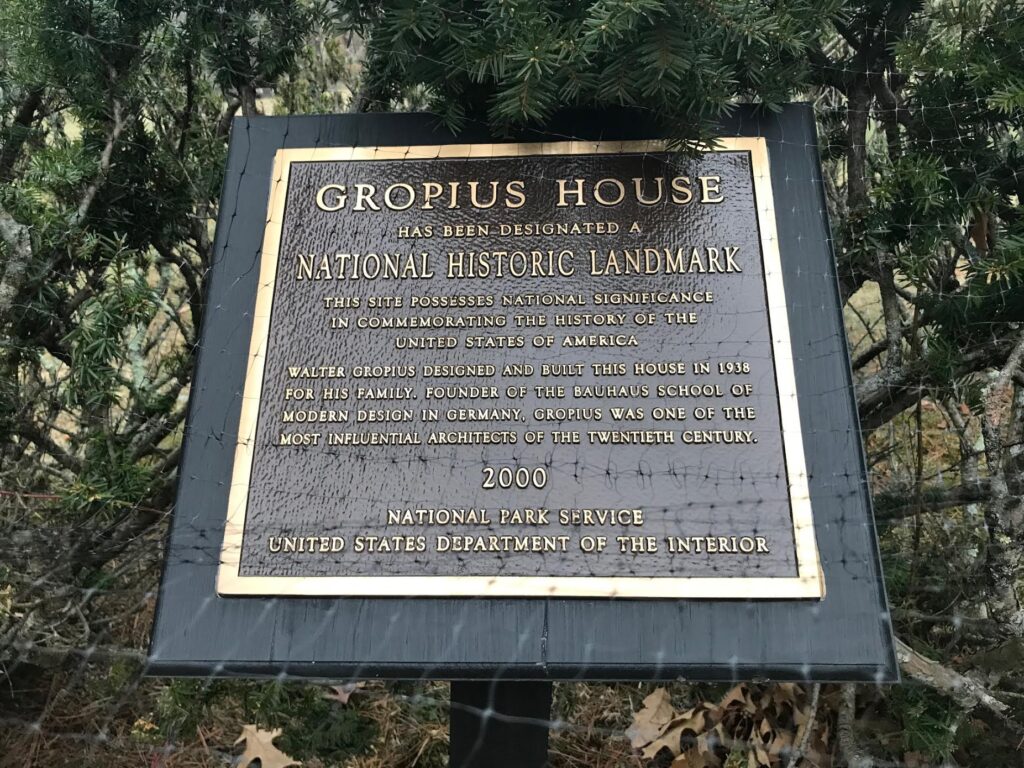 Part of Gropius’ design philosophy was to use commonly available industrial products. You can see how he incorporated standard commercial building supplies in his master bathroom. The flooring is cork. The sinks and fixtures are meant for commercial use. Not only did this bring the cost down, but it showed that beauty could be found in the ordinary. 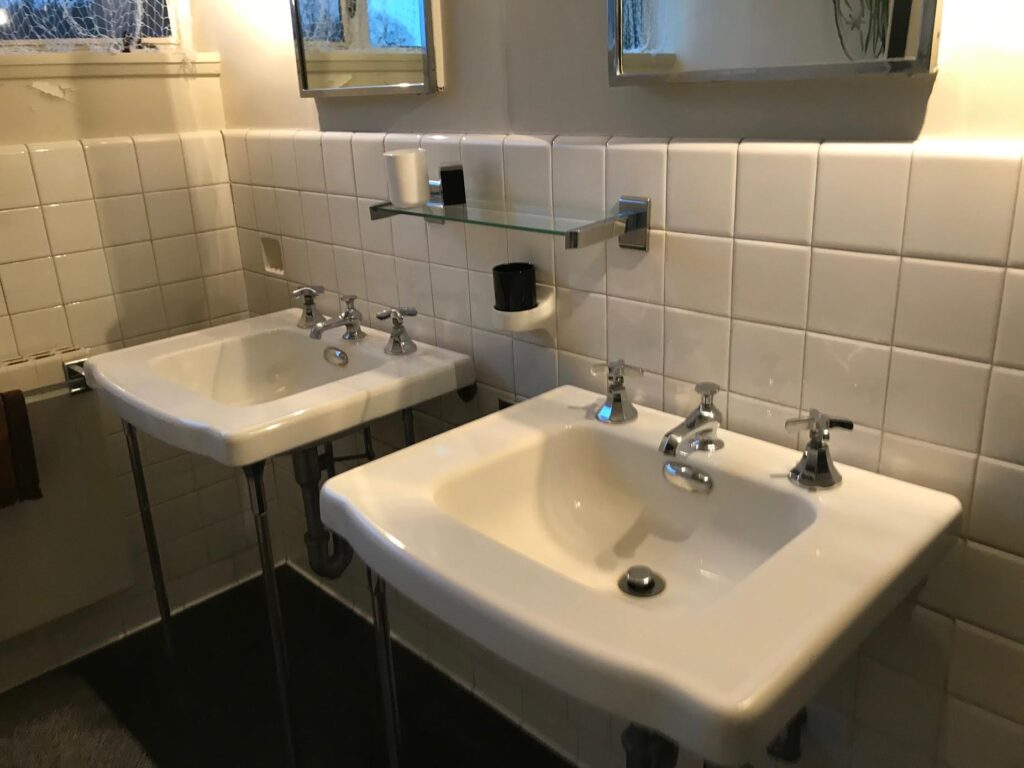 Walter’s also designed the house to accommodate his family’s design requests. His young daughter, Alma Manon Gropius, has a few challenging requests. She wanted her floor to be sand like a beach, to sleep under the stars, and to have her own separate entrance. Gropius managed to fulfill most of her requests by adding a second-floor patio off her room that has its own spiral staircase.

Alma’s room was probably my favorite feature of the house. Not only is it cozy with a sleeping area perpendicular to a living area, but it includes a large desk that Walter designed and had manufactured in Germany. His willingness to include his daughter’s design requests really humanizes him for me as a doting father!

I expected the Gropius House, constructed in 1938, to look dated, but the design is timeless! Even the bathrooms still look modern and sleek.  Gropius had his students come to the house, both to socialize and to help build the house. He believed in hands-on learning as part of the training for an architect!

The Gropius House is a National Historic Landmark. For those who like Frank Lloyd Wright, this is a must-visit! Hope to see you in my neck of the woods soon!