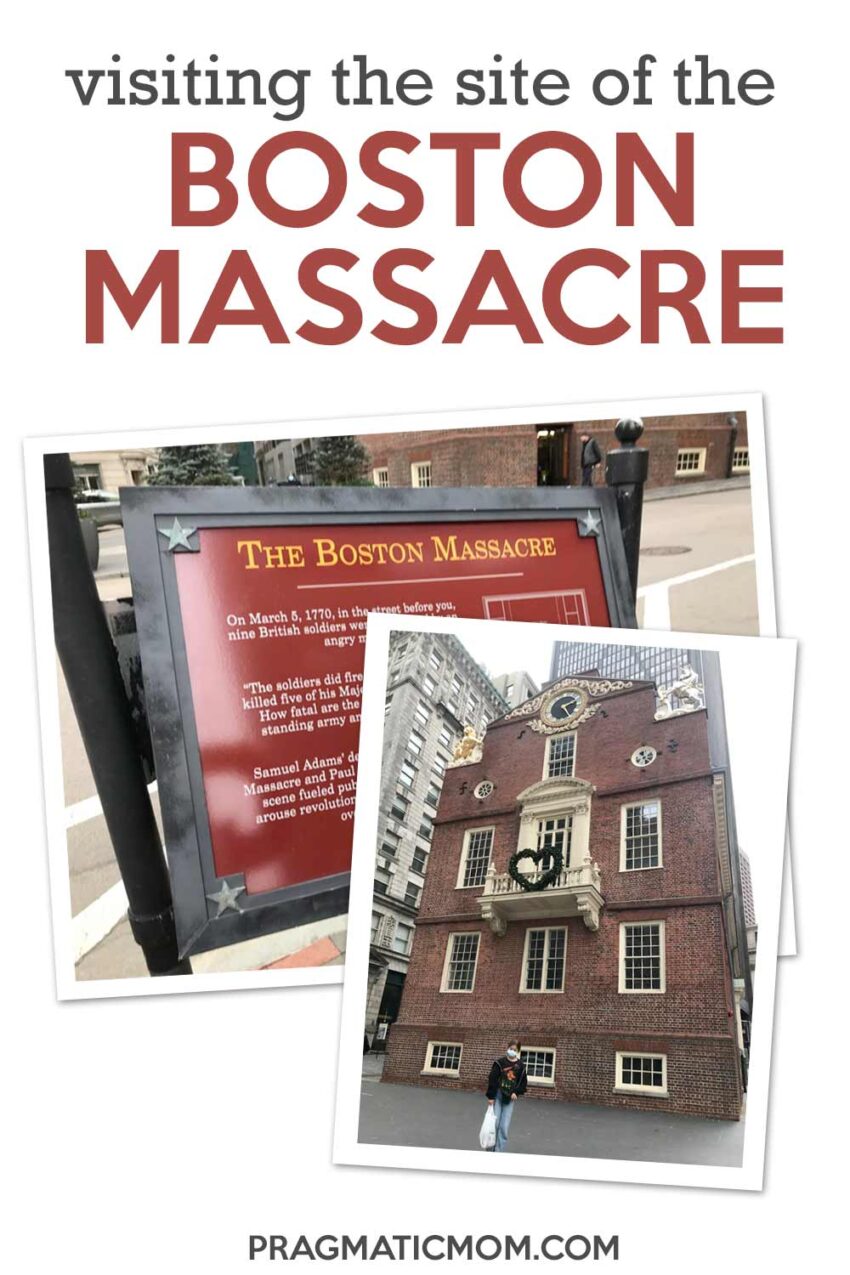 What exactly was the Boston Massacre and why is it an important milestone in American history? 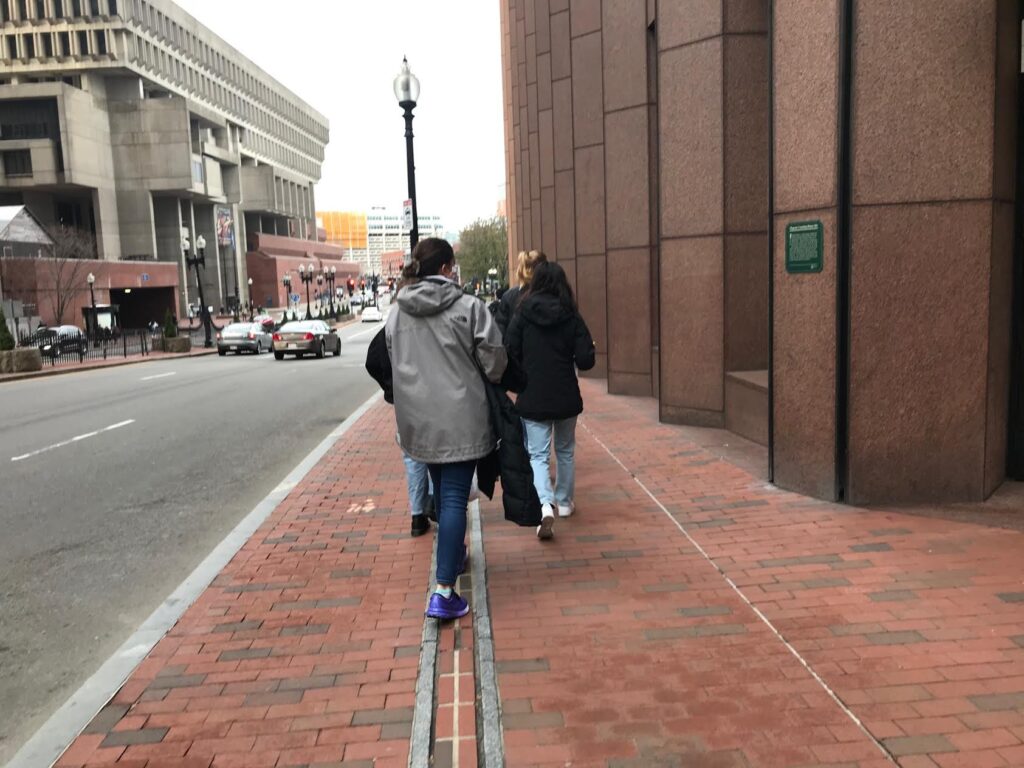 Let’s follow along Boston’s Freedom Trail and find out! 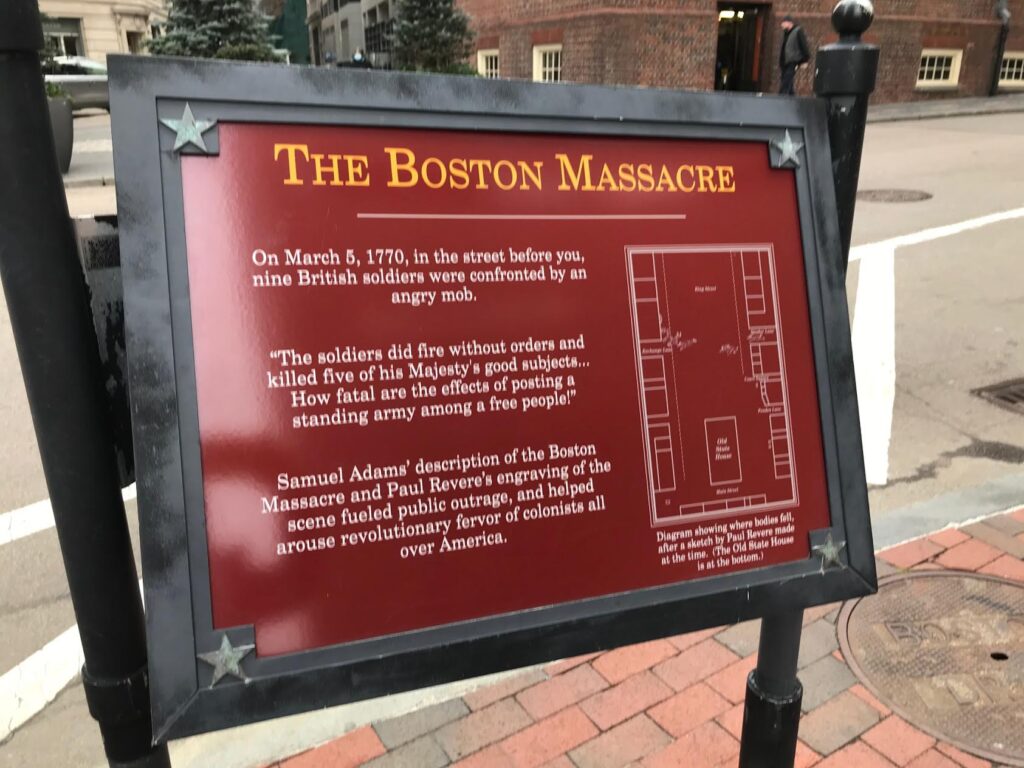 The American Revolution was ignited in this single incident.

The Boston Massacre was a deadly riot that occurred on March 5, 1770, on King Street in Boston. It began as a street brawl between American colonists and a lone British soldier, but quickly escalated to a chaotic, bloody slaughter. from History

Crispus Attucks could be the first #BlackLivesMatter victim.

Once the first shot rang out, other soldiers opened fire, killing five colonists–including Crispus Attucks, a local dockworker of mixed racial heritage–and wounding six. Among the other casualties of the Boston Massacre was Samuel Gray, a rope maker who was left with a hole the size of a fist in his head. Sailor James Caldwell was hit twice before dying, and Samuel Maverick and Patrick Carr were mortally wounded. 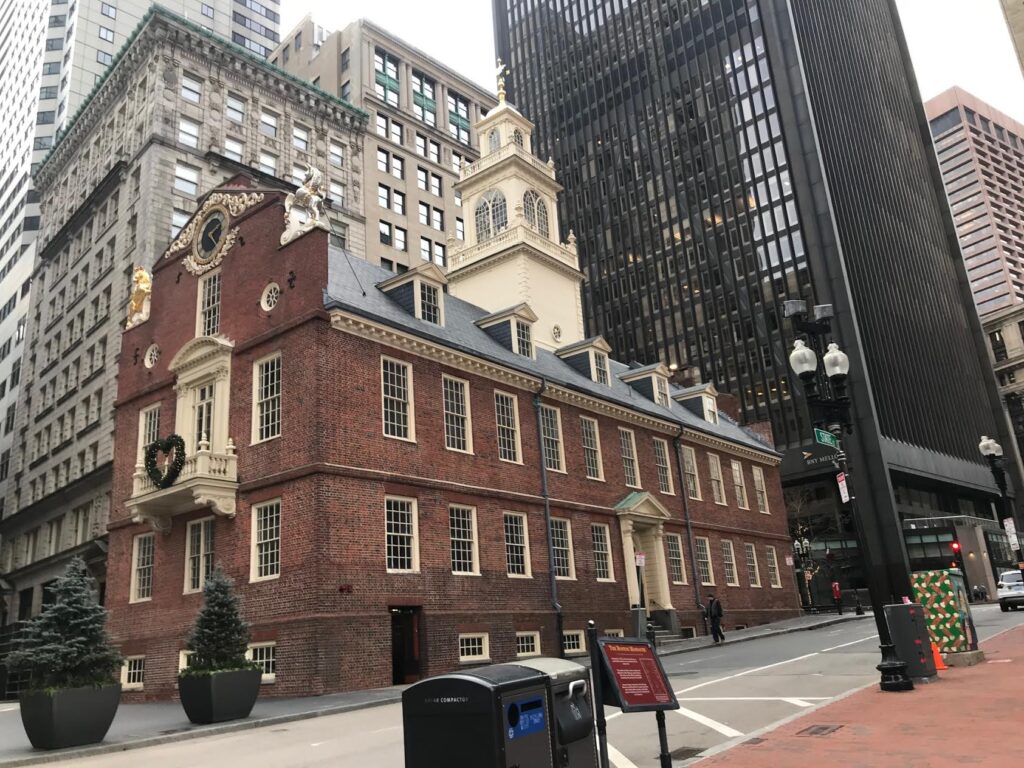 The location was right in front of The Old State House.

The Old State House is a historic building in Boston, Massachusetts. Built in 1713, it was the seat of the Massachusetts General Court until 1798. It is located at the intersection of Washington and State Streets, and is one of the oldest public buildings in the United States. from Wikipedia 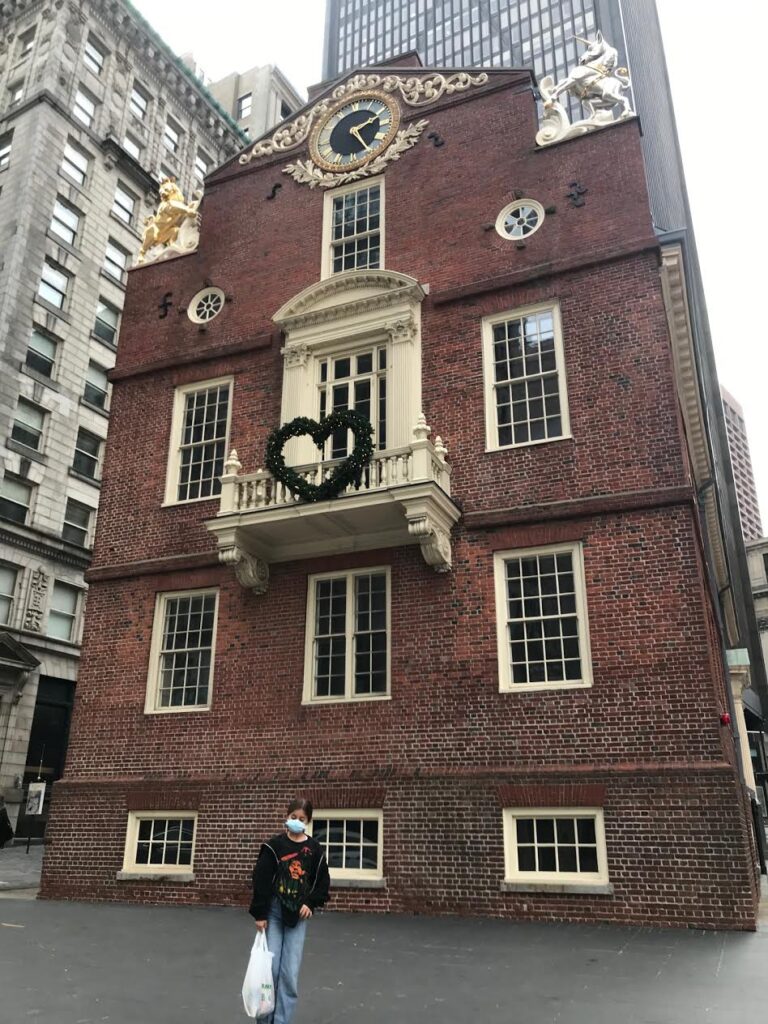 And it isn’t “X” that marks the spot but this circular cobblestone monument: 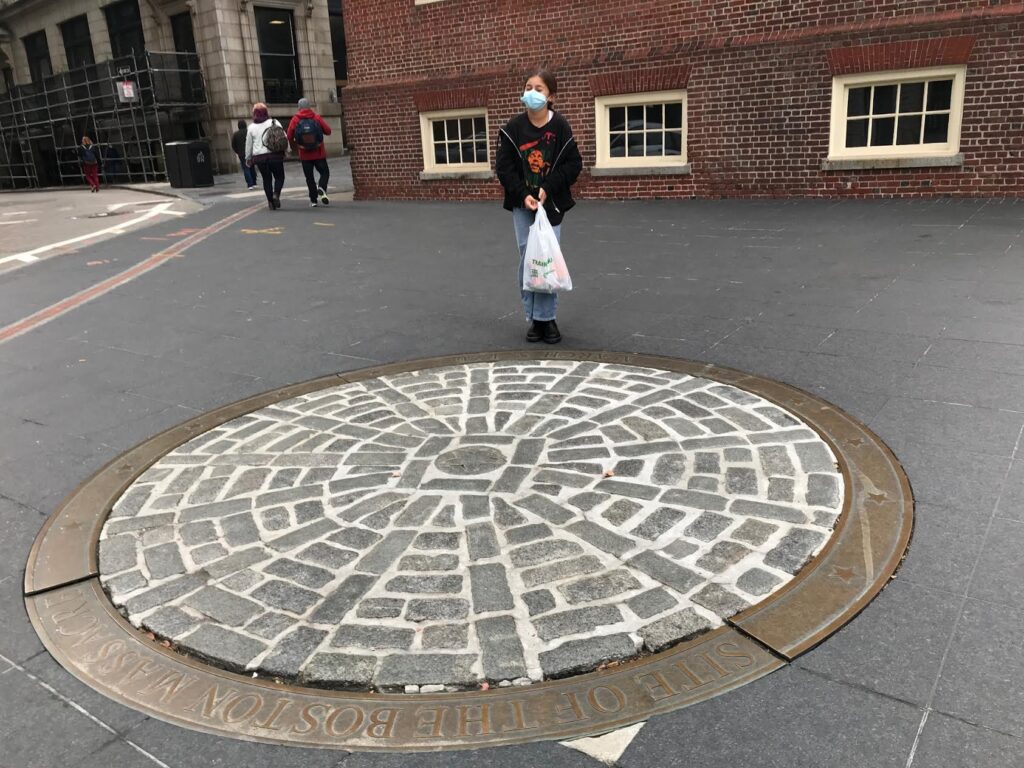 Here’s a depiction of what happened by Paul Revere! 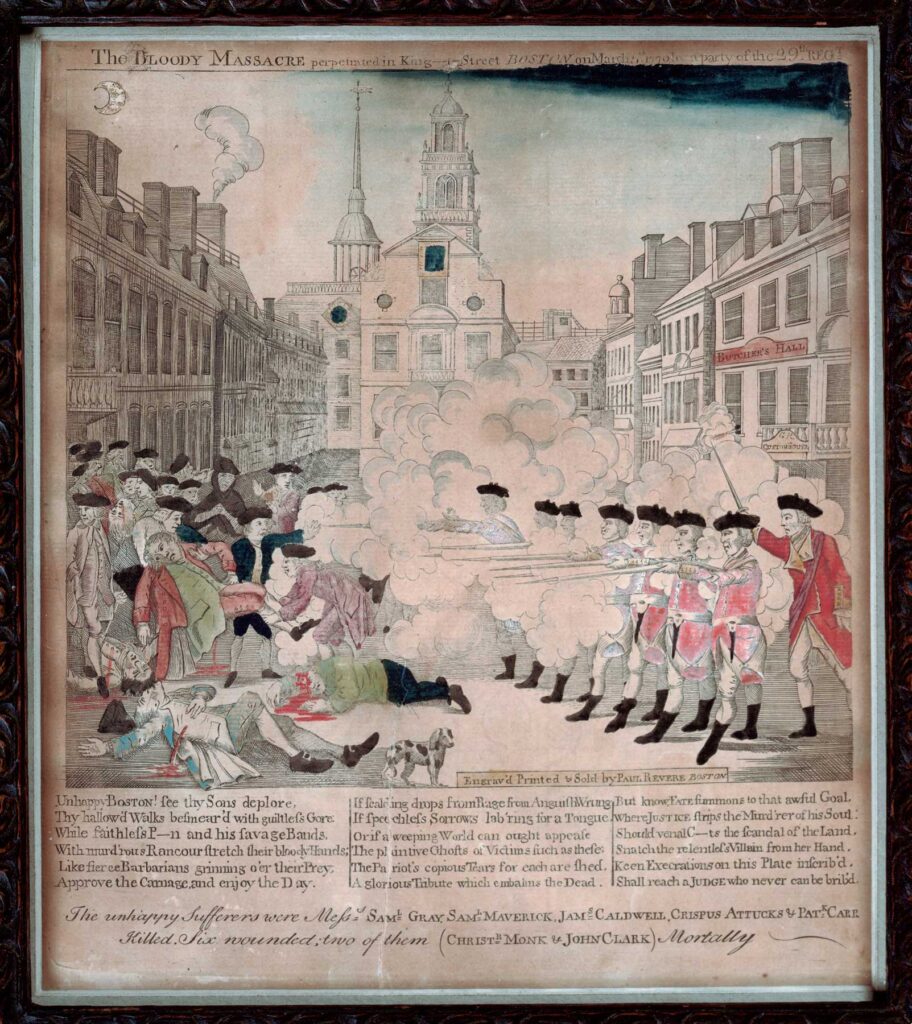 A trial ensued and my kids, as part of their Boston Freedom Trail school field trip, acted this out in a student program in which kids take the parts of the different sides. This school program is available at the Old State House.

It took seven months to arraign Preston and the other soldiers involved in the Boston Massacre and bring them to trial. Ironically, it was American colonist, lawyer and future President of the United States John Adams who defended them.

During Preston’s trial, Adams argued that confusion that night was rampant. Eyewitnesses presented contradictory evidence on whether Preston had ordered his men to fire on the colonists.

But after witness Richard Palmes testified that, “…After the Gun went off I heard the word ‘fire!’ The Captain and I stood in front about half between the breech and muzzle of the Guns. I don’t know who gave the word to fire,” Adams argued that reasonable doubt existed; Preston was found not guilty.

The remaining soldiers claimed self-defense and were all found not guilty of murder. Two of them—Hugh Montgomery and Matthew Kilroy—were found guilty of manslaughter and were branded on the thumbs as first offenders per English law.

To Adams’ and the jury’s credit, the British soldiers received a fair trial despite the vitriol felt towards them and their country.

Here’s an animated graphic novel of the run-up to the Boston Massacre:

Does the Boston Massacre and the American Revolution seem like ancient history to you? It’s interesting to me that the U.S. still has territories that pay taxes without representation such as Washington D.C. and Puerto Rico.

How about you? What do you think?

Lessons From The Boston Freedom Trail