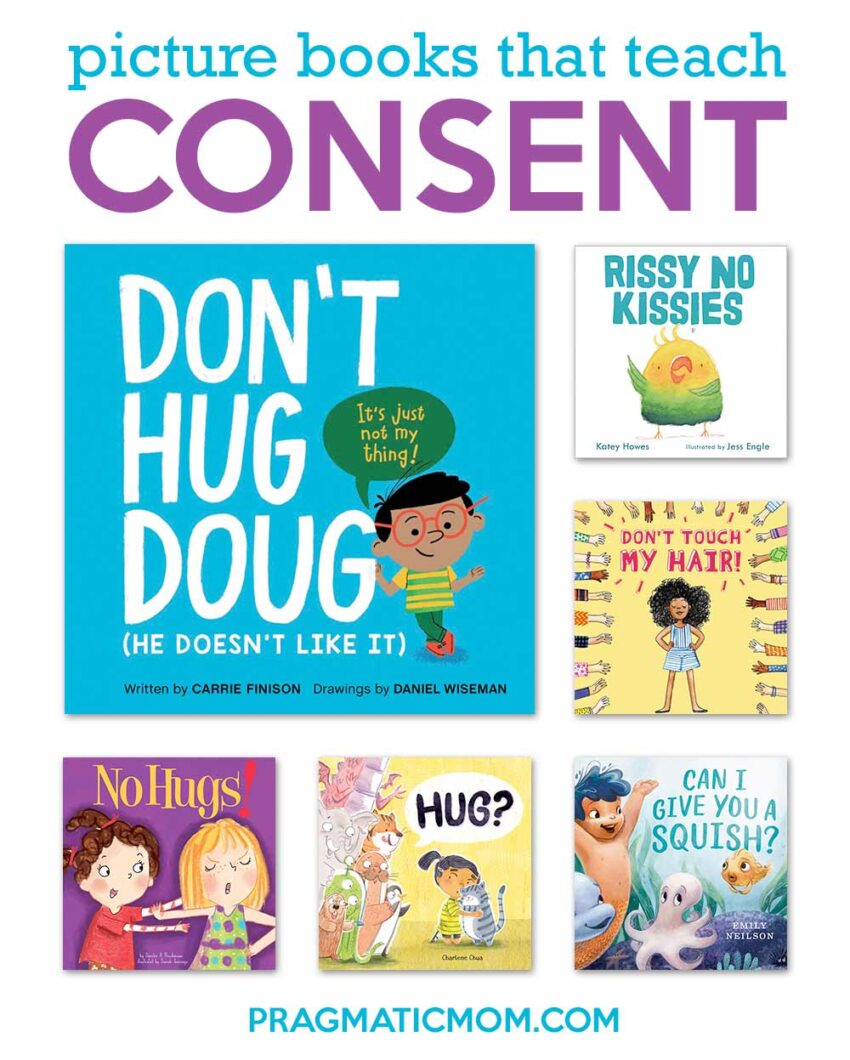 With the rise of the #metoo movement and the recent, seemingly endless string of high-profile sexual assault cases across industries so too has arisen a national conversation around the concept of consent as something that can and should be taught.

As of 2019, nine states mandated that formal sex education include a discussion of consent, and two – Oregon and California – recommended making this a part of social-emotional learning starting in kindergarten. It’s a start, but we’re definitely not talking about consent often enough, or soon enough.

Consent educators recommend that parents and teachers discuss the concept early, then build on those conversations in later years. At the preschool and elementary age, this means teaching children how to both assert and respect boundaries in contexts that are meaningful to them – sharing things, defining personal space, getting and giving hugs and kisses, and so on.

Although picture books for young children with the theme of consent and respecting boundaries aren’t plentiful, there are some recently-published and upcoming books that caregivers and teachers can use as a launching point for these conversations.

When I wrote the first draft of my picture book DON’T HUG DOUG, in 2015, I wasn’t thinking about delivering a larger message or being part of any kind of national conversation about consent, which at that point was barely on my radar screen. I simply wanted to write a book that was rooted in the experiences of children I’d observed — my own kids, their cousins, friends, and classmates: those that went through phases where they didn’t want to hug; those who never liked hugs for sensory or other reasons; and those who were sometimes overly-enthusiastic huggers. But as the manuscript grew over years of revision, it became clear that not only could it be a humorous story about a specific little boy who doesn’t like hugs, but something that could help caregivers approach the topic of consent in a way that even very young children could understand. To me, the best picture books allow readers to extend the story beyond the moment of reading into their own hearts and lives and open up conversation opportunities between the adult and child reader.

In my book, the main character, Doug, states repeatedly, but also cheerfully and without hesitation, that he doesn’t want a hug. Not a hello hug, or a goodbye hug. Not a game-winning home run hug, or a dropped ice-cream cone hug, or even a birthday hug. This models for children how they can respond to the question themselves. Later, the reader is called upon to ASK which characters in the book would or would not like a hug. My hope is that readers can use the book to practice both asking and denying (or granting) consent in their own lives, and declaring how they’d like to show affection, as Doug declares that he prefers to high five. [picture book, ages 3 and up]

Rissy No Kissies by Katey Howes, illustrated by Jess Engle

A lovebird who doesn’t like kisses? Rissy’s friends and family wonder if she’s sick, confused, or rude. But kisses make Rissy uncomfortable. With some reassurance from her mom, Rissy feels better and explores other ways to show affection — singing together, sitting close, holding wings, feather fives, and more. I love that the book shows so many alternative ways to show love and care. It also includes thoughtful backmatter for kids and caregivers to talk further about consent and bodily autonomy. [picture book, ages 5 and up]

More than Fluff by Madeline Valentine

Daisy happens to be fluffy–she’s a young chick after all. Her friends can’t help but want to pet her, squeeze her, and tell her how cute she is. But Daisy doesn’t want to be hugged or kissed. Any kid who has ever been made over at an extended family gathering will relate to Daisy, and they’ll enjoy the funny ways she tries to avoid all the attention. In the end, Daisy finds lots of ways to use her voice and establish her boundaries. [picture book, ages 3 and up]

Can I Give You a Squish? by Emily Neilson

Kai is a little mer-boy who’s big on hugs — or “squishes,” as he calls them. Not everyone’s a fan of Kai’s spirited embrace, though. For enthusiastic huggers, this book introduces the idea that there are other forms of greeting or showing affection that can be just as fun — fin bumps, tail claps, tentacle shakes, and more. It’s a good starting point to talk with children about how they like to be greeted and show affection. [picture book, ages 3 and up]

Consent (for Kids!): Boundaries, Respect, and Being in Charge of YOU by Rachel Brian

Rachel Brian is best known for her work on the Tea Consent and Consent for Kids viral videos which have had more than 150 million views worldwide. This playful graphic novel expands on the Consent for Kids video to explain the aspects of consent clearly, and in a kid-friendly way. Includes setting boundaries, respecting others’ boundaries, withdrawing consent, recognizing and building healthy relationships, and more. [graphic picture book, ages 6 and up]

This is a sweet story about a little girl who starts out hugging her cat, and ends up hugging an ever-growing assortment of animals who come along and ask her for a hug. I like that she finally draws a line and sets a boundary because she no longer feels like doling out hugs, introducing the idea that consent can be withdrawn. [picture book, ages 3 and up]

No Hugs! By Deirdre Prischmann

Zara loves hugs, so she is confused and upset when her friend Alice doesn’t want a hug. Then the tables are turned. This book brings up some interesting talking points for a conversation about consent. Sometimes — whether it’s legitimate or not — people do get offended or upset when they want a hug, but another person doesn’t. Ultimately, the two friends find a way to connect that pleases both of them, through a high-five. [picture book, ages 5 and up]

What I love about this book is how much pride the little girl has in her beautiful hair. She understands why people want to touch it — who wouldn’t? — but she makes it clear that she doesn’t want them to. It’s a great model for kids on how to set a firm boundary and then stick to it, and on the flip side, a great message for those who might be inclined to touch someone else’s hair about how intrusive that can feel. [picture book, ages 4 and up; also available in a board book edition]

Will Ladybug Hug? by Hilary Leung

Ladybug loves to give hello and goodbye hugs. She gives a different style of hug to each of her friends, except Sheep who does not want to hug — “and that’s OK,” the book emphasizes. This simple story will appeal to very young children and help normalize the idea of asking for consent before diving in for a hug. [board book, ages 0-3]

We are giving away a signed copy of Don’t Hug Doug. To enter, please fill out the Rafflecopter below. We can only mail to U.S. and A.F.O. addresses. 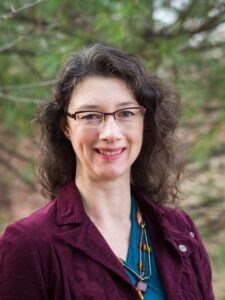 Carrie Finison writes picture books with humor and heart, including DOZENS OF DOUGHNUTS (2020), DON’T HUG DOUG (2021), and the forthcoming HURRY, LITTLE TORTOISE (2022) and LULU & ZOEY (2022). She lives in the Boston area with her family. Connect with her online at www.carriefinison.com or on Twitter @CarrieFinison, Facebook at carrie.finison, or Instagram @carriefinison.