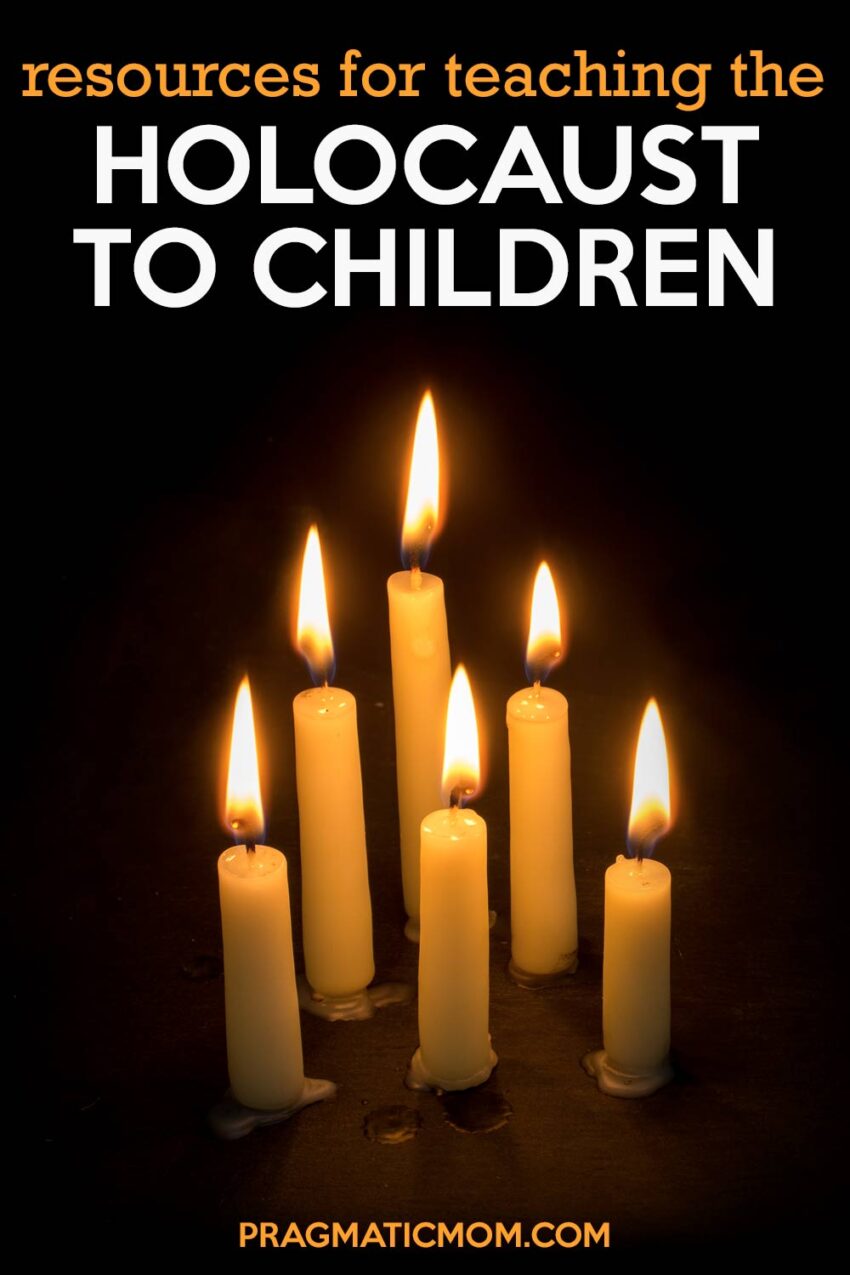 Holocaust Memorial Day is coming up soon on January 27th. We used to host Multicultural Children’s Book Day on the 27th of January every year until we realized that it conflicted with Holocaust Memorial Day. It seemed disrespectful to put our celebration on the same day so we switched our day to the last Friday of January (unless it falls on January 27th, in which case we switch to the last Thursday of January or January 26th). 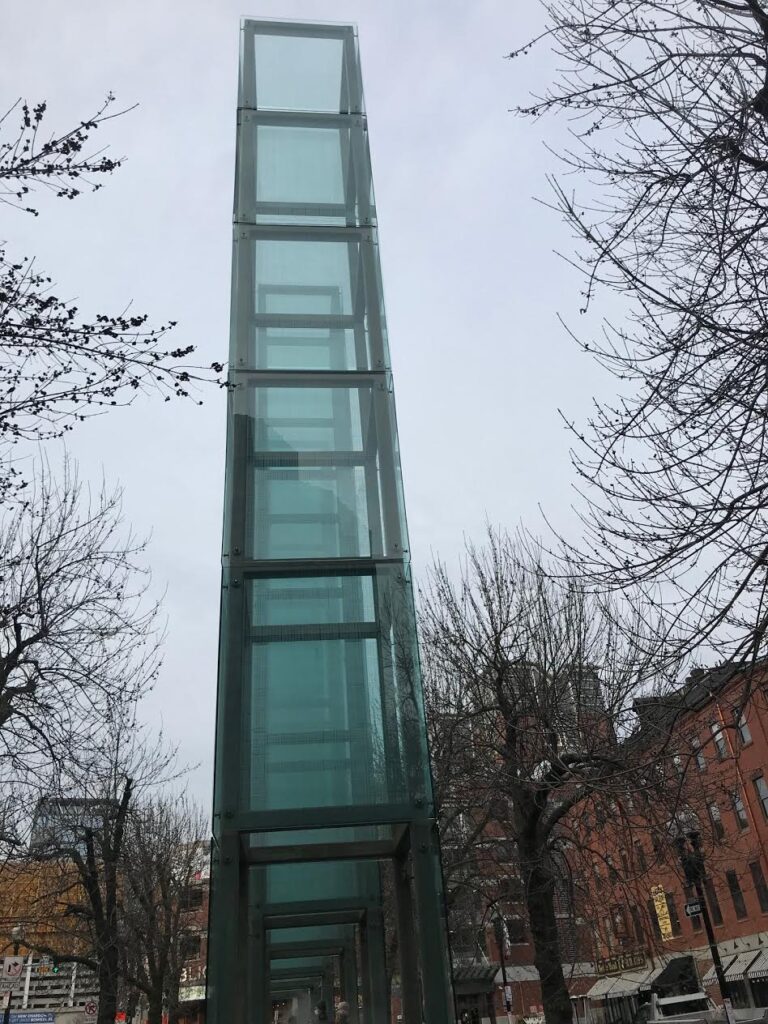 I’m always blown away by how powerful it is. Six glass towers represent the six major concentration camps. On each tower are one million numbers, representing the six million Jews who were killed during the Holocaust. I used to think that the numbers were the actual tattoed numbers, but I learned that they are randomized numbers. The symbolism is can represent the random nature of who was killed versus who survived. 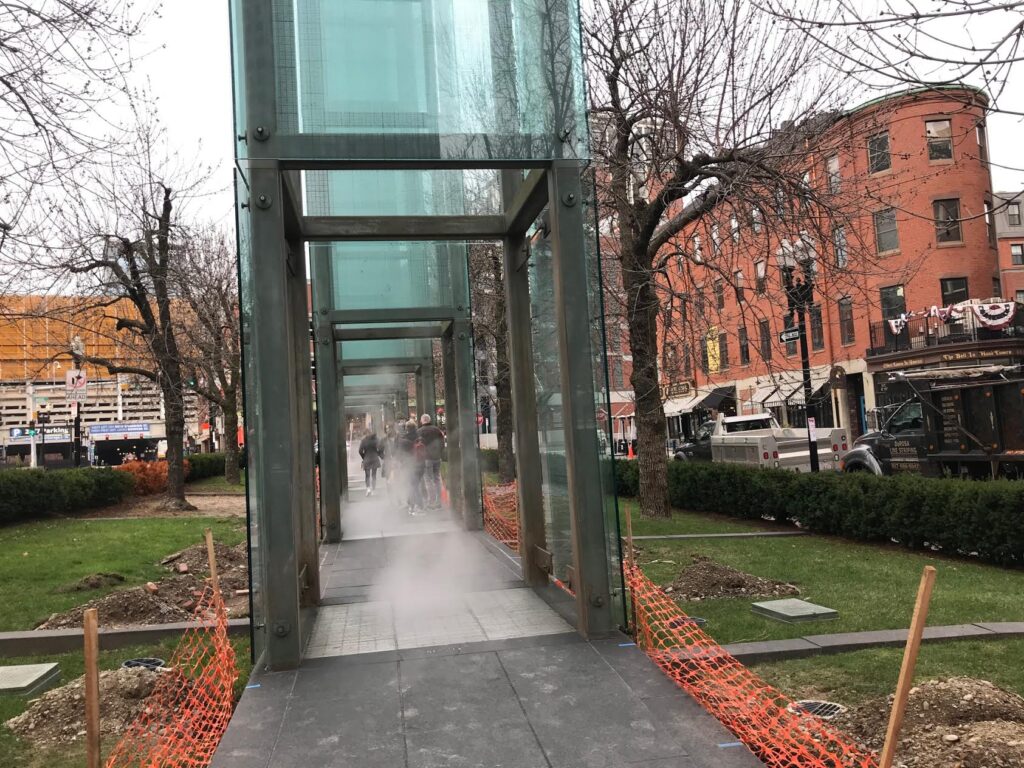 No matter what time of year you visit, you will see steam rising from the openings beneath the towers. The steam represents the smoke from the crematoriums. There are also quotes as you travel along the black granite path.

I went to another powerful Holocaust art performance, For Our Fathers. My college freshman dorm friend, Lisa Rosovsky, has her artwork via slideshow format. Her pieces beautifully match soprano, Ute Gfrerer, who sings songs that are poems by Holocaust victims.

Ute’s father was a Hitler Youth and S.S. Nazi Soldier. Lisa’s father is a Holocaust survivor. Both daughters transformed their legacies of silence and grief into art and music. 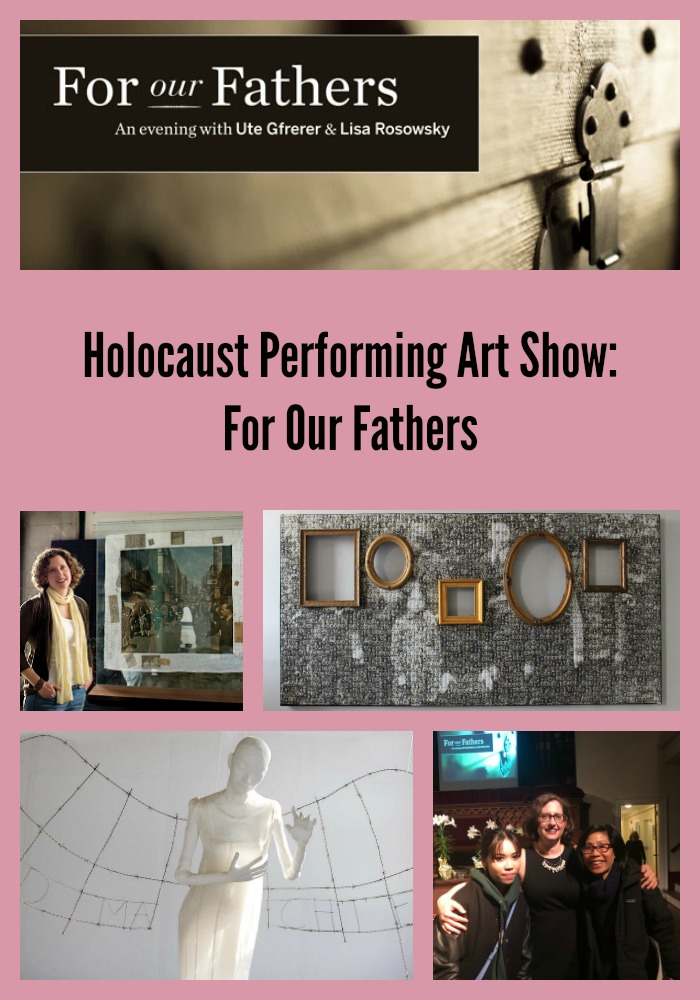 I also have my Haunting Holocaust children’s and YA book list that I constantly update. 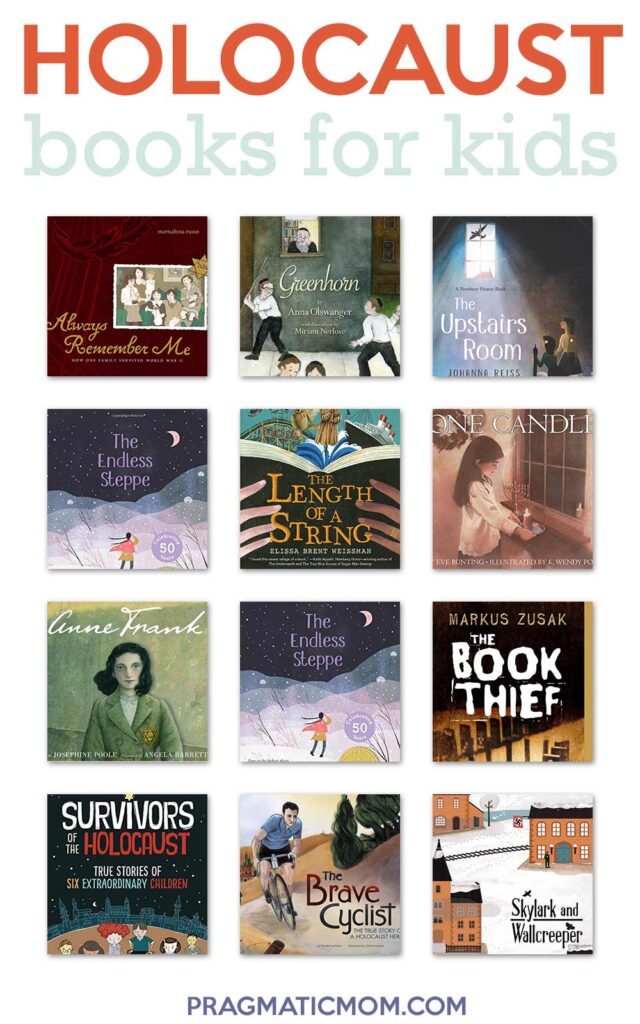 At the bottom of this very long post (now over a hundred books), are these resources:

Resources for Teaching the Holocaust to Children

Initially geared to help educators, the free program was designed to help everyone from parents, grandparents, the clergy of all faiths, youth-group leaders, and the general public seeking a way to begin to understand what really happened. Available here.

FREDDY NAFTEL, a teacher with a family history tragically tarnished by the Holocaust, discusses why it’s important to keep educating the younger generation about the horrors that happened under Hitler.

I have two separate ways of teaching the subject to students in Years 7 and 8 and to older students. While it is absolutely necessary to reveal the truth about what happened, I tend to avoid the more graphic descriptions and photographs when working with younger students. I usually start with the final scene from The Boy in the Striped Pyjamas, the book and film of which is often studied in Years 7 to 9 and thus provides an excellent introduction to the topic. From here, I discuss how the victims ended up in the camps and what it would feel like to be a Jew (and especially a German Jew) in 1930s Germany.

For Year 9 and upwards, I show the liquidation of the Warsaw Ghetto scene from Schindler’s List and accompany this extract with a comprehension worksheet, which asks students to describe exactly what is happening and how they feel while watching this. What are the overall impression and message the film conveys?

What is of the utmost importance to me, however, is the personal story connected with the subject. I talk about my own family and how my mother and grandparents escaped from Nazi Germany in 1934 and how my great-grandmother survived the camps but would never talk about her experiences. I show family photos and particularly a picture of my great-aunt and uncle, who perished in Auschwitz, an event which affected my grandmother for the rest of her life.

We discuss the crisis of faith that followed the terrible events of the Holocaust. Could one still believe in God or did many people lose their faith completely?

Finally, has the Holocaust taught us anything and have lessons been learned? In which case, why have acts of genocide been happening at this time and are continuing today in countries such as Egypt and Syria?

Emery Jacoby is a 90-year-old Holocaust survivor who recently participated in a question-and-answer session on Reddit. After receiving a huge and deeply supportive response from Germany’s youth, Jacoby made this brilliant video for his young friends.

She Was 40 When The Nazis Took Her. Now, She’s Outlived Them And Has Something Incredible To Say.

Young Adult Post WWII Jewish War Story: What I Saw and How I Lied