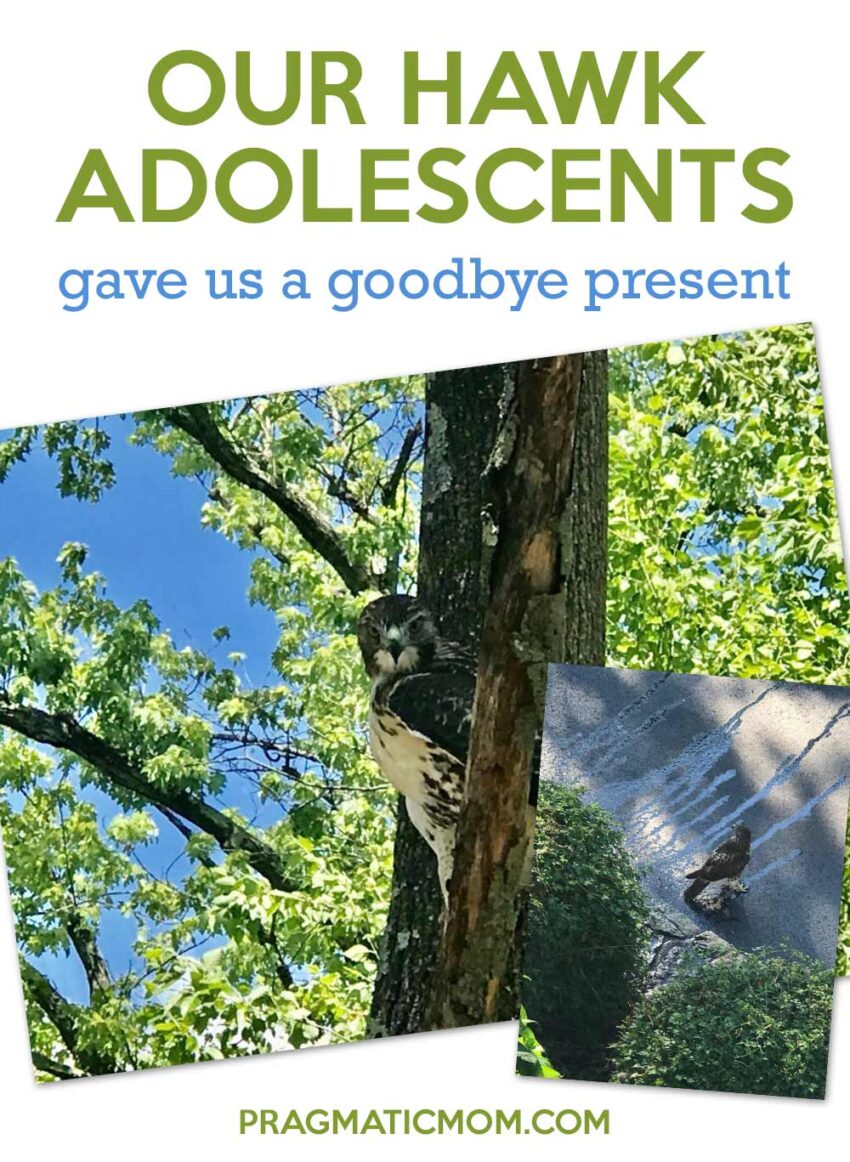 You’re unlikely to see this bird in your backyard (unless yours is a big one). Red-tailed Hawks eat mostly mammals, so they’re less likely to visit a popular feeder than a Cooper’s or Sharp-shinned hawk is. It’s very rare for a Red-tailed Hawk to go after dogs or cats. from All About Birds

The best thing that happened during Covid-19 quarantine on our little street was a family of Red-tailed Hawks that returned to raise their babies. They nested a few trees away from our house. Our immediate next-door neighbors would see their nest from their second floor. 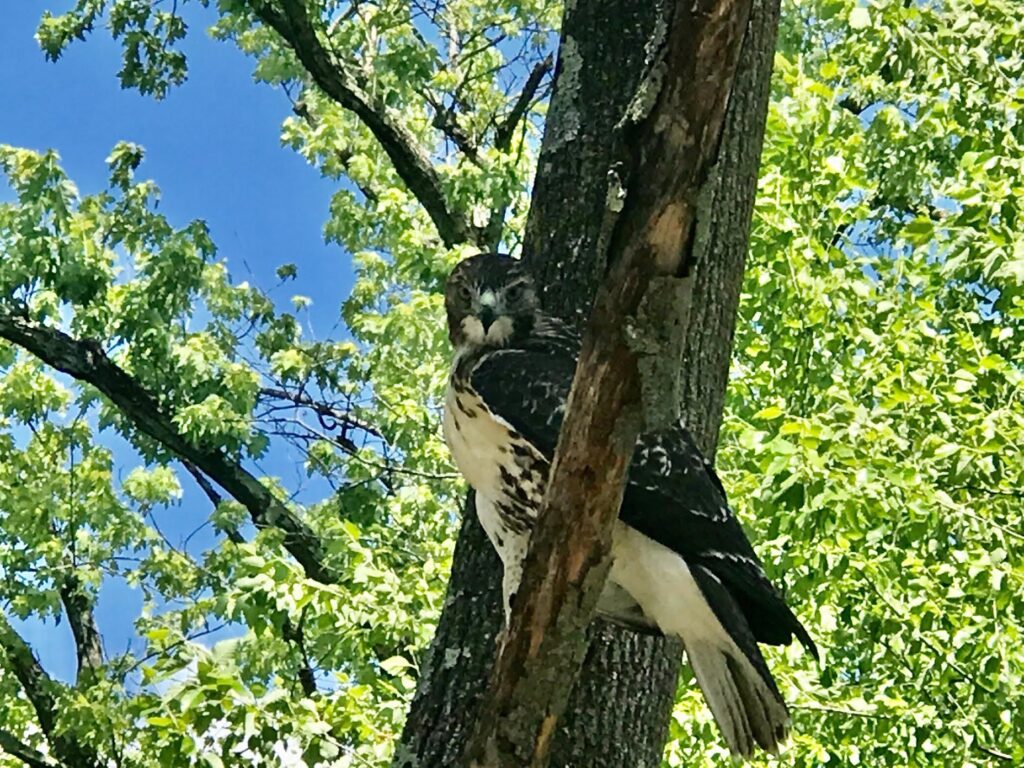 They hatched two youngsters and our neighborhood has enjoyed watching them grow up, especially when they were learning to fly. As they set off each day to explore, they went further and further away but returned at 6 pm for their bedtime routine in a tree across from my house.

Our final encounter with the juvenile hawks was the amazing experience of one of them enjoying a shower via a hose from my husband. 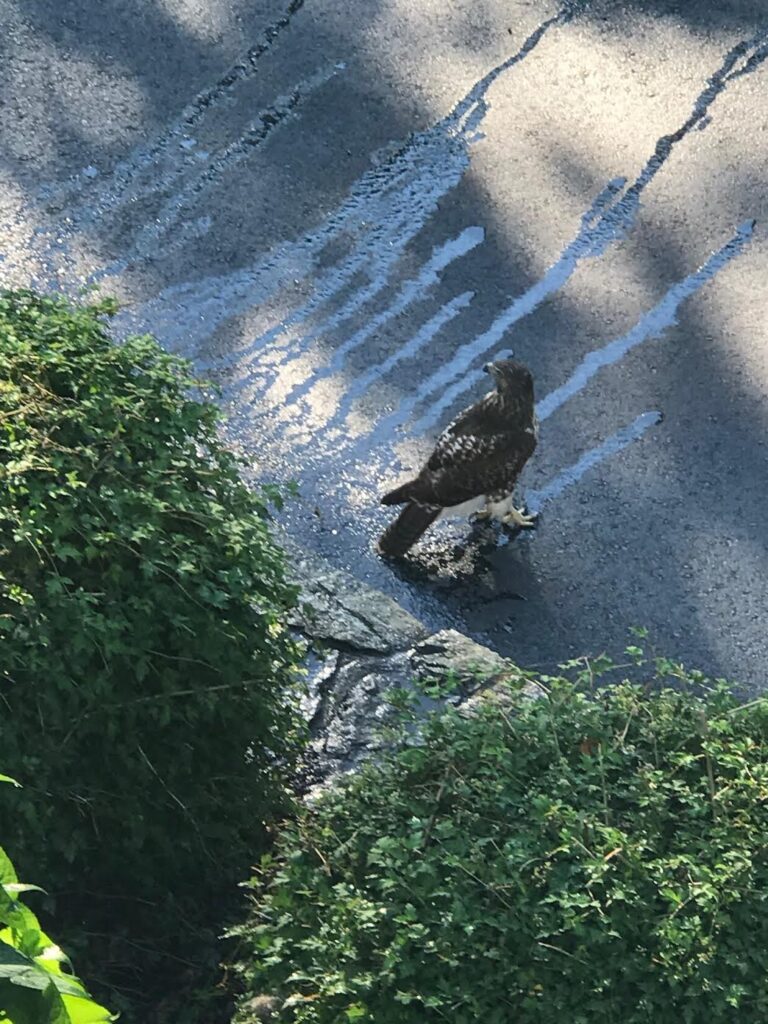 Our hawks do not migrate according to All About Birds. My husband said that he watched a parent hawk try to teach the babies to hunt by dropping a dead chipmunk from a perch high in a tree our driveway and the babies paid no attention. They are such teenagers! I assume that the babies got the hang of hunting because our hawk family hasn’t returned recently. I think they are out exploring.

Cool Facts about Red-tailed Hawks from All About Birds:

I hope our hawk parents return to rear more babies. I’ll keep you posted next spring if this happens! How about you? Are you enjoying backyard wildlife too? Thanks for sharing!

All About Hummingbirds: A Unit for Kids