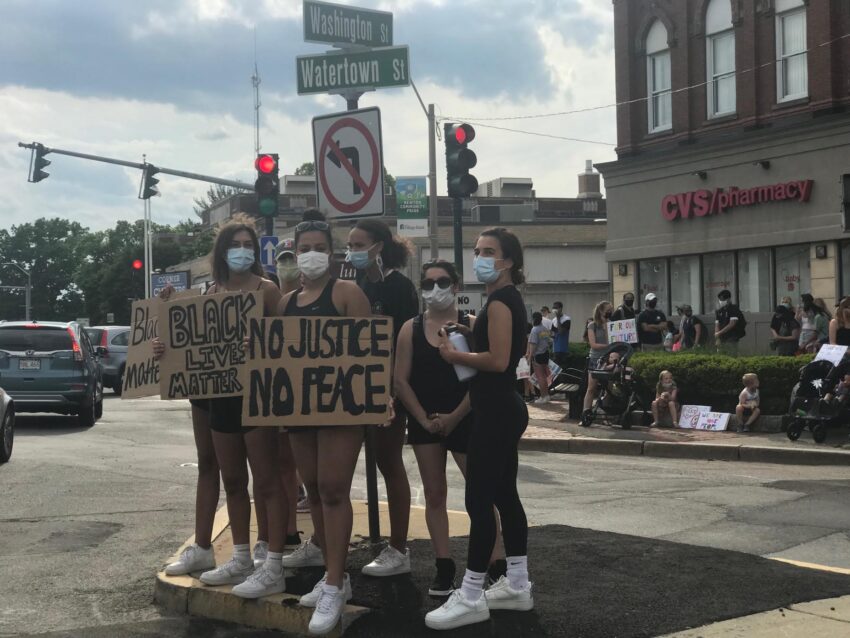 My son’s friend Andrew Riebe wrote a poem and posted in on Instagram. He’s also a rising high school sophomore. He writes, “Just a poem I decided to write today regarding the tragic death of George Floyd at the hands of a Minneapolis police department cop who spent 8 minutes crushing George’s neck with his knee. This poem also regards police brutality as a whole.” Then he says, “How long are we going to keep letting this happen? Stand up and do something about it. Do what you can. Don’t just say that’s sad and stand by.”

And it was this message that made me decide to attend my first march. 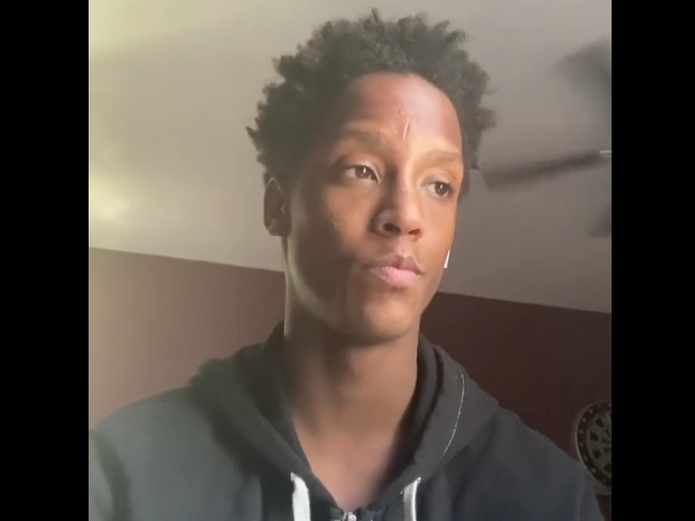 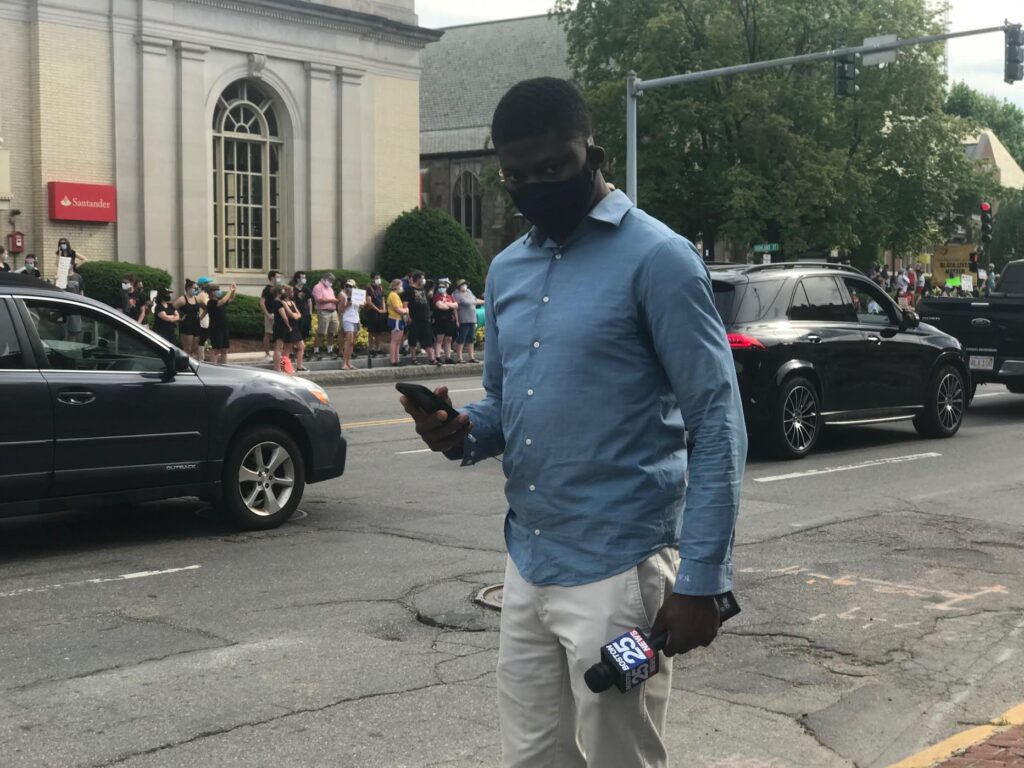 And, it turns out, he wasn’t the only person they targeted. Tim Duncan, a former assistant athletic director at Northeastern University claimed he was racially profiled by police at the Newton Whole Foods parking lot.

My point is that one person, even a child, can make a difference. And we all work together, we can create the change we seek. 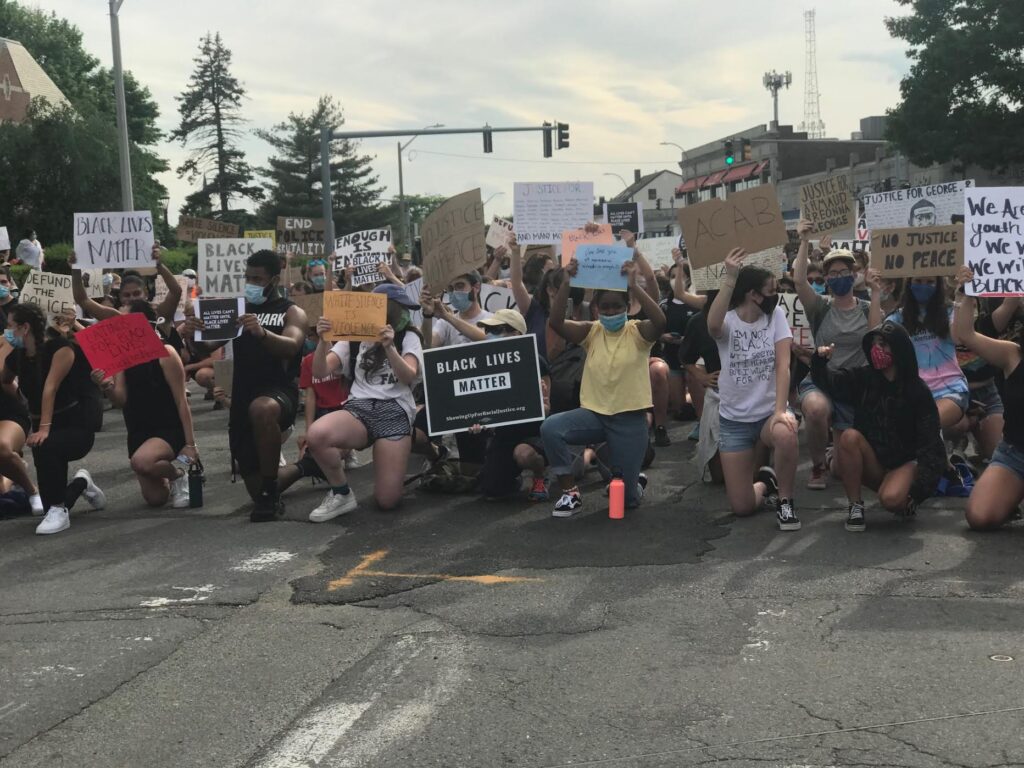 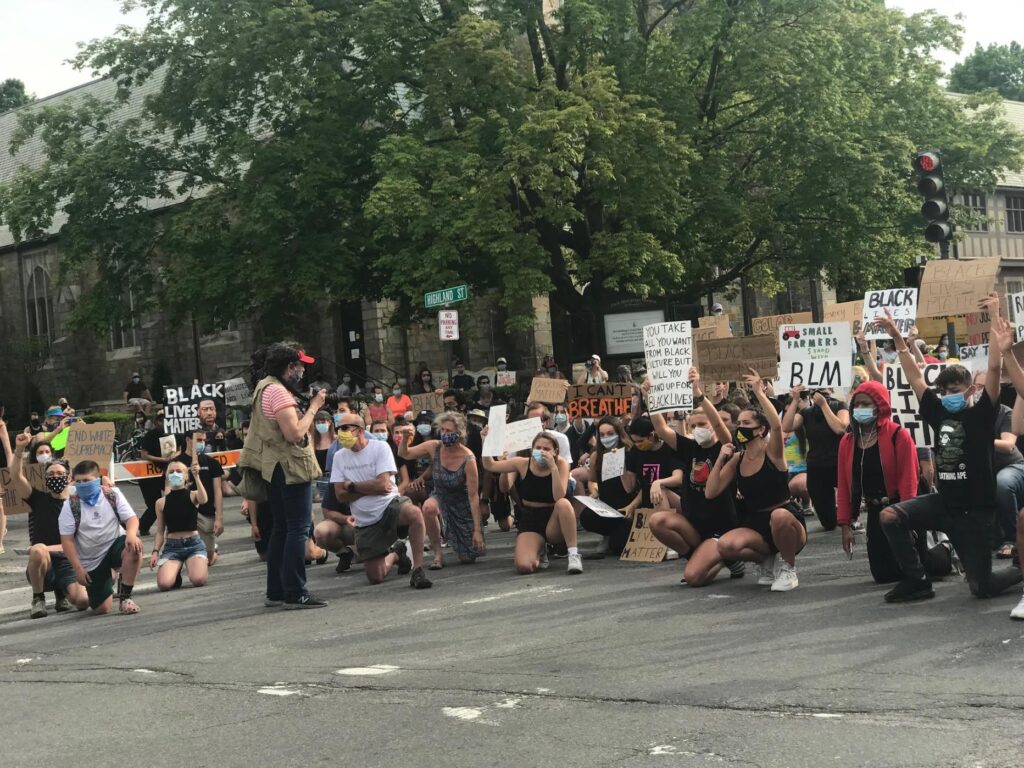