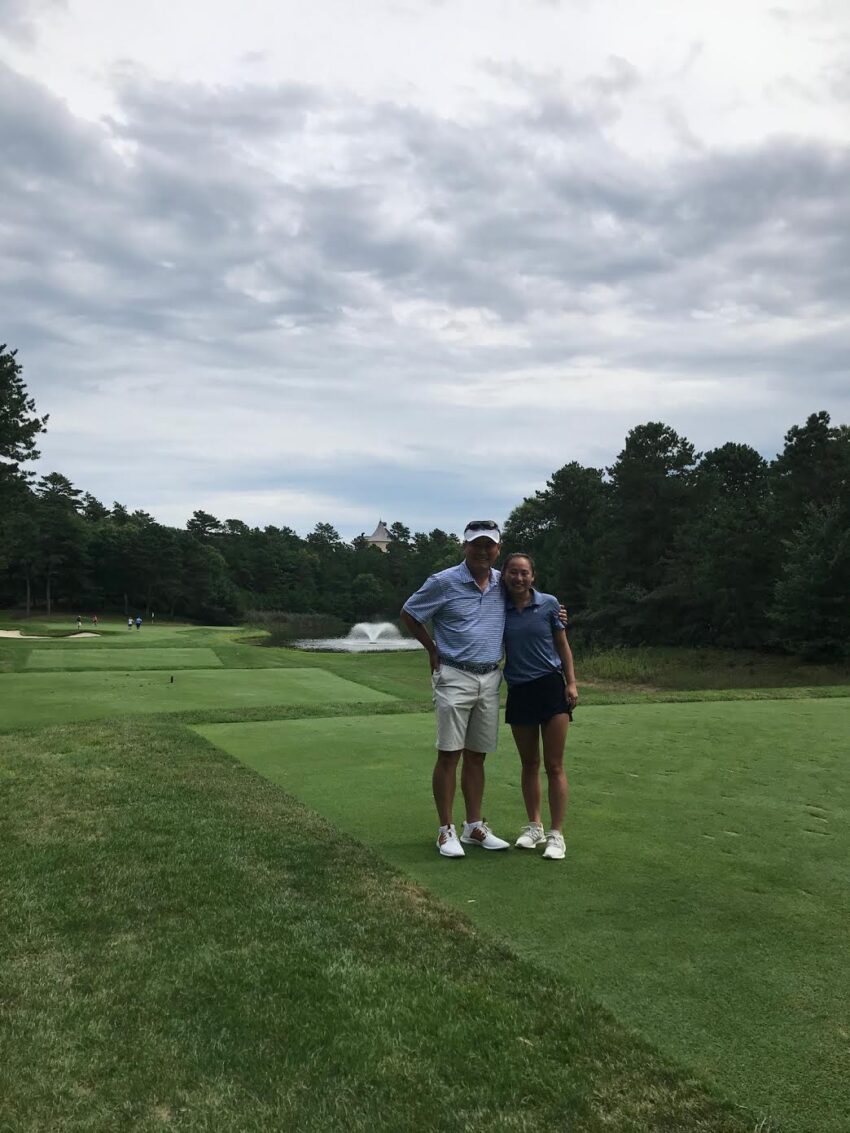 My husband and middle daughter placed third in the Forward Division of the Mass Golf’s Father Daughter tournament. This is the second time that they competed together. A good time was had by all!

John Dias and Callie Dias, of Renaissance, finished runner-up at 11-over 83, while Tai Lee and Ali Lee, of Granite Links Golf Club were two strokes behind them for third 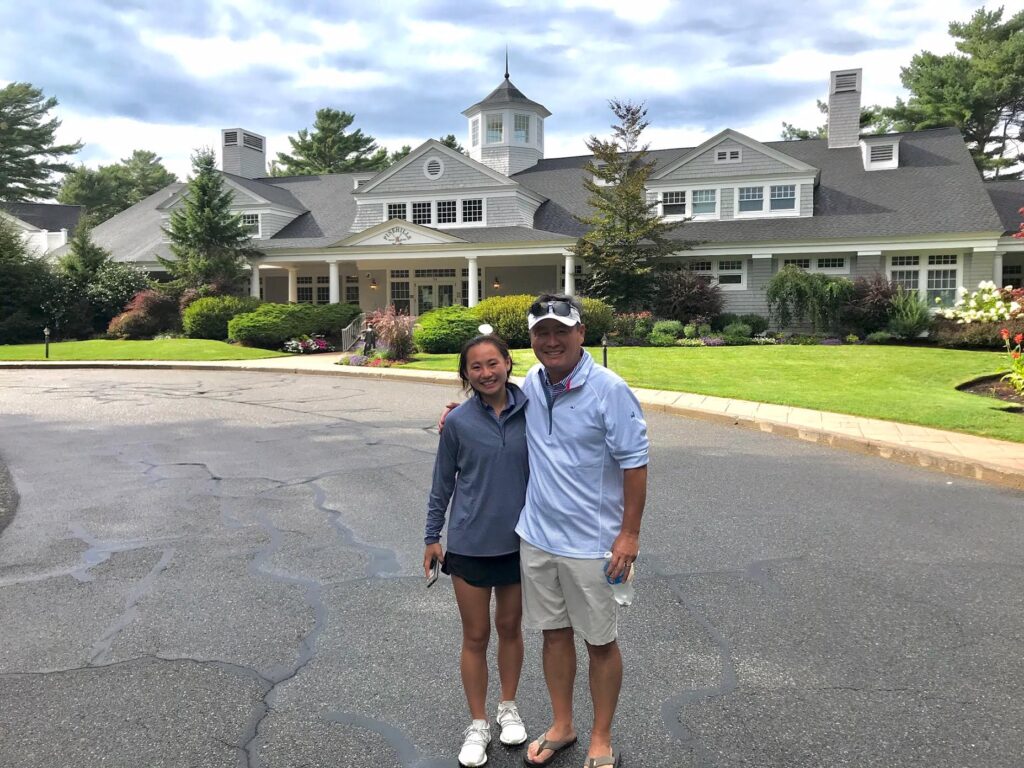 PLYMOUTH, Massachusetts – The Smith family is officially in a league of its own now when it comes to success in Mass Golf’s Father Daughter tournament. Phil Smith (Vesper CC) won the Forward Division title with his third different daughter, as he and Maddie Smith (Vesper CC) shot a 9-over 81 to win by two strokes Wednesday at Pinehills Golf Club – Jones Course.

Tate Hadges and John Hadges, both of Thorny Lea Golf Club, won the Father Daughter for the first time, finishing 2-under to win by one stroke.

The players had mostly clear conditions with light winds and some light rain at the end of the day.

The competition, which dates back to 1981, uses a Modified Scotch format. Each team member hits a tee shot after which the better of the two balls is played into the hole in alternate shot format.

It’s been 10 years since Hadges last won, but now the two can just about hit it as far as each other, making them a solid pair for competition. But more importantly, the two enjoy being able to play well as a team.

“Being able to play has given us a fun time and cool opportunity that others might not be able to have,” Tate Hadges said. “It’s a fun day no matter what, and it’s nice to be in contention.”

John Hadges said the pair was able to avoid trouble throughout the round, keeping it in play and setting up mostly birdie and par chances. The pair made birdies twice on the front nine and twice on the back, including the par-5 18th. After Tate drove it over the bunker on 18, John hit a four-iron that just rolled off the green. Tate was able to chip on, and John made the 10-foot putt.

“She’s been playing well as of late,” John said of Tate. “Playing with your daughter or son, it’s great. It doesn’t get any better than that. It’s a hard feeling to describe.”

That birdie was key as runners-up, Gene Gonzalez and Jacqueline Gonzalez, of Charles River Country Club, also made birdie on the 18th as the 2017 champions finished 1-under. Jacqueline, a recent Holy Cross graduate, and her father made birdie three times on the back nine.

Dean Godek and Alia Godek, of Agawam Municipal Golf Course, finished third at even-par 72. The 2016 Forward Division champions made six birdies but finished their round with two bogeys.

Phil Smith is former Mass Mid-Amateur champion and has won the Father-Daughter several times previously, but on Wednesday, he said his youngest daughter, Maddie Smith was the leader in another victory for the Smith family.

“She was the force behind the team,” Phil said of Maddie, who hit 12 of the drives that the team selected to play.

Phil won the Championship Division with Morgan Smith last year, plus two forward divisions each with both Morgan and Molly Smith, within a span of seven years. But with both playing at a tournament in Maine, Maddie stepped up to the plate and kept the legacy going.

And she more than held her own with her accurate drives and clutch putting. The pair made birdie on the par-5 6th and followed up with a solid par save. After Phil hit into the water on the second shot of the 18th hole, Maddie punched it into play, Phil hit onto the green and Maddie made a 10-footer to save bogey.

“Today is really special,” Phil said. “I don’t play a lot competitively anymore, and you definitely feel the pressure. Maddie’s game has come a long way. I wanted he to get on the wall, so to speak.

Maddie has more great golf ahead as she was medalist in a qualifying event for the Women’s Lowell Cities tournament at Long Meadow Golf Club. All four Smith daughters, plus their mother Lynn, will play in the event, which begins September 19. Molly and Morgan won in  2018 and 2019, respectively.

“It’ll be a fun day for the Smiths,” Phil said.

John Dias and Callie Dias, of Renaissance, finished runner-up at 11-over 83, while Tai Lee and Ali Lee, of Granite Links Golf Club were two strokes behind them for third