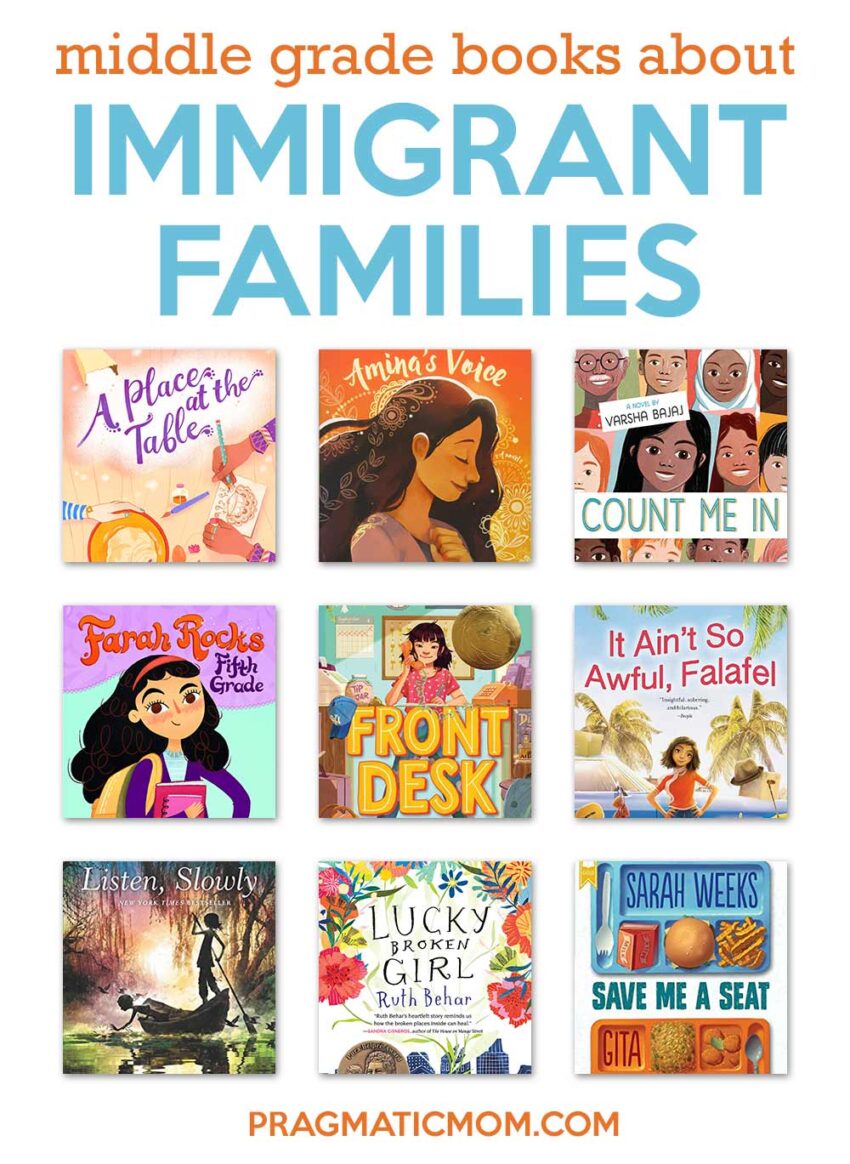 I met Laura Shovan through social media and I got to know her when she included me to create a NCTE proposal for a sports-related panel.

I had read her first book, a novel in verse, about an elementary school that was closing down and I liked it. It was the first novel in verse that I read where every chapter was in the voice of a new character.

Her second middle grade novel, Takedown, was very different from her first. It was about wrestling and I learned that her kids are competitive wrestlers. I also loved Takedown, which has themes of friendship and being the only girl in a male-dominated sport.

We exchanged emails over a wrestling incident where a wrestler was forced to cut his dreadlocks or forfeit his match … an example of structural racism in high school sports.

Laura is a connector and organizer extraordinaire and I was so pleased to learn that she was co-authoring a book with Saadia Faruqi. I love Saadia’s Meet Yasmin! chapter book series about a spunky Pakistani-American girl with a big imagination and an ability to find adventures in everyday life.

Jarrett Lerner organized a dinner when Saadia was in Boston for school visits a year ago and it was lovely to meet her in person. It’s not often that I get to meet the authors on my blog in real life!

Today is an exciting day because it’s their book launch! We are giving away a copy of A Place at the Table. Please fill out the Rafflecopter at the bottom to enter.

A Place at the Table by Laura Shovan and Saadia Faruqi

Laura and Saadia seamlessly weave the story of two unlikely friends, Elizabeth and Sara. Each is adjusting to finding a new best friend in 6th grade and they discover that food can be a bridge that transcends racism. Sara, who is Pakistani-American, has experienced casual but cruel racist comments all her life.

Her mother runs a catering business and is also the teacher for the afterschool cooking club. Her accent and hajib make her an easy target for the racists in her community including those at her school. Elizabeth is Jewish with ties to Christianity through her English mother.

Both their moms are immigrants but are viewed very differently in their community. And yet, their moms also have a lot in common. Both are struggling with their citizenship test preparation. I thought this storyline exposed the perception of who is “American” versus who is a “foreigner.”

The friendship struggles that Elizabeth and Sara are going through are on the mark for middle school. I found it authentic to my kids’ experience that friendships are more group-based. They shift and morph with some fluidity, like amoebas that detach but then move on to a new group.

I have read so very many middle grade books where the protagonist has but a single friend who is moving on leaving her with nobody. I find that story line overused and not what happens to most kids who start middle school which pools from multiple elementary schools.

A Place at the Table is the perfect read for kids who can relate to middle school drama and enjoy foodie adventures. It’s also a book that makes you feel hopeful; that racism can be fought not with hate but with love because what is homemade food but love in an edible form? [middle grade, ages 8 and up]

And now Laura and Saadia also describe their book:

Immigration is a topic that is close to both of our hearts. We decided to co-author a novel about the ups and downs of middle school from the perspective of two first-generation American girls.

A Place at the Table (Clarion/HMH Aug 11, 2020) is a story about food, friendship, family and what it means to belong. You’ll meet Sara, a Pakistani-American with immigrant parents, and Elizabeth, a white, Jewish girl with a British mother.

Sixth graders Sara and Elizabeth could not be more different. Sara is at a new school that is completely unlike the small Islamic school she used to attend. Elizabeth has her own problems: her British mum has been struggling with depression.

The girls meet in an after-school South Asian cooking class. Elizabeth takes the class because her mom has stopped cooking, and Sara, who hates to cook, is forced to attend because her mother is the teacher.

The girls form a shaky alliance that deepens, making plans to create the most mouth-watering cross-cultural dish and win a spot on a local food show. They make good cooking partners . . . but can they learn to trust each other enough to become true friends?

For readers who enjoy reading about immigrant and first generation life, we chose the following ten middle grade novels (ages 8-14):

Amina has never been comfortable in the spotlight. She is happy just hanging out with her best friend, Soojin. Except now that she’s in middle school everything feels different. While Amina grapples with these questions, she is devastated when her local mosque is vandalized. [middle grade, ages 8 and up]

Count Me In by Varsha Bajaj

Karina Chopra has always avoided Chris, the boy next door. When her grandfather starts tutoring Chris, she discovers he’s actually a nice, funny kid. But when the three of them are assaulted by a stranger, Karina shares their story on social media, and quickly attracts attention from all kinds of immigrants. [middle grade, ages 8 and up]

Farah Hajjar, known as “Farah Rocks” to her friends, is a smart, funny, and brave Palestinian-American girl. She is excited to turn in her application to the Magnet Academy, where she hopes to attend sixth grade with her best friend.

But when new girl and bully Dana Denver shows up and starts picking on Farah’s little brother, Farah’s world is turned upside down. [middle grade, ages 8 and up]

Mia Tang manages the front desk of the Calivista Motel while her immigrant parents clean the rooms. But she has a secret: her parents are helping other immigrants by giving them free rooms in the hotel. The owner Mr. Yao won’t be happy if he finds out. [middle grade, ages 8 and up]

It Ain’t So Awful Falafel by Firoozeh Dumas

It’s the late 1970s, and fitting in becomes more difficult as Iran makes U.S. headlines with protests, revolution, and the taking of American hostages. [middle grade, ages 8 and up]

A California girl born and raised, Mai can’t wait to spend her vacation at the beach. Instead, she’s stuck traveling to Vietnam with her grandmother, who is going back to find out what happened to her husband during the Vietnam War.

Mai learns more about her family’s culture, and herself than she expects. [middle grade, ages 8 and up]

Ruthie Mizrahi and her family recently emigrated from Castro’s Cuba to New York City. Just when she’s finally beginning to gain confidence in her mastery of English, a car accident leaves her in a body cast and confined to her bed. [middle grade, ages 8 and up]

Save Me a Seat by Sarah Weeks and Gita Varadarajan

Joe has lived in the same town all his life and was doing just fine until his best friends moved away and left him on his own. Ravi’s family recently moved to America from India, and he’s finding it pretty hard to figure out where he fits in.

Joe and Ravi don’t think they have anything in common, but they discover have a common enemy: the biggest bully in their class. [middle grade, ages 8 and up]

The Land of Forgotten Girls by Erin Entrada Kelly

In this acclaimed novel from Newbery Medalist Erin Entrada Kelly, two sisters from the Philippines, abandoned by their father and living in impoverished circumstances in Louisiana, fight to make their lives better. [middle grade, ages 8 and up]

David Da-Wei Horowitz has a lot on his plate. He has to prepare for his upcoming bar mitzvah while trying to please his Jewish and Chinese grandmothers, who argue about everything. But David just wants everyone to be happy. [middle grade, ages 8 and up]

A Place at the Table GIVEAWAY

We are giving away a copy of A Place at the Table. Please fill out the Rafflecopter below to enter. We can only mail to U.S. addresses. 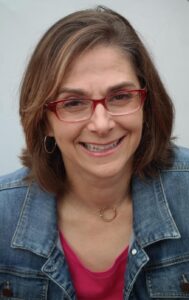 Laura Shovan’s debut middle grade novel, The Last Fifth Grade of Emerson Elementary, won several awards, including NCTE 2017 Notable Verse. Her novel Takedown was selected by Junior Library Guild and PJ Our Way, and was on the ALA’s Amelia Bloomer list of feminist books. A Place at the Table, co-written with author/activist Saadia Faruqi, publishes on August 11, 2020, from Clarion/HMH. Laura is a longtime poet-in-the-schools in Maryland. She likes to knit, bake bread, and doodle robots. 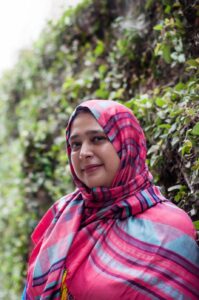 Saadia Faruqi is a Pakistani American author, essayist, and interfaith activist. She writes the children’s early reader series Yasmin published by Capstone and other books for children, including middle grade novels A Place At The Table (HMH/Clarion 2020) co-written with Laura Shovan, and A Thousand Questions (Harper Collins 2020). She has also written Brick Walls: Tales of Hope & Courage from Pakistan a short story collection for adults and teens. Saadia is editor-in-chief of Blue Minaret, a magazine for Muslim art, poetry, and prose, and was featured in Oprah Magazine in 2017 as a woman making a difference in her community. She resides in Houston, TX with her husband and children.