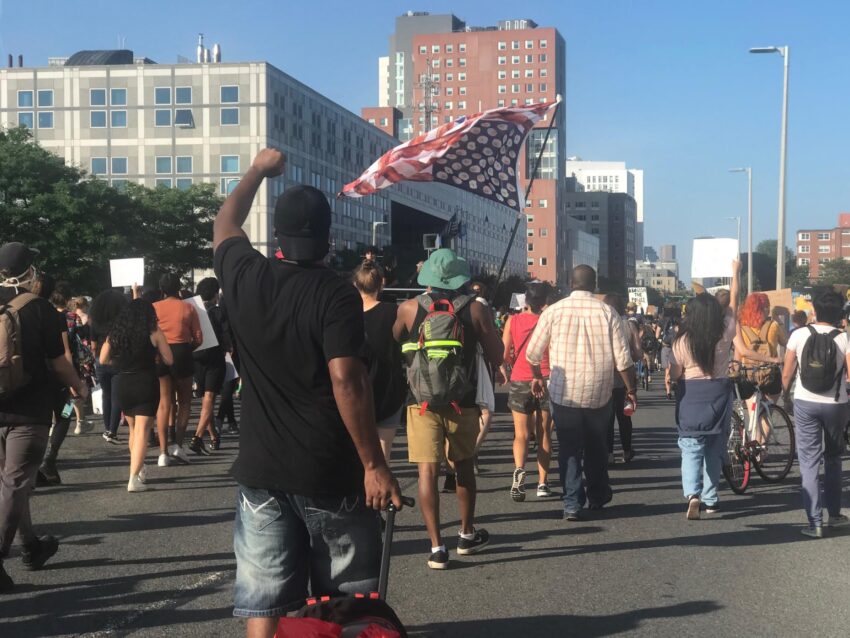 My neighbor invited me and my daughters to join her and her daughter at the Say Her Name March in Boston on the 4th of July.

There were speeches before the actual walking part of the march started. They had issues with sound equipment so the speakers had to talk really loudly. The speaker line up included a Native American man who is tribally enrolled in the Sha-um-ut, the Native Americans who lived on the very land that we were standing on. I learned today about the Boston First People, the Sha-um-ut Native Americans. I could find very little online about The Sha-um-ut but he pointed out that the name Shawmut is used prominently throughout Boston from banks to street names.

“Boston, the largest city in New England, is located on a hilly peninsula in Massachusetts Bay. The region had been inhabited since at least 2400 B.C. by the Massachusetts tribe of Native Americans, who called the peninsula Shawmut.” From History.com

The march got going but then stopped in specific places where Black people were killed by police. I lived in the South End for many years, but I was unaware of a schizophrenic Black man who was killed. This is a good example of when social workers trained in mental health disorders would be a better choice of first responder than the police force.

Our march took us from Roxbury through the South End. My daughter and I had never really spent much time in Roxbury and we appreciated this close up view. My first time in Roxbury was actually attending Carol Boston Weatherford’s and Ekua Holmes’ Voice of Freedom picture book event. It’s a reminder of how the many ways to be an activist beyond marching, like art!

I wanted to highlight some public art that I noticed on our march.

This mural at 808 Tremont Street is by Roxbury-native Rob Gibbs and is called “Breathe Life 3.” You can learn more about his at his website Problak.

This iteration of Breathe Life features a fresh and graphic portrayal of two children, smiling widely, surrounded by radiant beams, practicing the American Sign Language words Breathe Life. More than just a title, Breathe Life is a philosophy, meant to promote positivity, share energy, and lift-up images that reflect the community back to itself. from Now and There

Rob “ProBlak” Gibbs is a visual artist and organizer who has transformed the cultural landscape of Boston through graffiti art since 1991. from Problak

I also really liked this powerful piece in front of the Boston Police Department. I don’t know who the artist is. 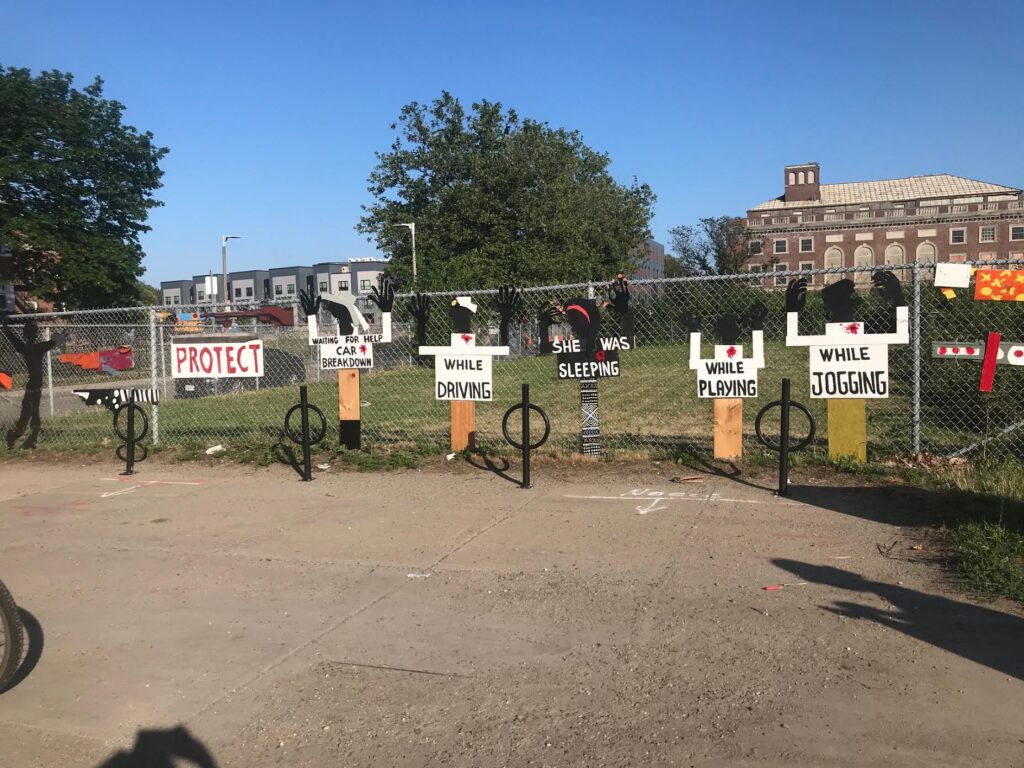 Our march ended peacefully. And then we had a socially distanced BBQ with our neighbor. It was a nice way to spend the 4th of July!

How about you? How was your 4th? Have you been marching too?