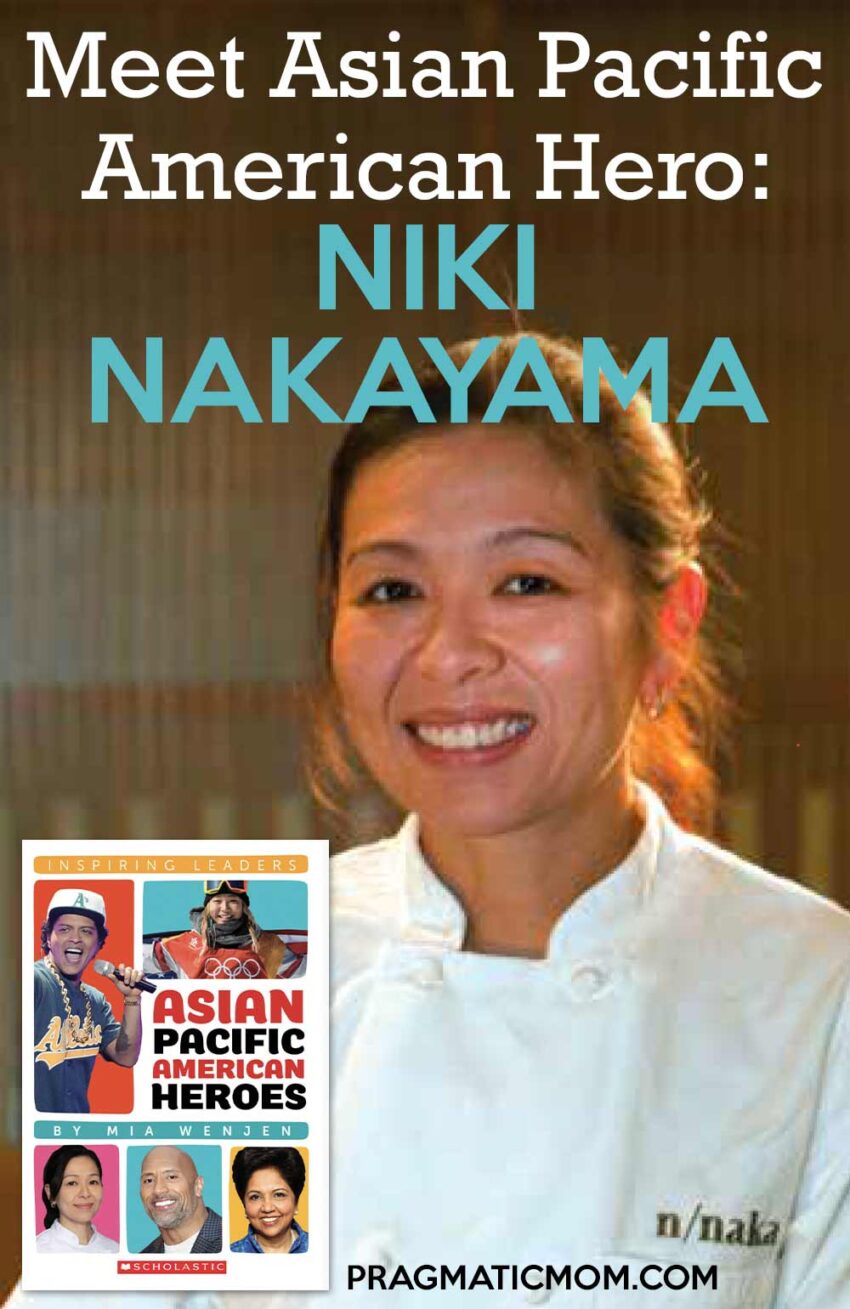 I first discovered Niki Nakayama through the NetFlix show Chef’s Table which my oldest child gushed about and insisted that I watch. I love food documentaries in general, but Chef’s Table is my favorite because it shows how adversity played a huge role in each person’s story.

Niki Nakayama’s story is no different. She had a triple stigma to overcome in her profession: she’s female, Japanese American, and queer. But she goes about breaking boundaries in a “head-down, don’t complain, work-hard-and-prove-them-wrong” kind of way. It’s very Japanese.

I was thrilled to be able to experience her food and meet her in person. My oldest child stalked N/Naka’s reservation system to get us in when we were in California. We took the 10pm reservation and while we did not get home until 1am, it was totally worth it! She’s an Asian Pacific American hero to me that inspires me and my daughters to pursue your creative vision.

Did you know that was a looong journey for Niki Nakayama to finally be able to create the kind of food that she wanted to?! All this and more in Asian Pacific American Heroes. It’s available on the Scholastic Website and through Scholastic Book Clubs flyers.