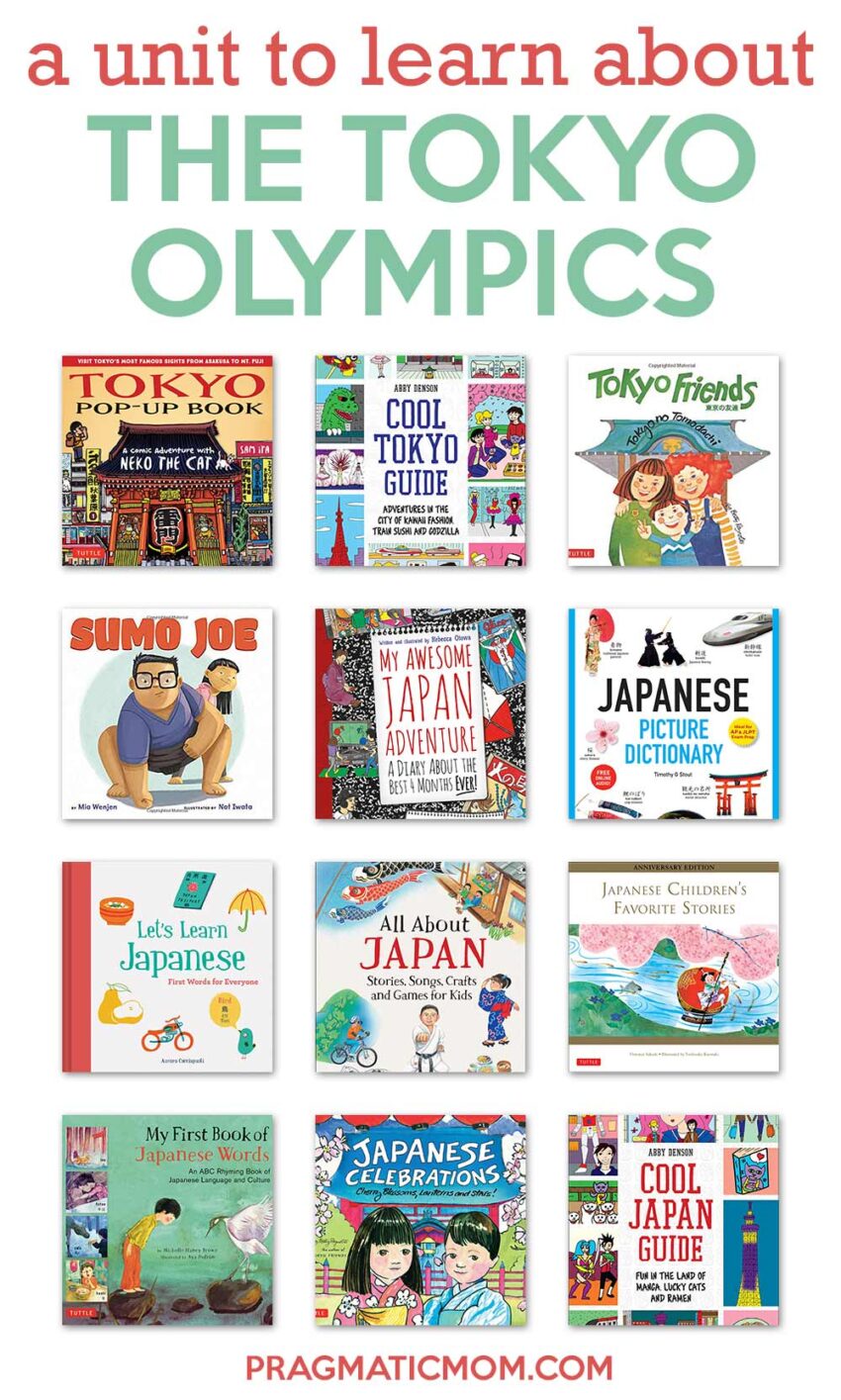 The unthinkable happened. Olympics have been canceled due to war in 1916, 1940, and 1944 but this is the first time in the history of the Olympics that the games have been postponed. What does this mean for the Olympic athletes? Let me tell you about my boxing trainer, Marc Gargaro…

Marc has been training the U.S. Men’s and Women’s National Boxing Team for the past three years. The women that I train with at Nonantum Boxing Club were so excited about this opportunity for him. He had just gotten married and was about to have his first child when he got the call to join the U.S. National Team training camp in Colorado Springs.

The U.S. National Boxing team did not have a dedicated training team for the previous Olympics. Guest trainers would come to train the team which made for inconsistent strategies. The fitness training, I’m told, was excellent, but the boxer that I knew from Rhode Island who had made the U.S. National team opted to train at home at her gym because the boxing training was all over the place.

Then, four years ago, money was allocated to U.S. Boxing which always had great boxers who could win Olympic medals by virtue of their individual athleticism. A new dedicated coaching team would reside year-round at the Olympic Training Center in Colorado Springs. Billy Walsh was brought in as the head coach. He began boxing at the age of seven and would eventually represent Ireland at the 1988 Olympics. Billy Walsh implemented a boxing strategy designed to win amateur events such as the Olympics which is scored on points, not knockouts.

Today, as I write this post on March 24, 2020, he is down in Argentina with the U.S. Men’s and Women’s Boxing team for the Olympic qualifiers. I believe these tournaments are still taking place.

In the meantime, we have an extra year to learn about the Tokyo Olympics. My thanks to Tuttle Books for providing the books for our giveaway! Please fill out the Rafflecopter at the bottom to enter.

How do you feel about the Tokyo Olympics being postponed? What are your favorite Summer Olympics events to watch? Thanks for sharing!

Kids Books to Learn about the Tokyo Olympics

Follow 13-year-old Chico and Neko the cat as they travel the cultural landmarks of Tokyo. They begin at Asakusa Temple, visit a shopping area by Akihabara Station, watch Sumo, pass Shinjuku Station, travel Tokyo Skytree, the tallest structure in Japan, and finish at the base of Mt. Fuji. This adventure is both a pop-up book and a graphic novel. [pop up book, ages 5 and up]

Cool Tokyo Guide: Fun in the Land of Manga, Lucky Cats and Ramen by Abby Denson

The Cool Tokyo Guides are also graphic novels. Think of this series as having an American cartoonist giving you her personal tour of Japan. These guides introduce Japanese words, culture, customs, sights, festivals, food, and more. This is a great introduction to Tokyo if you are armchair traveling or getting ready for your trip.  [graphic novel tour guide, ages 10 and up]

Her second book provides more useful tips on traveling through Japan including advice on food, hotels, shopping, and sights to visit. She includes a kid-friendly section for those who making this a family vacation! This series is perfect for kids to research Japan before visiting. [graphic novel tour guide, ages 10 and up]

Katie and her Japanese friends, Keiko and Kenji, explore all that Tokyo has to offer from food to festivals, to culture. Japanese words are also introduced.

My Awesome Japan Adventure: A Diary about the Best 4 Months Ever! by Rebecca Otowa

Dan, an American 5th grader, is an exchange student in Japan. He records his adventures in this easy to read diary full of his drawings and thoughts. He tries new foods, visits a Ninja village, learns brush painting, and experiences what it is like to go to school in Japan. Dan’s high energy and upbeat diary make for a fun guide book. [notebook novel, ages 7 and up]

Learn about Japanese culture and holidays in this month-by-month tour of Japan. Japanese vocabulary words are also introduced. [nonfiction holiday picture book, ages 7 and up]

Let’s Go To Taekwondo!: A Story about Persistence, Bravery and Breaking Boards by Aram Kim

Taekwondo was an Olympic demonstration sport in 1988 when Seoul hosted the Olympics. It became a medal sport in the 2000 Sydney games. In this picture book, Yoomi is preparing to test for her yellow belt and that includes breaking a board! She’s scared to try but Yoomi learns to push through her fears and frustrations. Sometimes the hardest part of a belt test is mental preparation! [picture book, ages 4 and up]

Sumo was one of the sports being considered for the Tokyo Olympics but it did not end up being picked. Karate was chosen instead. In my picture book, you can learn about Japanese martial arts Sumo and Aikido in this rhyming picture book pitting big brother against little sister. [picture book, ages 4 and up]

Books for Kids to Learn Japanese

The photo illustrations are a good way to learn Japanese words and characters. There are 1,500  Japanese words and phrases in this book, organized by topic. If you are not cramming for travel, tt’s easy to pick and choose chapters based on what might need for your trip. This book is helpful for both kids and adults who are learning Japanese. [language picture book, ages 9 and up]

Let’s Learn Japanese: First Words for Everyone by Aurora Cacciapuoti

For anyone trying to grow their Japanese language vocabulary, this picture book geared for children will work for all ages. The words are grouped by theme and include English, kanji (which are Chinese characters that Japanese uses), and hiragana and/or katakana (which is like a Japanese alphabet). I like the illustrations of fruit and objects the most because they are more colorful. The illustrations of people are not my favorite nor the page spreads that read more as monochromatic. Still, this is a serviceable picture book to enjoyably learn Japanese nouns. [picture book, ages 4 and up]

This is a lovely picture book in ENGLISH but with Japanese words for each letter both in Hiragana and Kanji. There are also interesting tidbits of information about the Japanese culture that kids would enjoy. [picture book, ages 2 and up]

Twenty Japanese folk tales are presented in this lovely anthology. Because each story is a stand-alone, this makes a perfect bedtime storybook! Learn about Japanese classics like the inch-high samurai and Momotaro, the Peach Boy. These stories reflect Japanese values of virtues of honesty, humility and hard work. [folk tale picture book anthology, ages 9 and up]

The Tale of the Lucky Cat by Sunny Seki

The waving cat at Japanese restaurants and stores might be familiar but perhaps this Japanese folktale of how the Maneki Neko (The Cat That Invites Good Luck) is new to you. It’s new to me and I’m half Japanese!

Long ago in Japan, a kind but poor toymaker named Tokuzo traveled from village to village to sell his toys. He happened to see a cat running from a dog who ended up in a terrible accident.

Tokuzo took the cat home and nursed it carefully but the cat died. He carefully buried the cat, said his goodbye and went on his way. A storm started, and Tokuzo took shelter under a tree. Suddenly he saw a waving cat that looked exactly like the cat he rescued. Puzzled, he went to the cat. An instant later, lightning struck the very tree he stood under. Was this the very same cat who had died?

He told many people about this mysterious cat and ended up asking a wise old man, a master craftsman for advice. Tokuzo decides to create a statue of the cat to share his good luck. The statue, made of clay, ends up being as a waving cat, very much like the ones you see today!

This story reminds us that all acts of kindness matter.

Bilingual Japanese folktale in Japanese and English! [picture book, for ages 4 and up.]

All About Japan: Stories, Songs, Crafts and Games for Kids by Willamarie Moore, illustrated by Kazumi Wilds

Use this book for activities to learn about Japanese culture but it actually covers much more including geography and maps. You can use it for a social studies unit on Japan as well as a travel guide. [activity book, ages 8 and up]

The Complete Story of Sadako Sasaki and the Thousand Paper Cranes by Sue DiCicco and Sadako’s brother Masahiro Sasaki, endorsed by the Sadako Legacy NPO

Just two years old when the atomic bomb dropped on her city of Hiroshima, Sadako Sasaki contracted the “atomic bomb” disease ten years later. This is the story of her life as an energetic girl who loved to run, and fought for her life folding a thousand good luck origami cranes. Her story personalized the effect that the atomic bomb had on ordinary people and, like Anne Frank, she is the human face and symbol of a great tragedy. [middle grade, ages 8 and up]

My thanks to Tuttle Books for providing the books for our giveaway! Two winners will each win a copy of The Complete Story of Sadako Sasaki and the Thousand Paper Cranes paired with one of the Cool Tokyo Guides. Please fill out the Rafflecopter at below to enter. I can only mail to U.S. and AFO addresses. 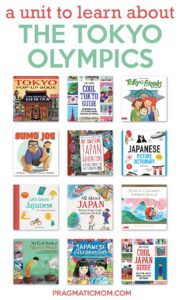 7 thoughts on “A Unit to Learn About the Tokyo Olympics & GIVEAWAY!”