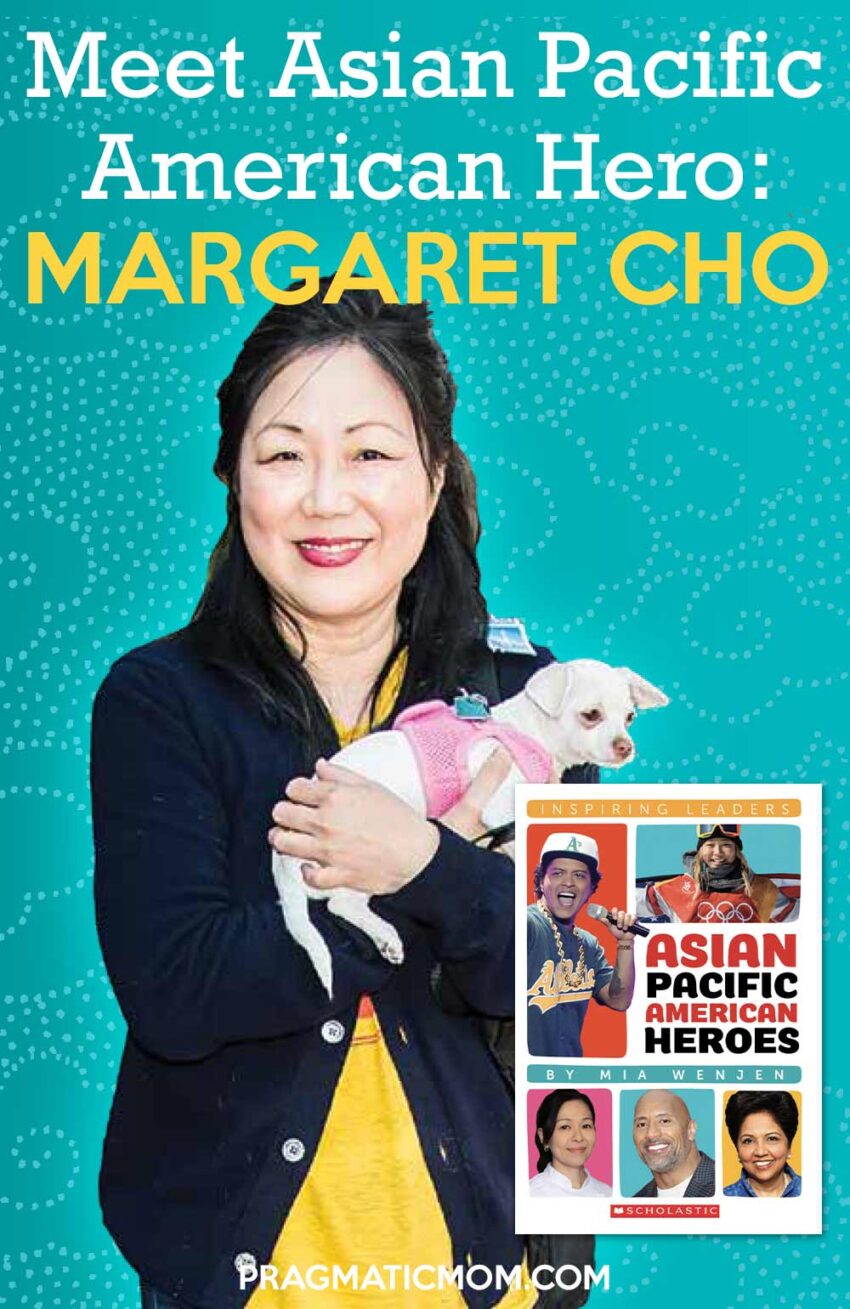 I knew about Margaret Cho from the TV show that she starred in when I was a kid but I hadn’t really followed stand up comedians. When I asked my husband which Asian Americans I should include in my book, he immediately suggested Margaret Cho and totally went to bat for her. I had no idea he was such a big fan. He is much more in the know of stand up comedians than I am!

I was unfamiliar with her background and had no idea where she grew up in a Japanese American neighborhood, like my own mother. Her parents owned an LGBTQ independent bookstore in San Francisco. Right there … that’s a story that you don’t hear about every day in the Asian American community. But it gets even more dramatic. The AIDS crisis happened when she was a teenager and it rocked her close-knit community. She talks about it here:

Did you know that Margaret Cho began her stand up career fundraising for AIDs research?! All this and more in Asian Pacific American Heroes. It’s available on the Scholastic Website and through Scholastic Bookclubs flyers.