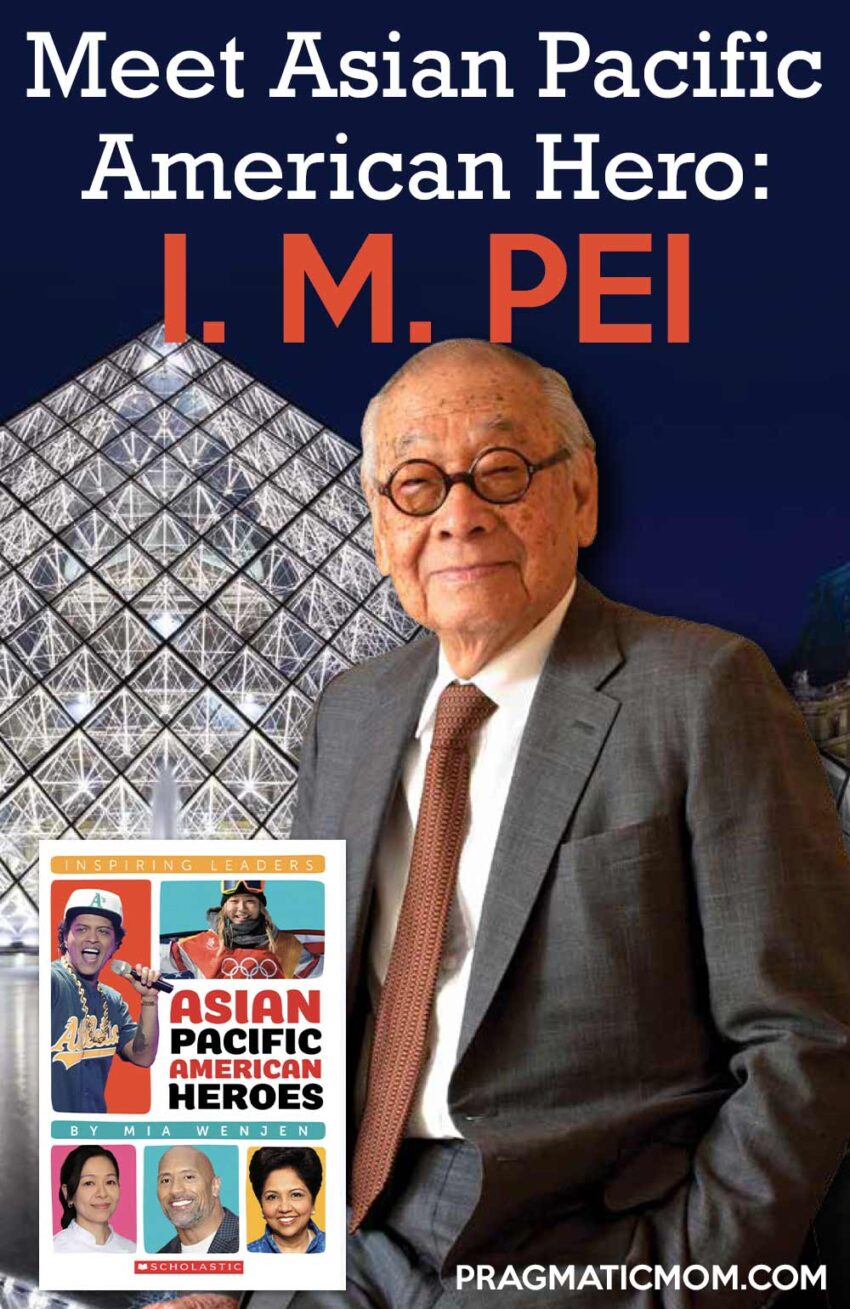 There is such a refined elegance to I. M. Pei that is only matched by his warm personality. It’s a combination that allowed him to move in the upper echelons of society in any country. In a way, he reminds me of my own father. Both immigrated from China in pursuit of their education. Though they learned English at a late age, they spoke it flawlessly, without a discernable accent. And while they were in very different professions, each was fascinated by form and translated that into a mathematical language set in nature.

My father did research in Topology, the study of geometric properties and spatial relations unaffected by the continuous change of shape or size of figures. I. M. Pei used geometry to create a modern aesthetic in his architectural style.

Did everyone know that I. M. Pei, while an undergraduate student at the University of Pennsylvania, was too intimidated to study architecture there?! All this and more in Asian Pacific American Heroes. It’s available on the Scholastic Website and through Scholastic Bookclubs flyers.