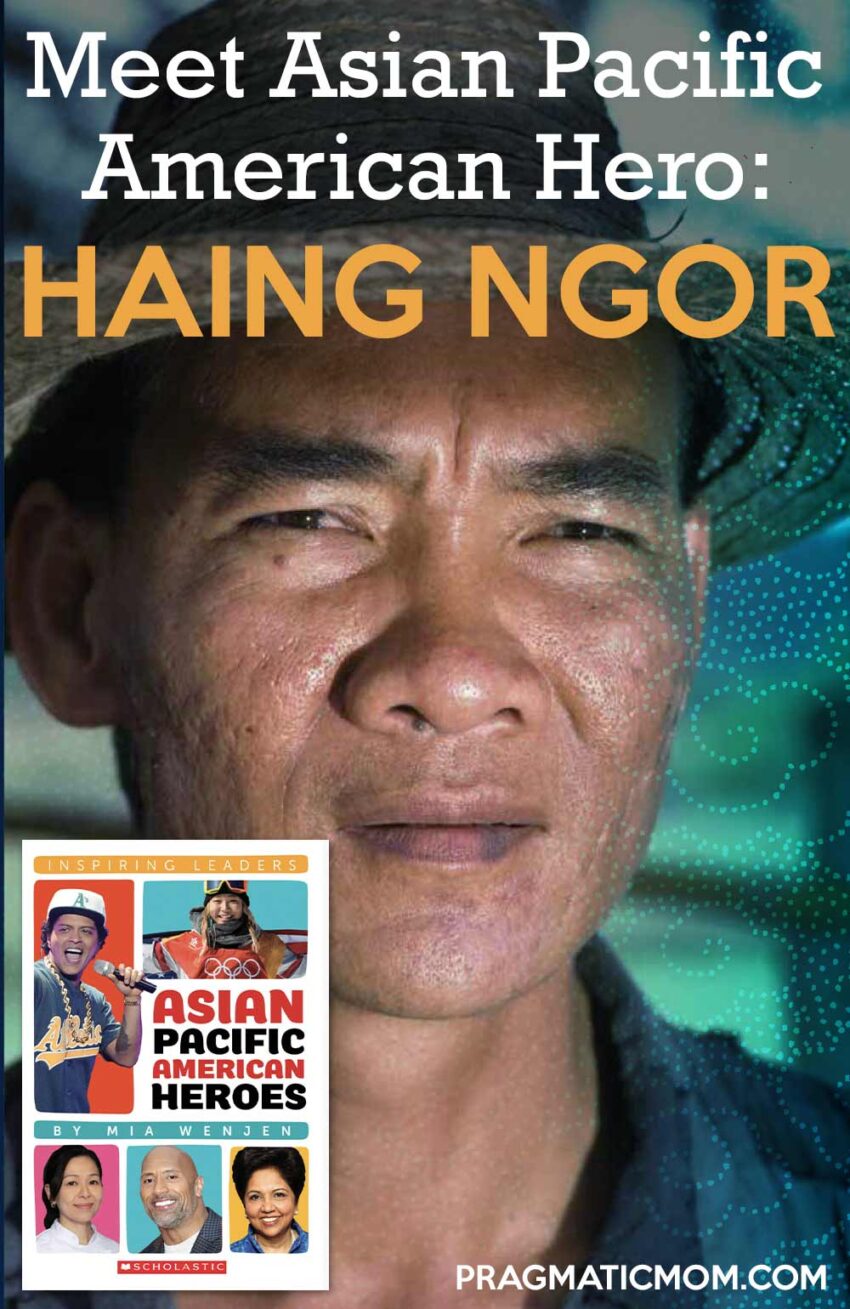 Haing Ngor might be best known for winning an Oscar for his performance in the movie, The Killing Fields, about the genocide of the Cambodian people by the Khmer Rouge regime. But in a way, Haing Ngor’s life has always been on behalf of helping his people, and this movie was just a different platform for the work that he did.

Did you know that Haing Ngor was an immigration counselor who helped Southeast Asian immigrants resettle? I didn’t include this in my book, but I heavily researched his murder at age 55. Some people, including close friends and family, believe that he was murdered by his work bringing war criminals in Cambodia to justice. All this and more in Asian Pacific American Heroes. It’s available on the Scholastic Website and through Scholastic Bookclubs flyers.