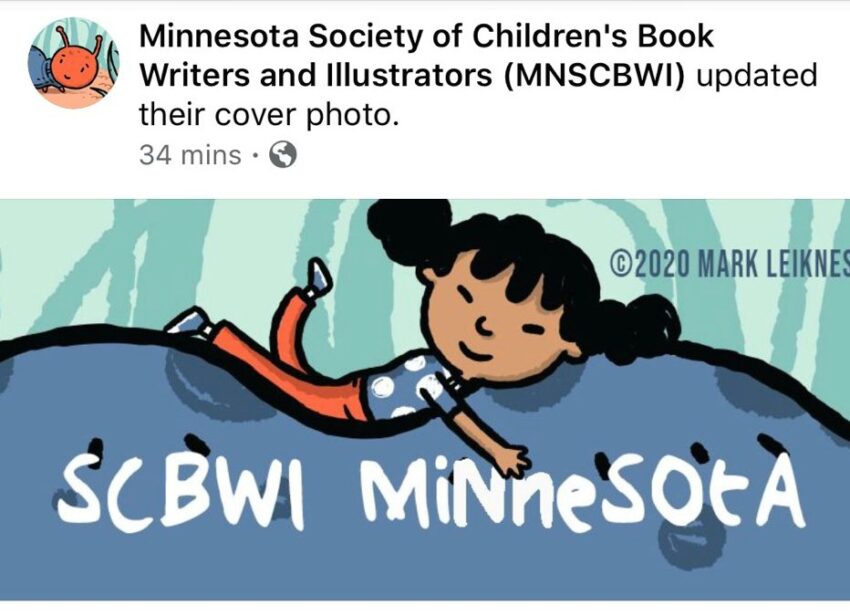 I predict we will be accused of being a mob, of cancel culture, that they will use all the phrases white people use to protect and inoculate themselves and deflect from the racism that originally caused this situation.

I am on the Northeast SCBWI Equity and Inclusion Committee so this hit close to home for me. The SCBWI Minnesota branch apparently chose an illustration for their Facebook banner. The illustration depicts an Asian girl with slits for eyes. 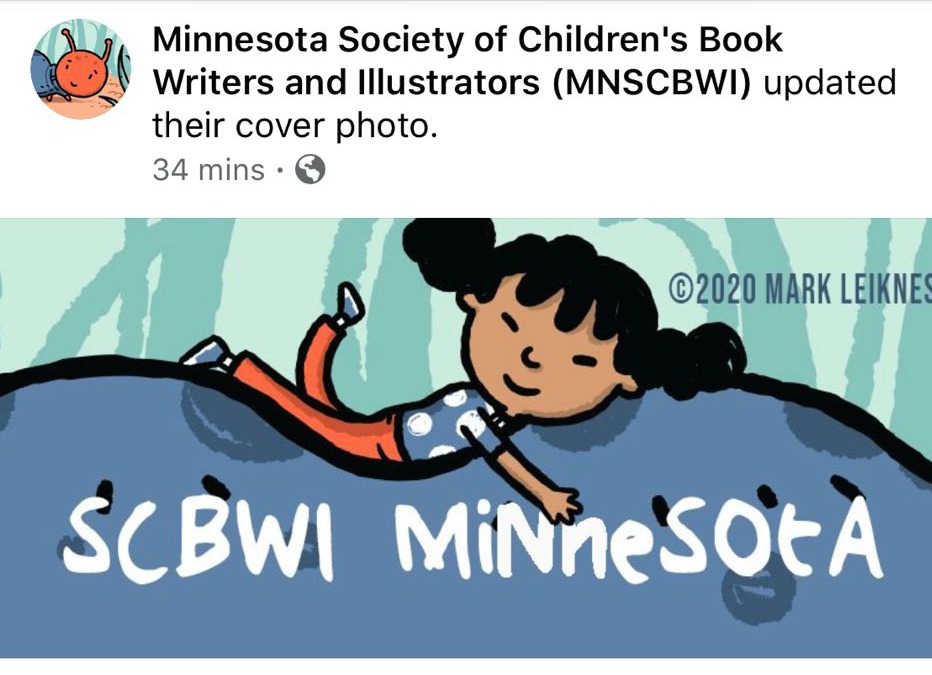 When Sarah Park Dahlen, an Asian American studies KidLit expert, called them out for this racist image, the response was that the illustrator would edit the illustration so that the child would be “sleeping.” Needless to say, this was not an acceptable solution. The response from MN SCBWI went from bad to worse. Now, the entire MN SCBWI has resigned.

From the SCBWI main office:

SCBWI has accepted the resignations of the Regional Team (Regional Advisor, Co-Regional Advisors, and Illustrator Coordinator) of its Minnesota chapter, effective immediately. SCBWI thanks the team and truly appreciates the time, energy, and hard work they have put in as official volunteers. Volunteering for SCBWI is important and challenging work. We hope that SCBWI members, especially those in Minnesota, will join us in reorganizing the regional team in a way that will best serve all members.

The illustration has since been modified such that the eyes are now ovals.

According to a tweet by Cheryl Blackford of @Blackford Books, “The national org has now told us “we feel that further dialogue on Facebook around the contest illustration is no longer productive” Really?”

That really concerns me, particularly as someone who has spent quite a bit of time volunteering on a regional SCBWI Diversity and Inclusion Committee.

What tweets or posts am I missing? Please send me a link and I’ll update.

Here are the tweets:

Sarah Park Dahlen, Ph.D.
@readingspark
So… are you ready for a thread? Last week I learned that the MN SCBWI membership voted on this image for their new banner. See my comment below. Don’t @ me with “I don’t find it offensive” or “I don’t see it as racist.” I am not here for your gaslighting.

Other friends immediately commented, adding their concern about the image (thank you!). MN SCBWI leadership got in touch with one of my outspoken and amazing ally friends,

@TrishaSShaskan, who informed me that I’d be hearing from leadership.

Sarah Park Dahlen, Ph.D.
@readingspark
So leadership emailed me, saying the illustrator would change the image and that the child is be “sleeping.” Oh really? I mean, it’s not like I’ve been spending the entirety of my career studying #AsianAmerican #ChildLit and researching/presenting on, you know, Asian stereotypes.

Sarah Park Dahlen, Ph.D.
@readingspark
And did I want to get together to talk. No, I do not.

SO THEN they update the banner image with a child who is not “sleeping” and does not have racist slanted eyes and allllll these people comment about how great it is. And one person comments, “Looks great! And it looked great before!

Sarah Park Dahlen, Ph.D.
@readingspark
Okay, so now my blood is boiling. Did she really say that? Yes, people of Twitter, she did. I am enormously grateful to friends who saw that and immediately expressed their dismay. It took me a minute to respond bc I can handle only so much racism within a 24-hr period.

Sarah Park Dahlen, Ph.D.
@readingspark
So then @TrishaSShaskan and I hop on the phone with @LindaSuePark, who is on the SCBWI board of advisors and working to address whiteness and dismantle racism from within. We’re talking and strategizing – more soon. But in the meantime…

Sarah Park Dahlen, Ph.D.
@readingspark
And not only that, they posted the anti-harassment policy that the national SCBWI adopted a few years ago in response to, well, you know. So, look, I study words and images, but help me out – what is the messaging here?

Sarah Park Dahlen, Ph.D.
@readingspark
When all this happened, I posted to my personal FB, “So basically what I’m hearing is that they’d rather talk about harassment – which didn’t happen – before they address racism – which did. Okay.”

Sarah Park Dahlen, Ph.D.
@readingspark
I predict we will be accused of being a mob, of cancel culture, that they will use all the phrases white people use to protect and inoculate themselves and deflect from the racism that originally caused this situation.

Sarah Park Dahlen, Ph.D.
@readingspark
All of us in this industry – writers, illustrators, editors, scholars, librarians, teachers, etc. – are in it for CHILDREN. If you create racist images of any nonwhite person, you are doing it wrong. If you don’t know how to draw nonwhite children, don’t draw nonwhite children.

Sarah Park Dahlen, Ph.D.
@readingspark
This is what I posted in response to the person who wrote that the first image was great.

Sarah Park Dahlen, Ph.D.
@readingspark
I don’t want an insincere apology. I don’t want to give you a workshop on how to not be racist or how to write/draw the other. I want to know what exact steps you are going to take to address not just this issue but the many issues that plague both MN SCBWI and SCBWI at large.

Sarah Park Dahlen, Ph.D.
@readingspark
I still can’t believe they said the image could be “seen as racist” and told me that the child is “sleeping.” That is the very definition of gaslighting, and on top of that, I’m hugely insulted.

Sarah Park Dahlen, Ph.D.
@readingspark
Pls take #EthnicStudies seriously. Not to boast, but I have a BA & MA in Asian American Studies and my work is on #AsianAmerican #ChildLit. Are you seriously telling me I don’t know what a racist stereotype looks like? I’m giving an SLJ webinar next week on this very topic.

Sarah Park Dahlen, Ph.D.
@readingspark
Not only will I be talking about this during next week’s SLJ webinar (and all the webinars thereafter, bc I’ve been invited back to give additional webinars), but I’ll also include it when I give keynotes and workshops. Because THIS MATTERS.

Okay, I have to get back to work. My day job is working with future children’s librarians on how to be awesome youth advocates, which includes being anti-racist. We have amazing students (and alum!) and I’m thankful for their support and allyship in this. #StayAngry, friends.

This is really sad. So much energy spent skirting around and avoiding admitting fault. The picture was not sleeping and the organization needs to wake up. Thanks for posting @readingspark and for all the work you do. Do better #mnscbwi

I was one of the commenters whose posts were removed. I’m deeply disappointed in the actions of @mnscbwi and @scbwi The national org has now told us “we feel that further dialogue on Facebook around the contest illustration is no longer productive” Really?