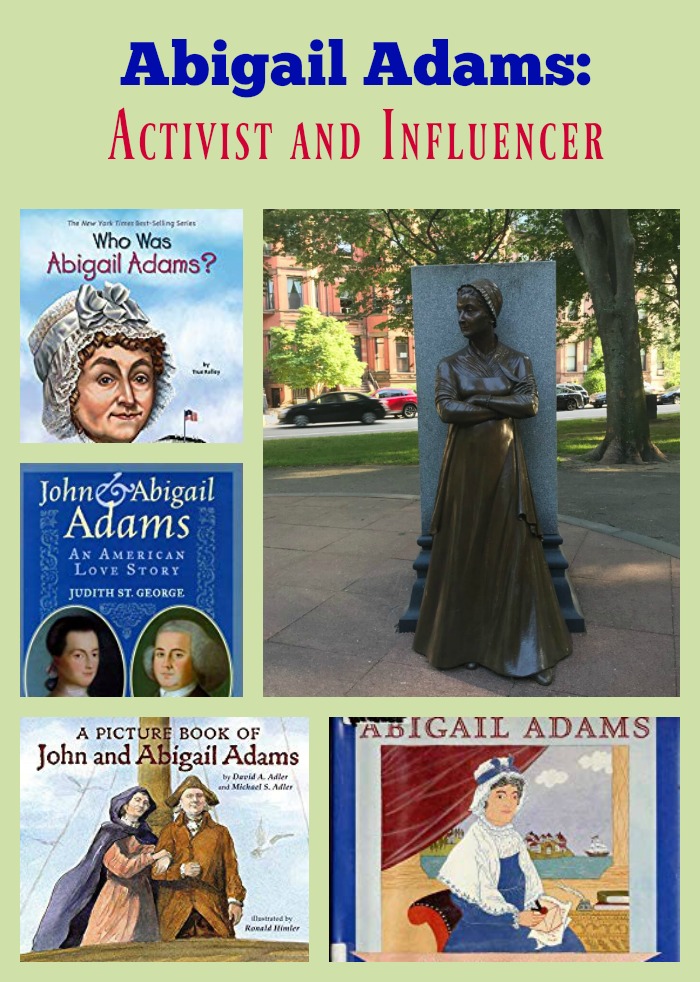 I will never consent to have our sex considered in an inferior point of light.

Abigail Adams was from Weymouth, Massachusetts, and lived in Braintree, Massachusetts which was renamed Quincy after her son, the sixth president of the United States. She wanted to go to school, but her parents only let her brother go so the family library became her school. It was the first time that she knew that women did not have equal rights. She would spend the rest of her life quietly working for women’s rights and against slavery through letters that she wrote to her husband. He was not persuaded on either account. 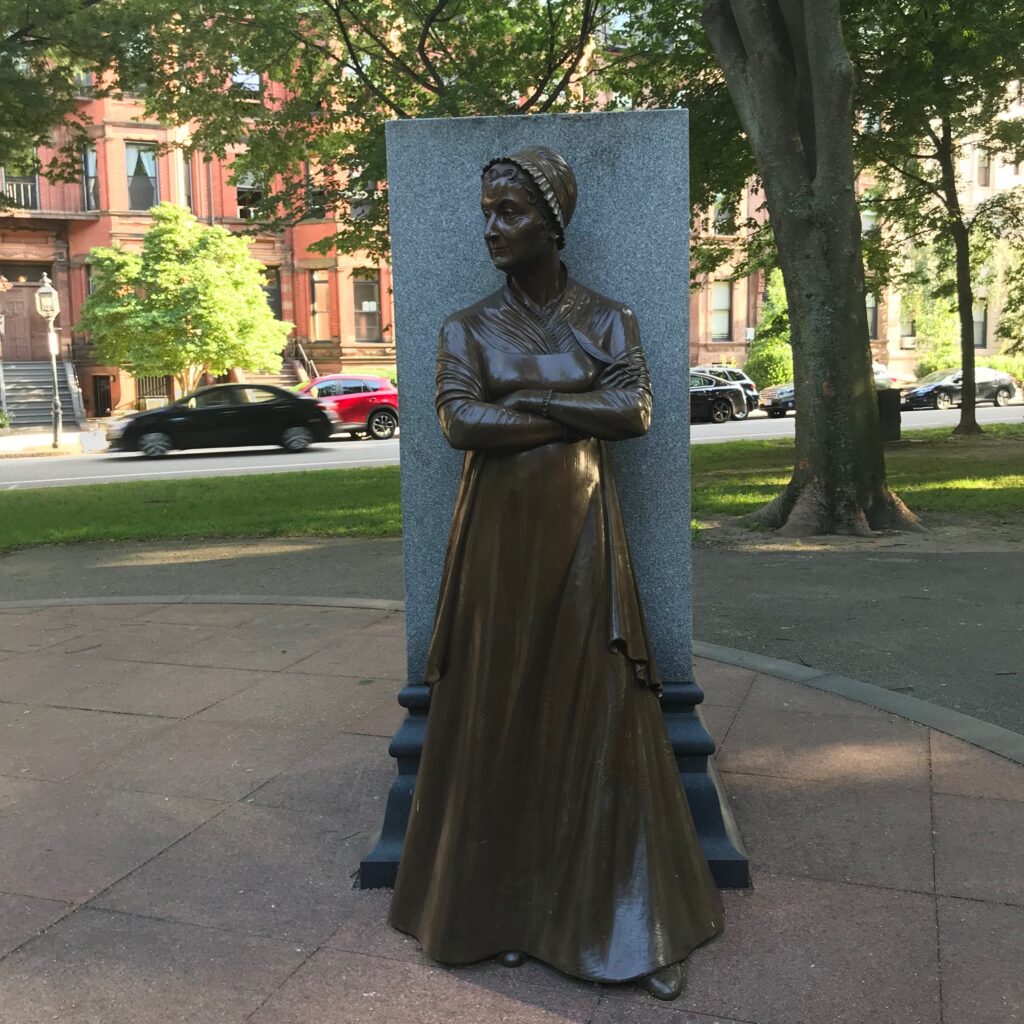 “In 1776, future First Lady Abigail Adams wrote to her revolutionary husband, John, urging hin to “Remember the ladies.” She said that if American men were willing to fight for independence and a say in their own government, so were American women. John Adams wrote back, “I cannot but laugh … [Men might appear to be the master but] in practice you know we are the subjects.” Soon after, he signed the Declaration of Independence, which stated that “all men are created equal.” Women were left out.”

from Around America to Win the Vote: Two Suffragists, a Kitten and 10,000 Miles by Mara Rockliff, illustrated by Hadley Hooper

John Adams and his son John Quincy Adams never owned slaves, and John Adams opposed slavery on principle but he did not support the abolitionist movement and opposed a 1777 bill in Massachusetts to emancipate slaves.

With limited influence, Abigail worked on her causes quietly at home. She sent their daughter, Nabby, to school in Boston and she taught a black servant to read and write when he was not allowed to attend the local school. In another book, she even integrated a school when they first refused to include a black child, making this likely the first of Boston’s integration school efforts! Finally, even though women were not allowed to own property at the time, she wrote a will which carefully included all the females in her life including daughters, granddaughters, and female servants.

Abigail Adams was not afraid to be an activist during a time when women had no rights including the right to own property. The statue of her wonderfully depicts her standing on her own two feet, not needed any support from the pedestal. And her expression is of a person not afraid to voice her opinion. I didn’t really appreciate the sculpture until I learned more about her!

There are a lot of books on Abigail Adams. These are my favorites. How about you? What are your favorite books about Abigail Adams? Thanks for sharing!

With limited means for influence, Abigail Adams nevertheless persisted to further women’s rights and the abolition of slavery in her own household. As the wife of the United States’ 2nd president and mother of the U.S.’s  6th president, she was at the center of politics. It’s through her letters that we are able to see the work that she did and two thousand of them have survived. The folk art illustrations pair nicely with the prose that captures her life with gentle dignity. [picture book biography, ages 5 and up]

A Picture Book of John and Abigail Adams by David A. Adler and Michael S. Adler, illustrated by Ronald Himler

John and Abigail’s courtship was borne of letters that showcased her intelligence and his wit. An attorney who believed that everyone deserves a defense, John Adams represented the British soldiers charged with the murders at the “Boston Massacre.” Quotes from Abigail’s letters show how she worked on behalf of women’s rights. As a trusted advisor to two presidents, Abigail Adams is testimony that “no many ever prospered without the consent and cooperation of his wife.” [picture book biography ages 5 and up]

Who Was Abigail Adams? by True Kelley, illustrated by John O’Brien

It’s clear from this book that John Adams would not have reached the success he enjoyed without the support of his capable wife. She managed the family farm and their family on her own, often for years at a time. Her competency with money secured their future. She sold luxury goods when the American Revolutionary War limited access to supplies. Then, she invested her profits in land and investments.

Her influence has been documents thoruhg the thousands of letters that she wrote which included advocating for women’s rights, education for all, and the abolition of slavery. In every way available to her, Abigail furthered these causes. [biography early chapter book, ages 6 and up]

Fans of the musical Hamilton will appreciate this in-depth look at the Revolutionary War through the eyes of husband and wife coping with everyday life while living in extraordinary times. This book goes gives a better sense of both their personalities and how enduring their marriage was despite (or perhaps because of) years spent apart. Abigail was the emotional ballast to John’s more mercurial and abrasive personality, but he appreciated her intelligence and she admired his honorable character. Alexander Hamilton does figure into this book as well though he and the Adams were not chummy, to say the least. [nonfiction middle grade, ages 9 and up] 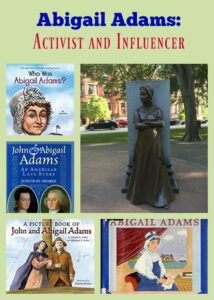