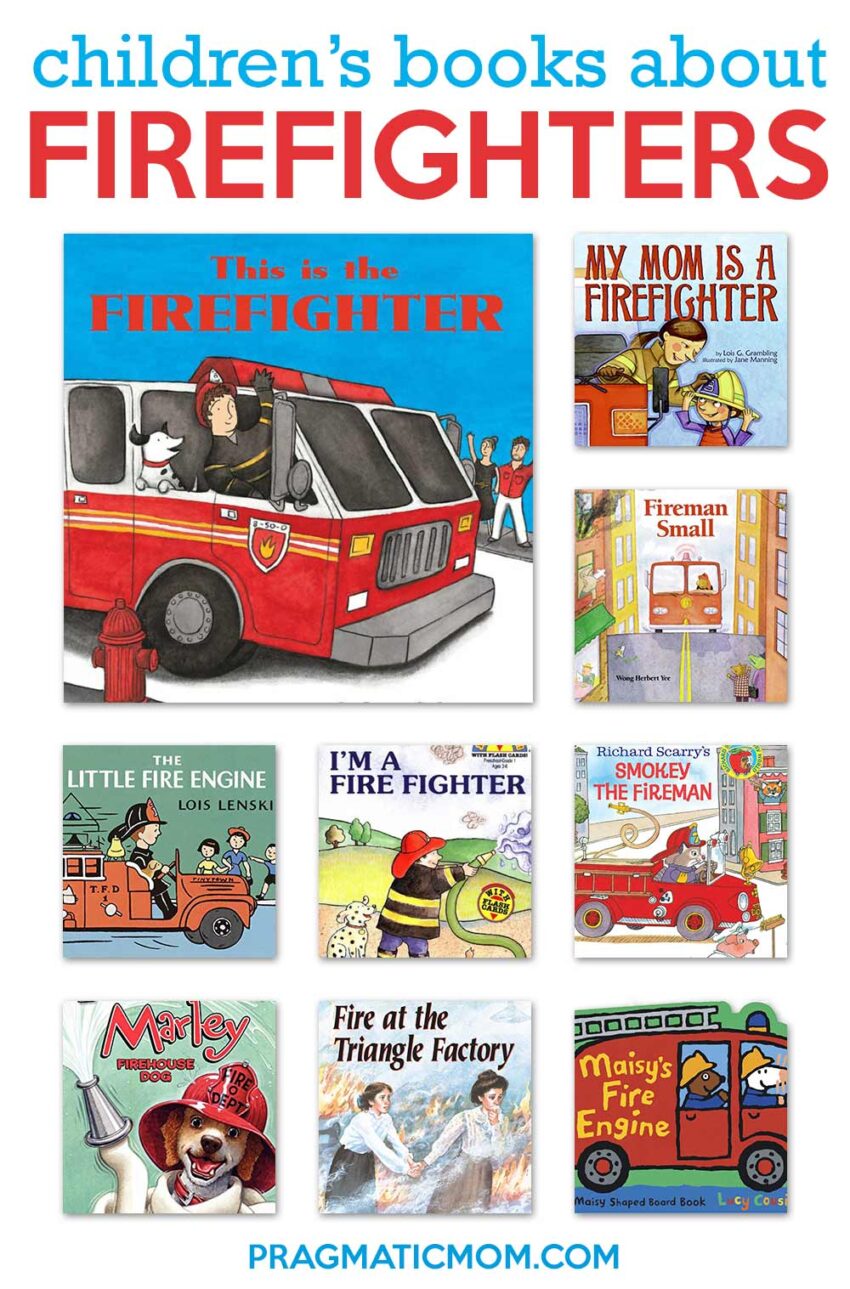 Inside: Celebrate our heroes with these children’s books about firefighters! Perfect for preschoolers and kindergarten kids who love firefighters and fire trucks.

Vendome Firefighters Memorial is on Commonwealth Avenue in Back Bay Boston near the intersection of Dartmouth Street. I have passed by it many times on my way to my office without knowing what happened.

Someone on my Instagram talked about it when I posted photos of the Boston Women’s Memorial and I wanted to learn more.

On the 25th anniversary of the Vendome fire, June 17, 1997, this monument was dedicated in memory of the firefighters killed in the Hotel Vendome, a few yards from the site of this memorial. The cause of the original fire was not known. The collapse of the building was attributed to the failure of an overloaded seven-inch steel column whose support had been weakened when a new duct had been cut beneath it, triggered by the weight of the firefighters and their equipment on the upper floors.

The Hotel Vendome fire was the worst firefighting tragedy in Boston’s history. The nine men killed were:

International Firefighter Day is May 4th. It was instituted after a proposal was emailed out across the world on January 4, 1999, due to the deaths of five firefighters in tragic circumstances in a bushfire in Australia. 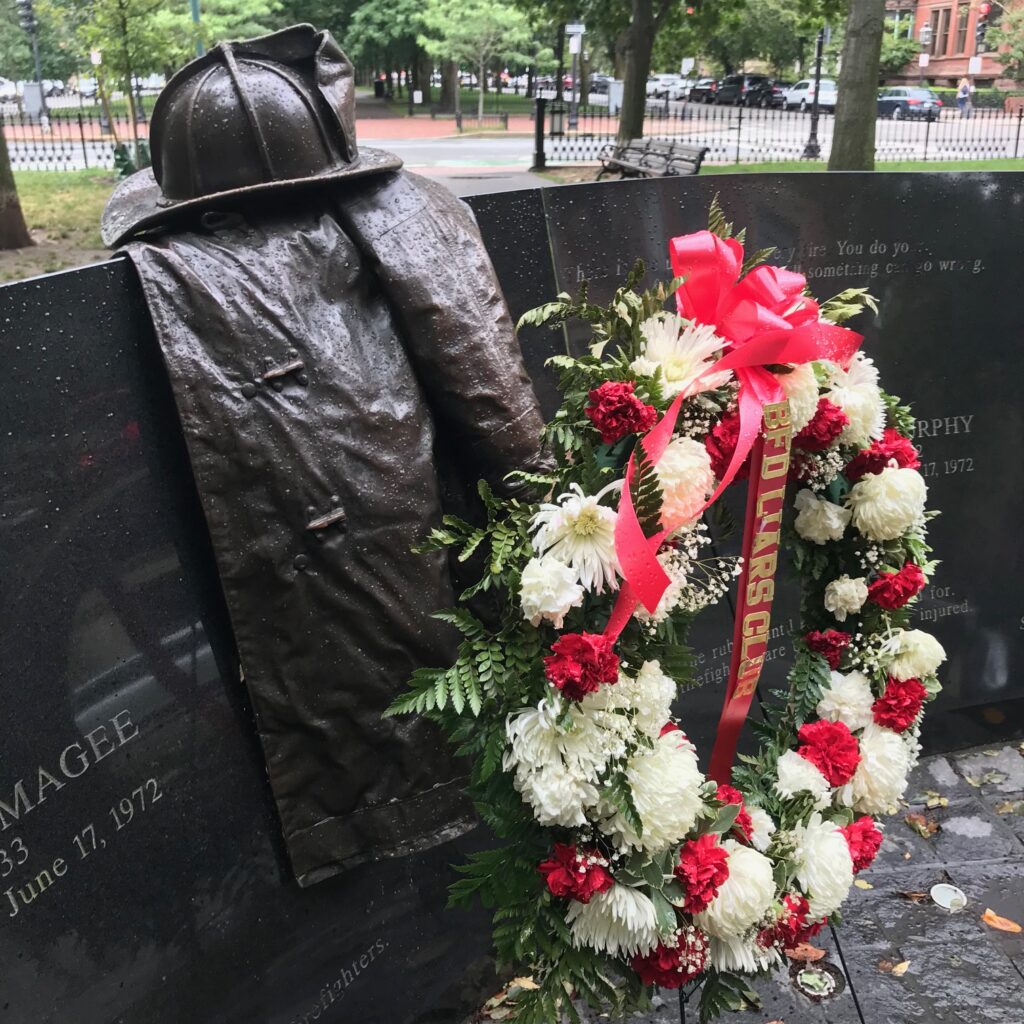 Shaped like a cut-out fire engine, this charming board book features Maisy and her friend Cyril on a rescue mission for a little cat stuck on a roof. [board book, ages 1 and up]

This is a Firefighter by Laura Godwin, illustrated by Julian Hector

It’s a typical day at the firehouse until the bell goes off, and the firefighters jump into action to put out a large fire in a building not so different from Hotel Vendome. Their bravery includes entering the burning building to save people as well as rescuing people who can not get out.

Told in rhyming prose, young readers get a sense of what it is like to be a firefighter. [board book, ages 2 and up]

My Mom is a Firefighter by Lois G. Grambling illustrated by Jane Manning

95.4% of Firefighters are Male, making them the more common gender in the occupation. From DataUSA

Both are raising Billy, and both are inspiring to become a firefighter too. [picture book, ages 4 and up]

Told in rhyming verse, Fireman Small is at the firehouse tucked into bed when the alarm goes off. It’s time to rescue a cat in a tree. Fireman Small returns to bed only to rush out to rescue a bunny in a well. There is one final rescue for the night and it’s a big fire.

Fireman Small returns to bed only to find people at the door of the firehouse. It’s all the thankful rescues! This is a charming picture book about everyday heroes with whimsical illustrations. [picture book, ages 4 and up]

Here’s another Fireman Small in this classic picture book by Lois Lenski. She breaks down the different functions of the fire engine, and gives a detailed account of the fireman on the job rescuing people stuck in a house that is on fire.

Published in 1946, this book depicts an all white male firefighter force, something that hasn’t changed much.  [picture book, ages 4 and up]

I’m a Firefighter by Mary Packard, illustrated by Julie Durrell

A little boy plays “firefighter” with his toy set, but then he grabs the hose and starts to spray down a “fire.” Oops, it’s just dad at the bbq! With very simple words, this easy reader still delivers a humorous story! [easy reader, ages 6 and up]

Richard Scarry characters are featured in this easy reader themed around firefighters and pie. Smokey the Fireman and Katey Kitty have back-to-back adventures. [easy reader, ages 6 and up]

Marley: Firehouse Dog by Caitlin Birch (based on the bestselling books by John Grogan), illustrated by Lydia Halverson

Marley the puppy gets into mischief at the firehouse while his human family is taking a tour. Even though he wreaks havoc with his exploration, he is still awarded an honorary title of firedog mascot. [easy reader, ages 6 and up]

Minnie and Tessa are unlikely friends because it isn’t easy for an Italian American Catholic girl and a Jewish girl to be friends in 1911. But they are both fourteen-years-old sit side by side working as sewing operators in a factory with dangerous working conditions.

When a big fire breaks out at the Triangle Shirtwaist Company, their friendship, and quick thinking save them from perishing in the deadliest industrial disaster in the history of New York City. [early chapter book, ages 6 and up] 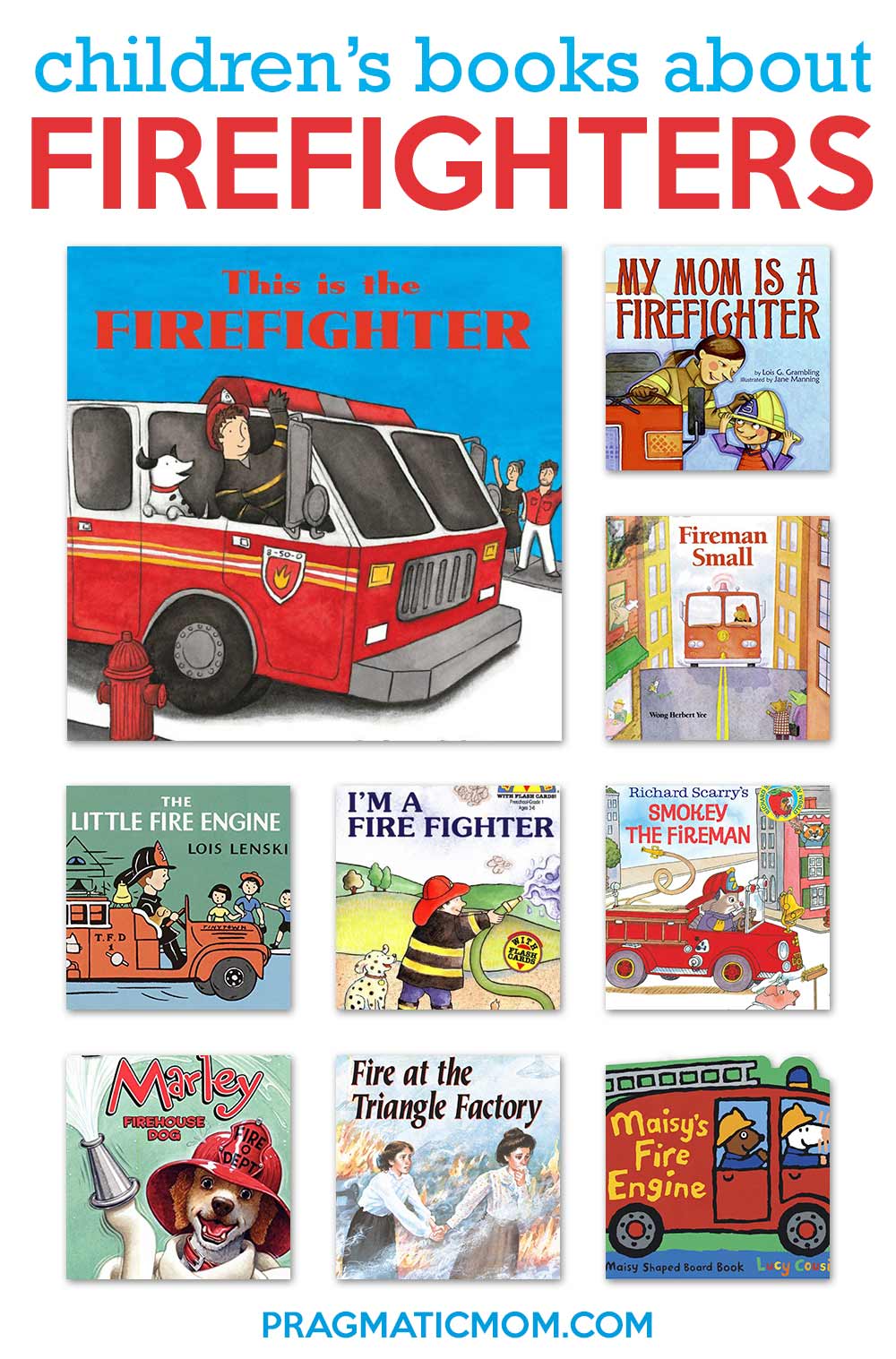 Do you need books on a particular topic for your kids? The lists here include:

Picture Books About the Presidential Election

Who Owns the Money? Books to Teach Kids About Money

New Back To School Picture Books

A Unit to Learn About Water Scarcity

1 thought on “Children’s Books About Firefighters”