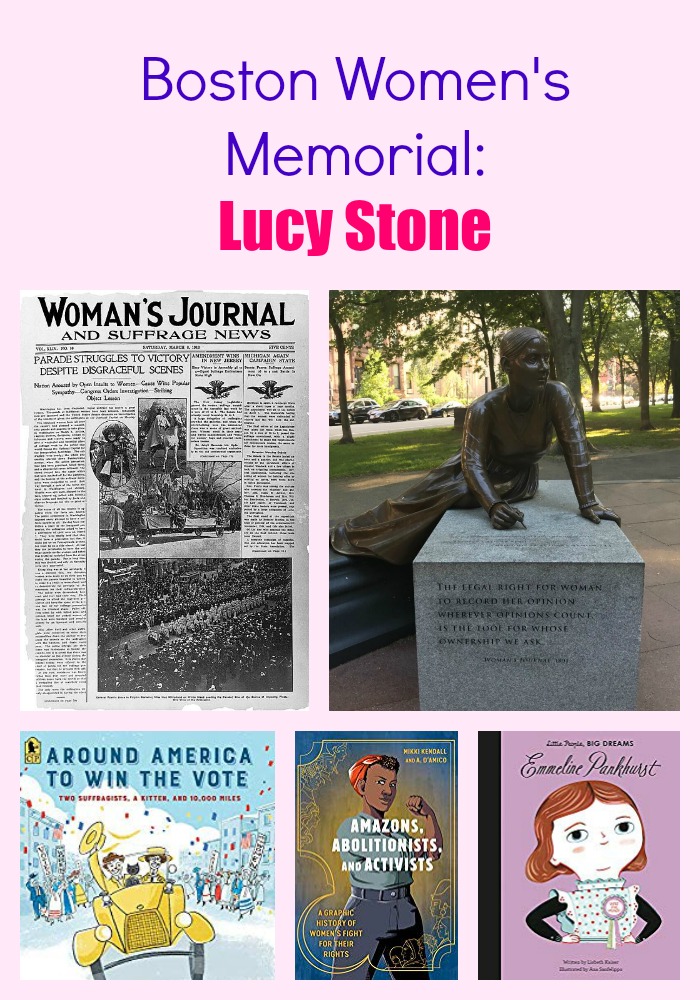 I recently happened upon the Boston Women’s Memorial on Commonwealth Avenue mall in Back Bay Boston recently. 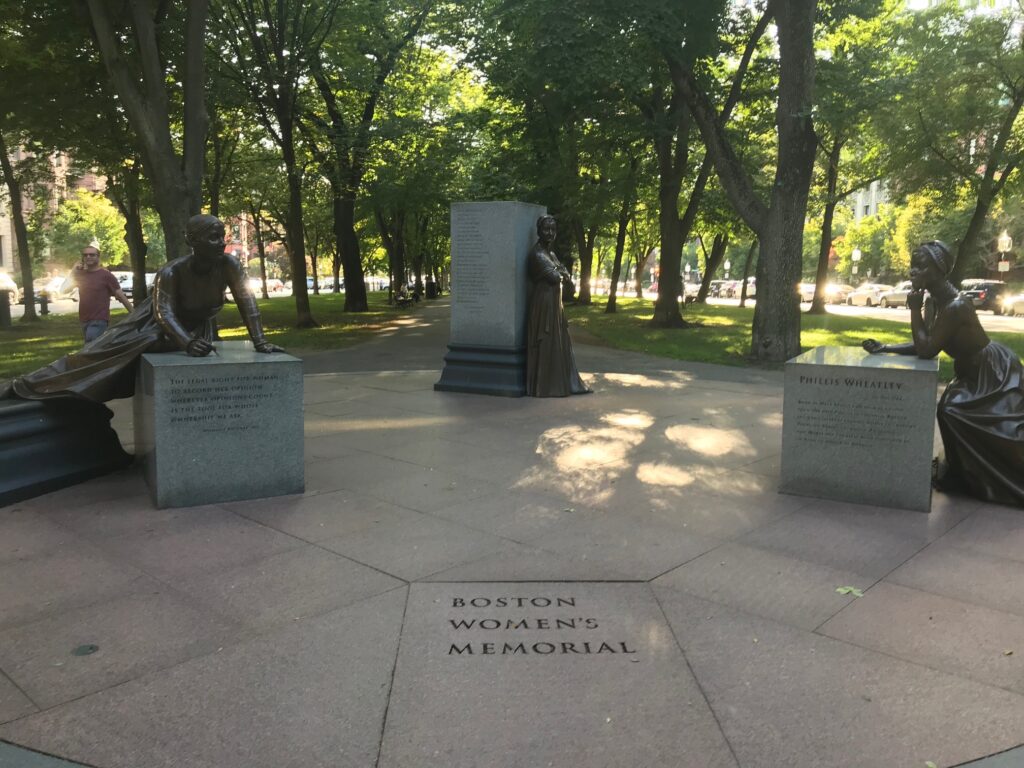 Note that these three women are not placed on a pedestal, but rather use it as a support. That’s a deliberate decision on the part of the artist Meredith Bergmann. 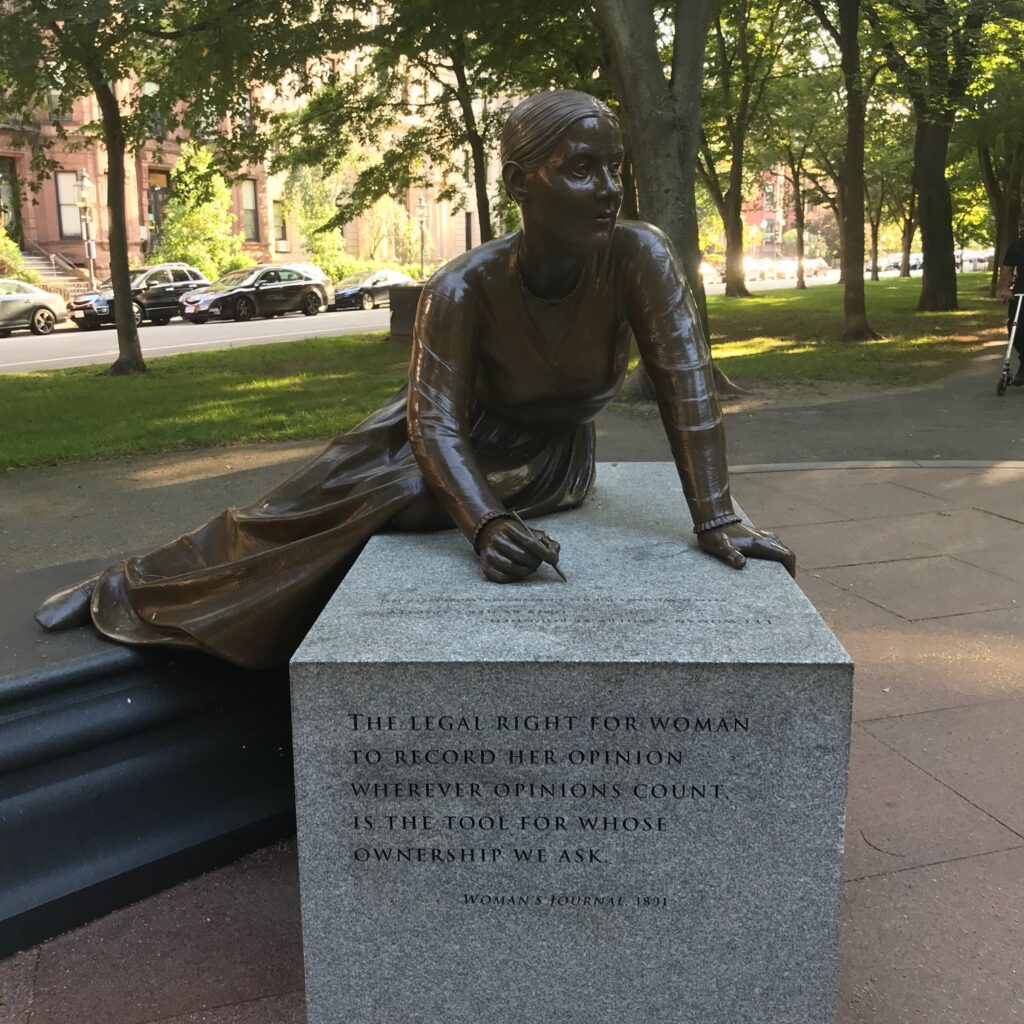 I plan to take a closer look at each of the three women: Abigail Adams, Phillis Wheatley, and Lucy Stone. Because I was unfamiliar with Lucy Stone, let’s start with her today.

Lucy Stone was born in Brookfield, Massachusetts and was one of the first women in Massachusetts to earn a graduate degree. She dedicated her life fighting for the rights of others including the women’s vote and the abolishment of slavery. 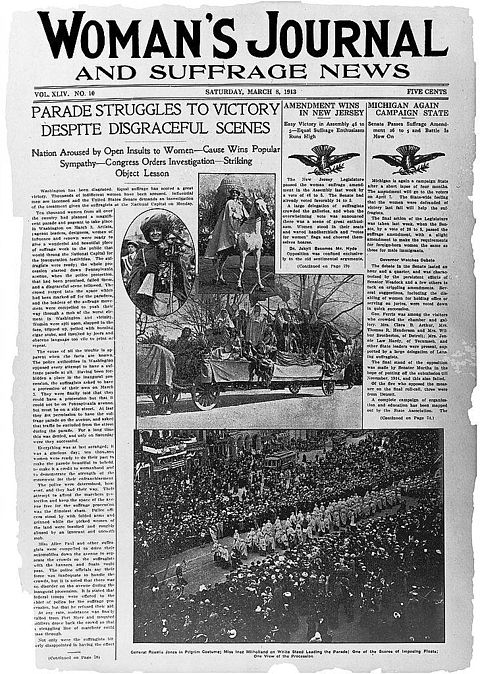 March 8, 1913 front page of the Woman’s Journal and Suffrage News depicting the Woman Suffrage Parade of 1913 (from Wikipedia)

She had to fight for the right to speak in public, a privilege not afforded women of the time, and became a noted orator. She also founded the Woman’s Journal, the most important women’s suffrage publication of its era.

Married to Elizabeth Blackwell’s brother, she broke with tradition and kept her maiden name, as well as omitted the reference to obey her husband.

In 1869, Stone broke with suffragists Elizabeth Cady Stanton, Susan B. Anthony, and others over passage of the 14th and 15th Amendments to the Constitution, which granted voting rights to black men but not to women. Stone was willing to accept this measure for her abolitionist goals while continuing to work for women’s suffrage.

Perhaps it was because she broke from Elizabeth Cady Stanton and Susan B. Anthony that Lucy Stone did not receive the same attention in history. My book list today is dedicated to those who were left out of the history books.

If you have any suggestions of children’s books about Lucy Stone or anthologies that include her, please leave a comment. I’d love to grow this list. Thank you!

Suffragists Left Out of History

Around America to win the vote: two suffragists, a kitten, and 10,000 miles by Mara Rockliff, illustrated by Hadley Hooper

In 1916, Nell Richardson and Alice Burke drove across America to advocate for women’s voting rights. This was during a time when roads weren’t paved, and driving was an adventure. The endnote puts it into perspective: “Alice and Nell’s journey may have sounded long and hard, but it was quick and easy compared to the journey American women undertook o win the vote.” [picture book, ages 5 and up]

Emmeline was born into privilege, but at a young age, became an activist advocating for women’s rights including the right to vote. Her daughters joined her in this lifelong fight both in England and in the United States. it wasn’t until after WWII that Emmeline and her suffragette army achieved success. [picture book, ages 5 and up]

Amazons, Abolitionists, and Activists: A Graphic History of Women’s Fight for Their Rights by Mikki Kendall, illustrated by Aster D’Amico 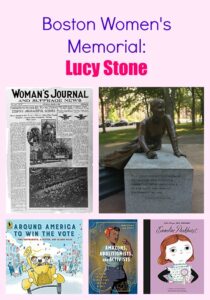