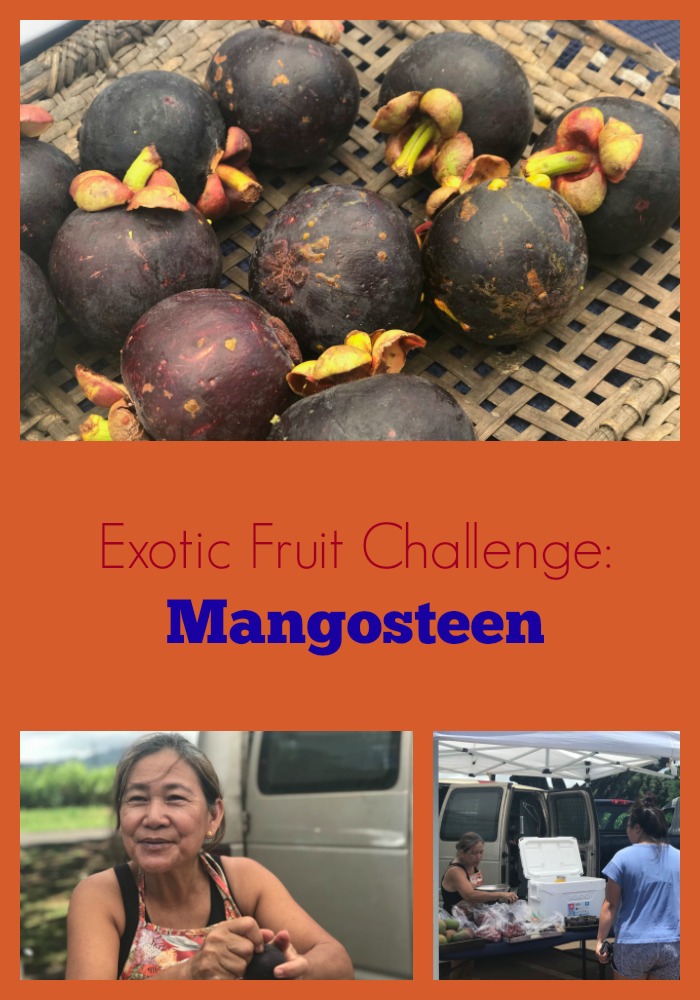 One of our favorite things to do in Kauai on a family vacation was to go to the local farmers markets. There were one every day except Sunday throughout the island. We especially liked trying the exotic fruit. A few were strange — like a sweet potato that you don’t have to cook — but we also make some happy discoveries, like the mangosteen! It has a brief season and looks a little like brains when opened up. 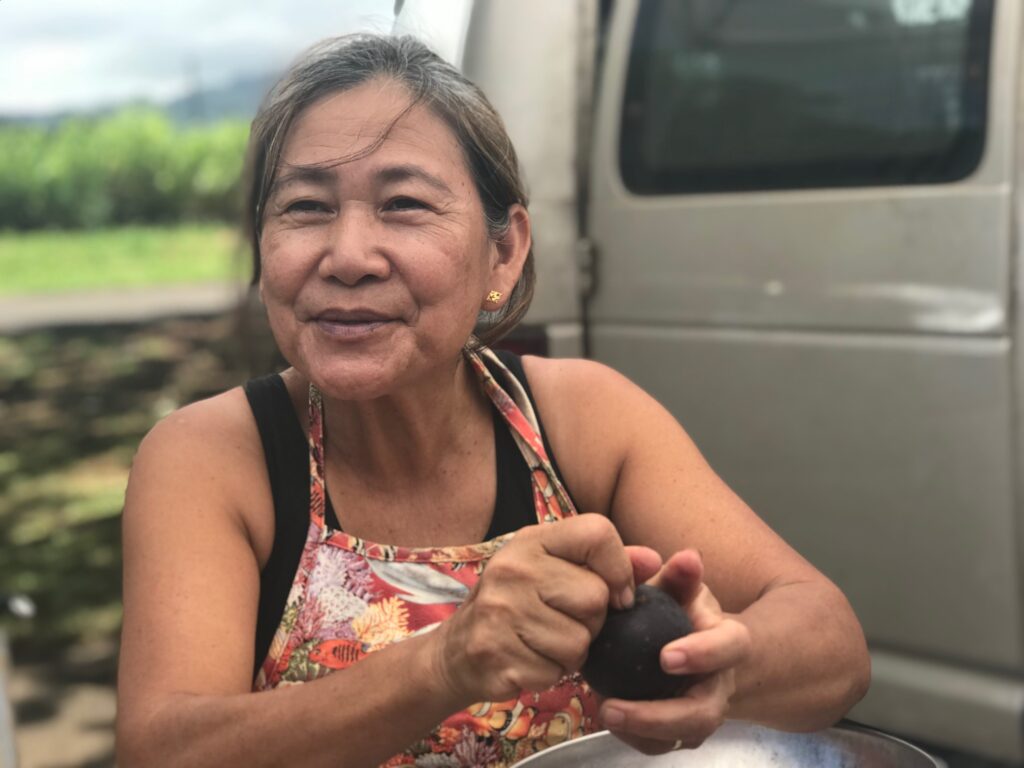 Mangosteen, also known as the purple mangosteen, is a tropical evergreen tree with edible fruit native to Island Southeast Asia. Its exact origins are unknown due to its widespread cultivation since ancient times, but it is believed to have been somewhere between the Sunda Islands and the Moluccas. Wikipedia

Have you tried mangosteen? What do you think? 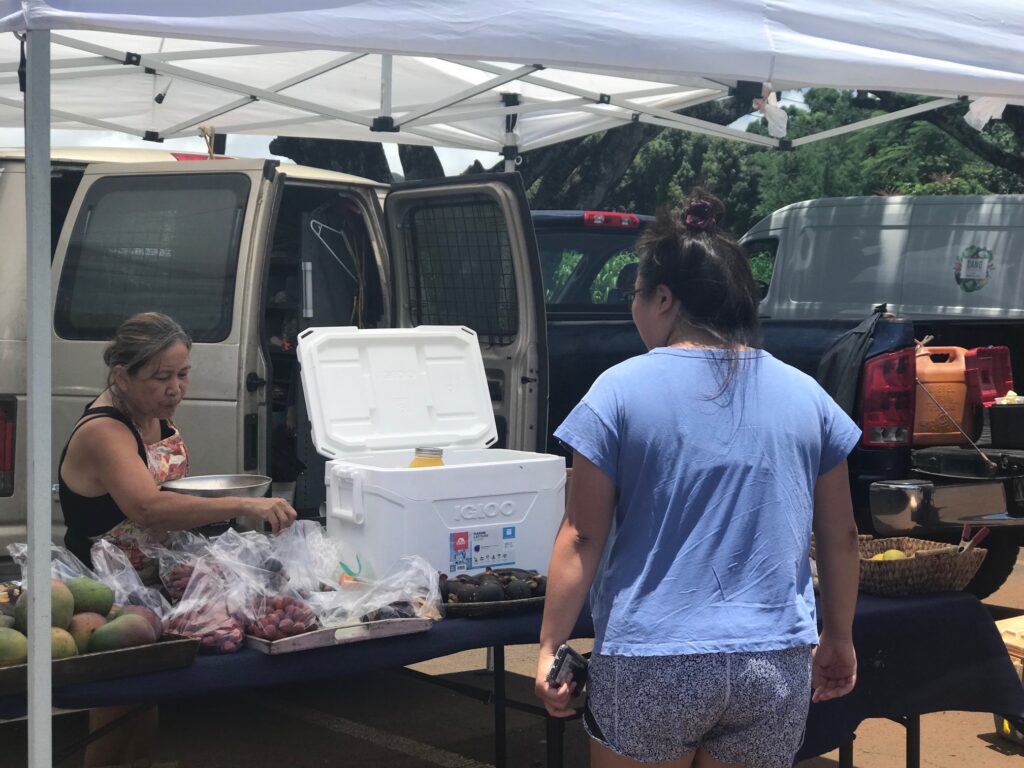 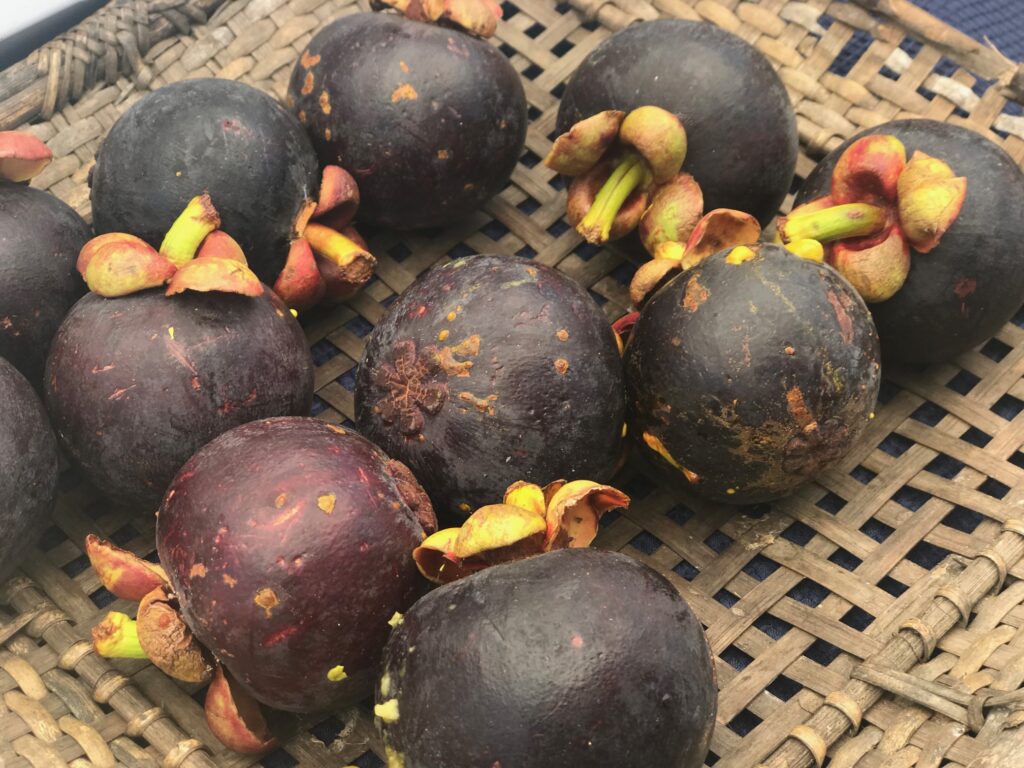 Reminds us of: white peach crossed with kiwi. You eat the white pods which are in sections like an orange. There is a seed inside most of the white pods. Don’t eat the seed.

Texture: slightly stringy melon such as a honeydew melon.

Flavor: white peach with a slight floral and sour hint. 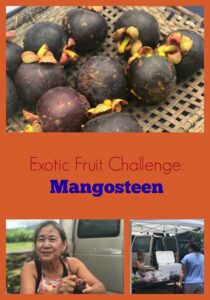