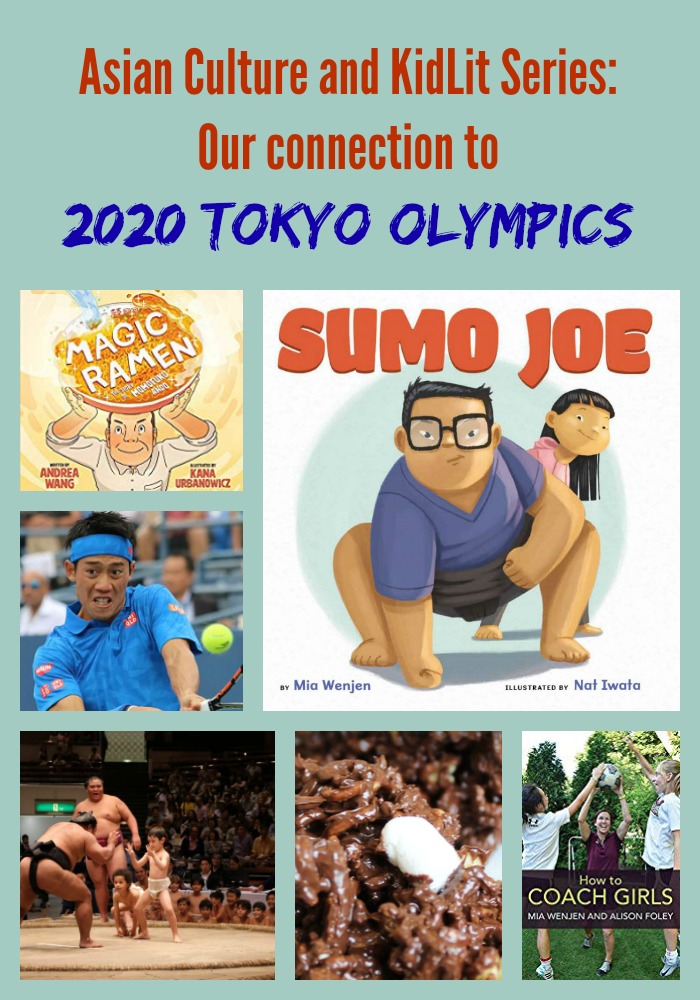 This is Andrea Wang’s and my fifth installment of our Asian Culture Series. Today, we are talking about Asians and sports. We are exploring our connections to sumo, Nissin Sports, and keeping girls in sports! And, as karma would have it, all of this points towards the 2020 Tokyo Olympics…

We are also giving away a copy of How To Coach Girls, in keeping in our theme today of encouraging youth to participate in sports and reach for the stars! To enter, please fill out the Rafflecopter at the bottom.

Our Connection to the 2020 Tokyo Olympics

In 1983, Nissin Sports Foundation (currently called Ando Foundation) was founded. Momofuko Ando believed that sports play a vital role in human development and fitness. He said, “Eating and sports are the two axles of health.” The foundation’s main activities are supported for track and field events and tennis players. And the Tokyo Olympics are part of the big picture!

In fiscal 2018, the project provided support to nine athletes expected to make a particularly strong showing at the 2020 Tokyo Olympics.

Nissin sponsors a Japanese tennis player, Kei Nishikori, who was an Olympic bronze medalist in 2016, defeating Rafael Nadal. Look for him at the 2020 Tokyo Olympics! 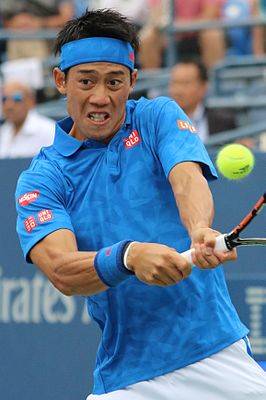 Sumo Is Almost an Olympic Sport

We might catch sumo as part of programming surrounding the 2020 Tokyo Olympics, but it won’t be as an Olympic sport … yet! Sumo has been granted full recognition by the International Olympic Committee (IOC) – raising the possibility that one day it be an Olympic sport! This is an important step! Sumo was among 26 sports competing for inclusion at the 2020 Olympics but it did not make the cut most likely due to the small number of countries that have sumo wrestling programs. Karate, however, will make its debut at the Tokyo Olympics and will feature eight events with men and women competing in sparring (kumite) and forms (forms).

The Japanese sport, whose roots stretch back to the 17th century, was officially upgraded from provisional to full recognition during a meeting of the IOC Executive Board.

How To Coach Girls and Olympics

Did you know that the number of women competing at the Olympic Games is nearly 50%? It wasn’t until 2012 that women even participated in every Olympic sport but that number will increase became all-new Olympic sports MUST have women’s events. There is also an effort to include women as coaches and in leadership positions as part of the administration of the Olympic games, but there is still work to do. Check out these stats: 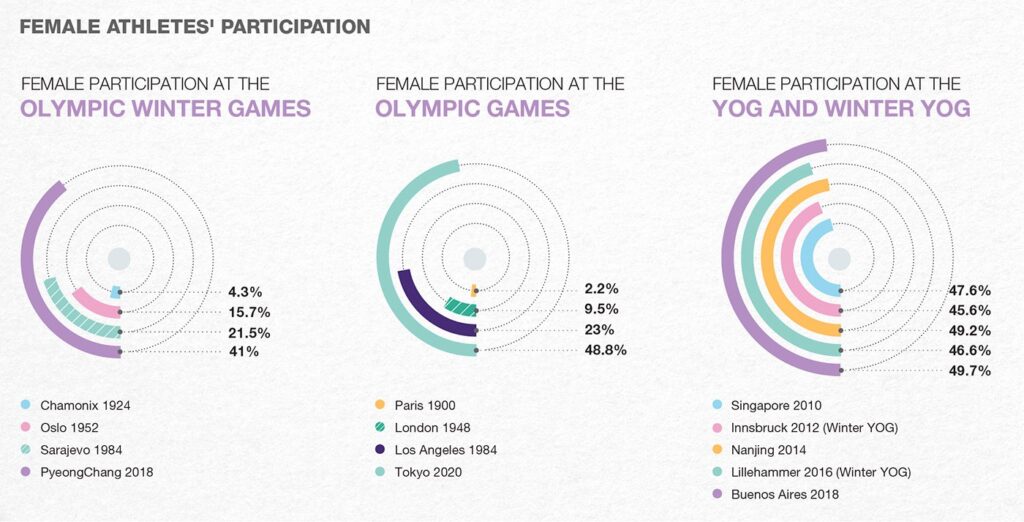 Female athlete participation lags slightly in the Winter Olympic Games from the Summer Olympics. Both games still have not hit 50% participation so here’s hoping there is gender equality at the 2020 Olympics. It’s something to watch for! 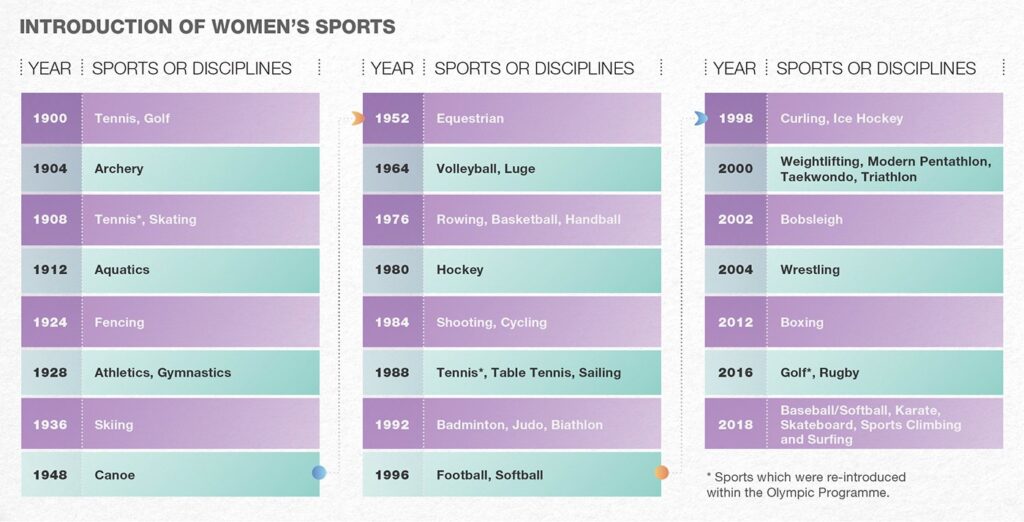 Women began competing on Olympic sports as early as 1900 in tennis and golf, but for many sports, it was years before women joined the men. For example, boxing has been contested at every Summer Olympic Games since the 1904 Summer Olympics. Boxing was not included at the 1912 Summer Olympics in Stockholm, because Swedish law banned the sport at the time, but it was not until 2012 that women’s boxing became an Olympic event! That’s over 100 years! 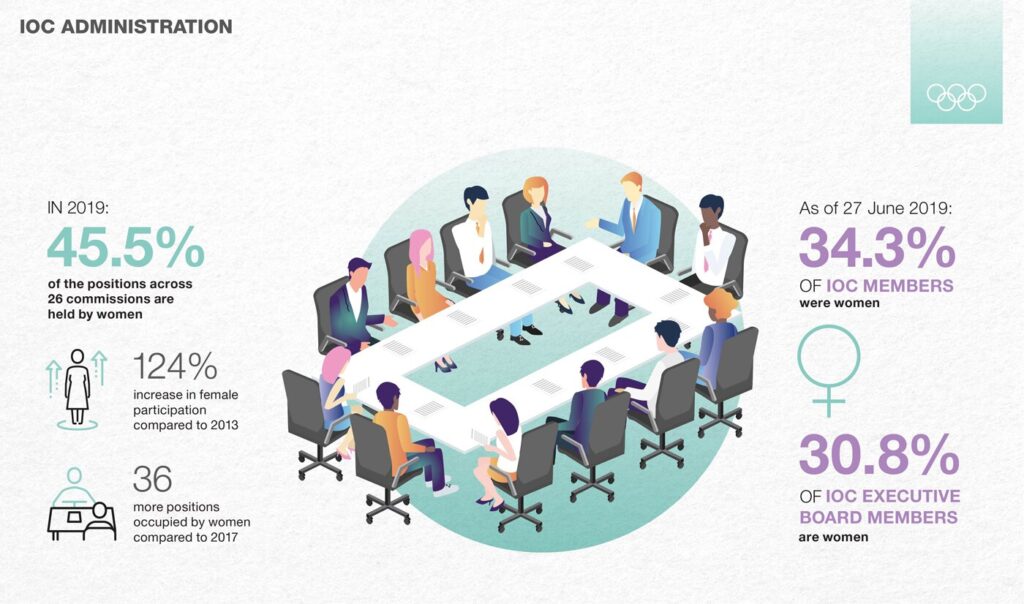 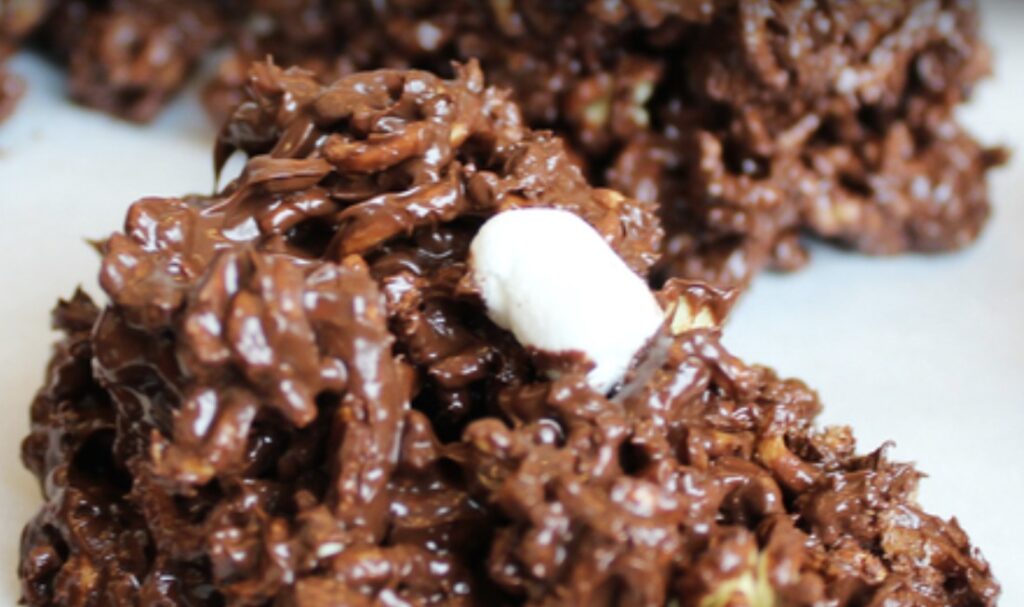 Chocolate Haystacks
adapted from Spoon University
1 12-ounce bag of semi-sweet or white chocolate chips
2 4-ounce individually-wrapped instant ramen packages
Your favorite mix-ins, such as: sunflower seeds, nuts, nut butters, raisins and other chopped dried fruit, coconut flakes, etc.
Step 1: Open ramen packages and discard seasoning packets (or save for another use). Place noodle blocks into a ziploc bag and crush with your hand until there are no large clumps. Set aside.
Step 2: Pour chocolate chips into a medium-sized microwave-safe bowl. Microwave on medium-high heat (60-70% power) for 1 minute, then stir. Continue warming in 15 to 30-second intervals and stirring until fully melted.
Step 3: Stir desired mix-ins and crushed ramen noodles into the melted chocolate until well combined.
Step 4: Scoop 2 to 3-inch-wide portions onto a baking sheet lined with waxed paper, parchment paper, or foil.
Step 5: Refrigerate haystacks for 10 to 15 minutes, until firm. Enjoy!

Soba noodles (My soba noodles come tied up in serving portions. I use two servings for this dish)

Put everything into a jar and shake well before pouring over the noodle salad.

Step 1: Bring a pot of water to boil.

Step 2: Julienne the vegetables and put them into a serving bowl.

Step 3: Cook soba noodles according to package directions. Mine takes about 7 minutes. Drain and rinse in cold water.

Step 4: Combine with julienned vegetables and pour dressing over. Toss and serve immediately.

I like to serve this with Teriyaki salmon for a light and healthy summer meal. Here’s my homemade Teriyaki sauce!

Combine in a saucepan and cook on medium-high heat until thick and syrupy, about 10 minutes. Watch carefully! Cool and spoon over grilled or baked salmon. You can use salmon fillets or steaks. The Japanese prefer very thin salmon steaks about 4 ounces each.

How To Coach Girls GIVEAWAY!

We are also giving away a copy of How To Coach Girls, in keeping in our theme today of encouraging youth to participate in sports and reach for the stars! To enter, please fill out the Rafflecopter below. We can only mail to U.S. and AFO addresses.

To examine any item more closely at Amazon, please click on link. 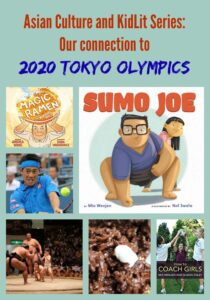