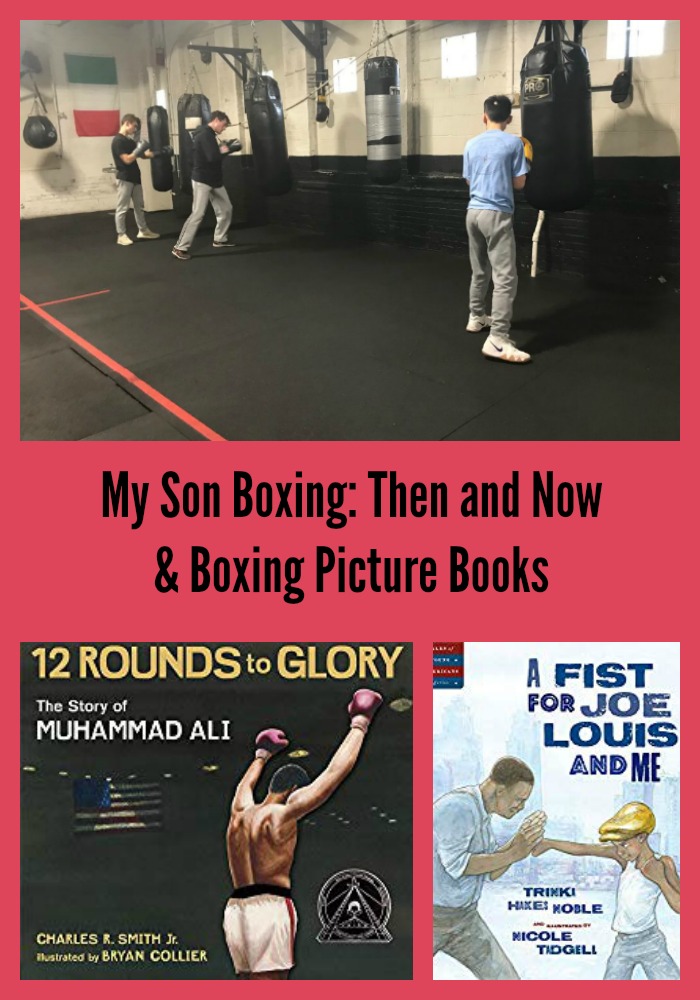 My son was introduced to boxing with my trainer Marc Gargaro when he was eight-years-old. Now he’s fourteen-years-old. Back then, I would take whatever kid had a free week during the summer and bring him or her to my morning boxing training session. My son was too young to object and he liked hand-to-hand combat having done Chun Kuk Do, a Korean American martial arts form developed by Chuck Norris, for years when he was very young.

My oldest daughter did not take to boxing; she much preferred kickboxing as a martial arts form. My middle daughter liked boxing and would use it was fitness and strength training during her off-season from high school sports teams. She played JV Golf and Varsity Nordic Ski.

Only my son stuck with boxing throughout the school year — summers off! — as long as he had a friend to do it with him. It’s too tiring doing the mitts without getting a rest period. He also refused to box with me.

I am so glad that I started videotaping him when he was 10-years-old, if only as a growth chart against his boxing trainer who used to train them sitting down when they were little. Their boxing trainer made progress of his own.

A few years ago, he was selected as one of the visiting coaches for the U.S. National Team Men’s and Women’s boxing team. He has traveled to India for the 2018 Women’s World Championships in India and Kazakhstan for the President’s Cup. Most recently, he returned from Nicaragua for the Pan Am Games boxing qualifier.

Boxing has been an outlet for my son to get his energy and frustrations out in a healthy way. It’s also given him the self-confidence to feel like no one can intimidate him. I personally like to watch him as his form is technically better than mine. One day I hope to get his left hook! 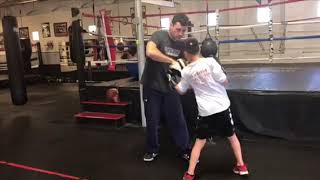 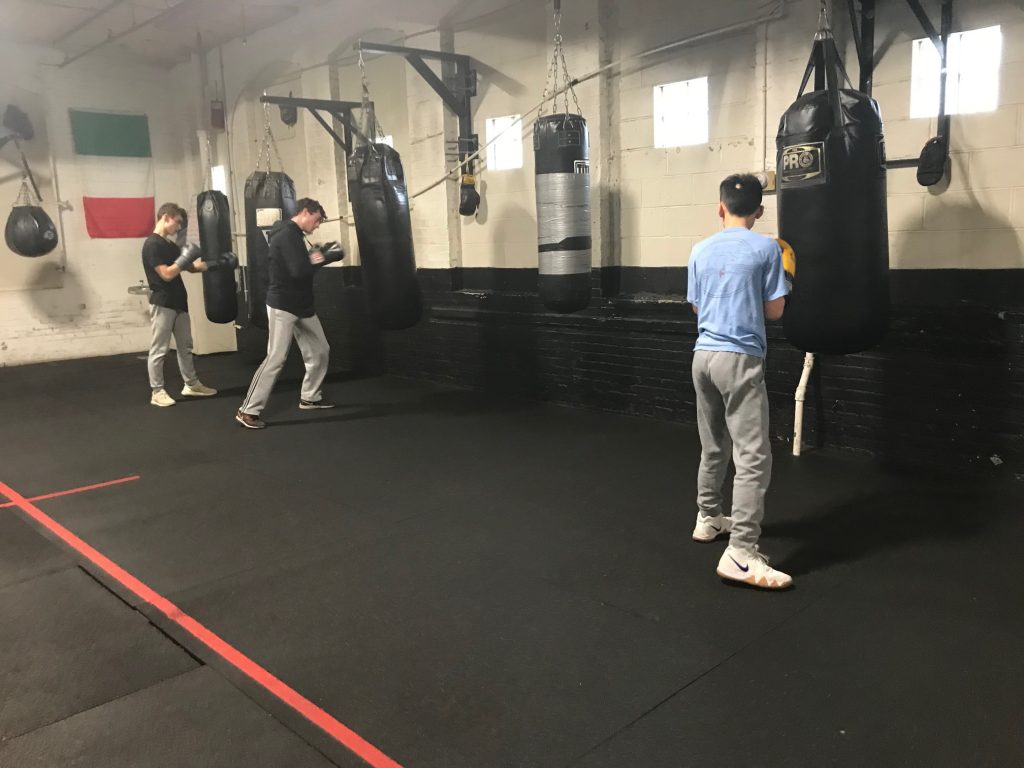 All the videos of my kids (and myself and mom friends) boxing are here on my YouTube Channel: Mia Wenjen.

A Fist for Joe Louis and Me (Tales of Young Americans) by Trinka Hakes Noble, illustrated by Nichole Tadgell

The fight of Joe Louis against Max Schmeling was more than just a boxing match. It was the Fight of the Century that felt like America against Nazi Germany. In Detroit, Joe Louis’ hometown, Gordy befriends Ira, a Jewish refugee, and teaches him how to spar. When a bully goes after Ira, Gordy is an ally, using his boxing skills to wear out the bully. It’s not the fight of the century, but it cements their friendship. [picture book, ages 6 and up]

Written in lyrical free verse poems — one for each round — the words bob, weave, and jab in an homage to a legendary boxing right. Collier’s illustrations bring it as well. It’s fitting that Muhammet Ali’s greatest fight be told through poetry; he too, was a wordsmith with a gift of rhyme such as these famous quotes:

“It will be a killer and a chiller and a thriller when I get the gorilla in Manila.”

“Float like a butterfly, sting like a bee. The hands can’t hit what the eyes can’t see.”

“I wrestled with an alligator, I tussled with a whale, I handcuffed lightning, thrown thunder in jail, I’m bad man…Last week I murdered a rock, injured a stone, hospitalized a brick. I’m so mean I make medicine sick.”

[advanced picture book, ages 10 and up] 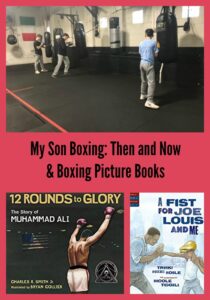 1 thought on “My Son Boxing: Then and Now & Boxing Picture Books”