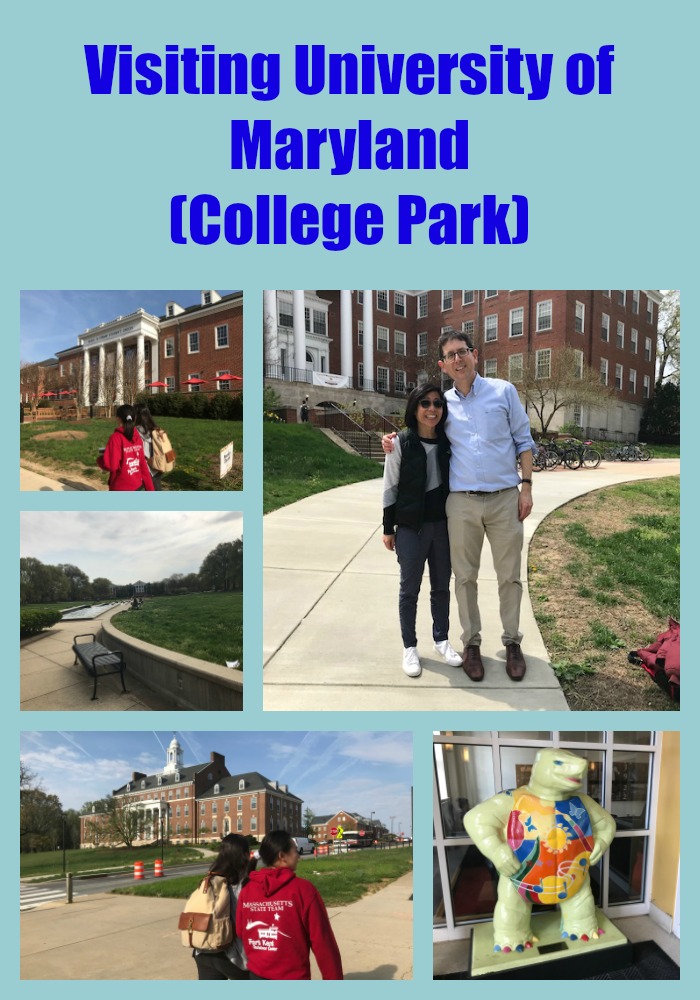 My high school friend, Dr. Phillip Swagel (and his wife!), are both professors in Economics at the University of Maryland College Park. Phill invited us to crash his economics class after our tour so this was the first time that my daughter and I actually sat in on a class. 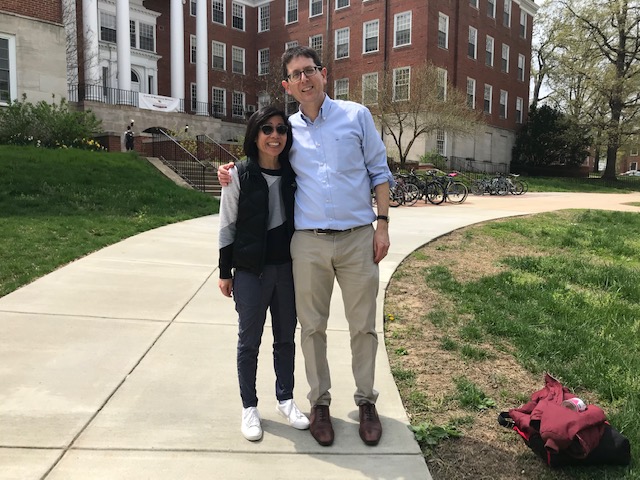 I’m not really sure if his students realize that their professor was largely responsible for saving the U.S. economy after the collapse of Bear Stearns, Lehman Brothers, and AIG. And that’s not the full extent of his very impressive resume!

But, kids being kids, I’m sure that while they are vaguely aware of their professor’s past life in economic policy, they probably think it’s normal to have a heavy hitter conducting class, grading their papers, and getting them to interact in his class. 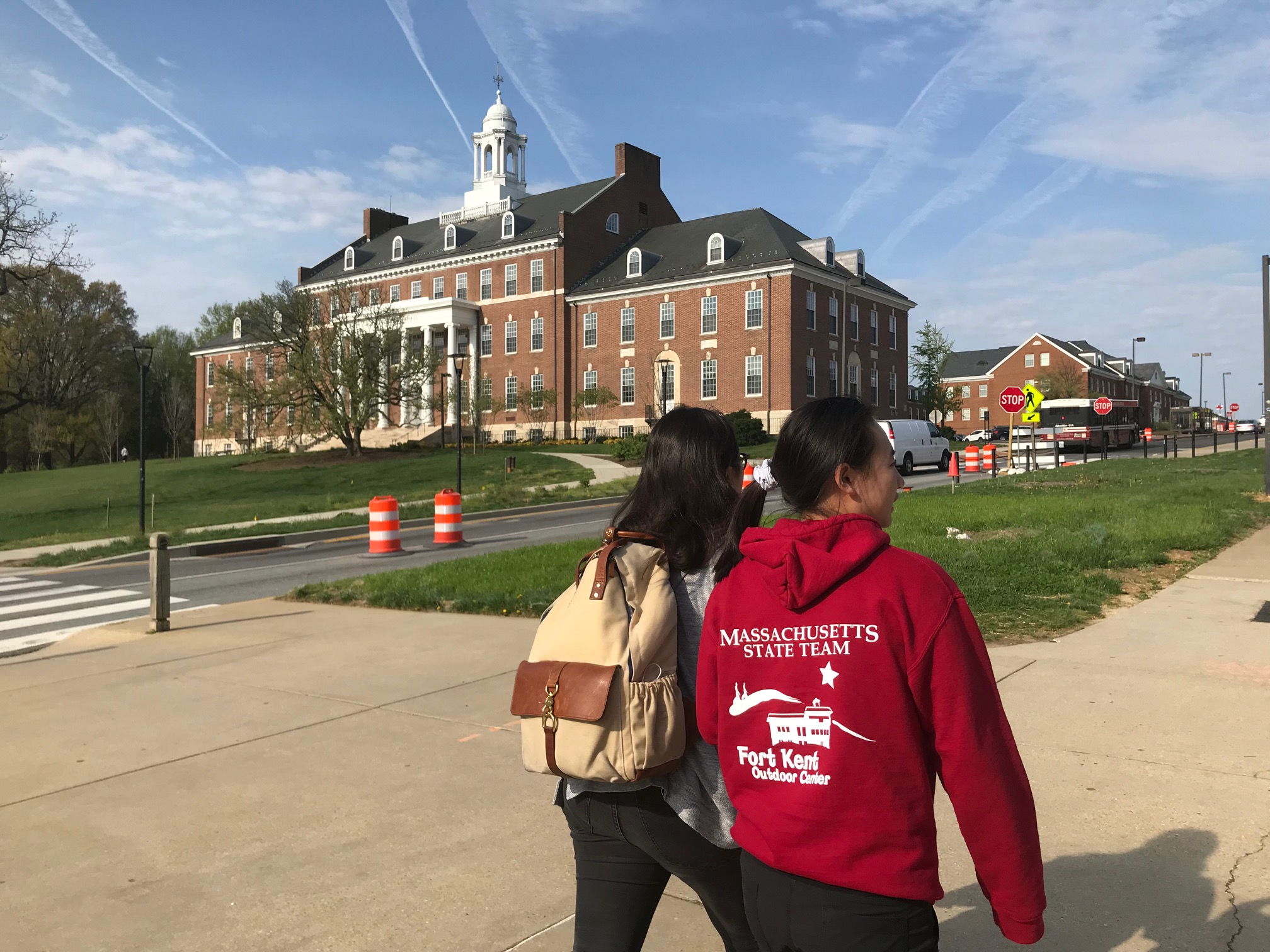 But that might be the power of the University of Maryland, College Park. Besides being a “public ivy” with very strong STEM, the university also benefits by proximity to D.C.’s “think tank” caliber talent. And getting this quality of education for in-state tuition makes this experience a bargain that is noted in their college visit presentation. University of Maryland College Park is named one of fifteen Best Values Colleges in the United States. 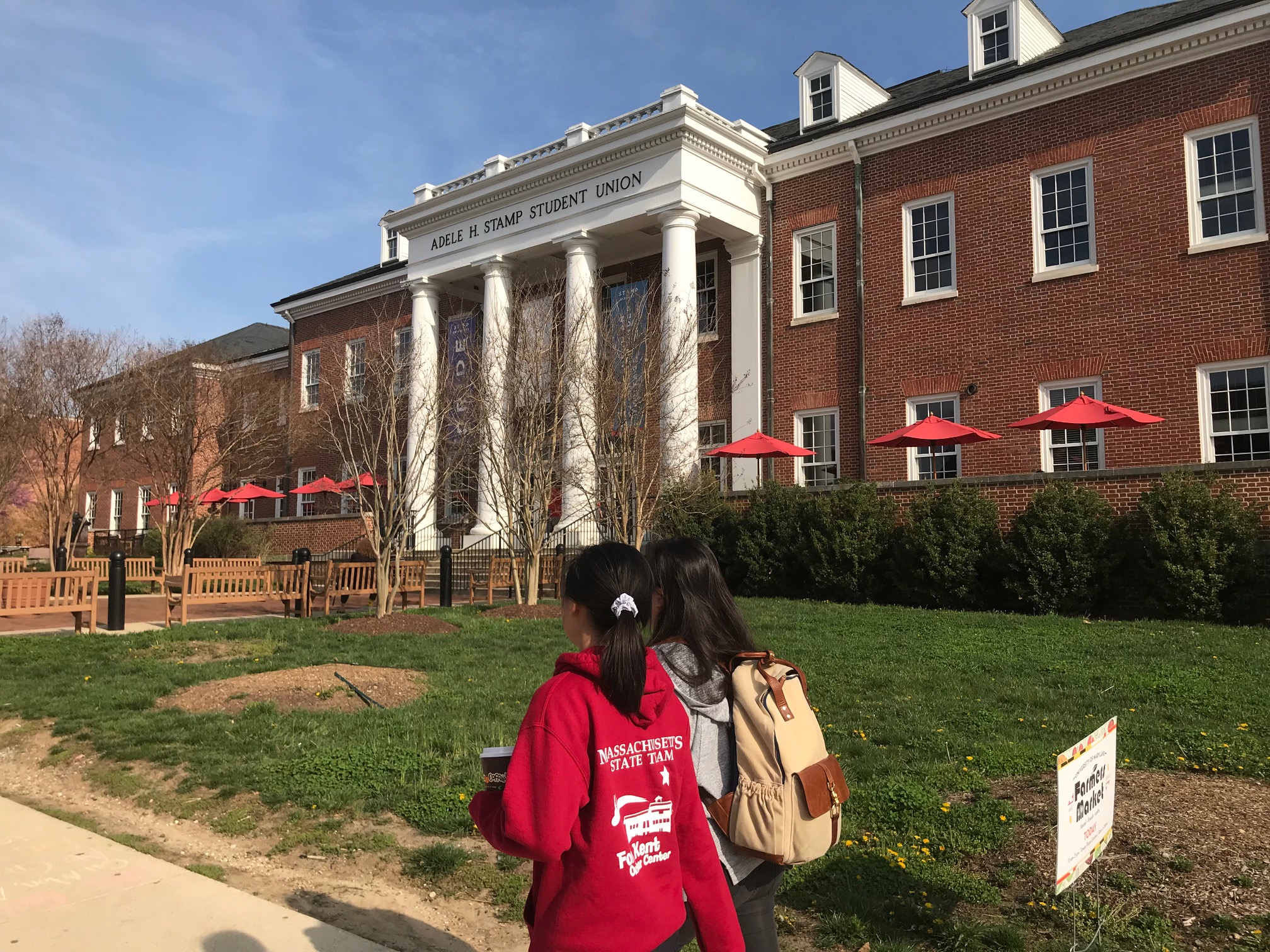 It’s also a beautiful campus. We were struck by how vast the campus is. It’s Texas-big. Except that it’s about 4 times the size of UT Austin and UCLA in terms of acres. Even the central green space quad is enormous! It’s 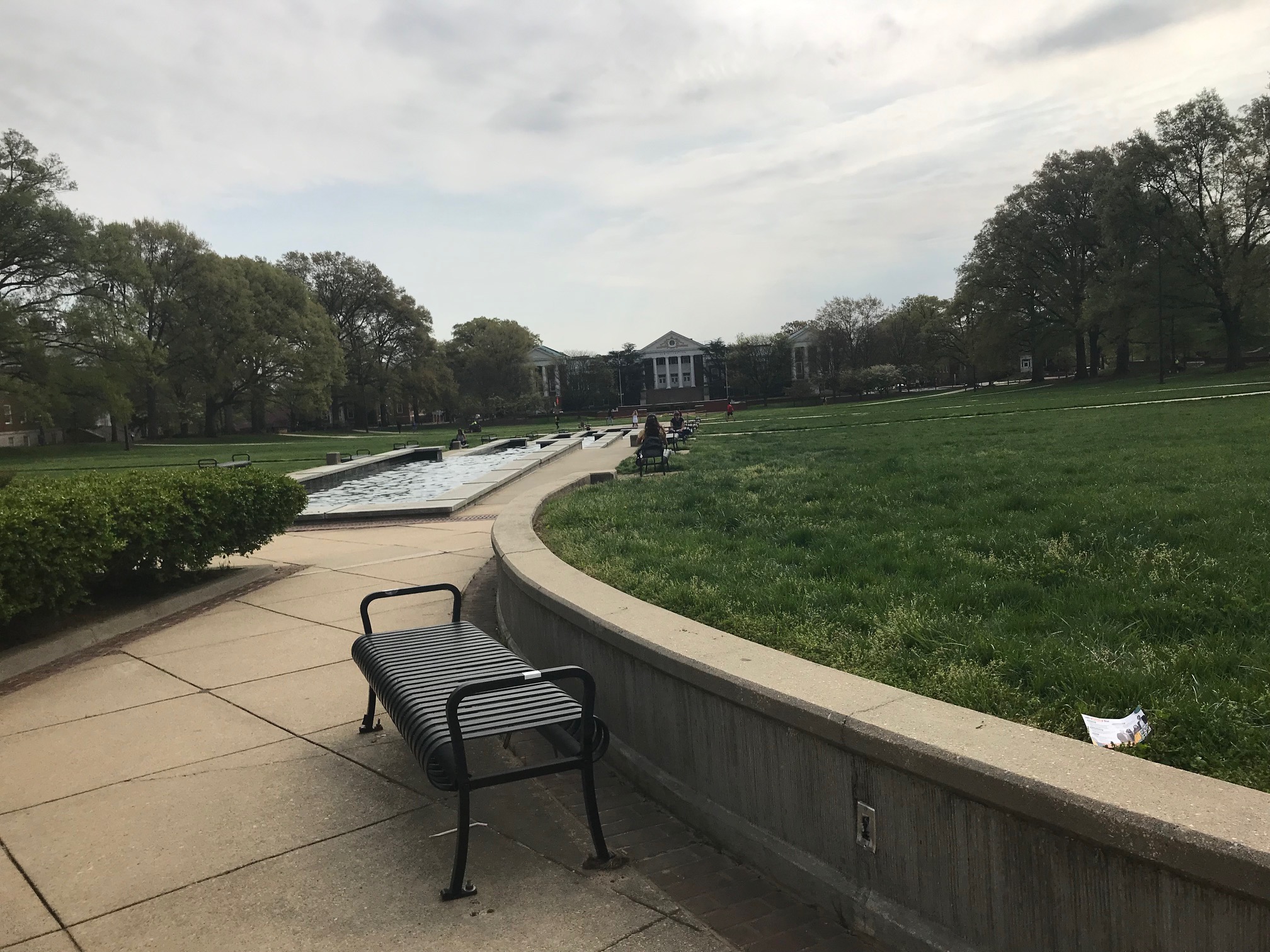 True, the campus size includes a golf course which UCLA or UT Austin cannot boast of. There is also a working farm with actual cows producing milk which is made into ice cream sold on campus. This might be the first college that I’ve visited that has its own ice cream from its own cows!

In short, the University of Maryland College Park is an impressive and well-priced institution. The vast size will feel smaller the more you spend time on campus but it does take some getting used to!

Takeaways:
– While this school is similar in size to other large public universities that we visited (UT Austin, UCLA), the campus is 4x larger in terms of size.
– Undergraduate enrollment: 26,889 (2015–16)
– The University of Maryland has great STEM.
– Sports are really good here especially lacrosse for both men’s and women’s. UnderArmour founder went here and he’s donated a lot of money to the football program (he played football here).
– On-campus housing seems accessible to anyone seeking it. It’s guaranteed for freshmen but it seems like anyone who wants it can get it.
– Parking is also available to anyone who lives off campus but there are also apartments for rent literally across the street from the University.
– That being said, it can be a more than a half hour walk from one end of campus to the other… this school is large!
– However, there is plenty of university transportation to get around including shuttle buses and buses.
– What is impressive about Univ. of Maryland, College Park is that it offers something for everyone and is excellent in most areas and at the price, this is one of the best bargains to be had both in state and out-of-of-state. This is a “Public Ivy” along with others such as UT Austin, University of California (nine campuses as of 1985 including UCLA & UC Berkeley), UMass Amherst, College of William & Mary (Williamsburg, Virginia), Miami University (Oxford, Ohio), University of Michigan (Ann Arbor), University of North Carolina at Chapel Hill.
– The school feels smaller than its size as it is divided into various schools including an honors program.
– Its twelve schools and colleges together offer over 200 degree-granting programs, including 92 undergraduate majors, 107 master’s programs, and 83 doctoral programs.
– Also, the actual campus where you go to classes is more compact. Part of the acreage of the school includes their own golf course!

p.s. Since writing this, Phillip Swagel just became the head of the OMB (Office of Management and Budget). Phill served on the Clinton and GW Bush Council of Economic Advisers (2000-01) as the senior economist for trade. Phill subsequently served as Assistant Secretary for Treasury in the lead-up to the financial crisis of 2008, as well as chief economist for CEA. Earlier, he served as an economist at the Fed and the IMF. 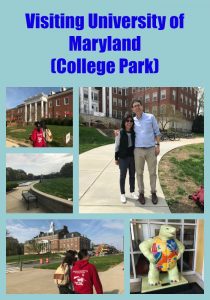