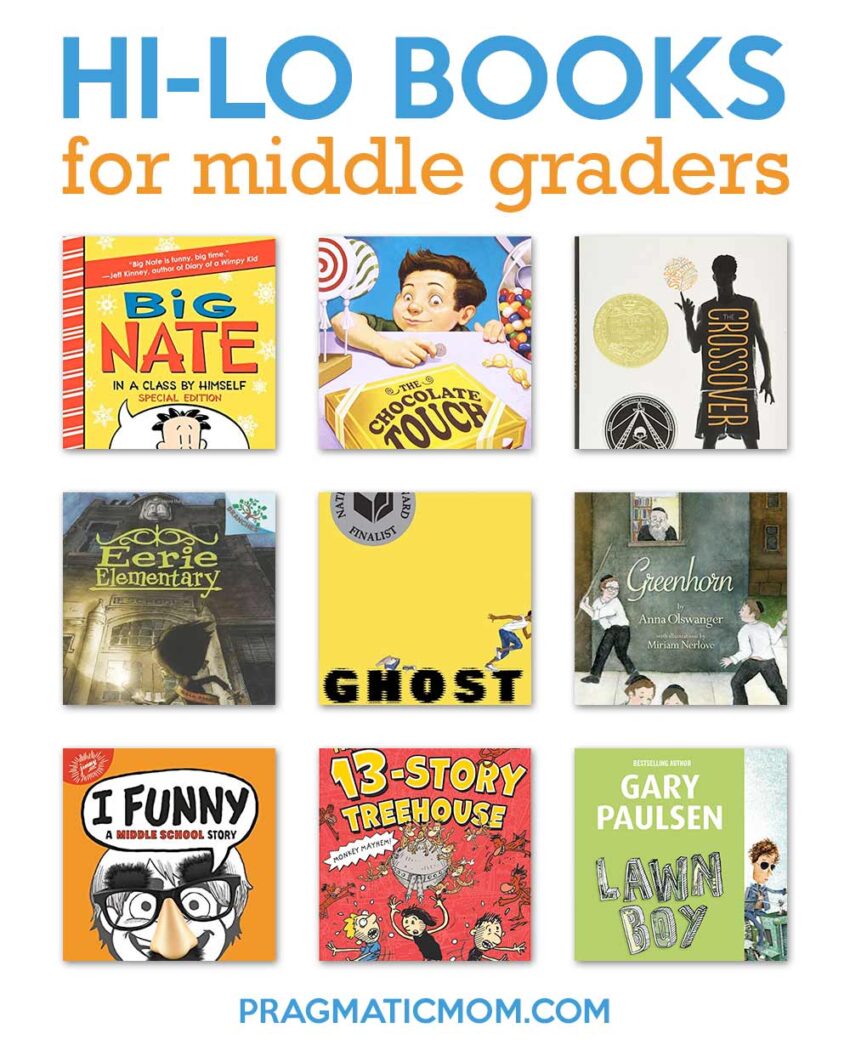 Today, please welcome Kate Nafz with a Hi-Lo book list for middle readers. Hi-Lo is a term used to describe high-interest, low-readability books perfect for enticing reluctant readers to read. We are both excited about Greenhorn, a book on this list by Anna Olswanger, because it is also a film!

Greenhorn, both the book and film, is based on the true story of an 11-year old Holocaust survivor named Daniel who arrives at a Brooklyn yeshiva in 1946. He is befriended by Aaron, a boy with a stutter, and the two of them stand up to the bullies who make fun of them—Aaron because of his stutter and Daniel because of the small box, with its terrible secret, that he won’t let out of his sight.

Check out the film trailer!

And now read the book that inspired this list!

p.s. If you want to watch Greenhorn, the movie:

Big Nate in a Class by Himself by Lincoln Peirce

Based on the author’s syndicated comic strip, Nate becomes the first boy in school history to be given detention by every one of his teachers on the same day. Try also other titles in the Big Nate series or The Diary of a Wimpy Kid series for more cartoon illustrated fun. [graphic novel, grades 3-7]

A King Midas reboot sure to appeal to kids everywhere. John receives an amazing gift–everything he touches turns to chocolate! [middle grade, grades 2-6]

Narrative poetry relates the story of two basketball playing twins and their father who has high hopes for them. [middle grade novel in verse, grades 6-9]

Heavily illustrated, short and slightly creepy, this series is perfect for adventurous kids who enjoy a good scare. Part of the Branches family of books by Scholastic, try other high interest series such as Press Start! or Dragon Master. [early chapter book, grades 2-6]

Freak the Mighty by Rodman Philbrick

Traces the friendship between Max who is big in stature, yet struggles with learning, and Freak, who is brilliant, yet small physically and sickly. Together they are unstoppable! [middle grade, grades 6-9]

Ghost does not have the easiest life. The one thing he excels at is running and joining

A city-wide track team becomes a life-line. Try other titles in the Track series featuring other student runners. [middle grade, grades 4-7] *From Mia: Ghost is part of a 4 book series. I have a post on it here.

The full-color illustrations and generous white space will attract the casual reader and the mystery of the contents of the box will keep them reading. The reveal will both shock and educate. [middle grade, grades 5 and up]

I Funny by James Patterson

Being stuck in a wheelchair doesn’t slow Jamie down. He is determined to become the world’s best comedian. First in a series with comic-style illustrations. Try other series by the same author, James Patterson, who has made it his mission to convert reluctant readers, such as the Middle School series. [middle grade, grades 5-8]

Short and exciting sports stories on a variety of different sports written in an enticing format. [middle grade, grades 3-7] * From Mia: I have other hockey book lists and sports book lists too.

How does a twelve-year-old boy build a successful business complete with a team of employees all in one summer? Read to find out! [middle grade, grades 5-8]

The Outsiders by S.E. Hinton

The modern classic of Ponyboy and his brothers who must make their way as “greasers” in a small Texas town in the 1950’s. [middle grade, grades 6-12]

Bully, Chase, is an unlikable and feared character in his school. When he falls off his roof and gets amnesia, he re-enters school a nice guy. Will this new Chase stay? [middle grade, grades 5-8]

Relates the true story of Charlotte (Charlie) Parkhurst who became the first female Pony Express driver, posing as a man, and the first woman to vote in a US election. [middle grade, grades 3-7]

Alternating stories told in two formats, text and illustrations, and across two time periods relate the tales of newly orphaned Ben and deaf Rose as they both run away from home, connecting in the end. [middle grade, grades 4-8] 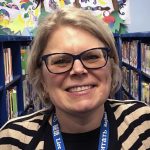 Kate Nafz is the Head of Children’s Services for the Fair Lawn Public Library in New Jersey, a position she has enjoyed for twenty years. An avid reader of children’s literature, she specializes in middle grade fiction, but dabbles in YA. Presently she leads two enthusiastic book discussion groups for young readers at the library. Children’s literature is her passion and she loves to spread the word about exciting new books. To learn more about her, check out her blog. 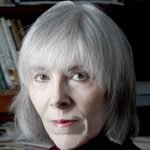 Anna Olswanger has been a literary agent for fourteen years, first as a senior agent with Liza Dawson Associates in New York and then as the head of her own agency, Olswanger Literary. She is the author of the middle grade novel Greenhorn, which became an indie film and had its New York premiere at The Museum of Tolerance, and the picture book Shlemiel Crooks, a Sydney Taylor Honor Book and PJ Library Book. The Kaufman Center in New York adapted Shlemiel Crooks into a musical for families. To learn more about her, check out her website, Twitter, and Facebook. 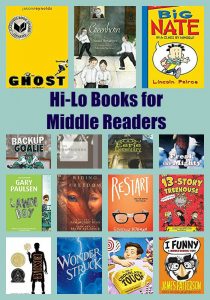