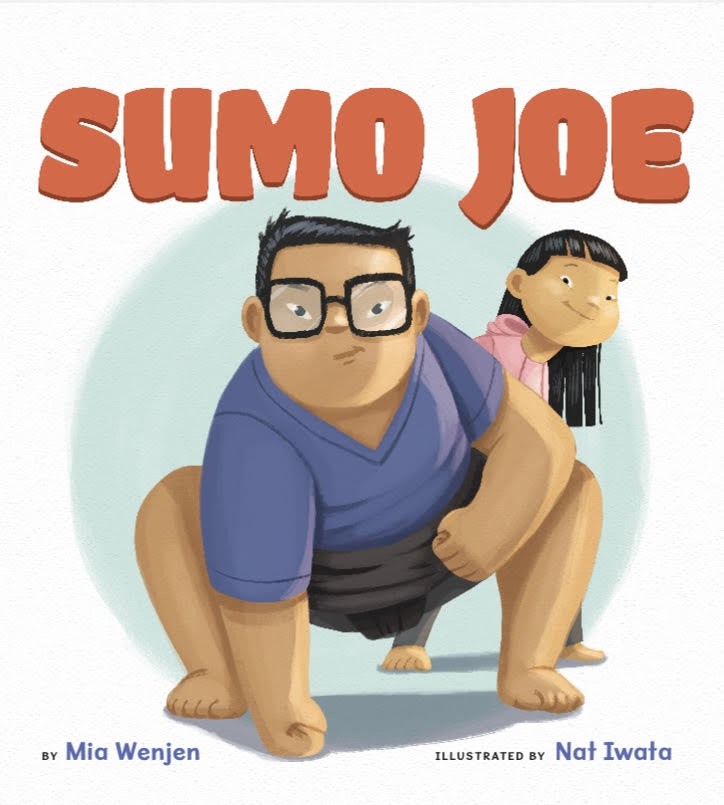 I’m giving away a copy of Sumo Joe when it is out in May along with some swag. Please fill out the Rafflecopter at the bottom to enter. 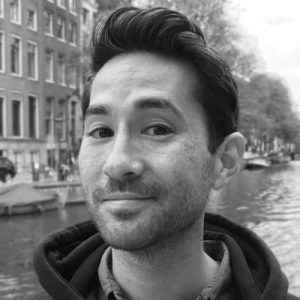 1) Sumo Joe is your debut picture book as well as mine. As an art director, animator, and professor, what motivated you to add “illustrator” to your professional bucket list?

In a way, illustration is where all of it began for me. Illustrating is just telling stories with pictures, and most of us start doing that at a very young age in some form of another. I work in video games, virtual reality to be specific, and there are so many technical components to the art (photoshop, 3D software, game engines, etc.), which makes me further appreciate the simplicity of illustration. I’ve done freelance illustration my entire career and even illustrated a few books before, though I’d say Sumo Joe is my first real trade picture book. With those past experiences, I found that illustrating was something I enjoyed and found very rewarding, so I decided to pursue it. It was a couple of years ago that I got serious about illustration and was offered representation by my agent Jennifer March Soloway with Andrea Brown.

2) When I lived in Sawtelle Japantown in the 1990’s, I studied aikido.  My aikido sensei (who is from Spain) happened to live in my apartment complex! I was introduced to sumo wrestling from watching it the Shimizu Corporation commuter bus on my way to work in Toyko. What is your experience with sumo and aikido?

I’m half Japanese, on my father’s side, so sumo wrestling has always been something I’ve been aware of, but it wasn’t until signing on to illustrate Sumo Joe that I really started learning about it. Now, thanks to you, I know the basics and have watched a lot of Sumo matches on YouTube.

I have a little more experience with aikido because two of my sons did it for a couple of years, I even joined in for a few months until I got over ambitious and threw my back out!  The aspects I really appreciate about aikido are the respect toward others, that it is a defensive martial art with the goal of diffusing conflict and not inflicting harm, and the discipline required of the students.

3) I noticed how you snuck in a framed picture of a sumo wrestler on the wall in Sumo Joe. Any more illustration “Easter eggs” to look out for?

Actually, there are! I had a lot of fun with the family photos on the wall. The picture of the elderly man is based on a portrait of my great grandfather that my grandmother always had hanging in her house. The picture of the man holding the fish is a little homage to my father, who passed away over 10 years ago and was an avid fisherman. Since he never got to see me illustrate a book, I thought it would be nice to put him in one.

4) I entered the Lee and Low New Voices competition which I did not win but was offered editorial assistance on the Sumo Joe manuscript that led to our book. What was your path to illustrating Sumo Joe?

As I mentioned above, I had illustrated a few books before Sumo Joe, one through a kickstarter that was later picked up by a publisher, one for a toy company and one chapter book. When I decided to really get serious about illustration, I dove in headfirst. I found as many resources as I could on how to ‘break in.” I subscribed to svslearn.com, an online school run by Will Terry, Jake Parker and Lee white, I joined SCBWI, and watched, read and listened to anything I could find about the industry. After a lot of research, and entering an SCBWI art showcase, I began querying agents. I was offered representation by Jennifer, and after two unsuccessful attempts at selling my own books, and a lot of growth as a result, the opportunity to illustrate Sumo Joe came up and it seemed like a perfect fit!

5) You moved to the Netherlands from Portland, Oregon (we have one in Maine too!) with your wife and three children. How is life living near Amsterdam?

Life in Amsterdam has been so many things. It’s beautiful, it’s challenging, it’s physical…it’s wet. It was a huge adjustment to leave the place my wife and I were born and where we’d raised three children up to that point, and it’s still hard at times, but one I’m glad we did it. We ride bikes everywhere, my children are now fluent in Dutch (though Erin and I are not), we take a lot of trains and have found an amazing group of people at our kids’ school, our church community and with work colleagues.

6) What are you working on now?

I finished another picture book around the same time as Sumo Joe, although it won’t be out until the end of the year. I have a few book ideas I’m working on with Jennifer and hoping to go out with one in the coming months, and I’ll be looking at future illustration opportunities as they come up. I’m also always making art, most of which I post on Instagram, in an effort to grow as an artist.

I’m giving away a copy of Sumo Joe when it is out in May along with some swag. Please fill out the Rafflecopter below to enter. I can only ship to U.S. addresses.