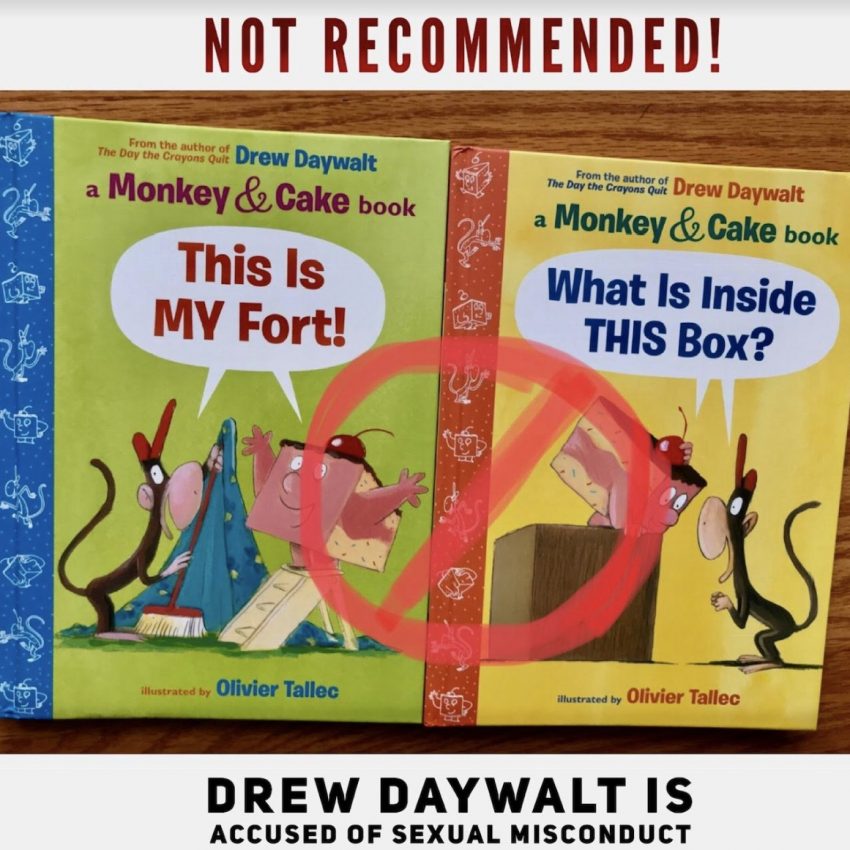 Today, I wanted to tackle why the children’s book publishing industry is giving a pass to sexual misconduct authors and illustrators who were not written up in major publications?

It’s as if publishers have conspired with School Library Journal to scrub the comments on their article, Unpacking Anne Ursu’s Survey and the Fallout, with Changes Coming to Events | Sexual Harassment in Children’s Publishing, to remove any accusations of people called out for sexual misconduct. 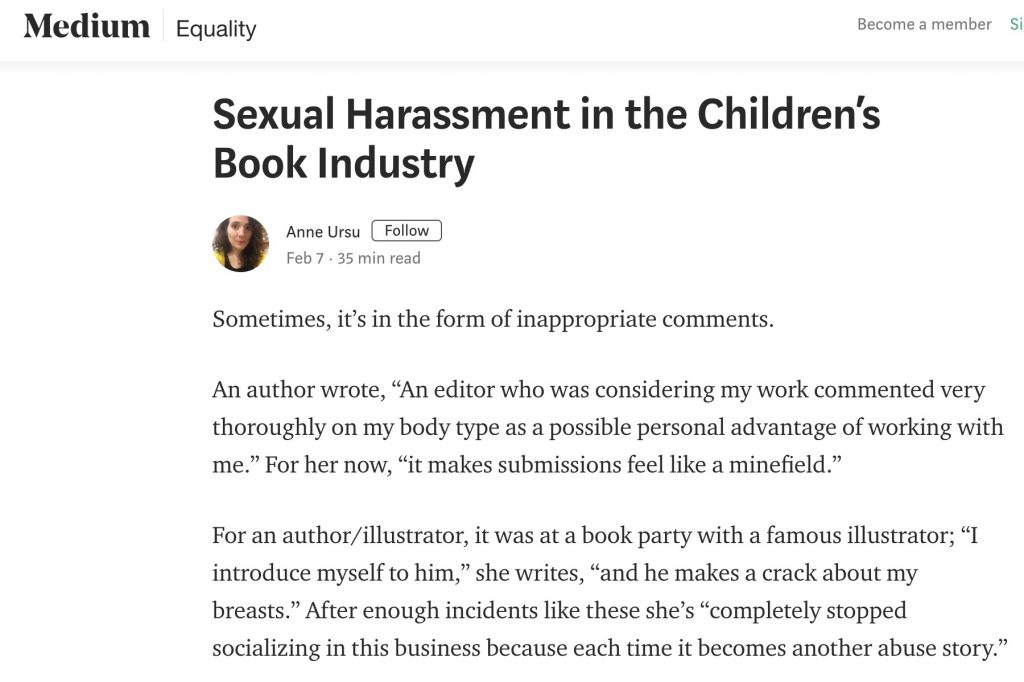 So let’s start with Anne Ursu’s original article in Medium and identify the accused in her article with the commenter calling him out. Today, I’m going to focus on Drew Daywalt.

This is the accusation in Anne Ursu’s article:

Another writer says, “During an award ceremony during a conference in Los Angeles, I thought how lucky I was to sit next to a huge bestseller in the children’s industry. Our entire table enjoyed dinner together and near the end he expressed how he’d be interested in reading my work and give feedback. As a newer writer, this was a dream and we exchanged cards. After that, I started to receive messages from him about how beautiful my social media pictures were and that we should get together sometime. He then proceeded to tell me that his wife was fine with it, as she dates other people too. When I told him I was married and declined, he then got upset and pretended to never have met me.”

For this writer, “He made me never want to go back to Los Angeles. This happened years ago, and he made me feel like an object, not a professional.”

And there are two accusations of sexual harassment against Drew Daywalt:

Accusation 1: “My story was also mentioned in Anne’s article, and Drew Daywalt was the one that made me never want to return to Los Angeles. This is really tough for me to post, even anonymously, because I’ve always tried to be such a peacemaker, but honestly, the more I thought about it, the more I realized that this goes beyond me. I felt confused and hurt over the entire interaction for a long while, and after reading Anne’s response in her article, she truly helped me understand why I felt the way I did. Thank you, Anne! And to those also speaking up, I’m glad we’re all having this conversation, and my hope is that those being called out will truly reach out for help and want to change. ”

Accusation 2 (via Twitter DM to me): “Hello, I was recently told about your blog post featuring comments about men in the kid lit community who are accused of sexually harassing women. When I read Anne Ursu’s article, I knew exactly who one of the men were. Drew Daywalt. He used the same lines with me and more. I am forever traumatized by that man. I wish to remain anonymous.” 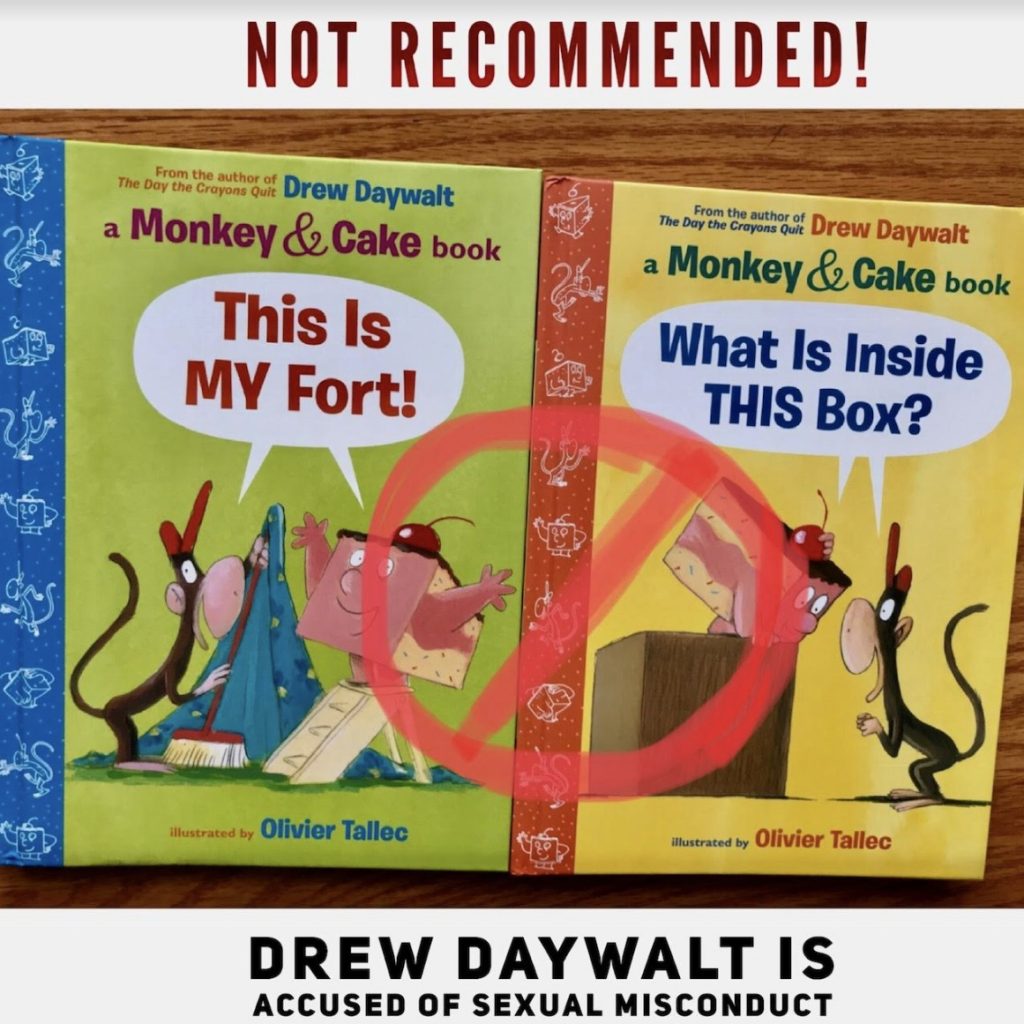 Perhaps short of video footage of incidents or police reports accusing rape, the children’s book publishers are willing to give those conducting sexual misconduct a pass unless their incidences blow up on social media? I’m not sure. But I do know that Scholastic seems quite happy to release new Drew Daywalt books. 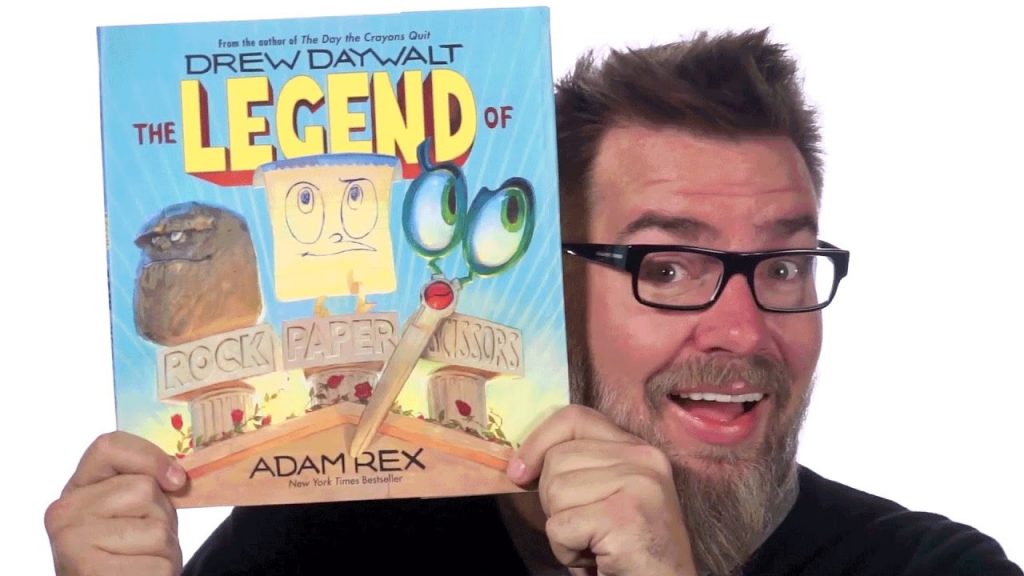 Just so you know, I have noticed that there is some pushback to promoting those accused of sexual misconduct. I was recently a judge for new children’s book award on behalf of a beloved author/illustrator who recently passed away. Drew Daywalt’s book, The Legend of Rock Paper Scissors, was on the short list but was immediately yanked and replaced after the School Library Journal article outed him. Actually, that’s how I became aware of the comments naming the #MeToo accused offenders.

It’s possible that the editors, publicity, marketing, and executives at Scholastic are not aware of the accusations against Drew Daywalt. I mean, there is that statistical probability. It’s much more likely that they are all banking that, if Drew Daywalt lays low, the general public will not find out about these accusations about his sexual misconduct. They are counting on it, I imagine.

And, it’s a safe bet. There are very few people tweeting about this. This is why I wanted to give a shout out to @VickyCBooks of Vicky Who Reads. Thank you for standing up for #MeToo victims.

how is M*tt de la P*na not cancelled yet and why are book bloggers supporting him? like, ppl blacklist tomi adeyemi for making a small mistake, yet not MP for being a freaking sexual harasser? how? why? someone explain to me why people continue to ignore this?

For the publishers who are hoping this will all blow over. That no one will know because they got the comments removed, it’s still out there. I have documented it. So has The YA Kitty. It just takes one incident for this whole thing to be back front and center again.

I believe the women. As does Vicky Who Reads.

this makes me sick. WE HAD THIS DISCUSSION ALREADY. believe victims. if you have to have “concrete evidence or court ruling” to believe a victim, you need a serious wake up call.

If you want accountability, please help us let the children’s book publishers that this will not quietly go away. We have to do this together. Otherwise, they will all be back. Just like Louis C. K. He is accused by 5 women of sexual misconduct. 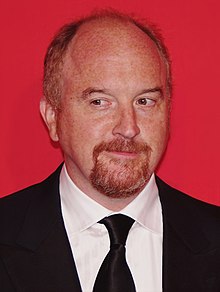 Klaire Randall was attending a show at New York’s Comedy Cellar on Sunday (2 December) when CK made an appearance that had not been announced prior to the event.

Randall told Vice she thought “it had to be a joke”. She said she didn’t know much about CK, though she was familiar with the allegations against the comedian and had read his non-apology.

“Ten minutes or so in there was a little bit of a break, and he walked over towards the piano where I was sitting to look at his notes. And in that moment I just yelled ‘get your dick out’.

“He looked shell-shocked. He looked directly at me, full eye contact and said ‘WHAT!?’ I repeat myself like, ‘get your f***ing dick out’. At that point, the crowd was jeering, there were a few boos coming from a few people. And before I knew it, a Cellar staff member came over at our table and put a hand on my boyfriend’s shoulder. He said ‘you can’t heckle the comedians’, and motioned towards the door. We already wanted to leave, so were happy to stand up and walk out on our own.”

1 thought on “Why are #MeToo Accused Getting a Pass in KidLit?”