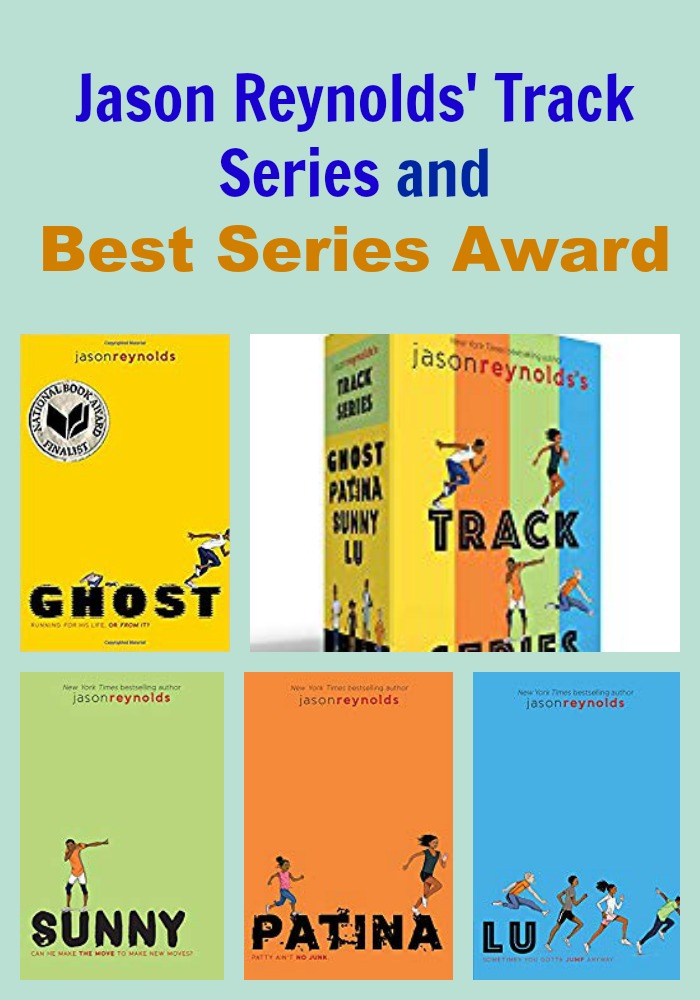 I think there should be Newbery type of award for middle grade book series. Have you noticed that there are no awards for book series? Why is that? I’d make the criteria:

Some of the series that I’d nominate for my made up award are:

The Dark is Rising

The Chronicles of Narnia

Percy Jackson and the Olympians

Magnus Chase and the Gods of Asgard

Track is a four book series that starts with Ghost. Four as in four in a relay race. An easy move would be to make the four books about the four people in the race: leg 1, leg 2, leg 3, and leg 4. Reynolds instead creates four characters who are all new to the team.

Another obvious move would be to make this a high school or middle school track team. That would make the kids more alike on a socio-economic level unless the school was private. Instead, Reynolds places the four characters on a club team run by a coach who won an Olympic gold medal and drives a taxi for a living.

I thought Track would be an inner-city story and Ghost fits in this category. Ghost lives in a project with his single mom. His father is in jail after trying to kill them with a gun in a drunken rage. He has natural ability to run and so it’s a small miracle that he ends up hanging around the track team and running for spite when he is discovered. Not only are the other three characters introduced in Ghost, but they also reveal the secret burdens they are covering though they are nothing alike.

Patina, a.k.a. Patty, is adopted and her adoptive mother is white. Her birth mother is in the picture but is disabled and in a wheelchair from diabetes. Her adopted parents are also her uncle and aunt. Reynolds quietly brings attention to the fact that African Americans are disproportionately affected by diabetes compared to white people in America.

Sunny is, in many ways, the polar opposite to Ghost. He lives with his wealthy and successful single father. His mother died in childbirth and Sunny feels like he has to carry on her legacy through distance running. His father has not gotten over the loss of his wife. Sunny feels like he is responsible for his mother’s death. Running is a burden that weighs him down, and Reynolds comes up with the perfect solution.

Lu is albino which is interesting in itself. This final book delves deeply into Coach’s story and the intertwined lives of those from his childhood which just so happens to be Ghost’s neighborhood. Lu’s father is the lynchpin that ties everyone together. His story is a broader one that points to racism limiting opportunities for African American boys and men.

What are your favorite series? Let’s start our own award! Thanks for commenting below. 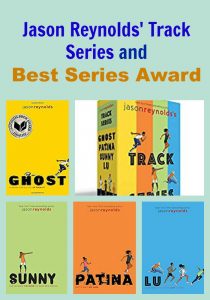