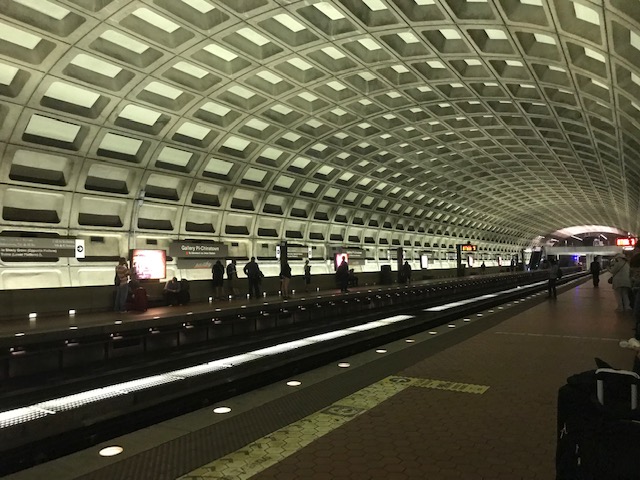 The DC subway system (metro) from the Ronald Reagan Washington National Airport (DCA) is accessible and easy to use! I took the metro from DCA to Friendship Heights in Washington, DC which is one stop past American University for the first time. 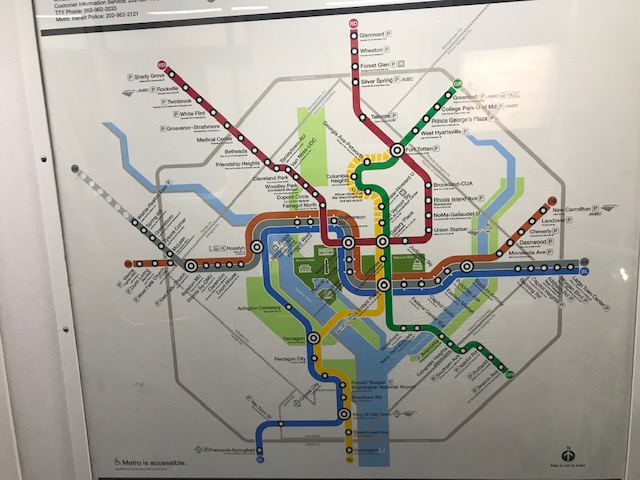 From the airport terminal, Terminals B/C are directly connected to the Metro station. If you are at Terminal A, it is a short walk through the connecting hallway.

I was at Terminals B/C so I followed the signs to the airport parking. I went to the third floor and took the overpass to the parking lot. The metro station is to the right of the parking. 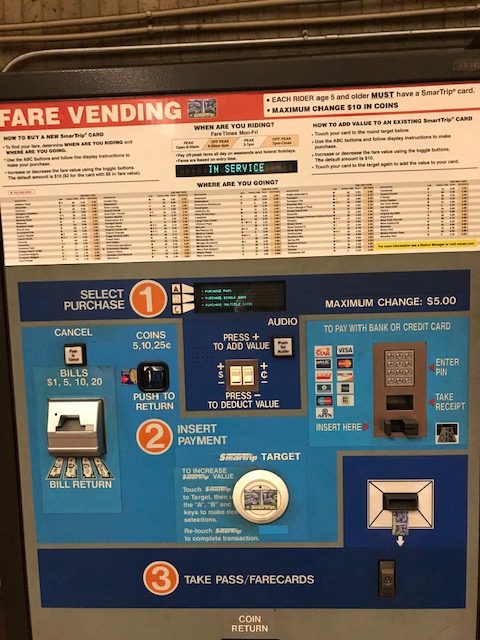 Selecting your metro ticket can be tricky. I found my stop but accidentally purchased for peak time instead of non-peak time. The metro fare is based on distance. You swipe your metro card both entering and exiting (thus the metro system is able to figure out how far you went which is NOT the case for the Boston subway system!)

What makes the Metro such a great subway system is the modern cars that have computer screens next to the door that update at each stop showing the next one.

It’s so easy to take the DC Metro from DCA to other points including American University!