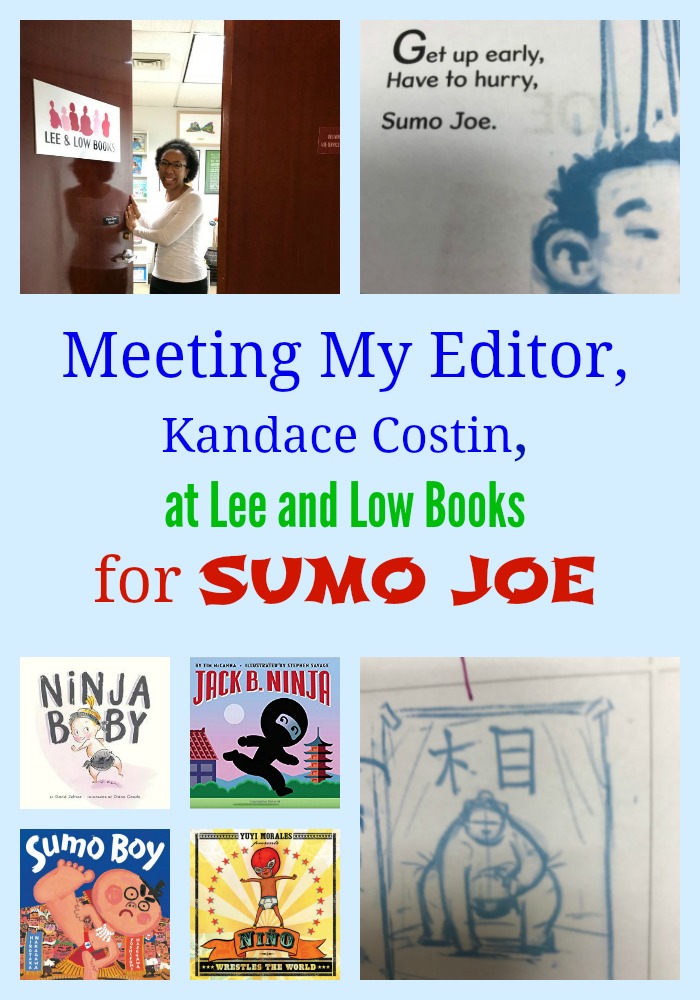 Attending Kweli’s The Color of Children’s Literature Conference brought me to New York City, with just enough time to squeeze in a visit to meet Kandace Coston, my editor at Lee and Low Books for SUMO JOE, illustrated by Nat Iwata. 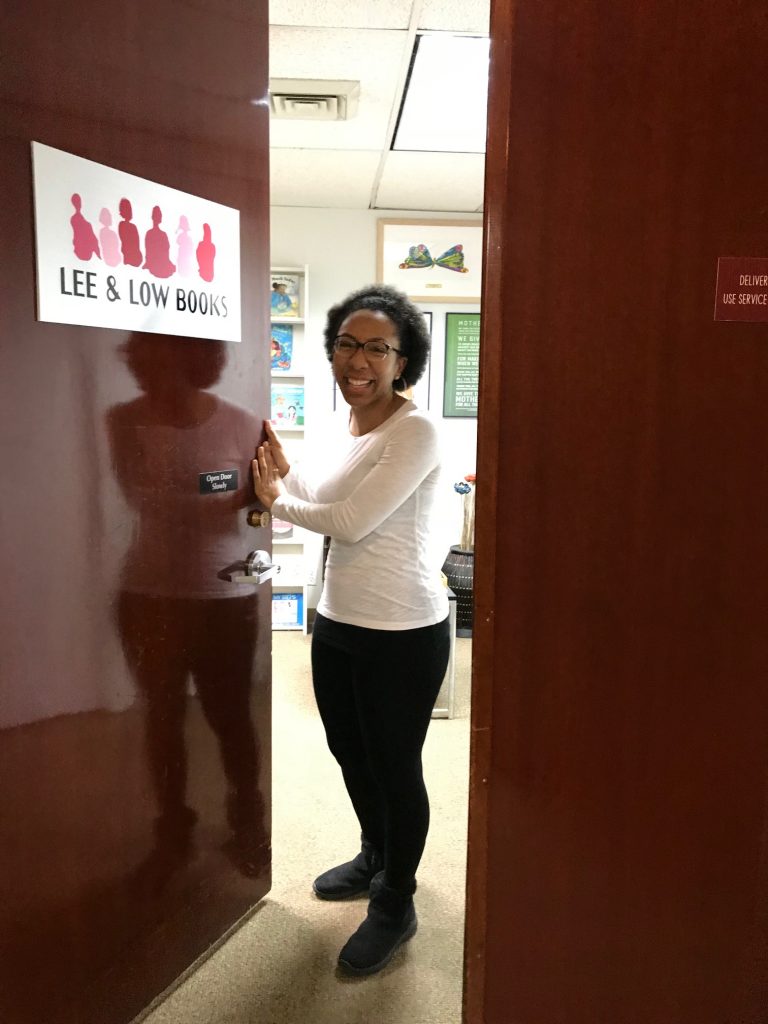 The office building is secured, so I had to have the security guard call me up and as the elevator opened, there she was, opening the door. She literally and figuratively opened the door for me to children’s publishing as SUMO JOE is my very first picture book to be published! 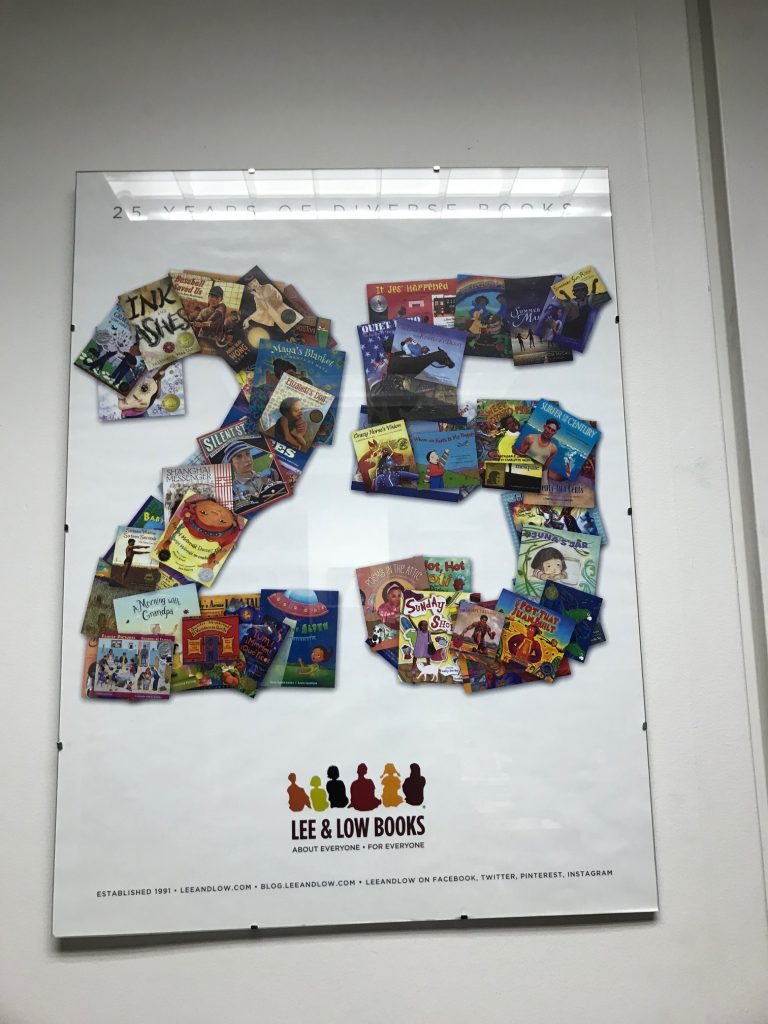 We met in the conference room, filled with diverse books. I saw so many familiar and favorite books on their shelves that it felt like home. Kandace showed me second round illustration drafts of SUMO JOE. I am allowed to show you a few peeks at this. 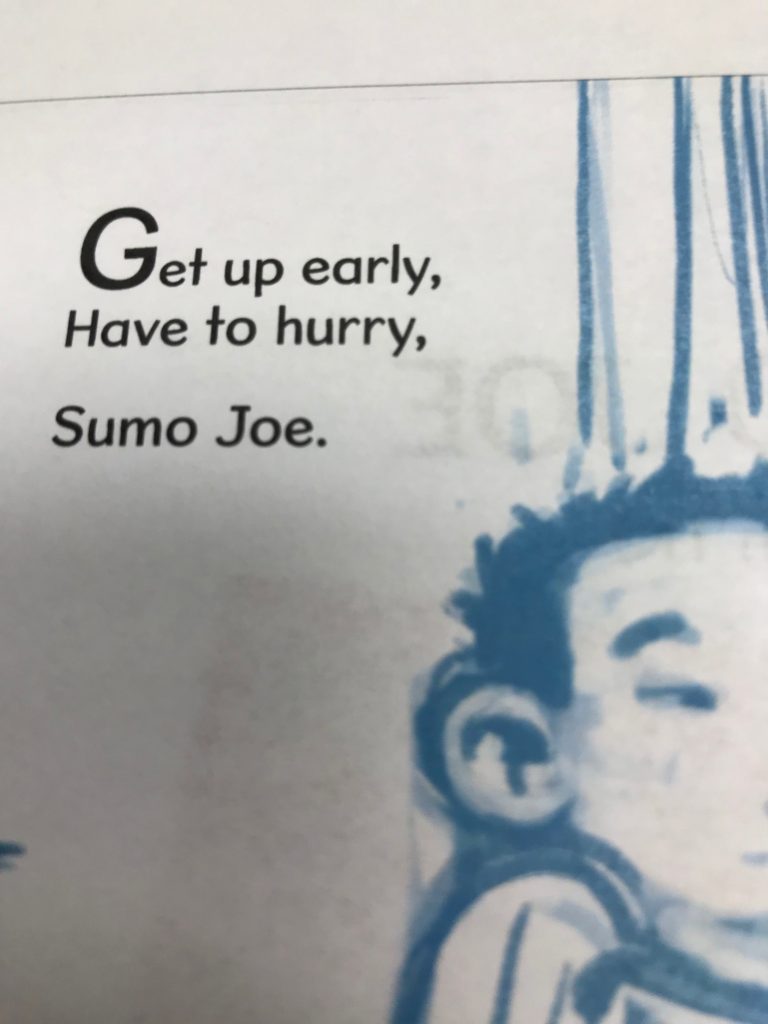 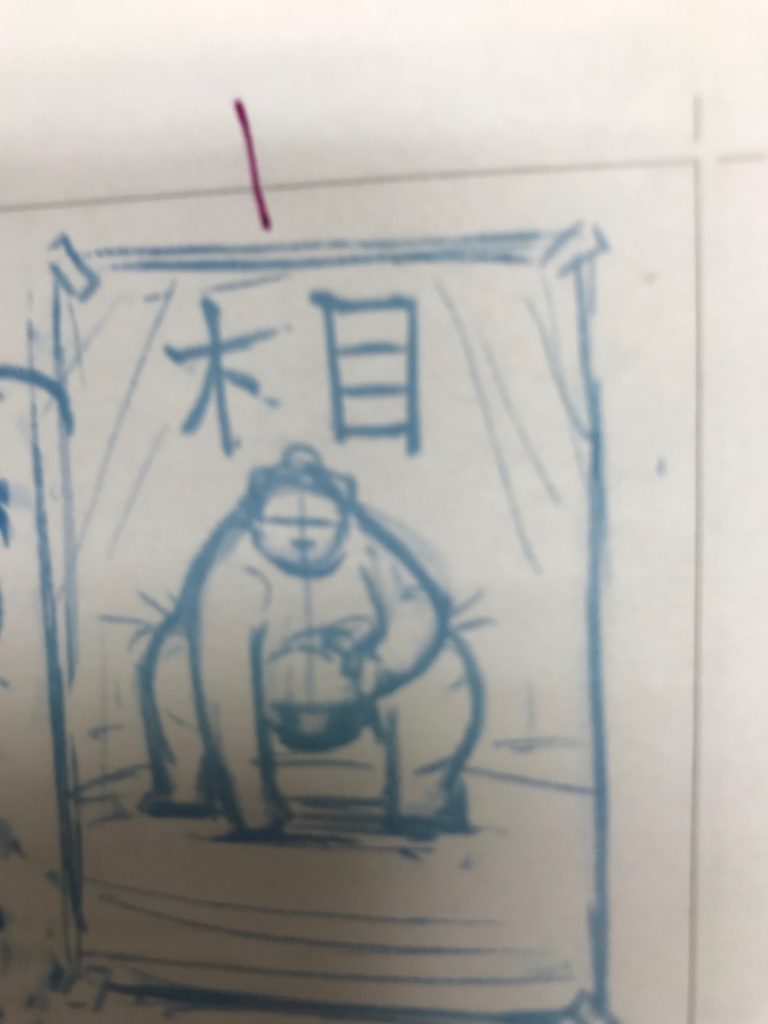 She also showed me the “mentor texts” she collected for illustration inspiration. 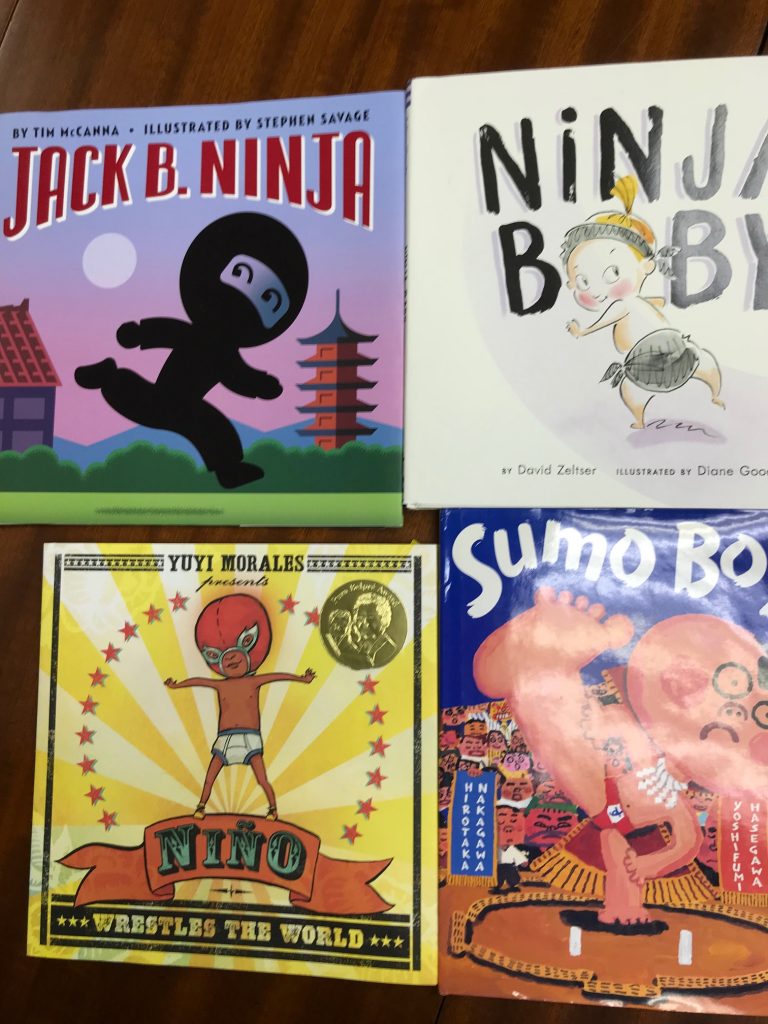 I have to confess that I was always nervous to talk to my editor on the phone, though she is as nice as can be. There was just something intimidating about it. That all changed when I met her face-to-face. It really does make a difference to put a face to a voice. I felt so comfortable with her after just 45 minutes of me rambling on and on about KidLitCon, trying to get Lee and Low aboard as a sponsor.

Kandace was a presenter and a panelist at the Kweli The Color of Children’s Literature Conference so I was able to see her a few times the next day. In fact, I felt so comfortable with her, I was able to tell her about my boxing picture book manuscript critique with Phoebe Yeh at Scholastic (if you pay $40, you can get a critique) that I had also submitted to Lee and Low.

The points Phoebe made helped me to kill this picture book idea. When I relayed it to Kandace, she was sympathetic and supportive such that I blurted out another picture book idea that I had been working that I will try to polish and give to her. It’s not boxing but it’s also hand-t0-hand combat.

For anyone of color who is working on children’s book and/or young adult books, I urge you to:

Here’s a video that highlights my Lee and Low visit. 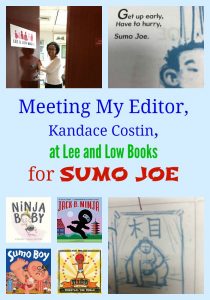 4 thoughts on “Meeting My Editor for SUMO JOE”