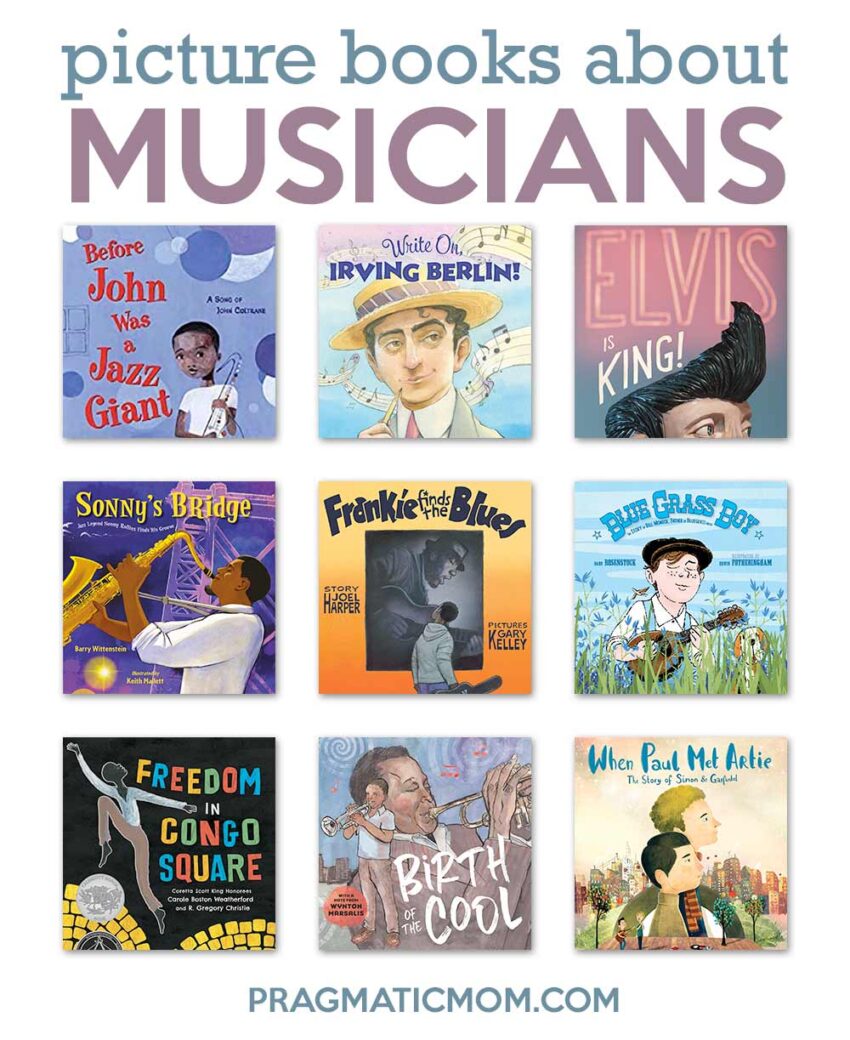 I have a post of Picture Book Biographies about African-American Pioneering Female Musicians so today’s post is its pair, which is to say that I’ve rounded up the best picture book biographies about musicians who are not African American. This list, though, is all male. I’d love to add female musicians to this list!

What books about musicians do you recommend? Thanks for your suggestions.

Back in Russia, Irving Berlin’s father had been a cantor, a musician in the synagogue. He, too, had a beautiful voice, and he sang to earn money when he was just 13. Composing music came next. His first song sold for 37 cents, and soon he got a job for a music publisher thinking up songs. His experience of being drafted in the U.S. army inspired songs of both humor and patriotism that eventually resulted in God Bless America. White Christmas was another big hit. He would write more than 1,500 songs during his long career despite having no formal musical training. As a Jewish immigrant, many objected to his biggest hits, but it is what makes Irving Berlin’s music one of the pillars of American music. [picture book biography, ages 6 and up]

This is the backstory to the Elvis that everybody knows. This is Elvis as a shy and impoverished boy with a father in jail. His rise to fame might have seemed meteoric (and when it did happen, it was sudden and fast), but there was also struggle. The illustrations are done in 3-D, stop-motion, and crafted from wire, fabric, and wood give this book the feel of watching a movie. This is an inspiring story about how Elvis by following his heart and not being afraid to be different became the King of Rock ‘n Roll. [picture book, ages 4 and up]

Livin’ with his wife Lucille. Lower East Side.

No gigs, no deadlines, no pressure.

I’m not sure how I feel about white authors writing in “jazz” vernacular. Is this vernacular dropping the “g” in verbs? If so, why is ring-a-ding-dinging not ring-a-ding-dingin’? If you listen to the video of Sonny Rollins below, he doesn’t talk in a “jazz” vernacular. I almost feel like this is similar to when white actors use a fake Asian accent, like in the case of Mickey Rooney in Breakfast at Tiffany’s.

That being said, Sonny Rollins story of practicing on the Williamsburg Bridge is an interesting one. [picture book, ages 6 and up]

A portion of the proceeds from this book will be donated to Playing For Change Foundation.

This picture book’s narrative doesn’t quite hang together for me, but I do like the message of tracing the history of blues music both backward back to its roots of enslavement and forwards to its influence on hip hop. Frankie learns about the blues from his grandmother and then decides to learn to play blues on his guitar. He meets a homeless man who gives him lessons. This storyline doesn’t really help the story arc though. Still, this is a good introduction to the blues genre for kids who might not otherwise want to learn about it. [picture book, ages 6 and up]

Born into a large and musical family in bluegrass Kentucky, Bill Monroe had an eye condition that made it difficult for him to see clearly. It’s very likely that this resulted in enhancing his sense of hearing. When his mother died when Bill was 10, the music stopped. When his siblings started playing their instruments again, this time Bill joined them on the mandolin. As he grew older and his siblings departed, Bill lived with his Uncle Pen and performed music for dances with him. Arnold Shultz, a famous African American traveling musician known for fingerpicking the guitar crossed his path, and altered it irrevocably. Bill ended up moving to Chicago to join his brothers and formed a band with them. After ten years of playing covers, they came up with their own sound. It was the sweet sound of bluegrass, influenced by Arnold Shultz, but entirely its own sound. [picture book biography, ages 6 and up]

Before John Was a Jazz Giant: A Song of John Coltrane by Carole Boston Weatherford, illustrated by Sean Qualls 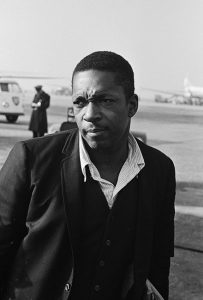 This is a very simple picture book depicting the childhood of jazz legend John Coltrane. Kids who like Charlie Parker Played Be Bop will like this book and they make a great pairing. The illustrations are marvelous in this picture book. Endnotes give more history on his childhood including the tragedy when four of his family members died when he was twelve. [picture book, ages 5 and up] 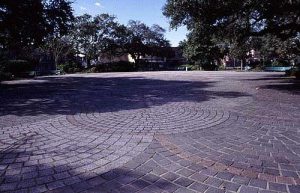 “Slavery was no way fair. Six more days to Congo Square.” The back story of the birth of jazz in New Orleans: because Louisiana was a French colony, then a Spanish colony, even slaves had Sunday off from work. In most states, African drums and music were banned. But once a week at Congo Square in New Orleans, hundreds of slaves and free blacks would congregate, play music, and dance. Told in simple rollicking rhyme, this picture book is exuberant as it is informative about a little-known story that expresses a human’s capacity to find hope and joy even in the most difficult circumstances. And this resulted in the birth of jazz, America’s only original art form. Carole Boston Weatherford’s books are all exceptional. Both she and illustrator R. Gregory Christie are Coretta Scott King Honorees. Freedom in Congo Square is one of my (accurate) Caldecott picks. [picture book, ages 2 and up]

Like the lyrics to a song, Kathleen Cornell Berman captures Miles Davis’ young life as he discovers his true passion. He discovers the trumpet on his thirteenth birthday and faces racism when he is overlooked for recognition in his high school band despite his prodigious talent. The other kids might play louder but Miles has more soul. He finds his place in the emergence of jazz music. Studying at Julliard, Miles develops his own new sound that will go on to define a new era of music. Illustrations by Keith Henry Brown convey the uniqueness and looseness of Miles Davis’ sound. This book both entertains and educates … just like Miles Davis! [picture book, ages 8 and up]

When Paul Met Artie: The Story of Simon & Garfunkel by G. Neri, illustrated by David Litchfield

This is a chapter book disguised as a picture book biography. Each page spread is half text which I think is too much but the story that unfolds is delightful in capturing the musical duo’s serendipitous friendship that started in 6th grade. They are polar opposites on the school playground. But each values the other so a friendship is borne that blooms into their musical partnership destined for stardom, though it’s a bumpy ride to the top. Their rise also reflects the rise of the Civil Rights Movement, as their music becomes a voice for social justice. [advanced picture book, ages 9 and up]

Dizzy grew up with an abusive father, fighting himself, until the day he discovered the trumpet. It was like the trumpet could blow the anger right out of him. Even more, the trumpet was his ticket north to Philly and New York City where jazz was king. Right from the start, Dizzy was a clown on stage. He played unusual notes and clowned around with the band members in a way that they did not appreciate. But he made in mark in jazz by that very thing, his distinct sound and the courage to be different. He created jazz that was meant to be listened to, not dance to. He created a new kind of jazz: bebop! [picture book biography, ages 4 and up]

Duke Ellington: The Piano Prince and His Orchestra by Andrea Davis Pinkney, illustrated by Brian Pinkney

The rise of rock legend Carlos Santana was a slow one that meandered from instrument to instrument until he held his first guitar. Because English as his second language and his ancestry was both indigenous and Mexican, he had additional barriers. Inspired by those fighting for rights of migrant workers, he preserved in playing to search for his own sound. And when he found it, it reflected the music he had grown up with — blues, jazz, rock and roll,  and Afro-Cuban drums. His unique blend of influences reflected who he was, and defined a multicultural genre all his own. [picture book biography, ages 4 and up]

Carlos Santana: Sound of the Heart, Song of the World by Gary Golio, illustrated by Rudy Gutierrez

This is a more intimate look into Carlos Santana’s childhood and his complicated relationship with his father. On the one hand, Carlos idolizes his father and wants to be the musician that he is. On the other hand, Carlos’s musical muse is not the mariachi music of his father. Mariachi is not the blues. A gift of an electric guitar from his father sends Carlos on another path that fuses blues, rock and roll, and the sounds of Mexico. And, like his father, he makes music to uplift his audience. [picture book, ages 6 and up]

Cornelius Washington was a sanitation worker in the French Quarter who sang, danced and performed tricks as a “wizard of trash cans.” As a one-man parade, he kept the streets of New Orleans sparkling with joy. But when the hurricane hit, the destruction was overwhelming. Cornelius found his groove and rose to the occasion. With help from volunteers all over the world including author Phil Bildner, Cornelius inspired by his indomitable spirit. It’s the spirit of New Orleans: the energy, the magic, and the marvelous people. [picture book, ages 4 and up] 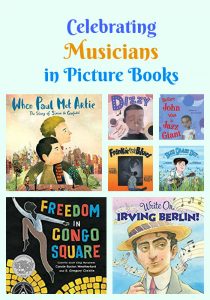