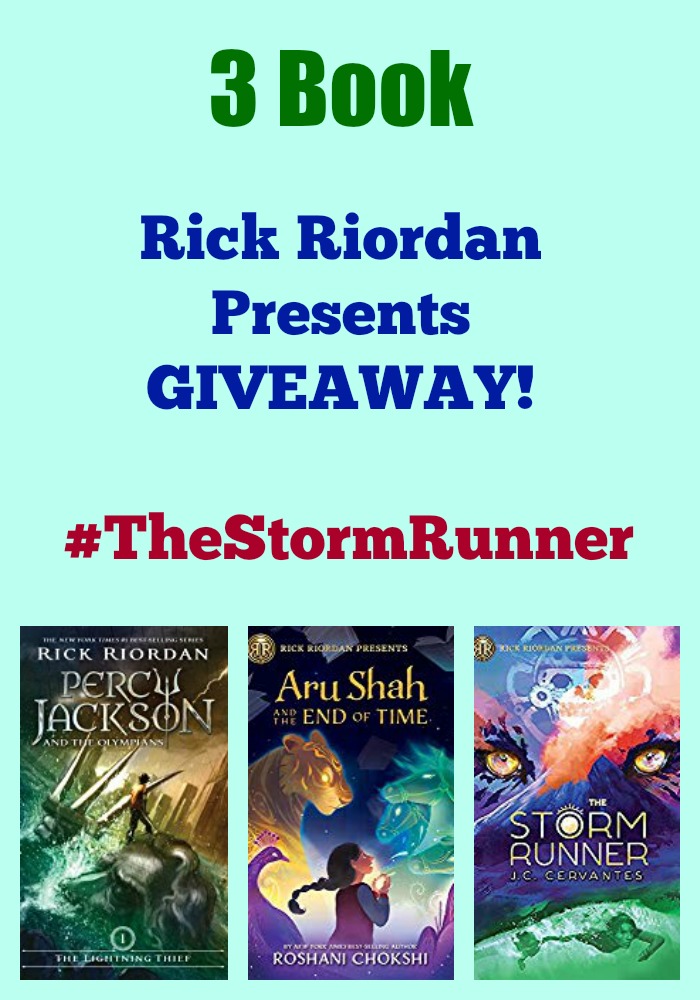 Disney Book Group is partnering with me for a giveaway!

My son and I are huge fans of Rick Riordan but even though he cranks out three or four books out a year, it’s not fast enough for us! It makes us happy that he’s created Rick Riordan Presents, an imprint through Disney Publishing that his editor runs. They are carefully selected diverse authors with similar mythology-meets-modern-day plotlines similar to Percy Jackson, but in this way, Rick Riordan can expand the landscape of mythology and increase the #OwnVoices with his huge social media presence.

The first series of Rick Riordan Presents was the Indian mythology series Aru Shah and the End of Time. We read it with trepidation because Rick Riordan’s combination of pacing, mythology and, most of all, humor, is hard to replicate. While we didn’t like Aru Shah as a character quite as much as the Riordan gang, we enthusiastically await the second installment.

Now, the second series is out and it’s about Maya mythology! We are really excited for this one! AND, we are giving away a 3 book Rick Riordan Sampler! To enter, please use the Rafflecopter at the bottom.

How can one boy with a limp stop the Maya god of death, disaster, and darkness from destroying the world?

Zane has always enjoyed exploring the dormant volcano near his home in New Mexico, even though hiking it is challenging. He’d much rather hang out there with his dog, Rosie, than go to middle school, where kids call him Sir Limps a Lot, McGimpster, or Uno – for his one good leg.

What Zane doesn’t know is that the volcano is a gateway to another world and he is at the center of a powerful prophecy. A new girl at school, Brooks, informs him that he’s destined to release an evil god from the ancient Maya relic he is imprisoned in–unless she can find and remove it first. Together they return to the volcano, where all kinds of crazy happens. Brooks turns into a hawk, a demon attacks them in a cave, and Rosie gives her all while trying to protect Zane. When Zane decides to save his dog no matter the cost, he is thrust into an adventure full of surprising discoveries, dangerous secrets, and an all-out war between the gods, one of whom happens to be his father.

To survive, Zane will have to become the Storm Runner. But how can he run when he can’t even walk well without a cane? [chapter book, ages 10 and up] In stores September 18, 2018

One (1) winner will receive a trio of introductory mythology tales from a variety of cultures, including:

To enter, fill out the Rafflecopter below. We can only ship to U.S. mailing addresses.

C. Cervantes is the author of Tortilla Sun, which was called “a beautiful and engaging debut” by Kirkus, an “imaginative, yet grounded novel” by Publishers Weekly, and “lean and lightly spiced with evocative metaphor” by School Library Journal. Tortilla Sun was a 2010 New Voices pick by the American Booksellers Association and it was named to Bank Street’s 2011 Best Book List. When Jennifer isn’t reading or writing, she helps her husband with his gubernatorial campaign.

Learn more about the book at ReadRiordan.com. 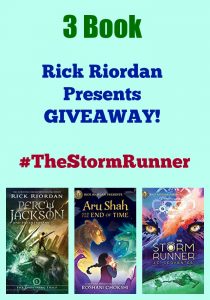