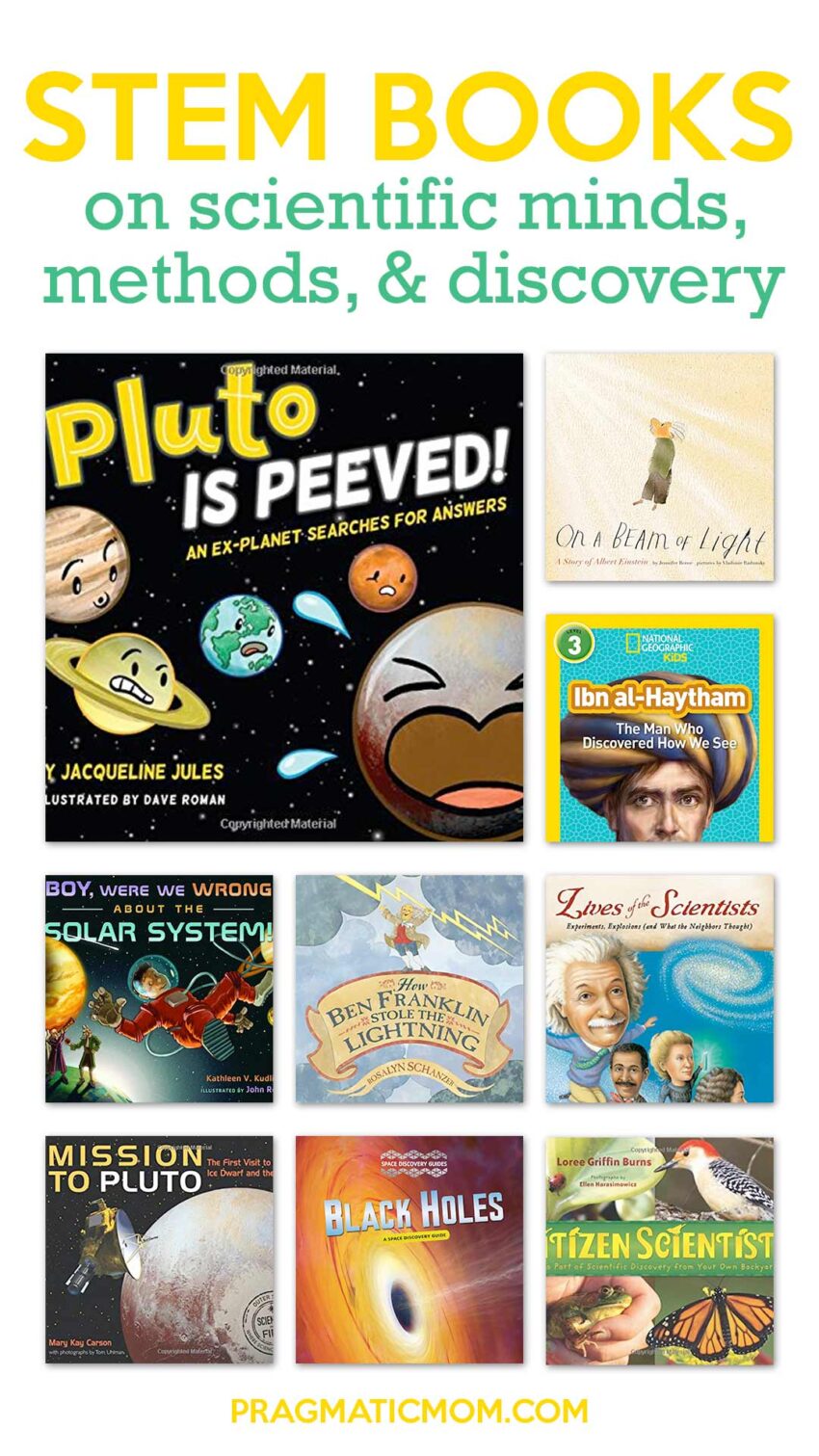 Please welcome my guest author today, Jacqueline Jules, whose book, Pluto is Peeved: An Ex-Planet Searches for Answers inspired this STEM book list. We are giving away a copy of Pluto is Peeved. Please fill out the Rafflecopter at the bottom to enter.

Pluto is Peeved: An Ex-Planet Searches for Answers by Jacqueline Jules, illustrated by Dave Roman

Pluto is peeved. And who can blame him? He was proud to be a member of the solar system’s nine planets, until Poof!, he was kicked out—and no one told him why. Now Pluto is on a mission to find out why he was expelled. While traveling through the science museum, he meets Earth, some wild-and-crazy germs, and a friendly dinosaur. It turns out that Pluto is not the only one whose life has been turned upside down by scientific discoveries. Illustrated in a comic book style, Pluto is Peeved! is a lively exploration of the scientific method, as seen through the eyes of one no-longer-angry ex-planet. [picture book, ages 6 and up]

Why did the International Astronomical Union reconsider Pluto’s status in 2006? They had a very exciting reason! Another round orbiting body had been found in the Kuiper Belt. This discovery prompted scientists to ask an important question. Would every orbiting sphere be considered a planet? The discussion led to a formal definition of the term “planet” and a new classification for Pluto, who had been considered the ninth planet in our solar system for over seventy years. Scientists are always asking questions. That’s how they learn new things. And in the process, they unlock mysteries and expand our understanding of the world. Here is a STEM list of books about scientific minds and methods from several scientific disciplines. I hope they will inspire budding scientists to passionately pursue their questions and make discoveries of their own one day.

On a Beam of Light: A Story of Albert Einstein by Jennifer Berne, illustrated by Vladimir Radunsky

This engaging picture book not only shares the blossoming of a brilliant mind but shows how curiosity and imagination are the essences of intelligence. Berne and Radunsky paint a loving portrait of the socially awkward child who grew up to develop the ideas which ultimately helped us build spaceships and satellites. [picture book biography, ages 4 and up]

Ibn al-Haytham: The Man Who Discovered How We See by Libby Romero

This National Geographic Kids Level 3 Reader gives us a chance to meet an Arab scholar many people should know more about. Ibn al-Haytham, a great thinker from medieval times, tested his ideas about eyesight extensively. He wrote the Book of Optics, a work many see as the first written presentation of the scientific method. [nonfiction easy reader, ages 6 and up]

Boy, Were We Wrong About the Solar System! by Kathleen Kudlinski, illustrated by John Rocco

How Benjamin Franklin Stole the Lightning by Rosalyn Schanzer

Remember when we didn’t understand how electricity worked? Benjamin Franklin’s experiments with electricity made people’s lives safer and improved our understanding of an energy form we now depend on for almost everything. Schanzer’s entertaining text and illustrations focus on Franklin’s many accomplishments as a scientist and inventor. [nonfiction picture book, ages 6 and up]

Lives of the Scientists: Experiments, Explosions, (And What the Neighbors Thought) by Kathleen Krull, illustrated by Kathryn Hewitt

Did you know that a woman named Grace Hopper pioneered computer science and developed COBOL, a widely-used programming language? Marie Curie, the woman who discovered radium and the winner of two Nobel Prizes was quoted as saying, “Be less curious about people and more curious about ideas.” In this collective biography, Krull reveals the major achievements and quirks of twenty scientists from diverse backgrounds. [nonfiction biography chapter book, ages 10 and up]

Mission to Pluto: The First Visit to an Ice Dwarf and the Kuiper Belt by Mary Kay Carson, photographs by Tom Uhlman

Carson’s compelling narrative provides a look at the team of scientists, including several women, who executed the first mission to explore the Kuiper Belt. The New Horizons spacecraft is scheduled to keep making discoveries until 2030. In the meantime, it has revealed, among other things, that Pluto is a geologically active world with fascinating landscapes. Photographs from mission control give the reader a sense of the emotional response as scientists see a long-awaited project succeed. [nonfiction chapter book, ages 10 and up]

How do scientists test theories about the universe? With clear text and numerous pictures, this book explains the development of ideas from Albert Einstein to Stephen Hawking, describing many of the instruments used to study data. Young readers will come away understanding why knowledge about black holes has changed so much and why it may continue to do so.  [nonfiction chapter book, ages 9 and up]

Did you think only grown-ups could do scientific research? Think again. With dynamic photographs of kids in action, this book describes several ongoing projects in which volunteers collect data for scientists to study. Scientists need help to count the number of birds native to particular areas. And they certainly can’t tag every Monarch butterfly flying to Mexico. Young readers will be inspired to know that citizen scientists (some of them kids) provide valuable information about a variety of creatures in the wild. [nonfiction chapter book, ages 8 and up]

We are giving away a copy of Pluto is Peeved. Please fill out the Rafflecopter below to enter. We can only ship to U.S. addresses. 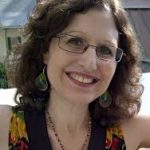 Jacqueline Jules is the award-winning author of 40 children’s books, including the Zapato Power series, the Sofia Martinez series, Unite or Die: How Thirteen States Became a Nation, Duck for Turkey Day, Never Say a Mean Word Again, Feathers for Peacock, The Hardest Word, and Pluto is Peeved. Also a poet, Jacqueline is the author of three poetry books. Her poems have appeared in over 100 publications, including Cricket, Cicada, Germ Magazine, YARN, The Poetry Friday Anthologies, and One Minute Till Bedtime. She lives in Northern Virginia, just outside Washington, D.C. Visit her at her website at www.jacquelinejules.com or connect with her on Twitter @jacquelinejules. 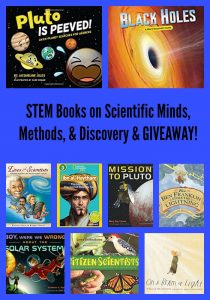