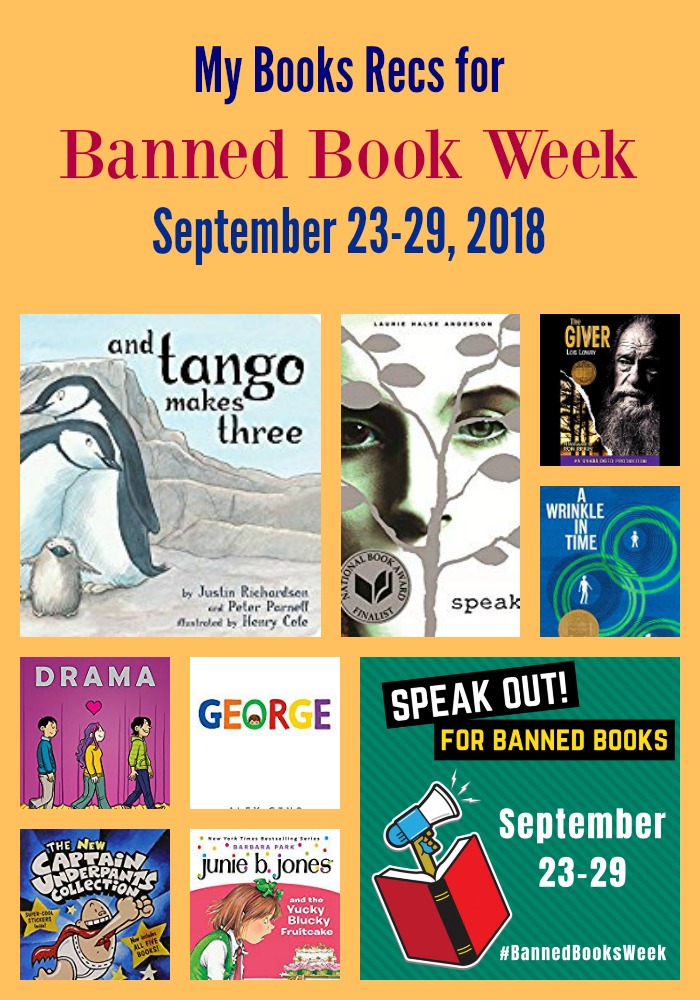 Banned Book Week starts on September 23rd. It’s the annual celebration of the Freedom to Read. It’s a week to speak out for banned and challenged books. 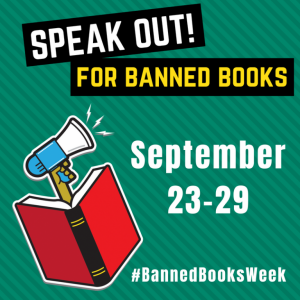 Here are the banned and challenged books that I recommend!

And Tango Makes Three is on my Understanding Transgender with LGBTQ Books for Kids lists. A true story from New York’s Central Park Zoo that illustrates that it only takes love, even in the animal kingdom, to make a family. The penguin house is home to two daddy penguins who adopt an egg and hatch a baby.  [picture book, ages 4 and up]

“Tango challenged some Americans’ ideas and assumptions about homosexuality, age-appropriateness of the material, and raised the thorny question about what makes a family. Since its publication by Simon and Shuster in 2005, And Tango Makes Three has topped the ALA’s 10 Most Challenged Books List between 2006 and 2010.”

Animals acting compassionately is not unusual. I also recommend Owen and Mzee as a companion book to And Tango Makes Three. Recently, there is also a news story about Beluga whales adopting a lost Narwhal.

Sex is a Funny Word: A Book About Bodies, Feelings, and You by Cory Silverberg and Fiona Smith

This book is a great a tool for talking with children about a range of topics including the word “sex”, bodies, crushes, consent, and more. Written and illustrated in a playful, engaging, and empowering way, it is inclusive of many types of diversity. [comic book, ages 7 and up]

‘It landed in the number six spot after would-be censors trotted out the specter of sex education fueling interest in the act by claiming that the book would make children “want to have sex or ask questions about sex.”’

While it’s true that many of my mom friends think Junie B. is too fresh, and some teachers object to the grammatically incorrect language, it’s also true that this series is hilarious, snot-coming-out-of-your-nose funny. I have read most of the series with my two daughters when they were in first, second and third grade. These two are standouts for me. [early chapter book series, ages 6 and up]

“It may be hard to believe, but many concerned teachers and parents protest the series because of its use of bad grammar and language, the decisions Junie B. Jones makes, and some of the messages the books send. Barbara Park even showed up on the American Library Association’s list of ten most frequently challenged authors of 2004 due to these kind of opinions.”

I have George on my 10 Groundbreaking LGBTQ Children’s Books and Understanding Transgender with LGBTQ Books for Kids lists.

A coming out story of a boy who identifies as a girl. He really wants to play the role of Charlotte in the school’s play Charlotte’s Web and hopes by doing so, his family will realize and accept that he’s really a girl inside a boy body. [chapter book, ages 8 and up]

“Some have found the content of the book offensive because the book’s young protagonist is transgender. The book appeared in the number five slot on ALA’s top ten challenged books for 2017, and it was also included on the 2016 list.”

My son learned to read independently thanks to Dav Pilkey. I have his books on numerous lists including my son’s 5th Grade Books from 5th Grade Boy recommended reading list.

When Smart Fart explodes a piece of zygo-gogzille 24, it falls in the group-therapy ward in Piqua Valley. Mr. Meaner eats it and turns extremely smart. He then makes a spray that makes kids do whatever adults want. [graphic novel, ages 6 and up]

“According to the American Library Association, Pilkey’s Captain Underpants series was explicitly banned in some schools for insensitivity and being unsuited to age group, as well as encouraging children to disobey authority.”

I have Drama on my 19 Graphic Novels for Feisty Girls list.

“Drama has been on the hit lists of a number of would-be censors, who claim the book is offensive because it includes LGBTQ characters. Drama held the #3 spot on ALA’s top ten challenged books list in 2017, and it also had the dubious honor of appearing on the 2016 list for offensive political viewpoint and the 2014 list for being sexually explicit.”

I don’t object to the book as being offensive; I find the author, Sherman Alexie, offensive for sexual misconduct. While my kids read this book as part of their 6th grade English class, I suggest talking about sexual misconduct and what he did with your kids.

“Sherman Alexie’s National Book Award-winning The Absolutely True Diary of a Part-Time Indian has appeared on ALA’s top ten challenged books list six times since its 2007 publication. In 2017, it held the #2 slot on the list due to challenges based on profanity and situations that were deemed sexually explicit.”

A Wrinkle in Time by Madeline L’Engle

My kids never got into A Wrinkle in Time series and that’s a shame because it was one of my favorite books as a child. It made science interesting to me for the first time, and the strong female characters in the book series was also a revelation. [chapter book, ages 8 and up]

“The novel possesses a lot of fantastical elements — including the Happy Medium and their crystal ball, along with the mysticism of the three Mrs. W’s — making it a popular target among conservative Christians, who often campaign against content containing magical elements from being taught in schools or libraries. Additionally, conservative Christians have been critical of L’Engle’s depiction of religion — specifically the implication of Jesus not being a supremely divine individual. Controversially, a passage in the middle of the novel seemingly equates Jesus with figures like Einstein, Buddha, Gandhi, and Da Vinci. At one point in the novel, the three Mrs. W’s explain to the children that others before them have fought the looming darkness — naming the famous religious and creative beings alongside Jesus, to the outrage of conservative Christians.”

The Giver by Lois Lowry

My middle daughter, PickyKidPix, is extremely picky about the books she reads. She loved The Giver series during a time when it was very hard to get her to read anything! It is assigned reading for her entire 6th grade.

I think The Giver was one of the best books I have ever read. I read this book in two days and that is very unusual for me but this book was so good. I saw the new movie trailer and they totally messed up the story in the movie but I still want to see it. The Giver is about a community that’s perfect and when a child turns twelve, they are assigned a job that is perfect for them. And The Receiver receives all memories that are nice and painful and the main character in this book is chosen to be the new receiver and he finds out that his community is not perfect.

“Since its release in 1993, The Giver has been one of the most controversial books in American schools. Between 1990 and 1999, The Giver ranked 11th on the list of the books most frequently requested for removal. The most frequently cited reasons to challenge The Giver have been “Violence” and claims that the book is “Unsuited to [the] Age Group”—or in other words that it’s too dark for children.”

Again, PickyKidPix would defend Laurie Halse Anderson as one of her favorite and important authors during her middle school years. This one is about rape. [young adult, ages 12 and up]

2010 – Missouri – Parents of Republic School District were cautioned by assistant professor of management at Missouri State University that the book was “soft-pornography” and “glorifies drinking, cursing, and premarital sex,” as well as teaching principles contrary to the Bible. 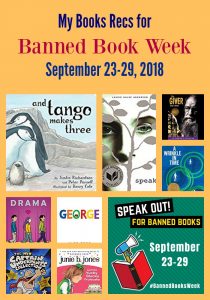