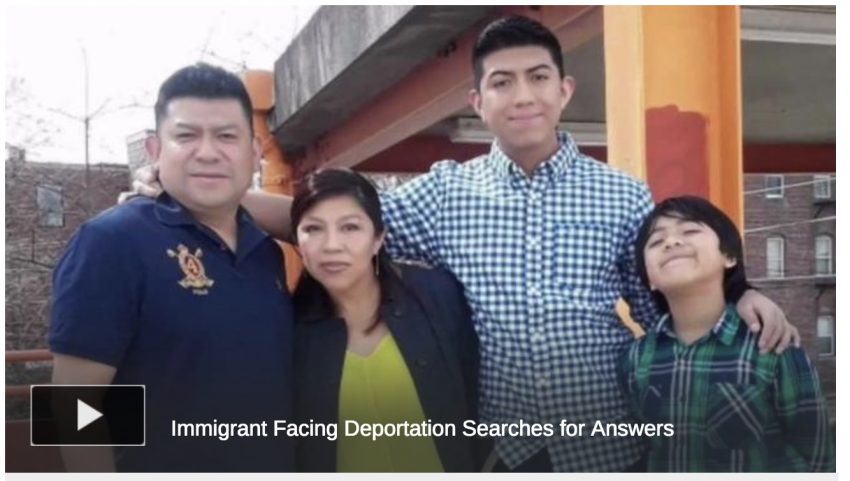 Last night, my daughter who just graduated from high school told me about her friend Roberto. They have been friends since 6th grade. Roberto is supposed to attend U Mass Boston this fall, but now things are up in the air.

Roberto’s mother is fighting cancer. Roberto and his younger sibling are born in the United States but they are still too young to sponsor their father.

We feel enraged and helpless. We want to help Roberto and his family. These are some of the ways to help:

Donate: There is a GoFundMe account for Roberto’s family.

UMass Boston: If anyone has contacts at UMass Amherst, perhaps there is a way for Roberto to study abroad in Guatemala with a full scholarship so that he can stay near his family. Roberto intends to stay with his family and won’t be able to pay for college when his father is deported. 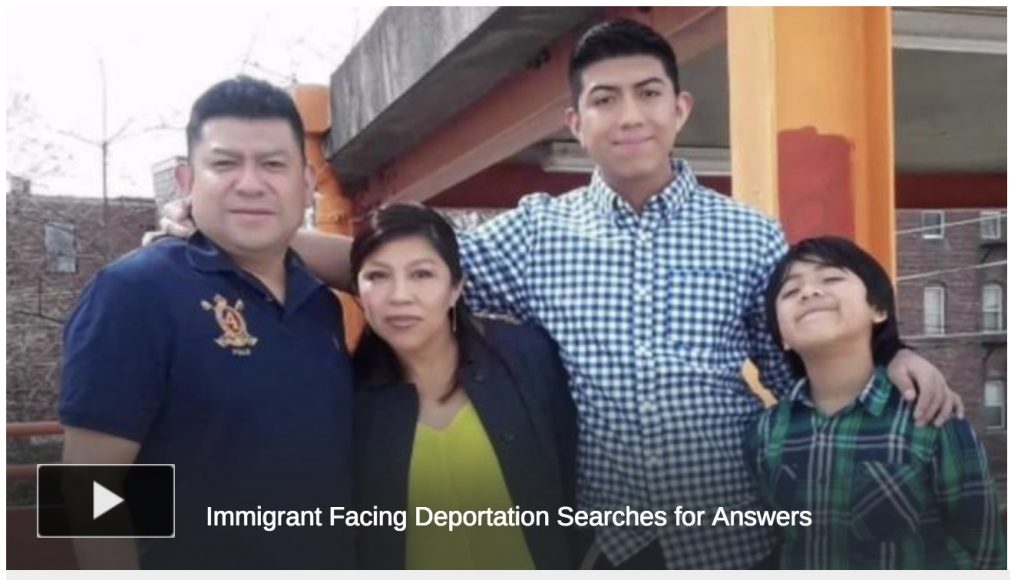 My daughter’s interview with Roberto:

On May 3rd, 2018, I conducted my 7th interview that I needed for a school project on race and ethnicity. I spoke to my friend Roberto, a pal from middle school, who I hadn’t said more than a passing “hello” to for the past 4 years. We ended up chatting for an hour. His openness, genuine kindness, and devoted love of his family continue to amaze me. As of July 24, his father is being deported back to Guatemala.

Here is the interview:

Q: How is stereotypical American culture different than your culture at home?

A: Family comes first. My parents are, I wouldn’t say strict, but like, family matters a lot more in Latino culture than in American culture. I hear people walking in the halls talking about how, like, “they snuck out of the house and their parents caught them and grounded them”, and I think to myself that I can’t imagine myself ever doing that. I respect my parents a lot, so it’s really difficult to relate to that. I would like to see people respect their parents more and be grateful for what they have, especially in this community, especially in Newton.

Q: Do you think your parents are good examples of the American Dream?

A: My parents came here for a better opportunity because there was no home in Guatemala, and at the time there was violence and murder happening. They are great examples of the American dream. My dad has been working for all his life, he pays taxes and doesn’t break the law. His goal is to get a house and get land here. They came here looking for a better life, looking to start a future.

Q: Do your parents wish they could visit Guatemala?

A: My parents wish they could visit family. My dad could leave to visit, but then he wouldn’t be allowed back into the country. Right now, he has a workers permit which allows him to stay here. He’s working on getting his citizenship right now, but it costs so much money, and it sucks. Both my parents are not citizens, but me and my brother are. It definitely makes me nervous that they’re not full citizens yet, because at any time, if one of them is deported, there isn’t any way for us to stay here. Right now the biggest thing is that my dad’s workers permit expired so he had to renew it. There’s always a chance that they could randomly not renew it. We had to get a ton of paperwork together. He has to pay for a lawyer to be with him through the whole process, which is expensive. If anything goes wrong, they can just detain you right there, so it’s better to have a lawyer present. Right now, my dad is spending so much money with the lawyer, trying to further his workers permit situation. When he’s a citizen, he won’t have to worry about that. (edited for length and clarity)

At a time when he should have been only excited about graduating, Roberto was weighed down by the possibility of his dad being taken from him.

In addition to his father being deported, his mother is battling brain cancer, and is receiving treatment at Boston medical facilities.

DONATE TO HIS GO FUND ME: Keep this great family together.

Even if you don’t know him personally, please consider donating to his family in their time of need. Hopefully, from his words, you can understand that he and his family are good, hardworking people, who came to the US with a vision of hope. Please help my friend.

7 thoughts on “His mom has cancer. His dad’s green card renewal was denied. He lives in my town.”