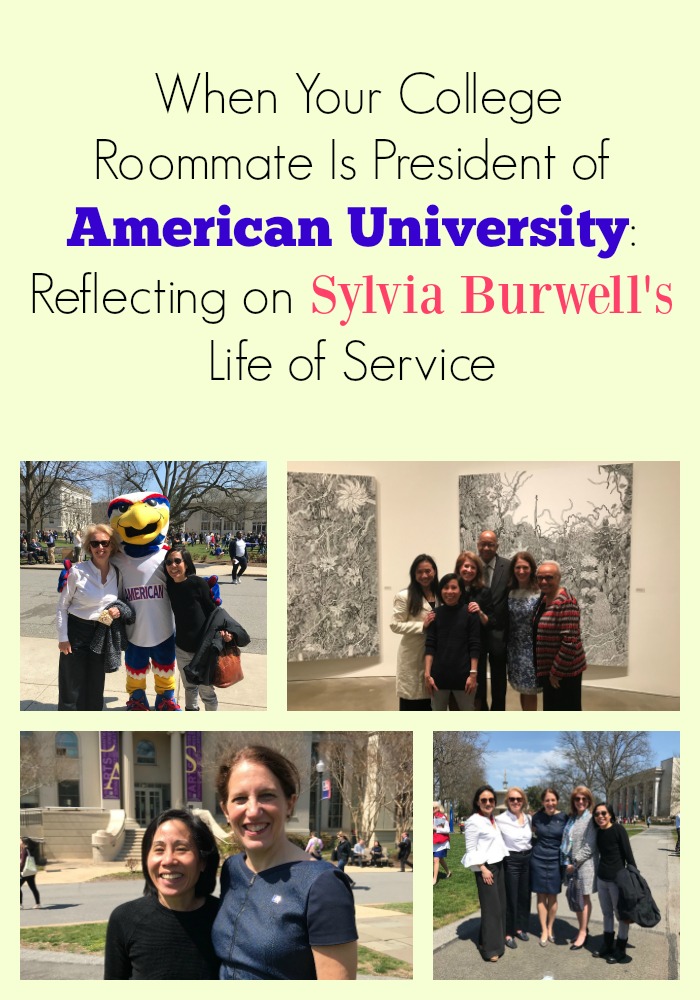 I’m so proud of my college roommate, Sylvia Mathews Burwell. She has the most impressive resume of anyone that I know: Rhodes Scholar, McKinsey Consultant, Deputy Chief of Staff for President Clinton, Gates Foundation Executive, U.S. Secretary for Health and Human Services for President Obama. 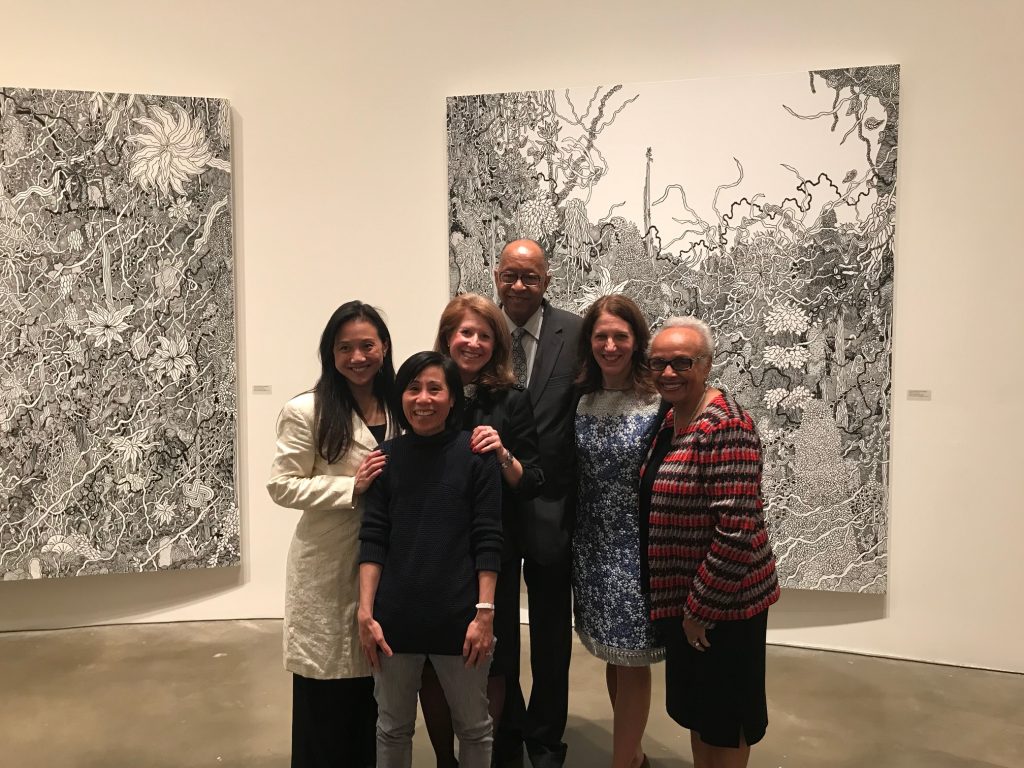 Here are a few things that are surprising. She never had a career plan. She would herself admit that she wasn’t the smartest person in college, but she possesses exceptional social-emotional skills.

This latest phase of her career is as American University’s President and I was honored to be invited to her inauguration. It was a chance to catch up with old friends and make new ones. It was also a time to reflect.

Perhaps it sounds ghoulish, but when do people talk about your life and reflect on your impact? Isn’t it typically at your funeral? An auguration is a time for reflection on past accomplishments that got Sylvia where she is today, and a chance to look forward as well. And there is no death involved which is nice.

There is that other aspect of reflection too which is taking a hard look at one’s own accomplishments. It’s pretty hard to compete with Sylvia’s but to each her own lane (which is very anti-Asian American Tiger parenting influenced!). Still, the message a call to service to help her community shaped her life, her career choices and who she is as a person resonated with me that perhaps I should be upping the ante in the service department. It’s not a bad reminder. 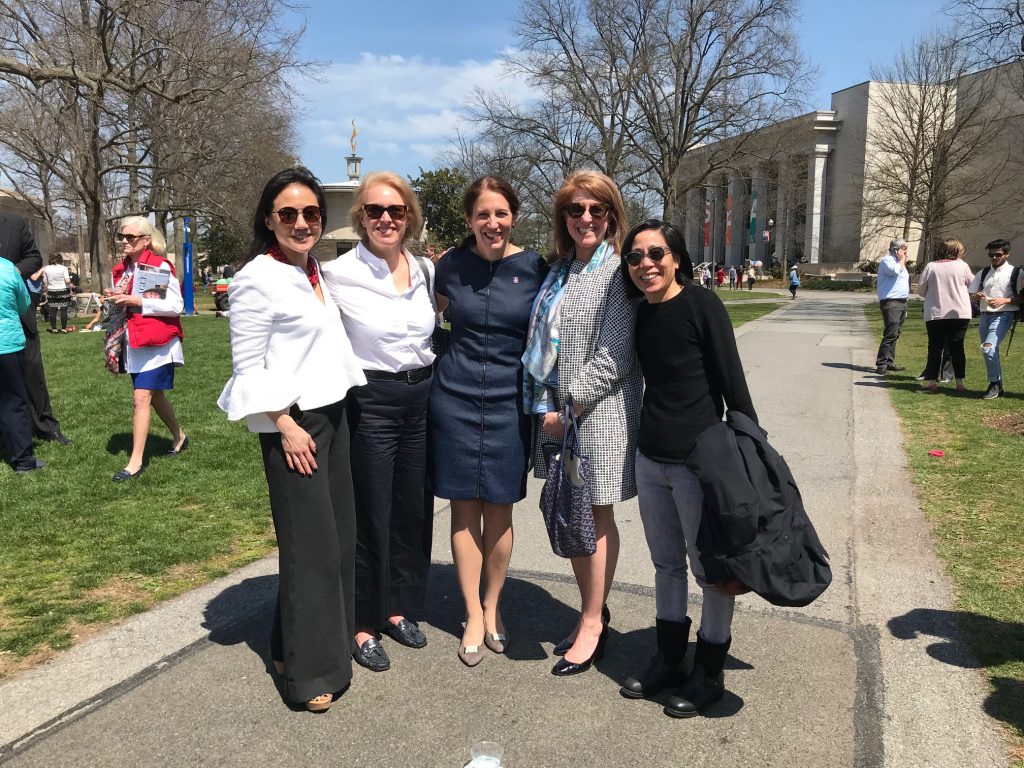 Sylvia’s speaker list is a Who’s Who of service. It’s a pretty intimidating list of accomplished people but what is special about Sylvia is how friend claims a piece of her heart forever. Her loyalty and love is not about resumes or even driven by how good you are keeping in touch. She always has a place for you. 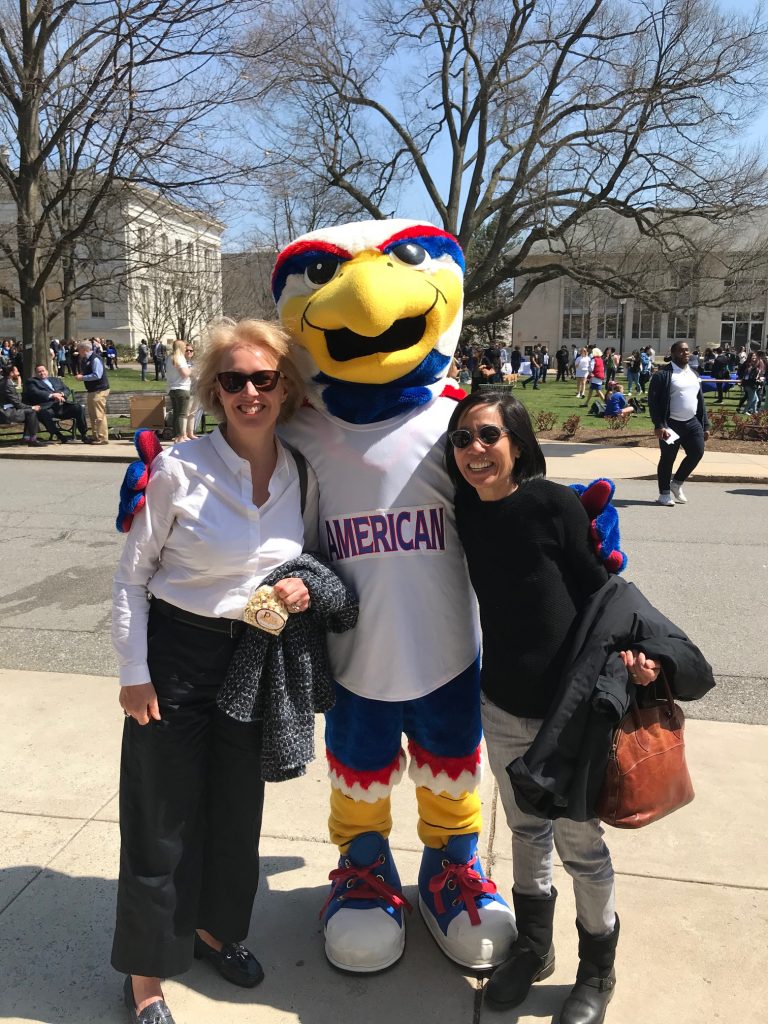 I thought the speech that  Dr. Atul Gawande gave was the most illuminating about who Sylvia is as a person. He covers how they met (Rhodes Scholars, Clinton presidential campaign, Clinton administration, and what they had in common (both from small towns in Appalachia, both seeing the world for the first time, both have a deep desire to serve.). I recorded the speech in 3 parts. Part 1 is below. Part 2 and Part 3 are on my YouTube.

I’m so glad that I went to Sylvia’s inauguration. While my life was never centered around service growing up. My father had Parkinson’s Disease and that impacted our family’s life when he had to retire early due to disability. The loss of family income and the daily care he needed was the new reality. 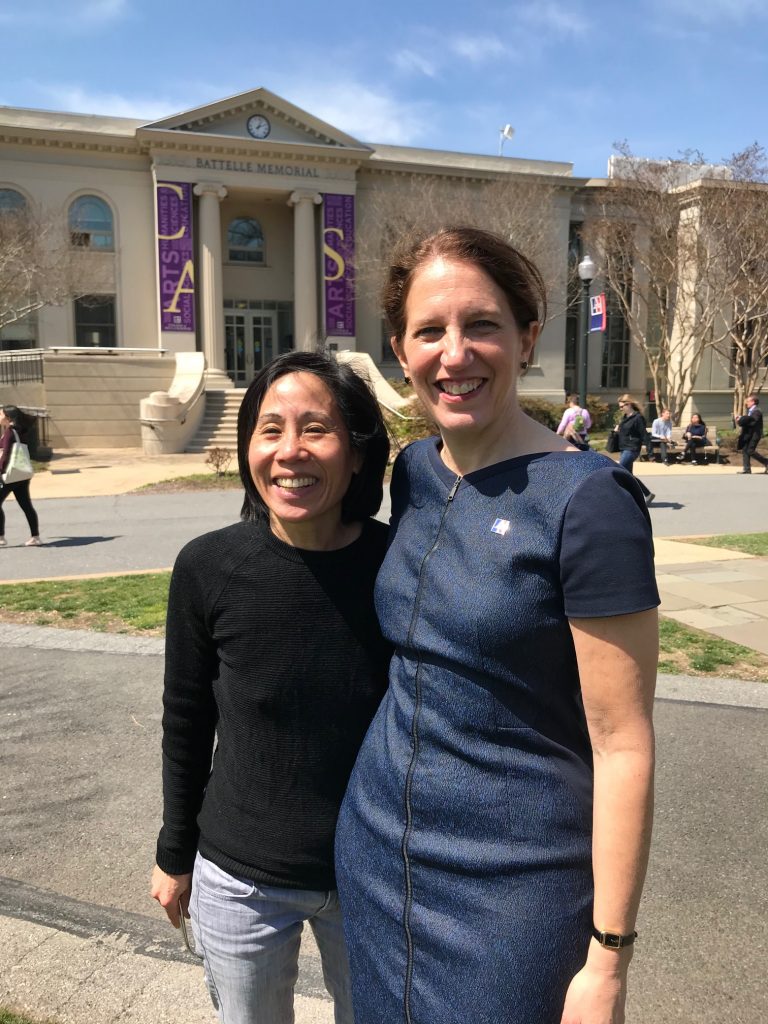 Still, Sylvia reminds me that it’s never too early or too late to give back to your community and to instill this in your children. In her case, it informed all of her life’s major decisions. As a country, we are better for her dedication. And I am, as a person, better for knowing her.