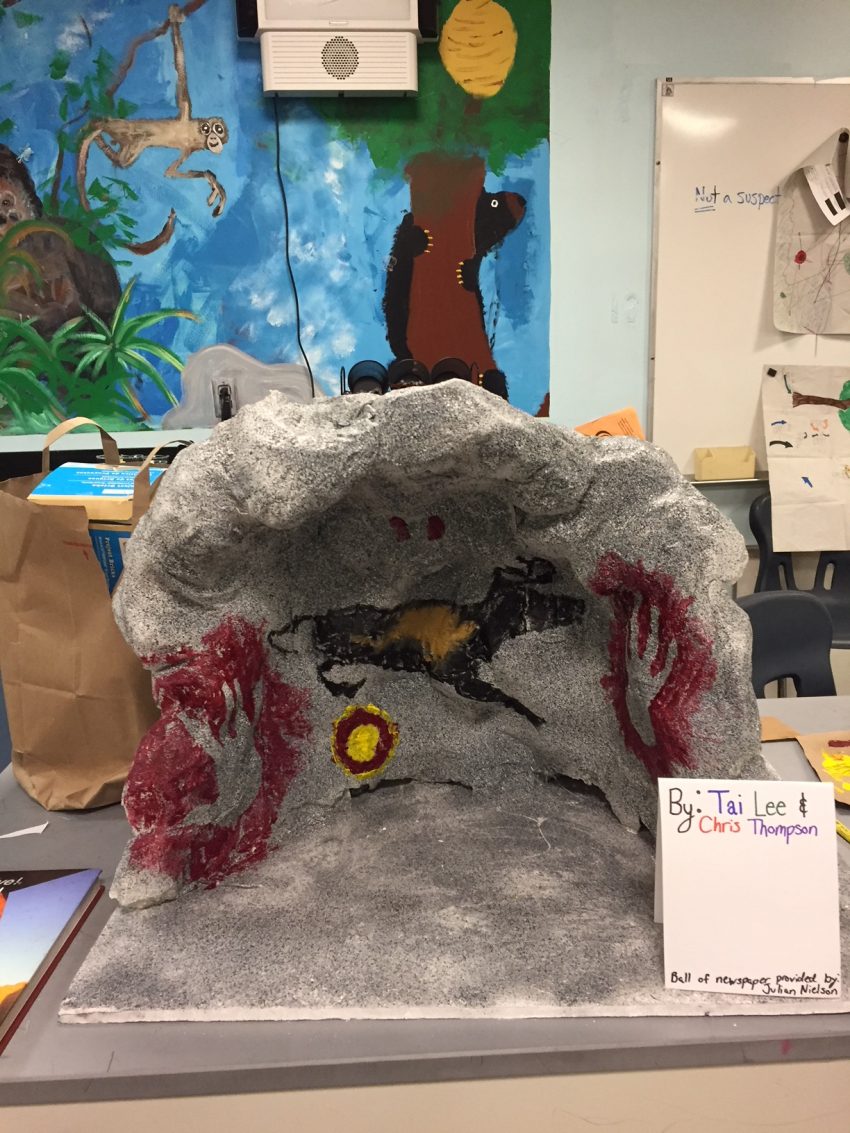 On Monday, my son’s 7th grade class began work on their Ancient Feast museum artifact projects. The Ancient Feast has been a tradition at F. A. Day Middle School for 36 years. 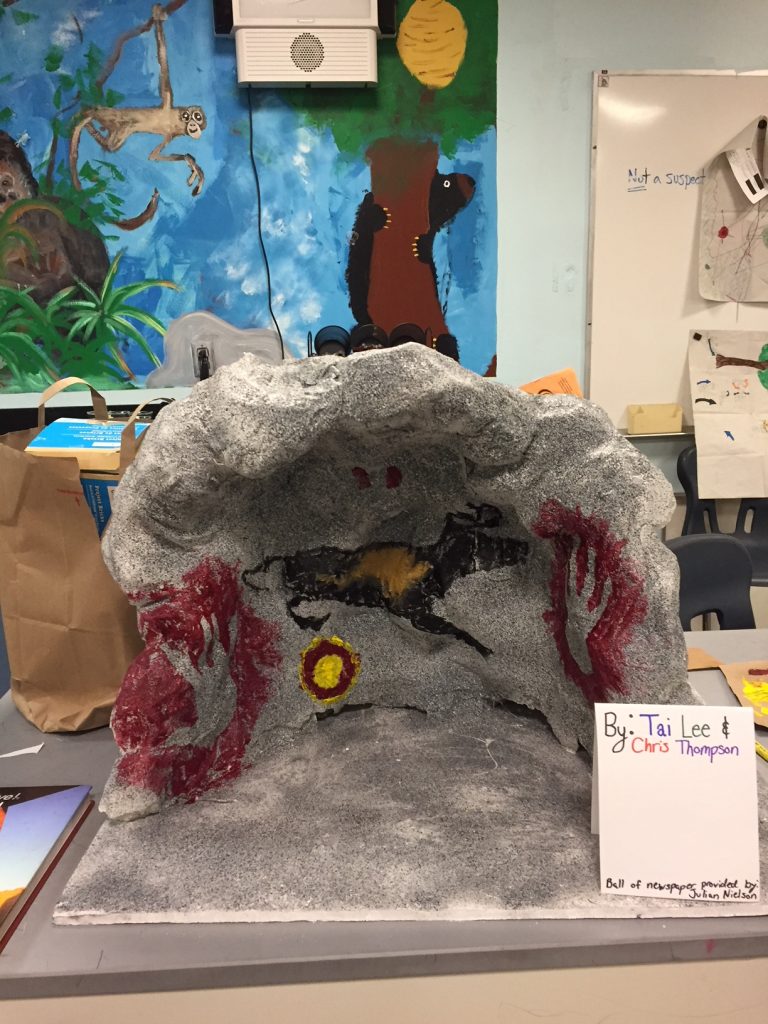 Thus far, students have created project proposals, researched information, and wrote paragraphs. Students were asked to think about how projects would be created and what materials were needed.

My son and his friend Chris decided to create a cave with prehistoric paintings. They used newspaper, plaster wrap, spray paint and acrylic paint for this project. In all, the parents took three trips to the craft/art store for supplies. It took them a week to make this.

The prehistoric people used their handprints as a way to “sign” their paintings which they demonstrated on their project.

My son and Chris hope to win the Prehistoric Category Prize!

p.s. PickyKidPix’s 7th grade project is here. She built a Mesopotamian throne out of wood. 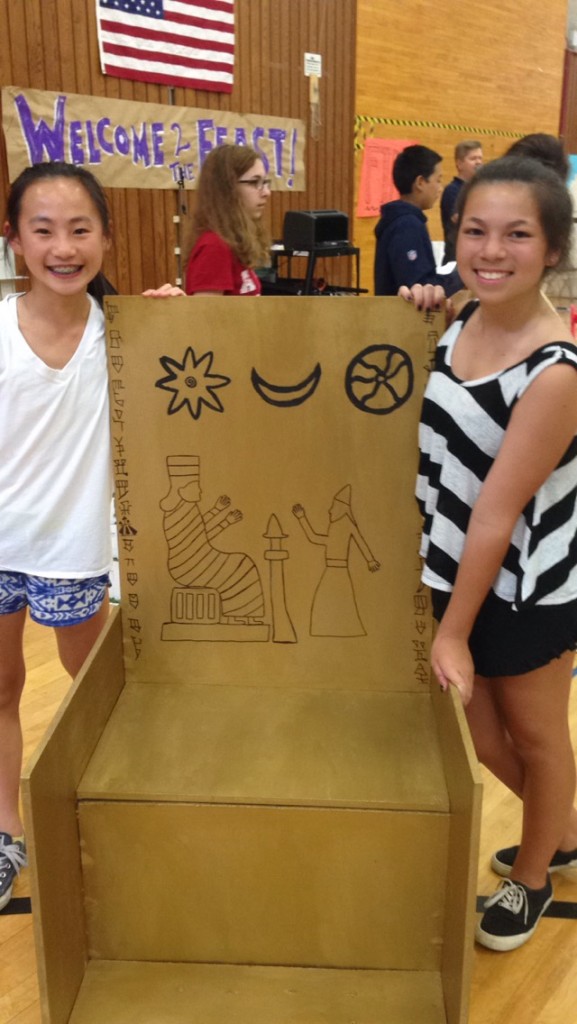 I never saw Grasshopper and Sensei’s 7th grade project. She and two friends sewed a Roman Toga dress which one of them modeled.

p.p.s. My son and his friend won the Prehistoric Category with their Cave Art Project! 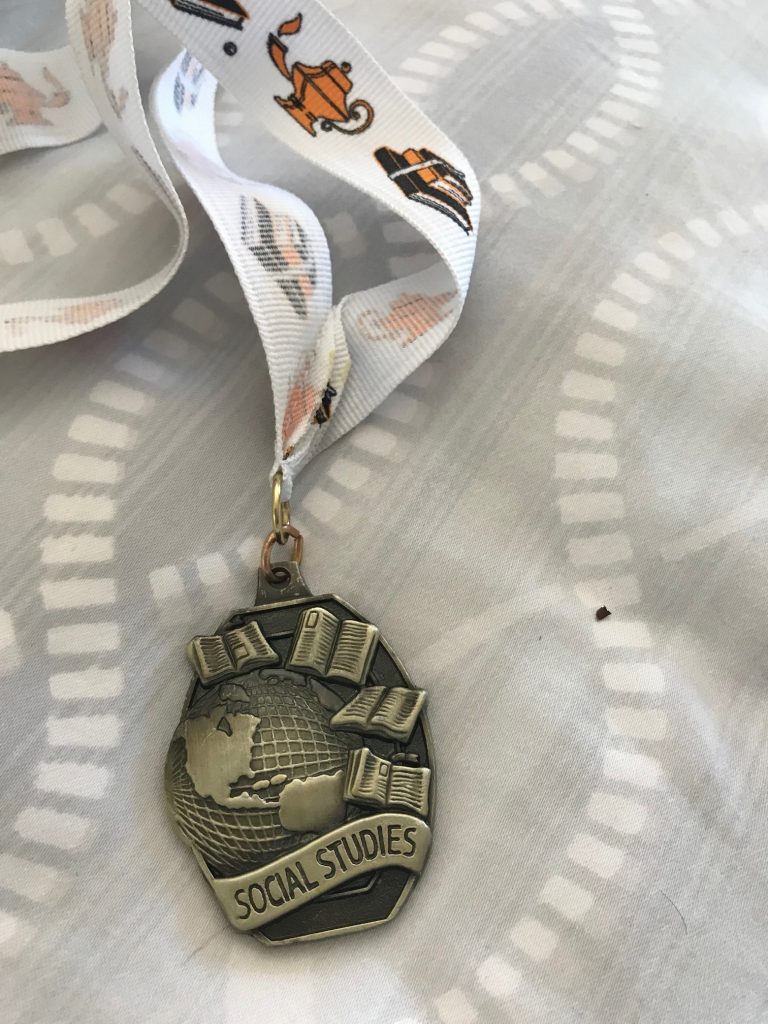