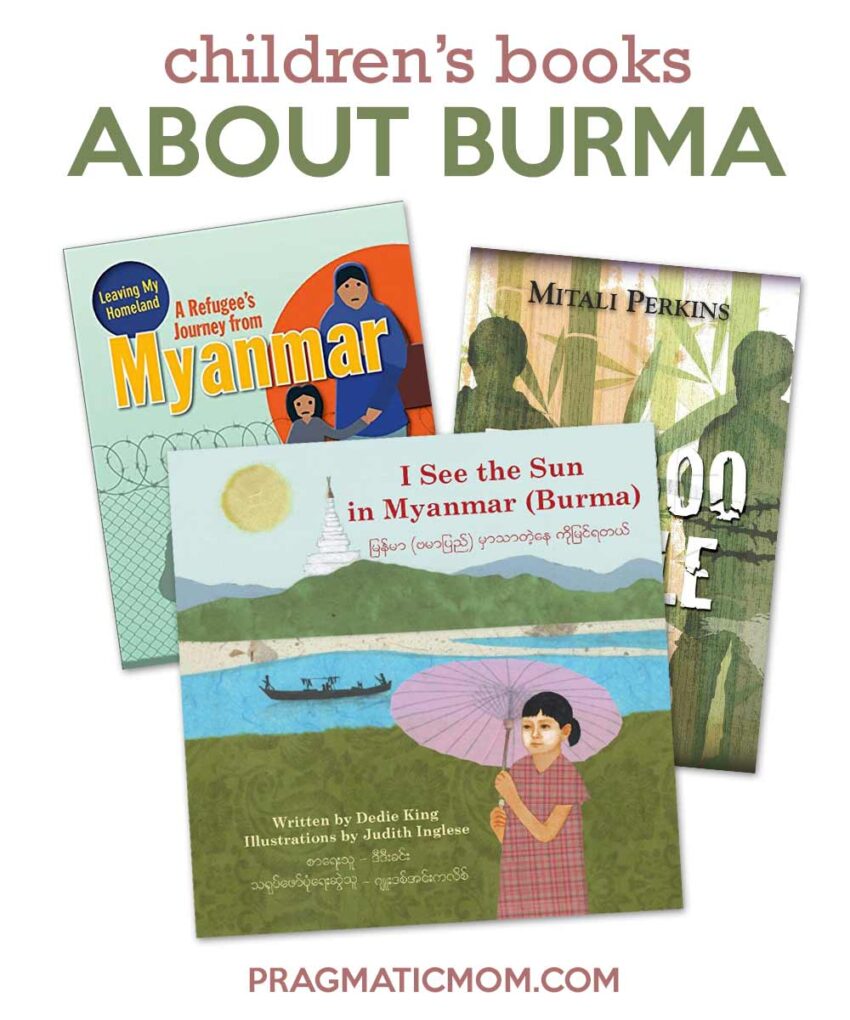 Learn about Myanmar (Burma) with these wonderful Burmese children’s books! Includes resources for kids activities to do, too!

A teacher left a comment on my blog that she was looking for children’s books about Myanmar and Thailand for the children in her classroom who have recently immigrated from those countries. This list is for her. My Thailand children’s book list is coming soon. 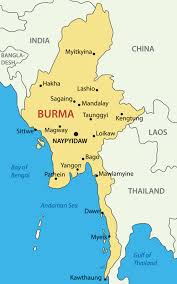 I’ve searched but I’ve only found a handful of books suitable for a classroom read aloud to teach kids about their classmates’ home country. Can you help me out with your suggestions? Thanks so much!

p.s. I have another post on Burmese culture here: Burma or Myanmar for Kids Though Books and Activities. 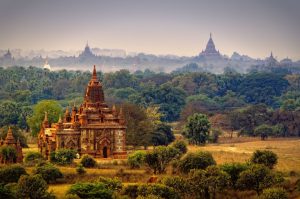 I See the Sun in Myanmar by Dedie King, illustrated by Judith Inglese

This is a wonderful bilingual picture book series that follows the day in the life of a family in various countries. In Myanmar (previously known as Burma), a young girl starts off the day by reciting verses of kindness that reflect the influence of Buddhism in her life.

She shares food with the monks who pass by her house on their daily alms walk. It is considered an honor to give the monks food. Her mother is a nurse and she accompanies her to work. The endnotes provide more information about Myanmar including its history and current political climate. [picture book, ages 6 and up]

A Refugee’s Journey from Myanmar by Ellen Rodger

In light of recent atrocities to the Rohingya people, I’ve included this nonfiction book that centers around the plight of this Muslim minority group. While it’s probably not the most riveting read-aloud, there are several stories of refugees told from the perspective of a child that covers a two-page spread.

You could pick and choose pages from this book to use for a riveting and moving classroom read-aloud. [nonfiction picture book in chapters, ages 8 and up]

A refugee and child soldier challenge the rules of war in this coming-of-age novel set against the political and military backdrop of modern-day Burma.

Chiko isn’t a fighter by nature. He’s a book-loving Burmese boy whose father, a doctor, is in prison for resisting the government. Tu Reh, on the other hand, wants to fight for freedom after watching Burmese soldiers destroy his Karenni family’s home and bamboo fields.

When Chiko is forced into the Burmese army and subsequently injured on a mission, the boys’ lives intersect. Timidity becomes courage and anger becomes compassion as both boys discover that everything is not as it seems.

Mitali Perkins delivers a touching story about hopes, dreams, and the choices that define who we are. [young adult, ages 14 and up]

Reading about war and its effects on children gives me nightmares, so I am posting this review from PaperTigers.org:

“This fascinating story shines a light on the desperate situation of those affected by current Burmese policies and will help educate young readers about that situation in particular and the vagaries and confusion surrounding conflict in general. The characters, Perkins’ first male protagonists, are very thoughtful, easy to engage with, and surprisingly similar … This juxtaposition is absolutely brilliant and illustrates the point that war makes enemies out of people who, in a different context, would become the best of friends.” — PaperTigers.org

“In 2012, Samira and her family are members of the Rohingya people. Because of the oppressive government in Myanmar (or Burma, as her family prefers to call it) that denies citizenship to Rohingya, Samira’s family undertook a treacherous journey at a great personal and emotional cost to come to Bangladesh. Her father now works on a shrimp boat, her brother at a hotel, and Samira sells hard boiled eggs on the beach. Samira misses her friends back home, as well as her grandparents, and would really like to go to school. Her father tells her that even if they did have the money, they would send her brother, because “only boys can change a family’s fate”. The family did not find a place in the local resettlement camp, so are considered unregistered, and experience a lot of discrimination from local people who feel that immigrants are taking jobs and opportunities away from native Bangladeshis. While on the beach, Samira meets other girls who become her friends. Aisha also is a refugee, sells jewelry on the beach. and lives with just her grandfather. She is very quiet about her own story. Nadia’s brother Tariq is friends with Samira’s brother Khaled. Rubi’s mother is a seamstress, and Maya sells chips. Samira is enthralled when her brother and Tariq are surfing, but she is afraid of the water because of her family’s journey. Khaled offers to teach her to swim, and also teaches her some English that he is picking up at the hotel. Eventually, Samira gets brave enough to try surfing, although it is a lot of work to become good at it. When a local contest with a cash prize is announced, Samira wants to enter, even though her family doesn’t want her swimming because of their faith. Sure she is going to help her family in this way, Samira persists, but when she is not allowed to enter the contest, will her persistence pay off?” [middle grade, ages 8 and up]

“Things did not go well when Peak, Alessia, and Ethan were climbing Hkakabo Razi in Tibet; Peak almost perished in an avalanche, Alessia got malaria, and Ethan had to have emergency brain surgery. Peak is the only one who still needs to get out of the country, and is with his father, Josh, as well as Zopa, the deeply spiritual climbing guide. The problem with making it out of Tibet? Josh and Zopa are wanted by the Chinese government and are being trailed by Sgt. Shek,  who is determined to get them. When he hunts them down in a hotel, the group escapes with the help of hotel employee Norbu, who is really from the Pemako monastery. He manages to help the group get to a remote location, where they hunker down trying to wait and see what Shek will do. Peak finds life at the monastery pleasant, so waiting for Zopa to come back and advise them is fine. The monastery is well supplied with food from nearby farms, and Peak is interested in the “lama roosts” around the property, where people live separated from society to meditate. The monks send food and supplies up to them in baskets, and it is thought that having these ascetics keeps the monastery safe. Peak manages to rescue one, the mother of Dawa, when she becomes ill. Unfortunately, Josh (who is learning to read and write) breaks both of his legs, which puts the group at a disadvantage when they are trying to escape Shek. Norbu pretends to be Josh, and they take off on a death-defying journey to escape into Myanmar. Will Peak finally be able to make it home to New York City and his mother?” [young adult, ages 12 and up] 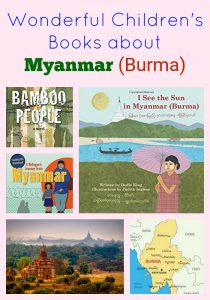 Books For Kids About Cambodia (ages 4 to 16)

Exploring Laos with Books for Kids, Culture and Art