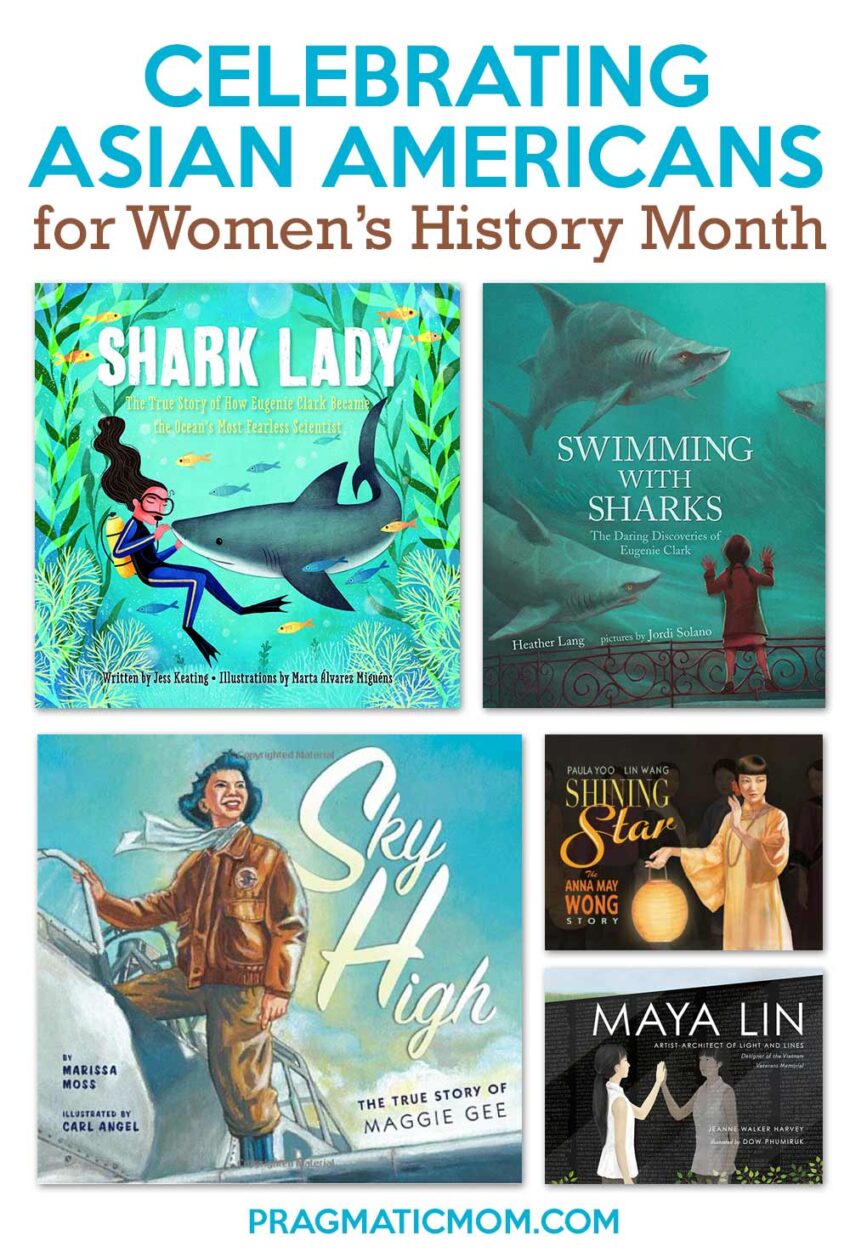 Every March, I scratch my head to recognize Asian American and Pacific Islanders in children’s books for Women’s History Month. Here’s my (too short) list. Who am I missing? 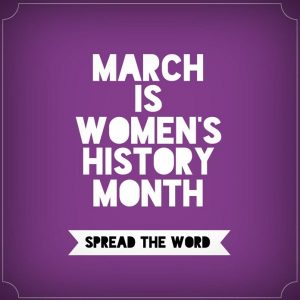 Liliuokalani: The Last Queen of Hawaii by John MacGregor, illustrated by Pamela Johnson

Learn about the history of Hawaii and how it was taken over by the United States. [nonfiction, ages 8 and up]

Anna May Wong was the first Chinese American movie star, and the first Asian American actress to gain international recognition. Despite facing racism in 1920’s Hollywood, her career  was long and varied and included silent and sound film, television, stage and radio.

She rose from humble beginnings growing up in Los Angeles’ Chinatown where her family ran a laundry business. Breaking into Hollywood was especially tough for an Asian American woman, and she took what little roles were offered to her to get started including those that included yellowface and Anti-Asian stereotyping. In 1929, her role as a dancer in Picadillymade her a star in Europe. She vowed never to take roles that demeaned Asians again, even if it meant limited work opportunities. [picture book, ages 8 and up]

Swimming with Sharks: The Daring Discoveries of Eugenie Clark by Heather Lang, illustrated by Jordi Solano

In the 1930s, few people studied the ocean and none were women. At 9 years old, Eugenie Clark dreamed of studying sharks and went on to get a master’s degree in zoology. She became the first person to study sharks in their natural habitat. Her research shed new light on sharks; they were intelligent creatures, not voracious killers. She experienced discrimination as a woman and racism as a Japanese American, but she never let it slow her down. She passed away in 2015 at the age of 92, still researching and diving the depths of the ocean! [picture book biography, ages 5 and up]

Shark Lady: The True Story of How Eugenie Clark Became the Ocean’s Most Fearless Scientist by Jess Keating, illustrated by Marta Alvarez Miguens

Eugenie Clark fell in love with sharks from the first moment she saw them at the aquarium. She couldn’t imagine anything more exciting than studying these graceful creatures. But Eugenie quickly discovered that many people believed sharks to be ugly and scary―and they didn’t think women should be scientists. [picture book biography, ages 4 and up]

Maggie dreamed of flying–just like her favorite pilot, Amelia Earhart. She told her brothers and sisters stories of flying across oceans and deserts, and all around the world. But in the 1920s and 1930s, few girls took to the sky.

Then, when Maggie grew up, her whole world changed overnight: the United States entered World War II, and everyone in her family was affected. Maggie knew that this was the time to support her country–and it was her chance to fly. Young Maggie Gee became one of only two Chinese American Women Airforce Service Pilots to serve in WWII.

Based on the true adventures of a girl not bound by gravity, Marissa Moss’s stirring story and Carl Angel’s brilliant illustrations depict what determination, bravery, and boundless possibilities look like when dreams are allowed to soar sky high. [picture book, ages 4 and up]

A Life Made by Hand: The Story of Ruth Asawa by Andrea D’Aquino

Sculpture is like farming. If you just keep at it, you can get a lot done.

It makes me so happy that Ruth Asawa is finally getting the attention that she deserves. Her wire sculptures look like delicate, floating objects, but that belies the strength of the structures. And that also describes Ruth Asawa; she was someone who created beauty out of nothing and found inspiration even in the worst circumstances. Had she not been female and Japanese American, it’s possible that the world would have known her sooner like her fellow college alumni: Merce Cunningham, Buckminister Fuller, and Josef Albers. But it’s never too late to celebrate her groundbreaking work! [picture book, ages 5 and up] 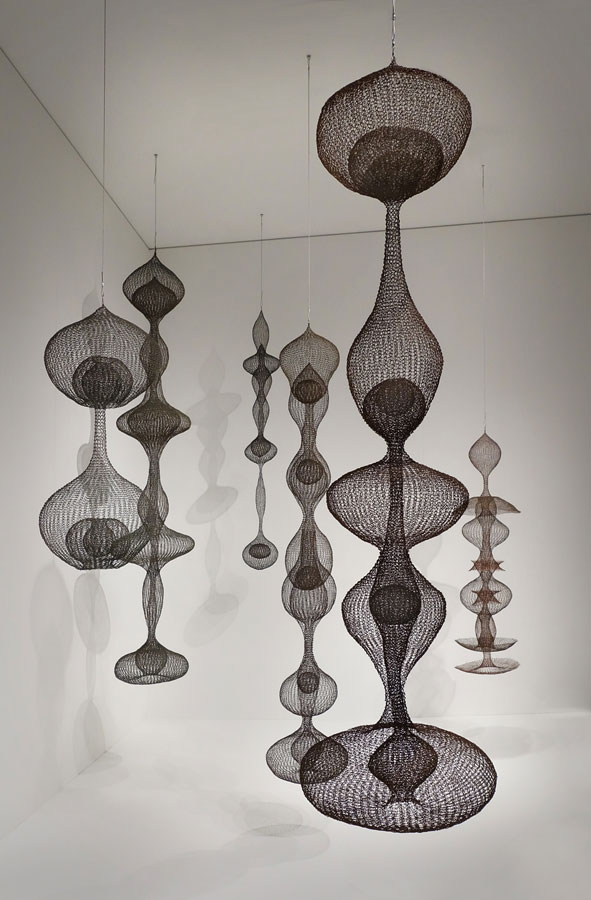 Yayoi Kusama: From Here to Infinity by Sarah Suzuki

Yayoi Kasama didn’t want to be proper Japanese lady like her mother wanted her to. She wanted to be an artist and live without rules so she moved to New York City. Her inspiration was dots, in many different forms. They inspired her with their resemblance to stars to represent infinity. Her work was met with great enthusiasm and soon it appeared all over the world. Finally, Japan was ready for a new way of thinking and Yayoi felt comfortable returning. She lives there today, still inspired and painting her dots. [picture book biography, ages 4 and up] 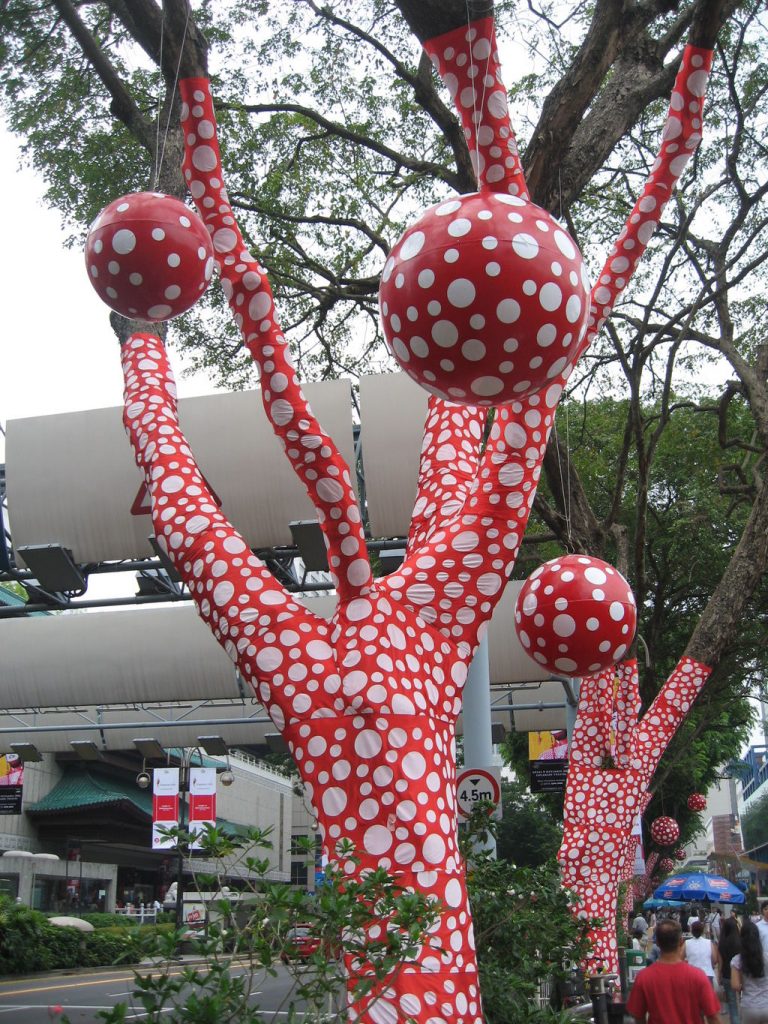 Yayoi Kusama, Yayoi Kusama’s Ascension of Polka Dots on the Trees at the Singapore Biennale 2006 on Orchard Road, Singapore

I’m excited to read this picture book biography. I have long admired Maya Lin’s public art monuments and it’s wonderful to see her in a children’s book. I’ll also happy that Dow Phumiruk is the illustrator; I loved her #KidLitSafetyPin artwork.

As a child, Maya Lin loved to study the spaces around her. She explored the forest in her backyard, observing woodland creatures, and used her house as a model to build tiny towns out of paper and scraps. The daughter of a clay artist and a poet, Maya grew up with art and learned to think with her hands as well as her mind. From her first experiments with light and lines to the height of her success nationwide, this is the story of an inspiring American artist: the visionary artist-architect who designed the Vietnam Veterans Memorial. [picture book biography, ages 4 and up] 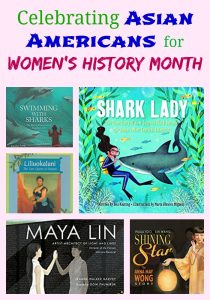