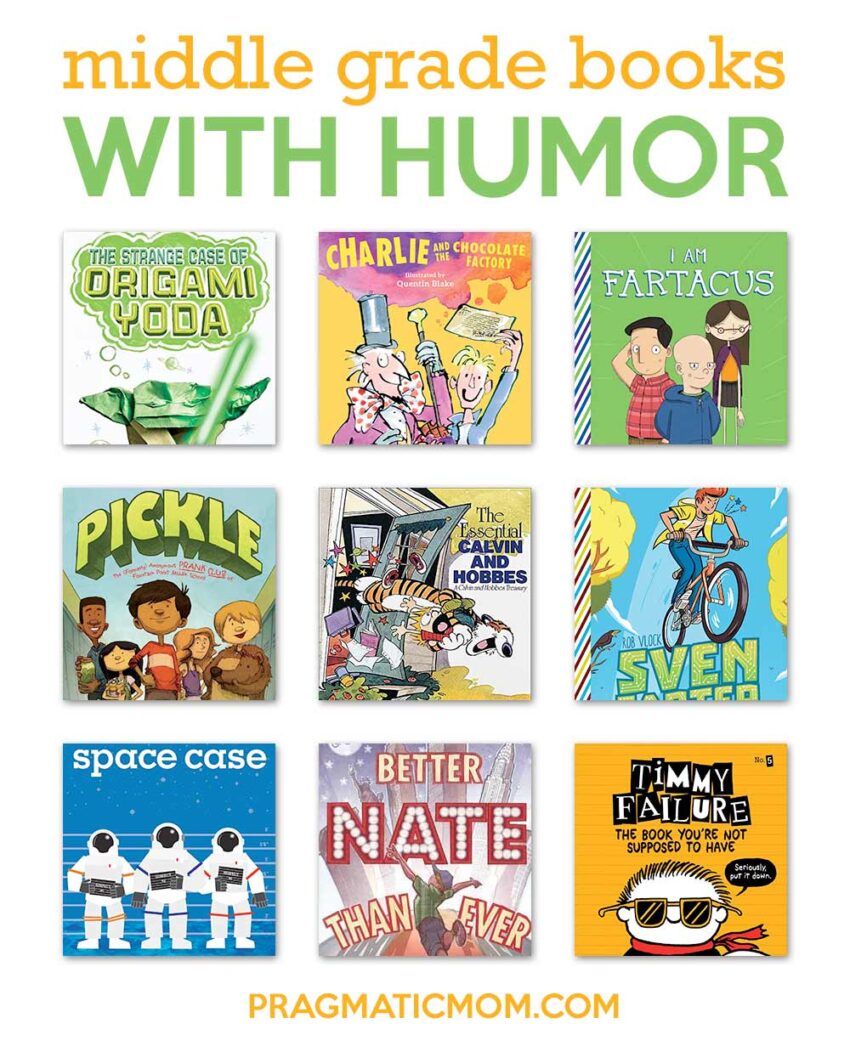 Please welcome author Mark Maciejewski with a book list on how to get boys reading, even reluctant ones. His answer? Humor! It works! He wrote a hilarious book about a bald, middle school outcast and we are giving away three signed copies!

Chub is a short, accidentally bald, middle school outcast with no chance of ever becoming one of the popular kids. With help from his personal band of like-minded misfits (not to mention tactics gleaned from the Colonel, a US military vet with toenail issues), Chub’s determined to bring down his nemesis, class hero and now potential class president, Archer, or the Arch—the very guy who betrayed Chub with the lice-killing potion that left him bald as a billiard ball. If the Arch gets to be president, Chub knows his life is officially over. [middle grade, ages 9 and up]

To enter to win, please fill out the Rafflecopter at the bottom.

I love to laugh, especially when I read. Some of my best memories as a kid were of losing myself in a giggle fit over a book (usually, one I shouldn’t have been reading at that age.) Back then there simply weren’t a lot of books written directly to middle graders, and of the ones that were, few of them were funny. So I ended up reading a lot of humor meant for grown-ups, which may or may not have had a positive effect on my developing brain.

Today, however, publishers have gotten smart. They realize that if you make a kid laugh, that kid will probably keep on reading. Nowadays there are tons of hilarious book written for the Middle Grade set. If you know a middle Grader who thinks reading is a bore, put one of these books in their hands, sit back and watch them crack up. You might just turn them into a reader, or God forbid, a writer.

Middle Grade Humor for Boys and Other Reluctant Readers

Pickle is about a prank club at Fountain Point Elementary School which is so secretive they operate a full-scale pickle-making club as a front for their operations. This book features a wonderful, diverse cast of characters who pull off one hilarious prank after another. I love Kim Baker’s comic touch and the way she creates a full cast of utterly unique characters, dealing with real-life challenges, that any middle school reader will completely relate to. [middle grade, for ages 8 and up]

Magic and Mobsters. Need I say more? Artemis Fowl is the son of an Irish crime lord who tricks a fairy into giving up her book of spells so he can use it for his own criminal enterprises. I love the way Colfer blends action, adventure, fantasy, and humor to make us root for a great Middle Grade anti-hero. I also hear there’s a movie in the works. Bonus! [chapter book series, for ages 8 and up]

I have a post on Eoin Colfer when I met him at the Mega Awesome Event.

Sven Carter and the Trashmouth Effect by Rob Vlock

Sven Carter is a normal BMX loving kid until a stunt goes wrong one day and his arm comes off. The weird part is it crawls back to him and reattaches itself. This is the first clue that Sven is not your average middle schooler. He soon finds out that he’s a synthetic humanoid created by the robots as part of their plan to destroy the human race. Short chapters, adventure, and TONS of laughs will hook kids from the first pages of this SciFi/Comedy. [middle grade, for ages 9 and up]

12-year-old Dash Gibson lives with his scientist parents in Moon Base Alpha, the first human colony on the moon. When a scientist dies under mysterious circumstances on the eve of announcing a major discovery, Dash suspects foul play, but nobody believes him. He has to solve the mystery himself, without becoming the next victim.

Gibbs gives us the ultimate locked-room mystery, ON THE MOON! This book is full of science, intrigue, and suspense all flavored with his light, humorous touch. [middle grade, ages 8 and up]

Better Nate Than Ever by Tim Federle

*Tim Federle has been accused of sexual misconduct.

From the very first page, Nate’s voice will have you rolling with laughter as you follow him on his journey from Jankburg Pa. to New York City to become a Broadway star. The only problem is his parents don’t know he’s gone (and he has no clue what he’s doing.) Humor, heart, and poignancy abound as Nate sets off alone to become who he wants to be. This is a story about embracing your true self, and following your dreams. [middle grade, for ages 8 and up]

Timmy Failure and his business partner Total (who is a polar bear) run perhaps the greatest detective agency in the world, in this hilarious, heavily illustrated series. Pastis’ simple, yet hilarious illustrations perfectly accentuate Timmy’s obliviousness as he tries to solve various mysteries. But there’s a lot more at play. These books also brush on more serious issues of poverty and single parenthood. These books read almost like a “diary” type book but have more cohesive narratives, so they are a great segue from Wimpy Kid to more complete novels. The fast, funny text and hilarious artwork mean kids will tear this series up. [middle grade, for ages 8 and up] This is my son’s Drop Everything And Read (DEAR) book.

Oliver Watson pretends to have the IQ of a bag of sand in order to keep a secret, that he is actually an evil genius, and the third richest person on earth thanks to internet stock trading. Of course, Oliver plans to take over the world, but that turns out to be easy compared to his biggest challenge, winning the election for class president.

I admit it, I love a good anti-hero, and Oliver is one for the ages. [chapter book, for ages 10 and up]

Not a chapter book, but if you want to get a kid to want to read, this is the ticket. Watterson quit writing Calvin and Hobbes comics in 1995, but they are every bit as fresh today as they were two decades ago. Most boys will relate to Calvin and his stuffed tiger come-to-life, Hobbes as they bounce around the wonderful world of childhood looking for adventure. I’ve recommended this to countless reluctant readers because the short format lets them feel a sense of progress, as opposed to a novel which can feel like an endless slog to a reluctant reader.  Before kids know it, they are fully engrossed. Isn’t the best book for a reluctant reader anyone they can’t put down? [comic series, for ages 8 and up]

What kid doesn’t like Star Wars? Book 1, The Strange Case of Origami Yoda chronicles Tommy’s investigation of the mysterious title character. Everyone in sixth grade thinks Tommy’s friend Dwight is clueless, so when he makes an origami finger puppet of Yoda and sticks it on his finger one day, no one thinks twice. But when Origami Yoda starts predicting the future and giving kids amazing advice, the whole school lines up for their turn to talk to the tiny, paper Jedi. Tommy must decide if Origami Yoda is really the wise master he seems, or if it’s just Dwight goofing around before he takes the paper prophets advice on a very important matter involving a girl. Funny, fast, subversive, and full of Star Wars references, hook young readers this book will. [chapter book series, for ages 7 and up]

It’s easy to think kids will only go for the latest and greatest thing, but I’ve never met a kid of any age who doesn’t love Roald Dahl. His body of work is the definition of humor, heart, adventure, and imagination. They’ve been hooking kids on reading for generations. If you’re worried that your reluctant reader won’t go for a boring old classic, pick up one of the new editions with a modern-looking cover. They’ll never know! One word of warning: Dahl wrote for adults as well, so make sure you don’t hand a kid one of those. [middle grade, ages 8 and up]

Bottom line: Even if your reluctant reader prefers comics to classics, just get a book in their hands.

Win 3 Signed Copies of I AM FARTACUS!

We are giving away 3 signed copies! To enter, please fill out the Rafflecopter below. We can only ship to U.S. addresses. 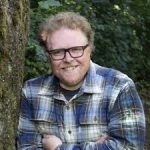 Mark Maciejewski lives in Seattle, Washington with my wife and four kids. He has 2 dogs, 2 frogs, 6 glow-in-the-dark fish, and a cat he’s “borrowed” from our neighbors. When he’s not writing he loves to golf, fish, garden, and read, especially scary and humorous MG through Adult books.

His first novel, I Am Fartacus is from Simon & Schuster/Aladdin. The sequel, Fartacus #2: Electric boogerloo is scheduled for release in 2018.

Top 10: Funny Picture Books to LOL with Your Child 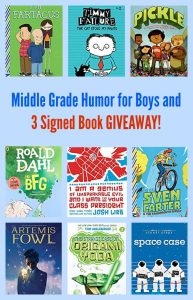